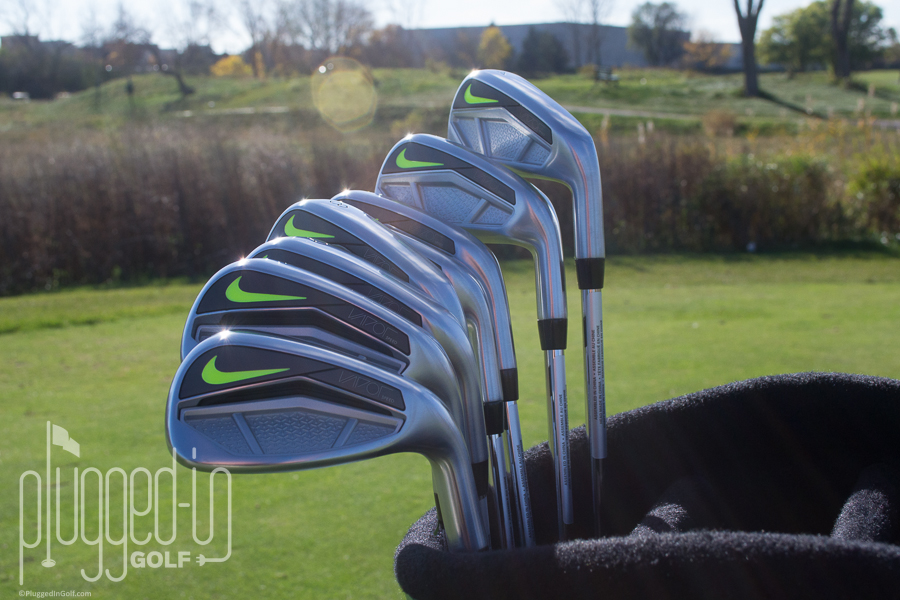 The Nike Vapor Speed irons capture the advanced engineering profile that’s often synonymous with the brand in other arenas.  The performance of these irons is indicative of the great strides Nike has made in the golf equipment world. 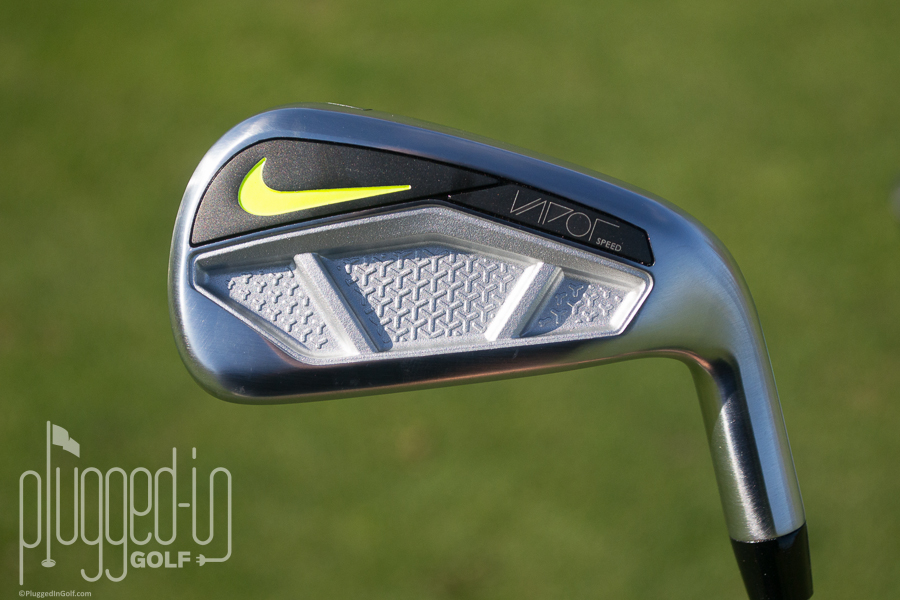 Admittedly, like many others, I have been somewhat cautious when it has come to accepting Nike Golf equipment and thinking it belongs in the same conversation as a lot of the other top brands.  After last year’s Covert 2.0 range, I was truly convinced that Nike has brought their forward-thinking and progressive mindset from other sports over to the golf world and firmly planted themselves at the top of the game.  With the new Vapor line, Nike not only continues to crank out great clubs, but they’re showing that there is no ceiling when it comes to developing new ways to improve golf equipment.  The Nike Vapor Speed irons are one of the best game improvement irons I have ever seen. 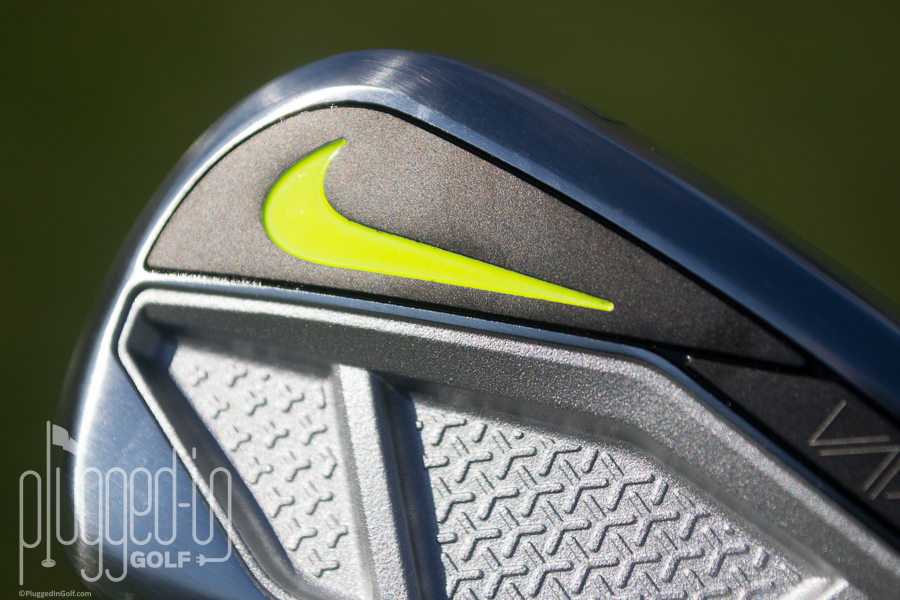 Thick soles, fat top lines, maximum offset, and large heads are words often used for game improvement clubs.  No joke, I had to look up if the new Nike Vapor Speeds were actually supposed to be Game Improvement irons.  Yes, at address, they are a bit longer from heel to toe, but they don’t scream “oversized shovel” at all.  The top line is thicker than a blade, but isn’t offensively large.  The soles of the club are definitely forgiving in size, but again, are not massive and are an appropriate size for a comfortable and confidence-inducing golf club.

The Vapor Speeds are a brilliant combination of structured lines, bright colors, and simplicity.  While there is a minimum amount of wording, the neon yellow swoosh on a black background provides a nice to-the-point statement.  Paired with simple lines and an almost diamond plate finish in the cavity, the Vapor Speed irons scream business and performance. 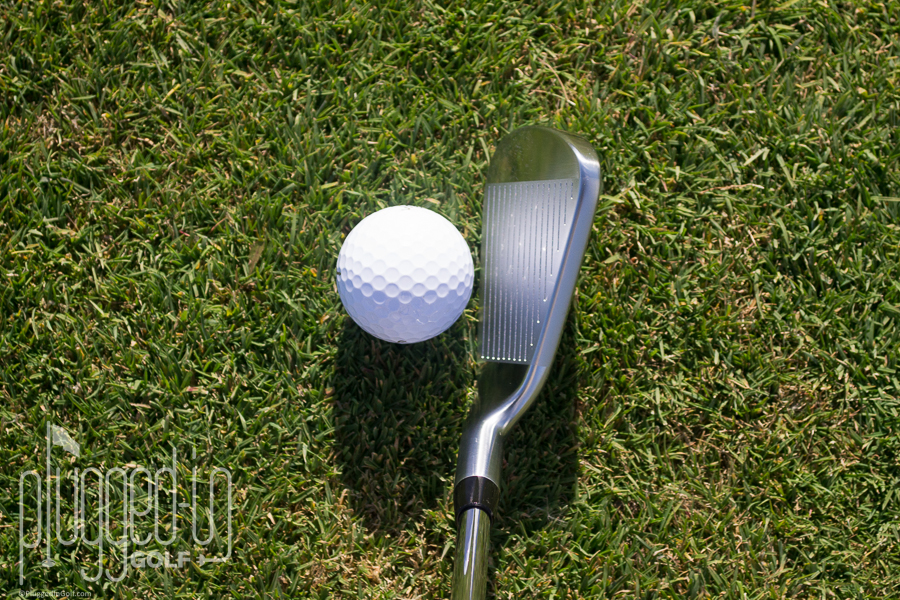 Honestly, in this modern era of golf, I feel like I never know what to expect for sound and feel from a new game improvement iron.  They have come such a long way in forgiveness and distance with new materials and designs that the feel is often so neutral and the sounds may end up more like a hybrid.  Once I settled into the Nike Vapor Speed irons, I once again was shocked that this was GI iron.  Aside from being easy to hit, the club face had much more response than I would expect out of game improvement iron, and it sounded like…well…a golf club hitting a golf ball.  I’m not going to sit here and tell you it sounded like a Japanese cold forged iron striking a ball dead in the sweet spot, but it sounded like a good ole normal golf club.  It was fantastic and refreshing.

Going back to the feel of the club, the Vapor Speed really has a nice blend of responsiveness and forgiveness.  It’s hard to dial in a club to do both.  What I mean here is that the mishits are not painful at all, but the club let’s you know where you hit it. 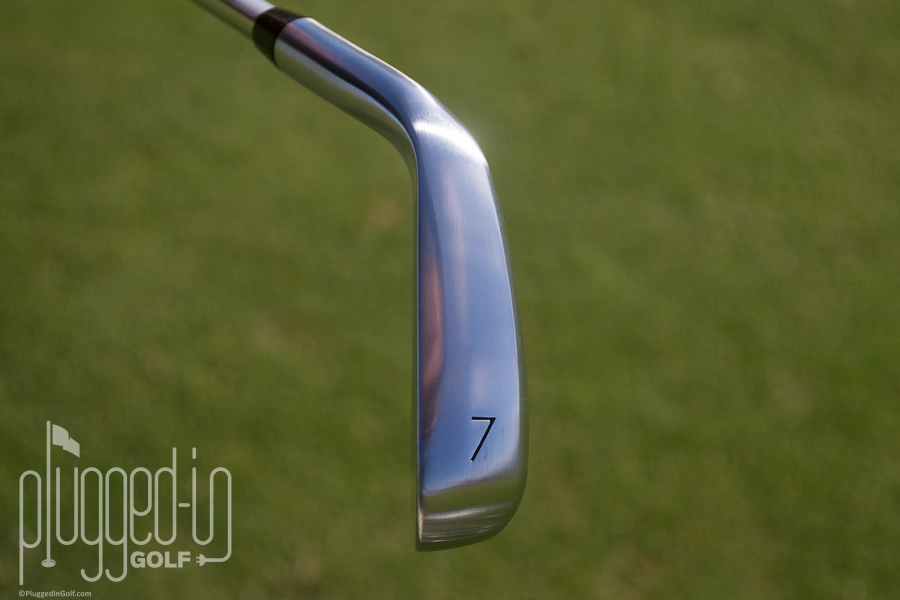 I think if I paired this iron with a different shaft, I may actually find more distance than I had with the Pro Combo.  I occasionally found myself getting the ball a little higher than normal and it cost me a bit of distance.  That said, on mishits, I had much higher ball speed with the Speeds than I did with the Pro Combos so I managed to lose a lot less distance than I normally would.  This is exactly what I’m looking for out of a game improvement golf club.  This can be attributed to the FlyBeam which Nike used to reinforce the hollow-cavity in the long irons.  According to Nike, this helps drastically in maximizing stability of the club on off-center hits. 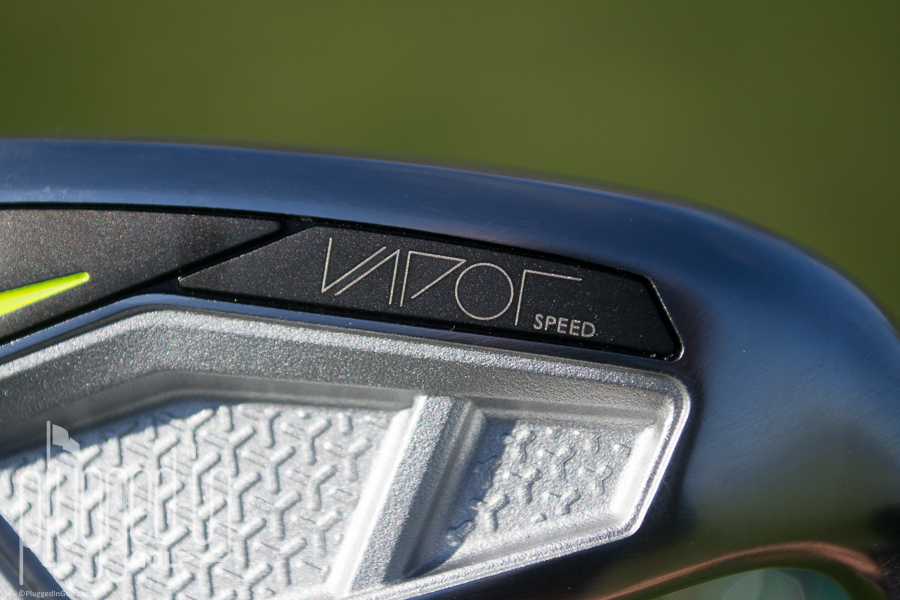 The world of Game Improvement golf clubs is probably one of the most tricky compromises in the golf equipment industry.  There are plenty of golfers that don’t play enough to really dive into an advanced skill club, but are ready to graduate from their massively oversized heads and offset.  The Nike Vapor Speed irons might be one of the best sets I’ve ever seen for this player.  My buddy, Bob, comes to mind.  He’s a really good golfer, gets around the course nicely, but doesn’t play blade irons.  He’s used to Game Improvement clubs, has had success with them, and doesn’t need that to change.  The Vapor Speed would offer the same forgiving performance, while at the same time providing similar benefits of a player’s club like a cleaner, smoother look and better responsiveness across the face of the golf club.

If you look back on our reviews, you’ll find a common theme: you better pay attention to Nike golf clubs.  Nike keeps cranking out better and better equipment with each new generation.  It’s important to remember that Nike is a global leader in athletic research and design, and success follows them pretty much wherever they go.  Even if you’re late to the Nike Golf party, I can promise you that it’s only going to keep getting better.