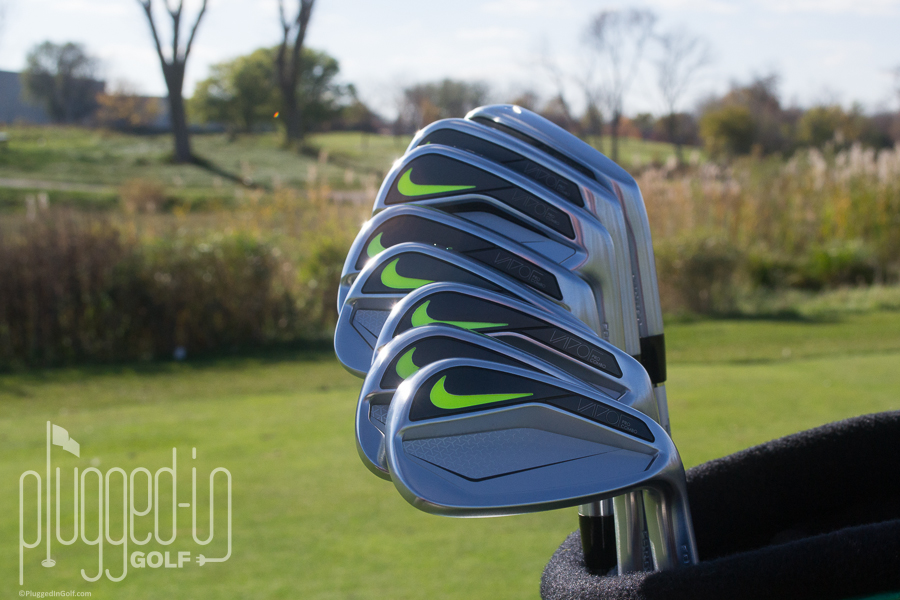 The Nike Vapor Pro Combo Irons are easily one of the best sets for the better player.  Easy-to-hit long irons blended with precision scoring irons.  Seamless transitions from one club to the next.

Nike has released a number of fantastic combo iron sets over the last twelve years, but none has arrived with the fanfare of the Vapor Pro Combos.  Powered by Nike’s “Modern Muscle” technology, these irons boast perfectly centered sweet spots, something few, if any, other players irons can claim.  Just as important, the center of gravity of each club is precision engineered to deliver optimal ball flight. 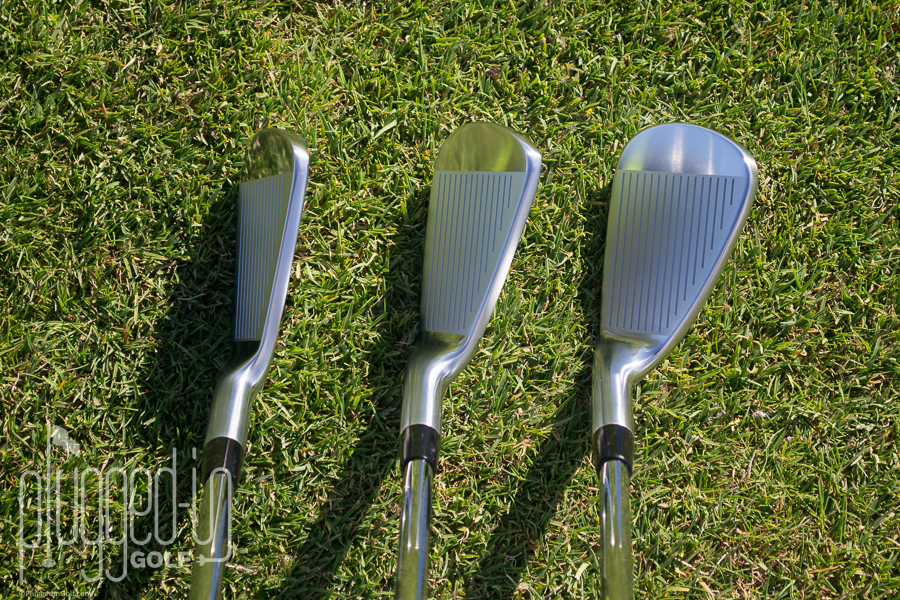 If you’re going to get better players to bag an iron, it has to look great, and the Nike Vapor Pro Combos do.  The toplines are, in my opinion, perfect.  They’re not so thick that they look like shovels, but they’re not so thin that they’re scary.  The offset is minimal throughout the set, and the shape of the blades is slightly square without being boxy.

The thing I like most of all is that this combo set doesn’t look like a combo set.  There isn’t a clear transition from the long to mid to short irons; everything just flows from one club to the next.

It’s also worth mentioning that these irons have tons of in-bag appeal.  I love the big Volt-colored swoosh on the toe, the details in the cavity, and even the font of the numbers of the irons.  As usual, Nike went the extra mile to make sure that these irons were the complete package in terms of looks. 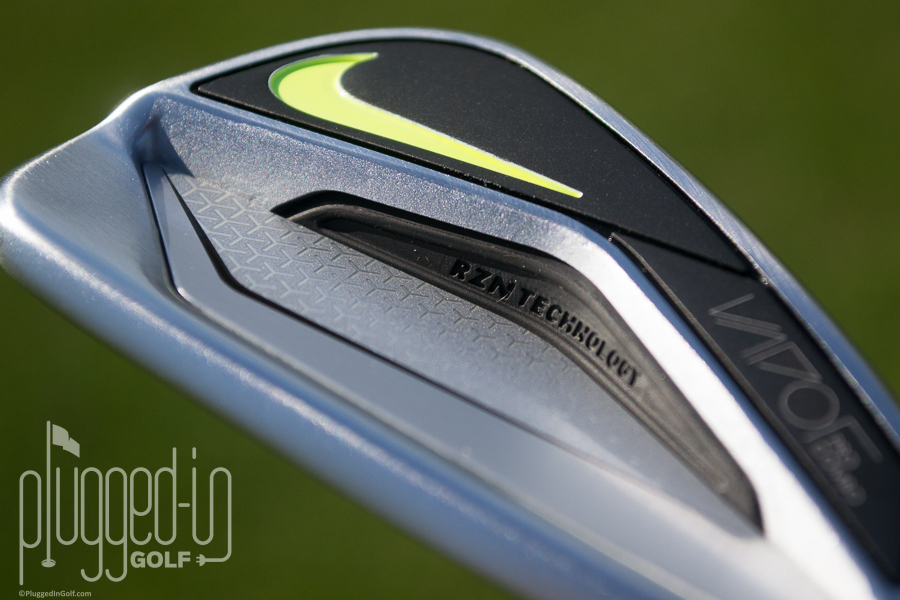 Good swings are rewarded with a soft feel and a quiet impact sound with minimal “click.”  Hitting the ball on the toe or heel feels firm and sounds a bit louder.

In judging a combo set, I want to ask two questions: do the long irons have forgiveness and do the short irons allow for precise shot-making.  With the Nike Vapor Pro Combo irons, the answer to both questions is, “Yes.”

Regular readers will know that I’m not one to exaggerate my ball striking ability – I can miss the sweet spot with the best of them – but the 4-iron from this set made me seriously consider putting more long irons into my bag.  Shot after shot, I was getting consistent distance, trajectory, and outstanding accuracy.  For someone whose iron set stops at a 5-iron, this was quite a pleasant surprise.  If you’re already playing a 4-iron, and have a swing with plenty of horsepower, you may even want to consider the 2I and 3I that are available through custom order.

With the short irons, you’ll only be limited by your own ability.  With the right swing, I was able to work the ball both ways and control trajectory easily.  The club does not fight you – it’s a blank canvas for your swing.  The perfectly centered sweet spot also becomes more apparent, and more of an asset, in the short irons.  I used some impact tape during testing and confirmed that shots anywhere on the heel-side of center actually felt like heel shots.  For players with a tendency to hit the heel of the club, this centered sweet spot helps to correct that bad habit instead of reinforcing it and bringing the dreaded S-word into play.

Finally, I want to remark on the excellent choice that Nike made in using the True Temper DG Pro as their stock shaft in this set.  Not only is this a great feeling iron shaft, its flighted design enhances the performance of this set perfectly. 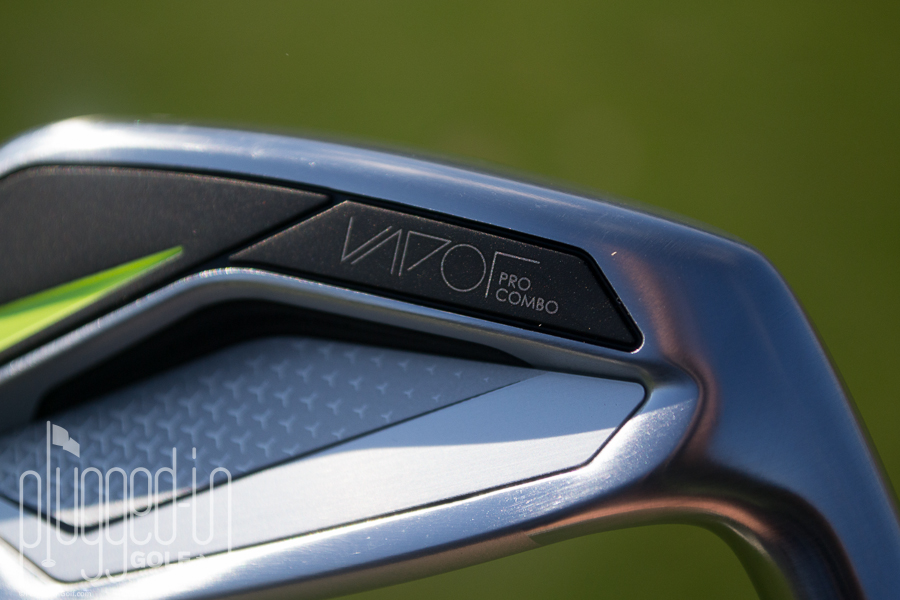 Whether you’re already a scratch player or aspiring to be one, I think the Nike Vapor Pro Combo iron set is one of the best available.  It’s a set that makes no compromises in terms of looks or feel, delivers forgiveness and help in the long irons, and offers the ability to hit precision shots with the short irons.