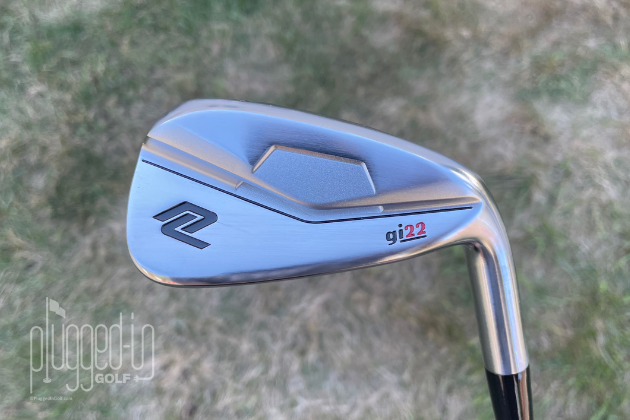 The New Level gi22 irons are easy to swing, maximize forgiveness, have a blade like feel, and help find greens more often than not. 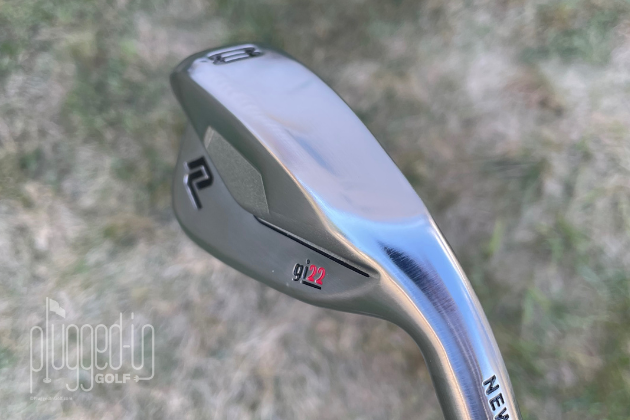 New Level is a small operation with almost three decades of experience.  That experience is what you get when you order from them.  While they may be a small player in the golf market, their clubs are all built to suit.  This typically yields a higher price, but New Level’s dedication to the consumer keeps prices lower than most of the larger manufacturers.  We reviewed the New Level gi22 to find out what type of player these irons would benefit the most.

Want to ditch some long irons? Check out the New Level NLH-01 HERE 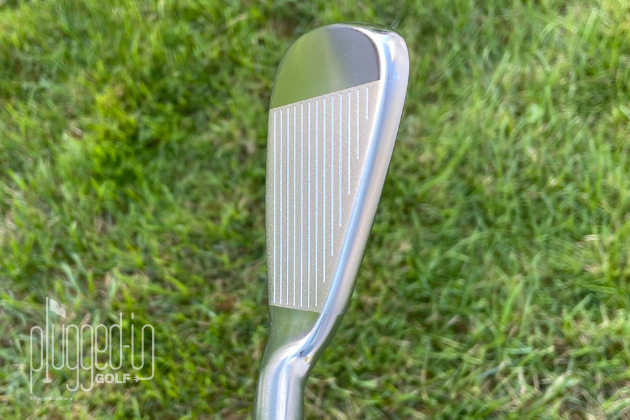 The New Level gi22 irons are just what I would expect in a game improvement iron – large and wide.  What I didn’t expect is how sleek they would look in person.  The back resembles something you would find in a blade iron – clean with simple lines.  The sole is beefy but doesn’t stick out the back at address, while the top line is moderate in size.  Heel to toe, there is a healthy amount of club head which provides plenty of confidence over the ball.

The badging is simplistic with just the “NL” and “gi22” logos stamped on the back of each iron.  Oversized numbers cover the majority of the toe to identify each club.  The phrase “less is more” truly applies here.  New Level didn’t do too much with the design, and its simplicity is what makes these stand out in a crowded world of busier game improvement clubs. 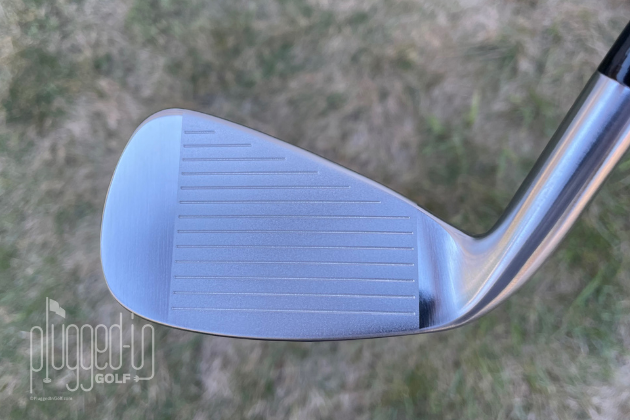 I was surprised by how much I enjoyed the sound and feel of the New Level gi22 irons.  The majority of shots generate a low muted “snap.”  I have to admit, I would not have expected such pleasurable feel from a game improvement iron.  As I hit these more, I was only able to distinguish the few extreme strikes towards the toe or heel.  These poor swings delivered a more “clicky” sound with a moderate amount of feedback through the hands.

The New Level gi22 irons blend a hollow body head with a proprietary pocket to create that addicting sound and feel at impact.  This unique pocket reduces the vibration felt with contact in less than optimal areas.  This is ideal for the player with a slower swing speed or who lacks consistency in finding center contact. 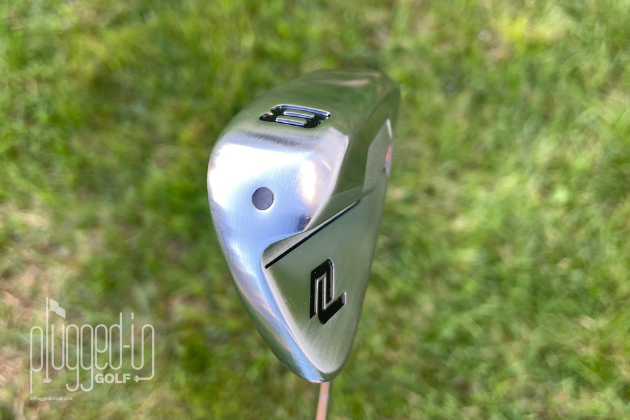 When I got these on the course, the forgiveness factor was evident.  The wide sole made it easy to get through the turf while the oversized head made finding the face a breeze.  I didn’t need to strike it perfectly to hit decent shots.  Even though I expected forgiveness, watching my ball land on the green after a bad swing was a welcomed surprise and a benefit I think many golfers will enjoy. 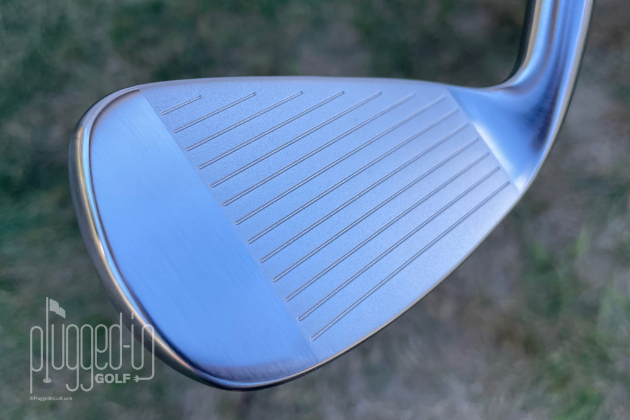 When I think of game improvement and the New Level gi22’s, I think of a balanced club head.  I mean this in regards to getting the ball up in the air quick and headed straight towards the target.  New Level’s latest iron embodies this.  Every ball jumps off face and effortlessly launches high in the air.  It’s as if this club wants to make you swing with better tempo because the club is going to do all the work.  It never feels like you have to muscle it.

Ball speed was superb and while spin was slightly lower than a players iron to maximize distance, there was still enough spin to hold a green.  Even the five iron had no issues settling quickly without much rollout.  The New Level gi22 irons come in at just under $100 per club, which is significantly less than its competitors.  Plus, with all the no up-charge customizations, there is plenty to love about these. 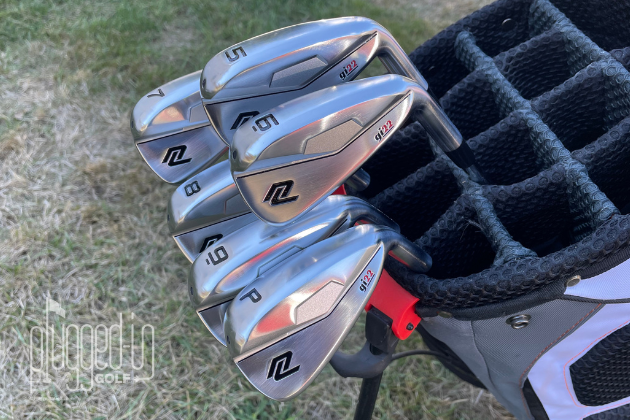 The New Level gi22 irons are forgiving with effortless distance at an affordable price.  Golfers are going to be surprised with the buttery feel and stellar performance that New Level offers in the gi22s.  It seems they have perfected the game improvement iron that is both aesthetically pleasing and consistently easy to hit. 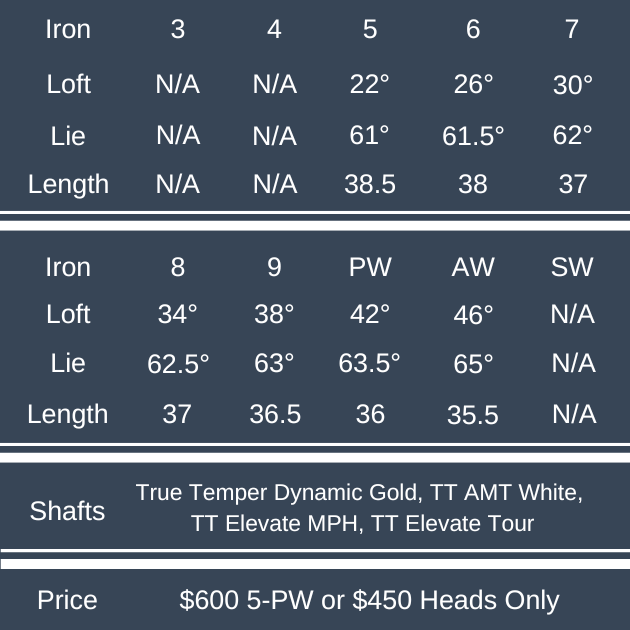