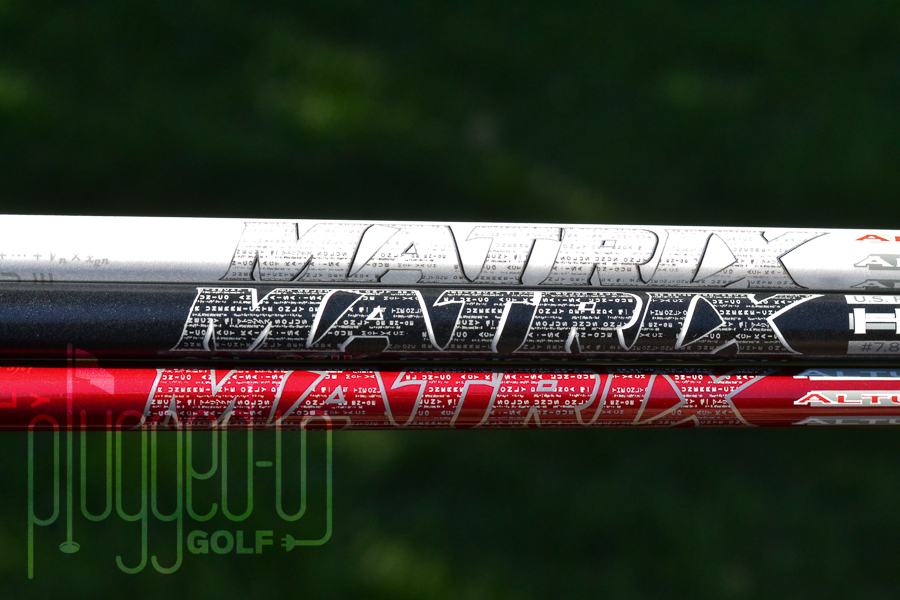 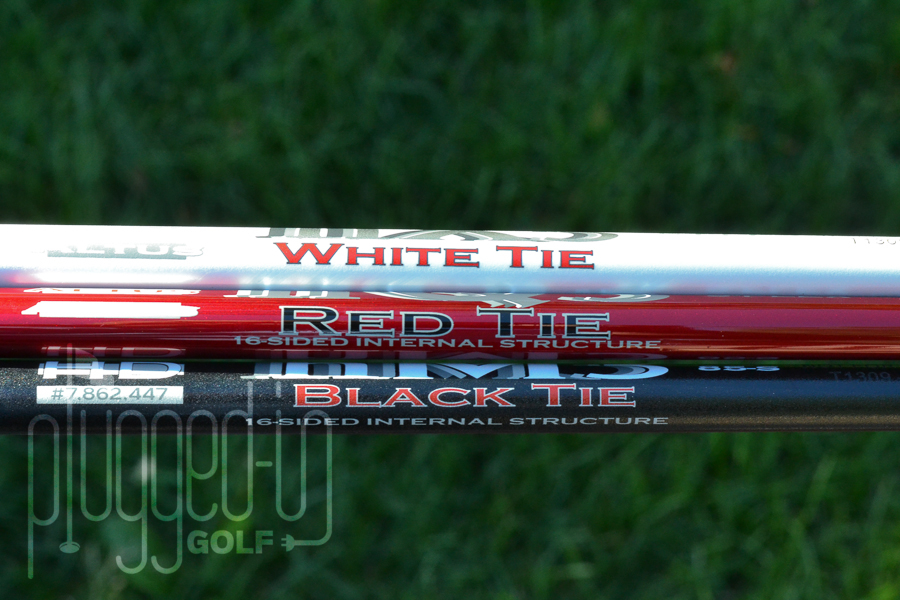 When I found out I was going to be reviewing the latest Ozik Altus hM3 Black Tie, hQ3 Red Tie, and hX3 White Tie hybrid shafts from Matrix, I was more than excited.  I have had at least one Matrix hybrid shaft in my bag for the last four years because I have found them to be extremely reliable and easy to hit.  My expectations were high and would be pretty tough to beat.

Matrix brings you the OZIK Altus MFS Series, the ultimate fitting solution for hybrids. With three models to choose from all based on your preferred launch angle, finding a hybrid shaft has never been easier. 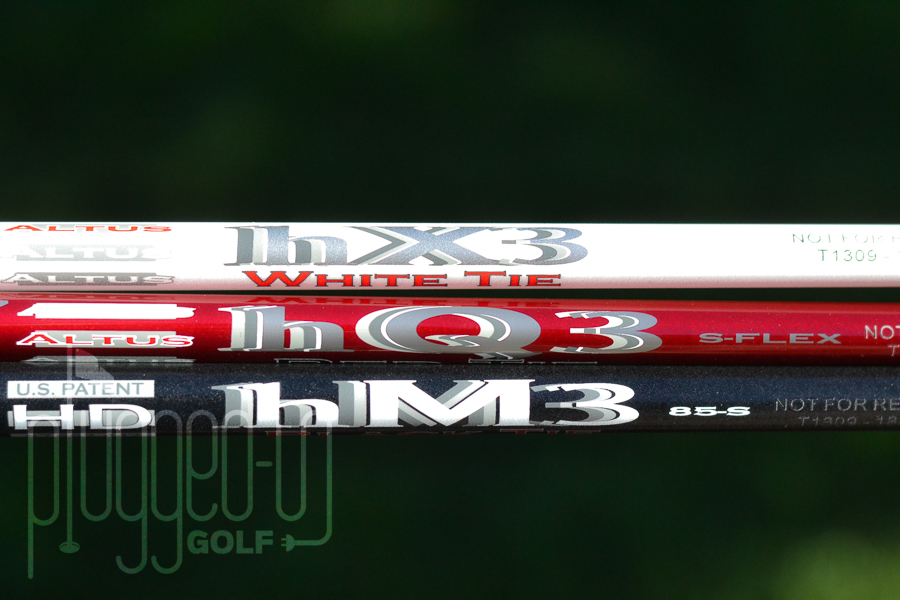 All three shafts look pretty solid.  They aren’t loud, but they aren’t super boring.  The Black Tie has a nice textured matte black finish.  The Red Tie and White Tie are pretty simple.  The most exciting part about the look are the “rain” graphics in the letters of the Matrix logo and on the shaft between the grip and the logos. 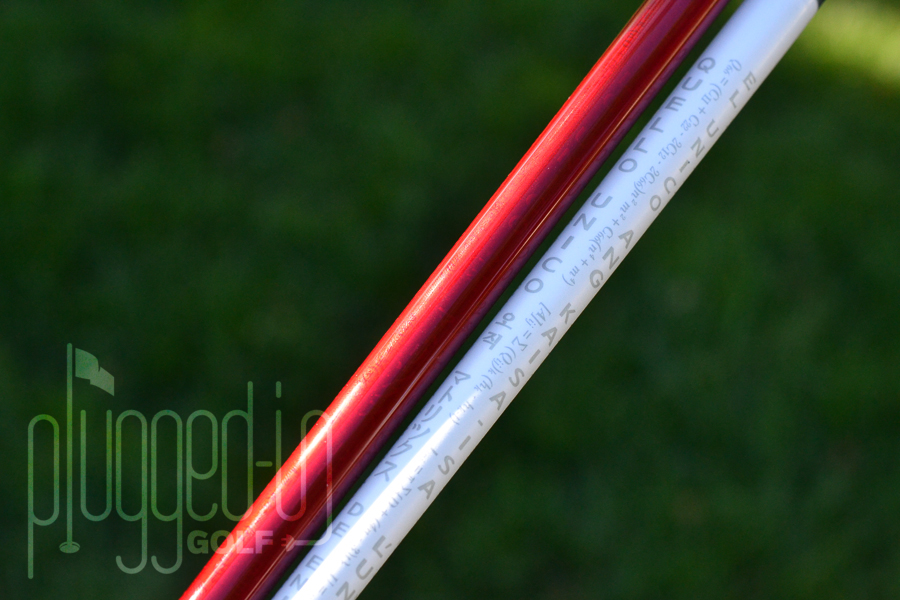 I was the most anxious to get the Matrix Ozik Altus hM3 (Black Tie) installed and in play.  I had heard great things about it, and I finally got to see what all the hype was about for myself.  Now, I don’t want to say I was disappointed, but I wasn’t thrilled with it at first.  This does not mean it isn’t a great shaft, but it feels much different than the Matrix hybrid shafts I have used in the past.  The shafts I’ve played are smoother with more kick; the hM3 is a very stout shaft meant for only the fastest, most aggressive swingers.

Next, I brought out the Ozik Altus hQ3 (Red Tie).  The first shot I hit with this shaft felt like the best hybrid shot I had ever hit in my life.  Simple as that.  My first thought after contact was “Well, this is staying in the bag.”  Naturally, I came back to reality and had to adjust to the new shaft a little bit, but once I settled in with it, I was right back in that happy place of excellent feel I have come to expect out of Matrix hybrid shafts.  You’ll notice a definite kick, but you don’t have to do a lot of work to load and unload the shaft.

Finally, I gave the Ozik Altus hX3 (White Tie) a shot, though I was certain it would not top what I had just encountered with the Red Tie.  I was 100% wrong.  I was expecting this shaft to feel whippy, but again, I was totally wrong.  This shaft was very responsive and stable.  It didn’t have as strong of a kick as the Red Tie, but it certainly had a nice smooth feeling transition when unloading.  The White Tie was definitely the surprise out of the group, and had the best feel of the bunch for me. 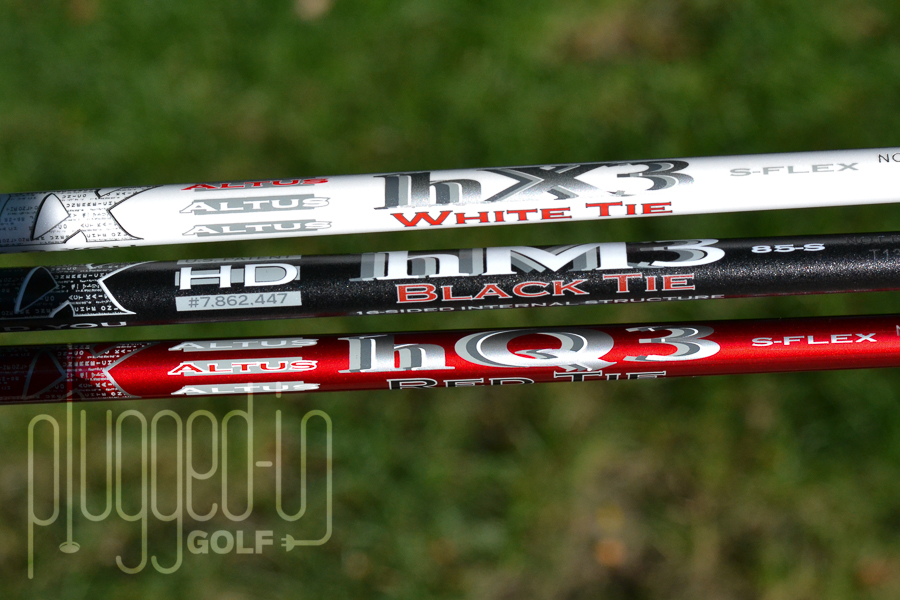 My first shot with the Matrix hM3 Black Tie was not all that great, but it certainly stayed nice and low.  I hit it about 200 yards in the air and it never got higher than about 20 feet off the ground.  It was dead straight and rolled about another 35 yards when it hit the ground.  Though the result was alright, I’m looking to carry a 17º hybrid a little further than that and put a much higher flight on the ball.  Once I was able to adjust to Black Tie, I managed to hit a lot of piercing shots with a nice low trajectory that produced anywhere from 10-20 yards of roll for me.  The low piercing flight of this shaft was a definite plus on the windy day I had for testing.  The wind had virtually no impact on the ball at all.  As far as workability, I found the Black Tie to be a bit of battle: my shots were either dead straight or they had big curves.  I had a very hard time hitting small draws or fades with this shaft.

Ultimately, the hM3 does exacttly what it claims to do: it keeps launch and spin very low for players who need that.

I found the Matrix hQ3 Red Tie to be much easier to hit.  The ball also had a nice piercing flight, but a higher trajectory and a much softer landing than the Black Tie.  This shaft doesn’t have the ball stopping dead in its tracks, but it will not roll out for days on you either.  The Red Tie will give you a nice option for a 230 yard shot where you’re just trying to land and hold the green.

I was also pleasantly surprised with my ability to work the ball with the Red Tie.  This shaft was very easy to bend both directions.  It was also easy to hit a little higher, but tough for me to knock down and hit a lower trajectory shot.  A better golfer may be able to knock a shot down easier, but I struggled a bit to get this done on a consistent basis.

Here is where it all came together for me.  Based on specs, I was expecting the Matrix hX3 White Tie to balloon on me, to be too soft, and to be a short-lived demo.  Well, interestingly enough, this shaft proved to be my absolute favorite out of the three.  Again, I had a nice piercing flight, and the ball seemed to keep rising as it traveled.  Once it hit its apex at approximately 220 yards, it would drop straight down, take a few bounces and come to a rest making it a perfect option for those unfair Par 3’s that are anywhere from 220 to 235 yards.

Like the Red Tie, it was pretty easy to shape shots both directions.  I can’t tell you I was able to hit a low flying shot with this shaft, but that’s fine for me with this club: I’m not bagging a 22º hybrid to hit low shots.  I’m able to play this shaft anywhere from a middle to high trajectory, consistently shape the ball both directions, and know exactly what my club is going to do on every swing.  Predictability is a key characteristic in a golf shaft, and the White Tie definitely gives you that.  It genuinely felt like all I had to do was put a decent swing on the ball and the club would take care of the rest.

The White Tie will be staying in my bag for the immediate future in my 22º hybrid, and I was perfectly happy with what I was already playing. That should alone should be enough to tell you what I think about it. 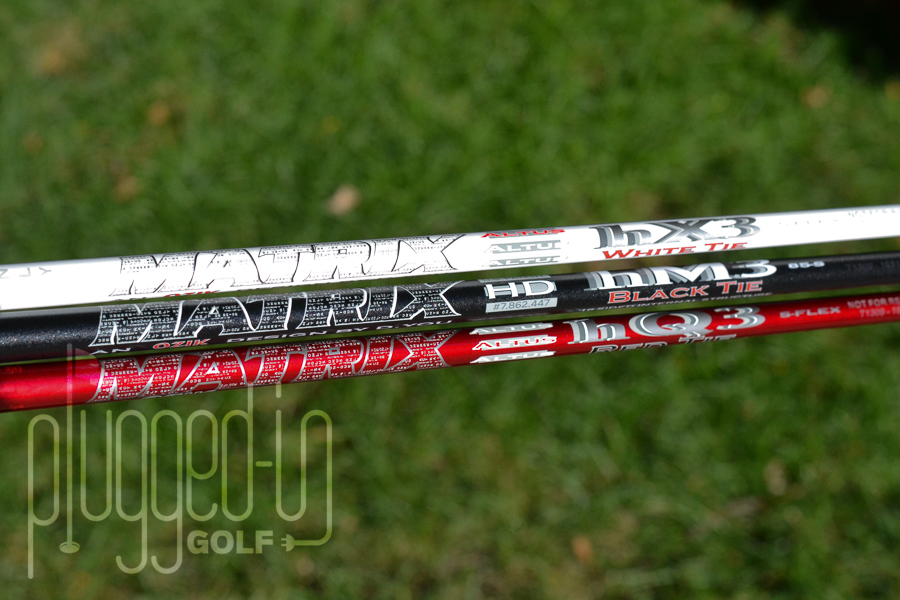 While the Matrix Ozik Altus hM3 Black Tie is an incredible shaft, I think it’s a niche product for guys with tons of swing speed.  Fortunately, Matrix offers the HQ3 Red Tie and HX3 White Tie for those looking for something a little easier to play.  No matter your ability, Matrix makes the decision making process easy by clearly defining the characteristics of the shaft so golfers can confidently hit the course with the proper shaft in their hybrid.