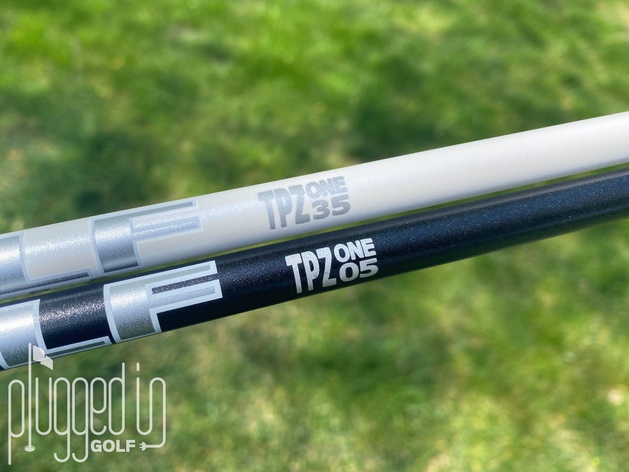 The LAGP TPZ putter shafts offer a very clean impact sensation and stable feel during the stroke.  Different weight offerings allow players to create putters that suit their preferences.  A standout look on the green. 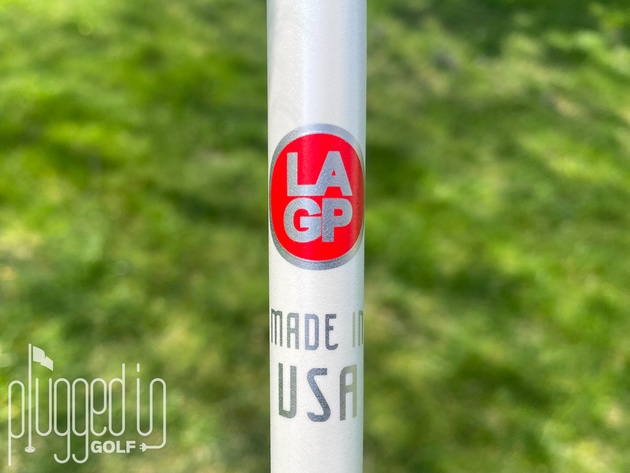 Despite being a young company, LAGP is making a lot of noise on the PGA Tour.  Part of that comes from being the official shaft of Bryson DeChambeau, but they’re also gaining traction in an unusual area: putter shafts.  Their TPZ putter shafts are being used by some of the most recognizable names on Tour, which made me wonder if recreational players should be giving them a try, too.

Before we jump in, I want to thank SWAG Golf for their help with this review.  SWAG generously provided Handsome One putter heads so we could test these shafts head to head in real time. 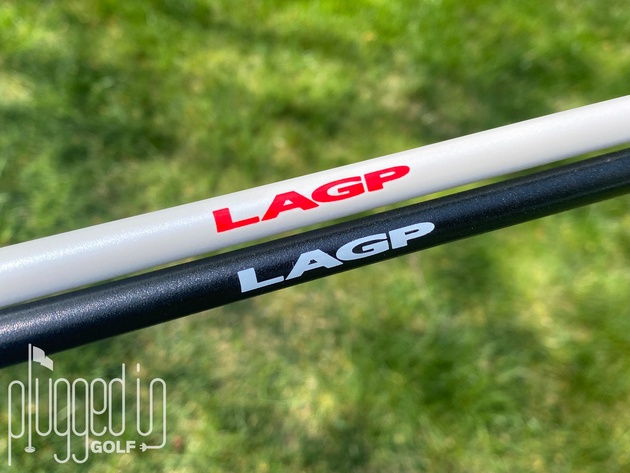 LAGP went bold with the TPZ putter shafts – there will be no question that you’re not playing plain old steel.  The TPZ putter shaft features large “LAGOLF” branding on one side and the signature red LAGP logo near the handle.  Installing the shaft logo down creates a clean look at address.

The TPZ shafts are offered in both white and black, but let’s be honest, you’re getting white.  No one is dropping $420 on a putter shaft to blend in. 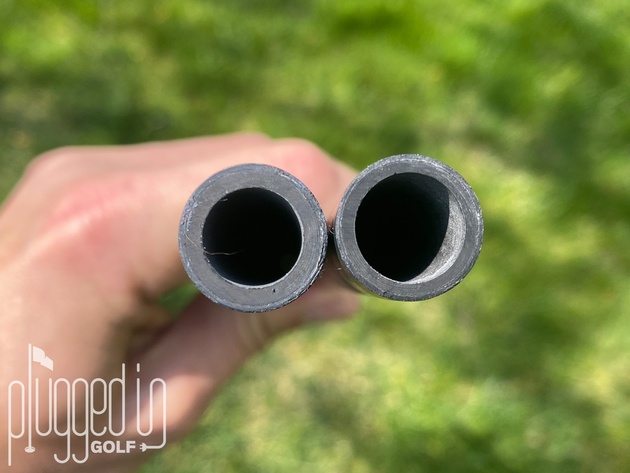 There are three versions of the TPZ putter shaft – the TPZOne05, TPZOne35, and TPZOne80.  The One80 is meant for armlock putters and was not tested for this review.  The obvious difference between the One05 and the One35 is weight.  Uncut, the One05 weighs 105 grams and the One35 weighs a beefy 139 grams.  Beyond the weight difference, LAGP suggest that the TPZ 105 “reduces the transitional load.” 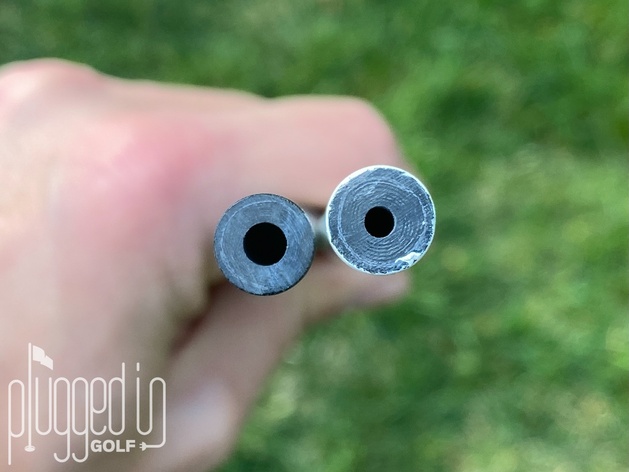 When I installed the two TPZ putter shafts, I found that both are substantially counterbalanced.  The TPZOne05 created a swing weight of D2, the TPZOne35 played at D1.  This compares to steel at D7 with the same putter head and grip.

Impact with both shafts feels extremely soft and clean.  As I’ve found with other high end putter shafts, the TPZ soaks up any of the “noise” at impact, particularly on mishits, leaving you with the pure sensation of steel meeting urethane. 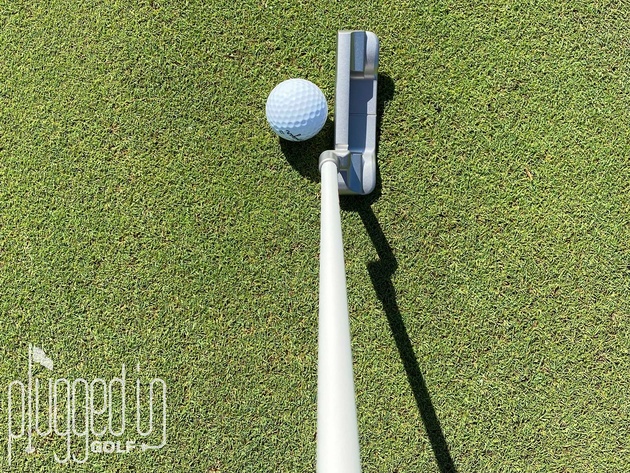 LAGP claims that the TPZ is “stiffer than all other shafts on Tour.”  Further, “this…eliminates any of the wiggle or deflection of the putter head caused by traditional shafts.”  Like most claims related to putter shafts, I don’t have the data to confirm or deny these statements, and will instead relay my experiences.

In my hands, both the TPZOne05 and TPZOne35 felt very stable on putts of all lengths.  There was very little, if any, movement or flex in the shaft, even on very long putts.  Both shafts also held firm on mishits, seemingly minimizing their impact.

To me, the most notable changes from steel to the TPZ shafts were the weight and swing weight.  With both shafts, the swing weight was substantially reduced, which I found beneficial.  While I putted well with the TPZOne05, the heavier TPZOne35 really hit a sweet spot for me.  Even at very long distances, I was hitting every putt putt pure which led to superior distance control. 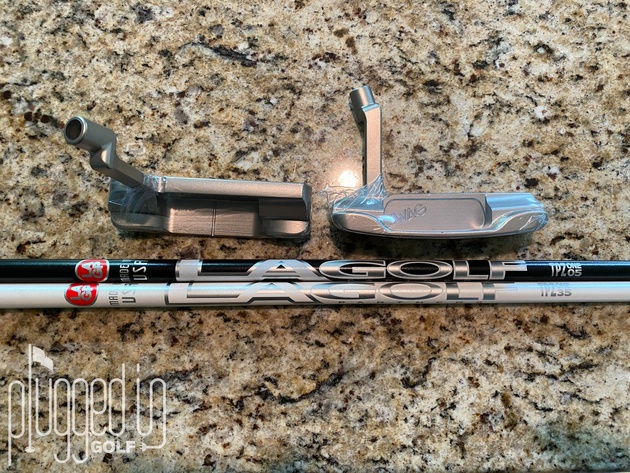 If you find a fitter who has both the TPZOne05 and TPZOne35, I would encourage you to give them a try.  These shafts offer unique combinations of weight and swing weight that some players will find extremely beneficial.

Both the TPZOne05 the TPZOne35 are offered in .355 and .370 tip diameters.  To my knowledge, however, they can only be installed on plumbers neck (or similar) hosels. 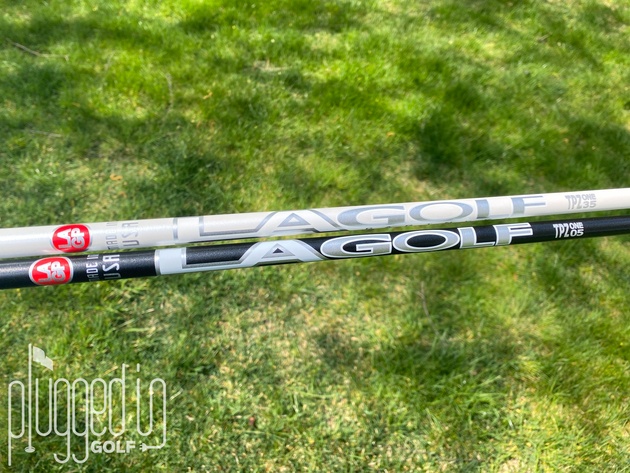 While the price of the LAGP TPZ putter shaft will be a deal breaker for many, these two offerings do bring golfers unique and potentially beneficial weighting combinations.  Just be prepared to be the center of attention on the greens when you break out the white putter shaft.