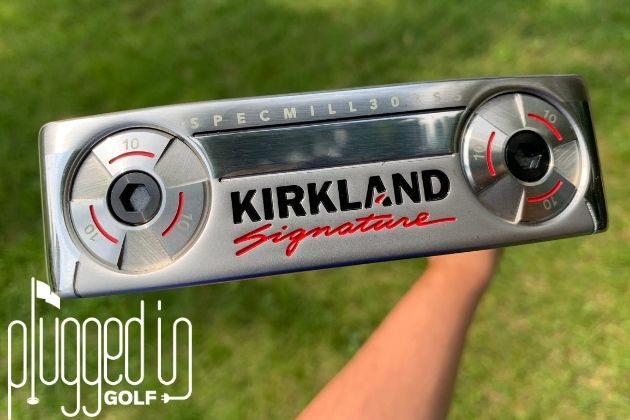 With the Kirkland Signature KS1 Putter, Costco marks its first foray into the golf club space.  While there’s certainly room to improve, you cannot deny this putter is a valiant first try for what many consider to be just a grocery store.  The KS1 putter offers stellar value, premium components, and good feel.

Typically, I don’t like talking about prices in reviews, because the quality, performance, and feel should be the main story.  However, when talking about Costco clubs, price has to be mentioned.  When premium putters like Scotty Cameron, Toulon, and Bettinardi sell for as much as $450 and even standard new putters like Odyssey, Mizuno, and PING sell for upwards of $200, it’s shocking to see a milled offering for just $150. 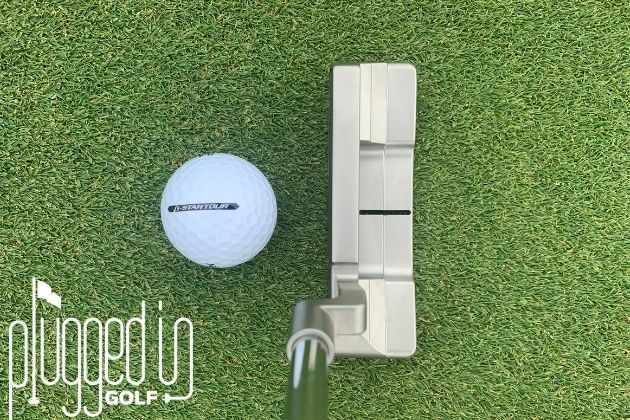 To the general golfing public, it may be hard to tell the difference between this putter and something much, much more expensive like some of those brands I mentioned above.  It’s an Anser or Newport-style blade, with a plumber’s neck, silver in color, unassuming and understated in nature.  It features a boxy blade head with two circular 10-gram weights on the bottom of the club, so there’s adjustable technology present.

The only other colors on the club are red and black, featured in the Kirkland Signature logos on the underside and back of the putter.  The large SuperStroke grip features those same colors with the addition of some white, as well.  The putter’s face, along with milled variable bumps, features a “KS1” logo that looked handsome.  But that wasn’t the only branding on the club.

While I actually like the way that the Kirkland Signature logo looks on the bottom of the club, I wasn’t a fan of that same logo behind the club.  To me, the difference was that spacing.  While on the bottom of the club it looked great, the logo on the back looked rather smooshed together.  In the future, I’m hoping they can make a new unique logo for their golf equipment or at least can refine the current logo to make it feel a bit more premium.  Luckily, at address, you don’t see that detail anyway. 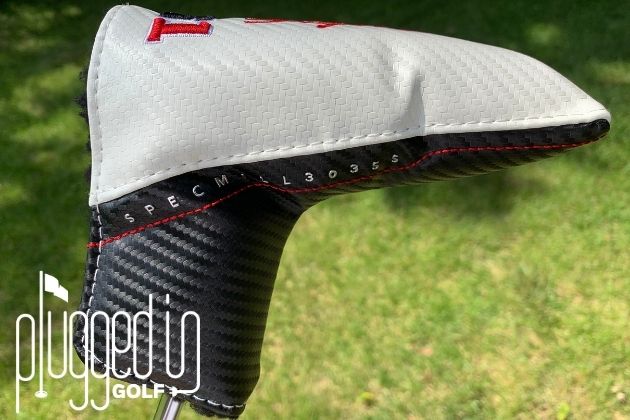 The KS1 comes with a headcover that is serviceable. It has great stitching and detail work, but you can tell Costco elected to use a cheaper material.  Velcro was chosen over magnets, and the material feels lighter and less sturdy than it looks. 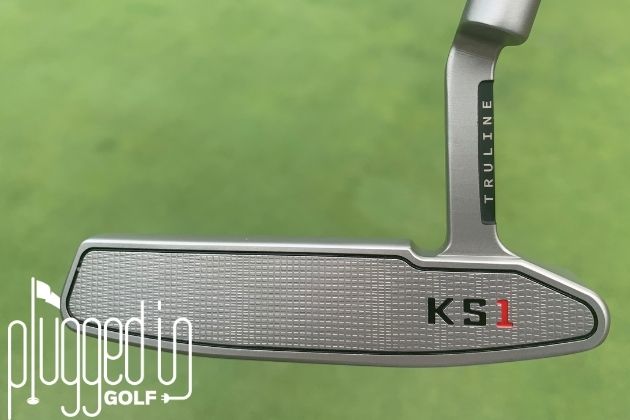 Often I find the feel of a club originates with the head, but even before striking one putt, I was shocked to see that this golf club came with a $35 SuperStroke Mid Slim 2.0 CounterCore grip.  It offered comfort, security, and tremendous value to the club.  With how thick it is, it takes wrist action out of the equation.

For reference, I currently game a Special Select Scotty Cameron Newport 2.5 (review HERE), and there is a noticeable feel and sound difference between those two clubs.  That Scotty head weighs in at 350 grams versus the KS1 weighing in at 340 grams.  10 grams isn’t a lot, but when using the KS1, it felt like it weighed noticeably less than my current gamer despite a chunkier top line.

The KS1 also felt less solid at impact.  Hitting a ProV1 golf ball, the sound started off higher pitched than expected and trailed off to a more dull sound.  It wasn’t a “click” and it wasn’t a “thud”, but more of a combination, a “clud”,  if you will.

One of the big negatives I’ve seen in other reviews of this club, from both customers and other equipment critics, is that you can’t try before you buy.  However, that’s only partially true.  Costco is pretty generous with their return policy, so if you’re not feeling the putter after a round or two, that’s always something to keep in mind.  While the return period isn’t enough time to really get used to a putter, it is certainly enough to tell if you like the feel or not. 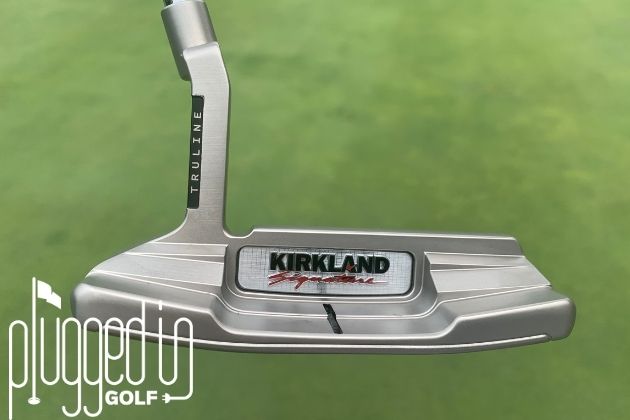 Ultimately, if a putter doesn’t sink putts, it’s no good right?  Well, I can report that the KS1 made plenty of putts and performed well.  While I was disappointed that it felt noticeably “thinner” than my current gamer, it still sank some putts.  I will say that speed control felt like an issue — sometimes leaving puts short and often hitting it longer than expected.  Some of that issue is likely due to the lighter weighting of the club.

The alignment is like the rest of the putter: simple.  Their Truline technology is a black line on the back of the hosel, only visible if you’re not aligned with your eyes correctly over the clubhead, similar to SeeMore’s red dot.  The other alignment aid is a thin, black line on the flange.  It does the job, and it’s reminiscent of dozens of other putters that do roughly the same thing. 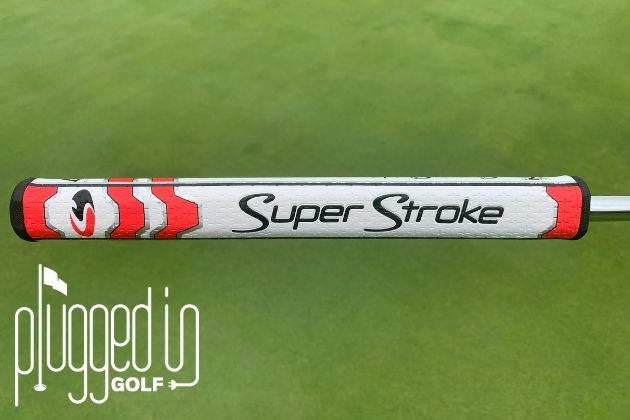 While my experience was decent, how a club performs is often down to being well fit and unfortunately, there’s not a lot of fitting capabilities with this club.  Although there is a left-handed version (that’s currently unavailable for the Kirkland Signature wedges), the club is very standard.  It comes in 3 degrees of loft and measures 34.5 inches. That’s the only length available, so it won’t fit everyone.  Similarly, the loft cannot be altered.

Performance can also be heavily influenced by feel, and while it doesn’t come standard, you can purchase a weight kit separately from the putter.  The kit not only comes with two 15g and two 20g weights for the putter itself, it also comes with a 50g CounterCore Grip weight to offer noticeably more customization options than the Kirkland Signature wedges.  If it were up to me, I’d definitely prefer to add more weight to the head of the putter. 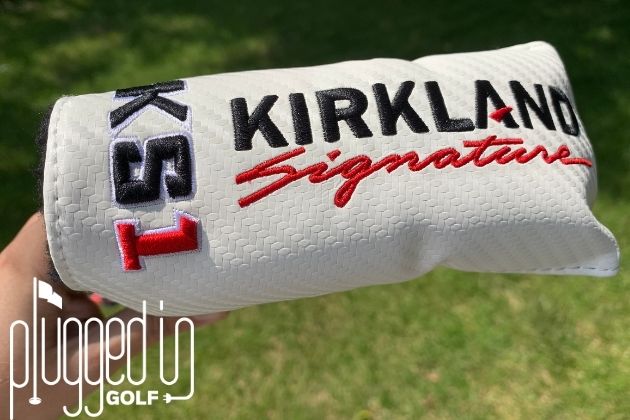 Kirkland Signature was trying to make a premium feeling putter for a fraction of what the major OEMs cost and in that, it somewhat succeeded.  I think the name “KS1” is very telling.  To me, this reads like a proof of concept — a trial run.  Similarly to how Cobra first partnered with HP to make a 3D printed putter in November of 2020 before releasing an entire line of 3D printed putters this year, I think Costco is gauging interest in a potential line of putters, and from what I can tell there is a lot of interest in this putter.

Maybe this means an evolution from a KS1 into a KS2 and beyond.  I would be thrilled to see this putter evolve, or the lineup added to with a mallet, because there’s tons of value and a lot of potential here.  This initial offering needs a little bit of tweaking and more time in development to improve the feel.  But even now, I think those looking for a deal, new golfers, or those who are not too fussy about being fitted, really have a potential find with this putter.