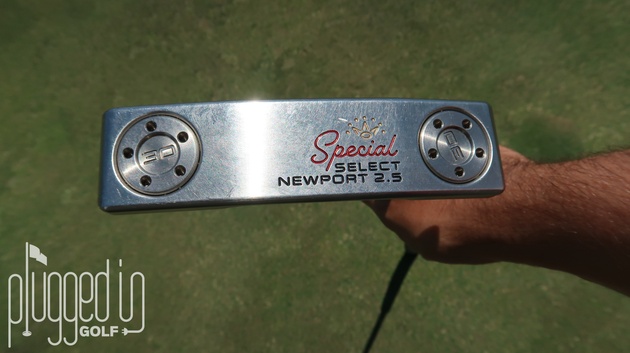 Opting for refinement over radical changes, the Scotty Cameron Special Select Newport 2.5 has a premium feel and a classic design that should be music to the ears of both fans and newcomers of Scotty’s style. 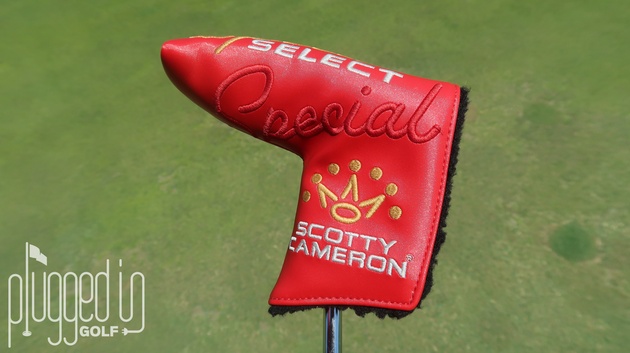 While February of this year heralded a new updated Phantom X 5.5 Scotty Cameron design similar to Justin Thomas’ gamer, those who want a more traditional look will still be leaning towards the Special Select lineup of putters.  Originally released in 2020, that line-up includes the Newport 2.5, accompanied by seven other head designs and a variety of neck and shaft combinations that cater to different styles of putting strokes.

Let’s take a closer look at the Newport 2.5. 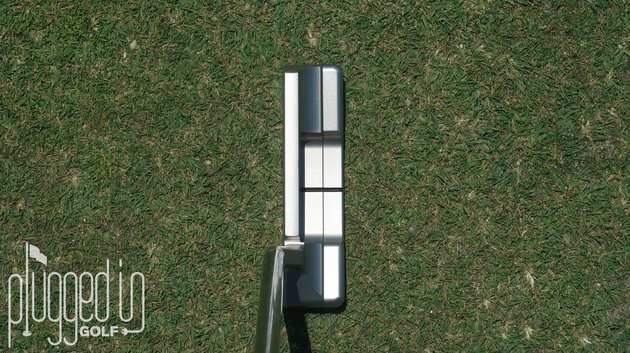 When you think of a blade-style putter, for many, Scotty Cameron comes to mind as a brand that has perfected that iconic Anser-2 shape.  The Newport 2.5 fits the mold. The Special Select putters are milled from 303 stainless steel and feature a long blade, square lines (including a black alignment line in the back), and a flatter, thinner, topline than those familiar with the brand will remember having in the last few iterations.  The paint is what Cameron calls a “silver mist” paint spray to deter glare from the sun during use.  The Special Select 2.5, like all “.5” models of Cameron, has a new small slant neck that promotes additional toe-flow.

You certainly won’t forget you’re using a Scotty Cameron with noticeable branding almost everywhere you look.  On the sole is the name of the model with the logo, “Scotty Cameron” in black engraving on the face of the club, and “Titleist” engraved on the neck.  The iconic cherry bombs that have become a mainstay with Cameron continue to be featured but with a twist: instead of red dots, they’ve become red rings.  You can customize any Scotty Cameron model using “Scotty’s Custom Shop” with different paint fills, stamps, and grips to make the club more your own.

I will say the stock headcover is disappointing.  For the price point of the putter, the headcover feels cheap compared to the quality of the putter itself. Instead of magnets other putter brands are using, Cameron opted for velcro for the Special Select line – something I hope changes in the future. 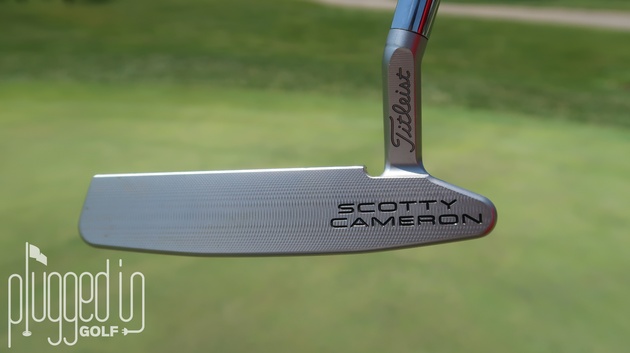 Like Matt said last year, it’s rather fascinating how “ball-dependent the feel of this putter was.”  I couldn’t agree more. I took some time to investigate and tried several different golf balls with this putter (over a dozen options ranging from Kirkland Signature V2 to the Pro V1x).

What I can say is that if you do have a preferred sound, whether clicky, muted, or somewhere in between, there’s a golf ball that will probably produce a sound you’re looking for.  However, ideally, you want to get fit into a golf ball based around all the other clubs in your bag – not necessarily your putter. With that being said, I did enjoy the sound of multiple golf balls off the clubface.

As for the grip, Scotty redesigned and christened it a “Pistolini Plus”.  It’s a lovely combination of smooth and tacky, and classic in the sense that the grip is thin.  The “Plus” in the name refers to the less tapered bottom of the grip, giving it a more symmetrical style, which is just a bit of a modern tweak aimed to help have a balanced feel, which it achieves. 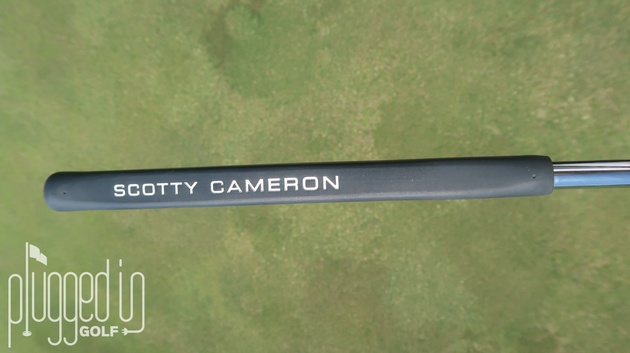 As I hinted at in that 50-words-or-less, Scotty didn’t reinvent the wheel with the Special Select.  It’s all about refinements and that’s clear in the technology story almost being non-existent.  There’s the “Performance Balanced Weighting”, of course, featuring tungsten sole weighting that can be switched. However, in my experience, changing out the weights didn’t do much.  It just affected whether or not the clubhead felt lighter or heavier, which is all personal preference.

I will say the putts felt good, with awesome feedback.  I could clearly tell where I struck the ball, whether on the toe or heel or if I hit the ball solid or thin.

One piece of design that affected the performance was the club’s “Soft Tri Sole” which allows you to really feel it when you’ve placed the clubhead fully on the ground.  Helping with alignment, it keeps you from having the toe or heel pop up during putts (if you pay attention).

Being a blade-style putter, mishits will be punished, even if Cameron says the sweet spot is larger.  So be aware that it’s not going to be easy to switch from a more forgiving model, like the Phantom X, to a Special Select. 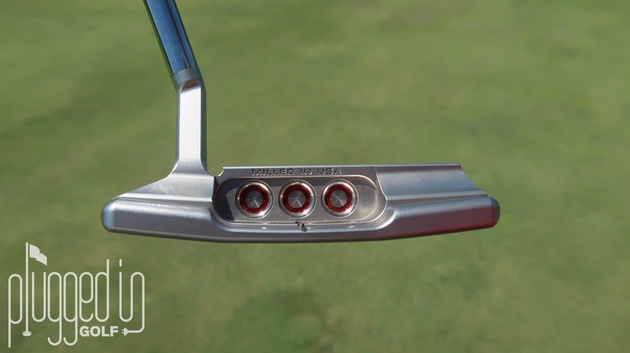 This is a great feeling putter that performs without any surprises, and that’s a good thing.  You don’t want to be surprised on the golf course, you want to know how your putter will perform.  Scotty Cameron seemed to go back to basics with the one-piece construction and it resulted in a dependable putter with solid feel, and a sleek, modern, minimalistic look.  Based on my personal experience, this Special Select Newport 2.5 performed with a pleasant feel and consistent rolls and I highly recommend you try it for yourself if you’re in the market for a blade putter.