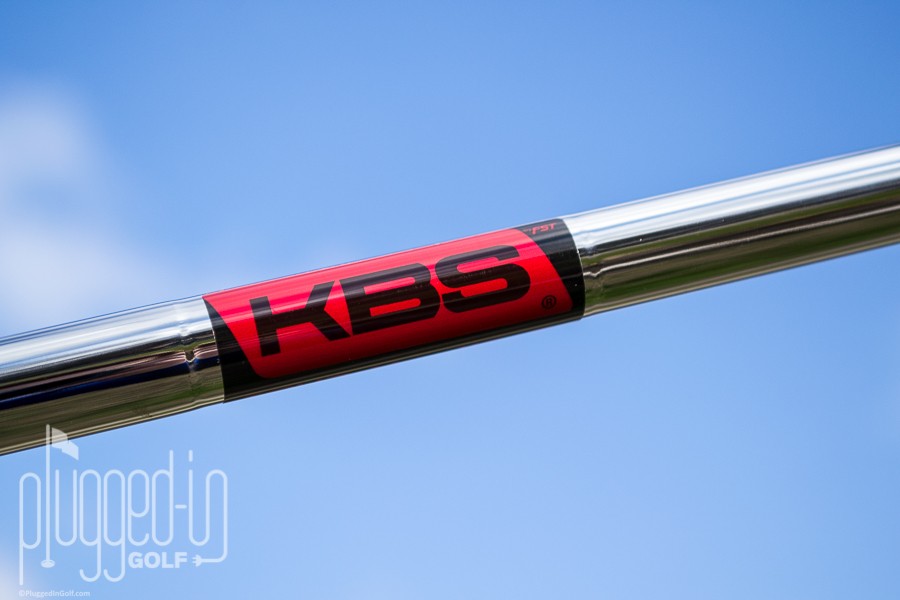 The KBS Tour-V iron shaft is designed to be a lighter weight shaft with a mid-trajectory, low spin, and a tight shot dispersion. 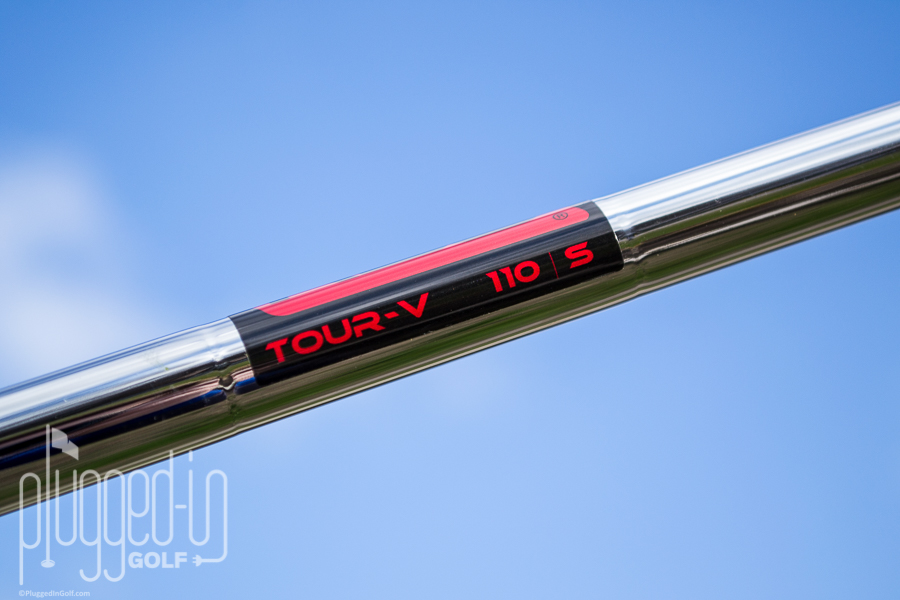 After riding on the success of the C-Taper and Tour shafts, it was time for KBS to introduce a new option designed to be the best of both worlds.  KBS’s Tour-V was designed to be a shaft that was lighter in weight, but had a stable tip section with less spin which ultimately results in a tighter shot dispersion.  This review will dive into how well KBS executed on this goal. 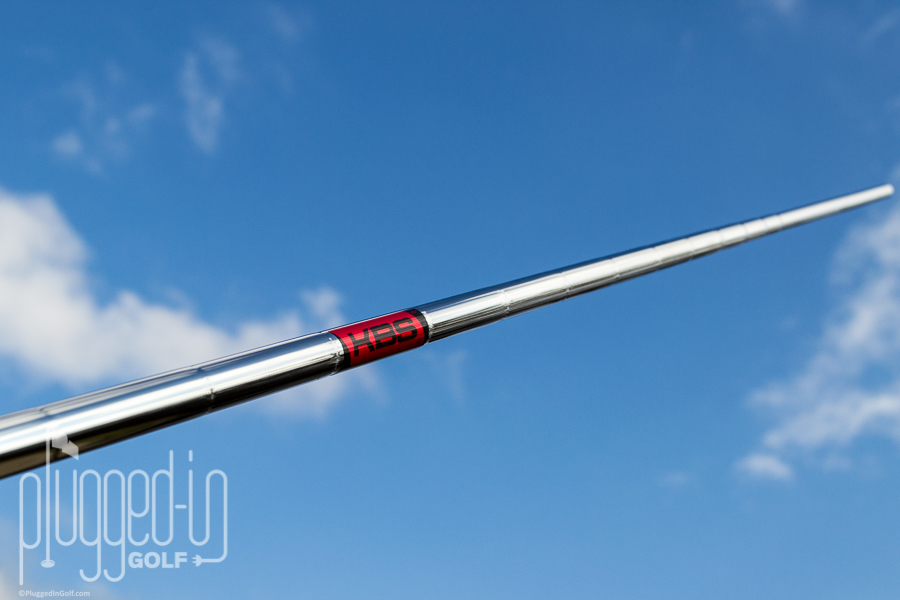 If you didn’t know any better, you would look at the KBS Tour-V and think it was any other KBS shaft (except the C-Taper).  It’s a basic chrome steel shaft with traditional steps in it and has the signature inconspicuous red and black KBS shaft label.  To the naked eye, the only difference is that the shaft label says Tour-V on it under the KBS logo.  If you want a traditional looking steel shaft in your irons, the Tour-V definitely fits the bill. 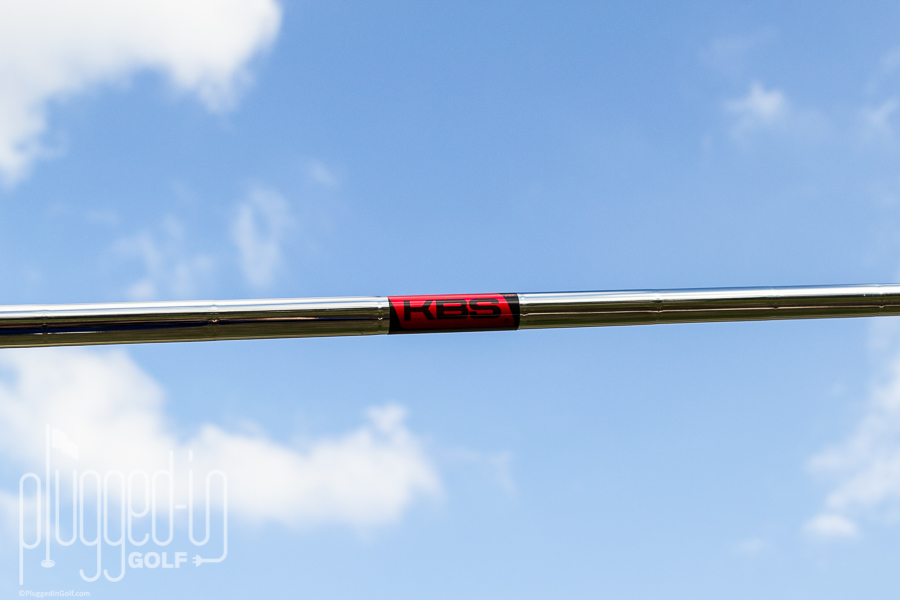 It’s important to open this section with our signature “every golfer will have a different experience with different equipment.”  Personally, I think the KBS C-Taper has some of the best feel and response in steel golf shafts, but the KBS Tour-V feels like the other end of the spectrum for me.  Don’t get me wrong, it doesn’t feel bad, but it doesn’t have the same response and feel that I love about the C-Taper.  The Tour-V tends to feel a little stout much like the Tour-V wedge shaft and otherwise a little empty.  I often found myself unsure what kind of shot I had just hit until I looked up at the ball. 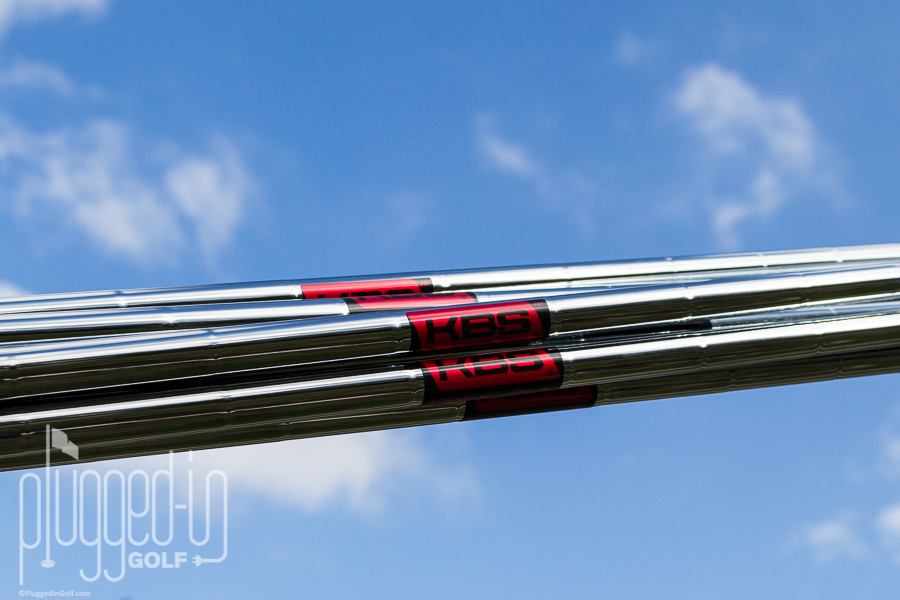 When you have feel issues in golf, you’re more often than not going to have performance issues.  The hallmark of the KBS Tour-V shaft is supposed to be an end result of tighter shot dispersion, but the lack of feel made it tough for me to groove the club to get that tight dispersion.  That said, when I was hitting it well, I was getting a good trajectory with more draw than usual and definitely low spin.  My biggest problem was that I had difficulty knowing when I was hitting that shot or a shot that sort of fizzled out short and didn’t draw.  When I was hitting good shots, that little bit of higher trajectory gave me about eight more yards in distance, plus the rollout from the lower spin.  The Tour-V definitely has potential for a few extra yards if you’re a good fit for the shaft in your irons. 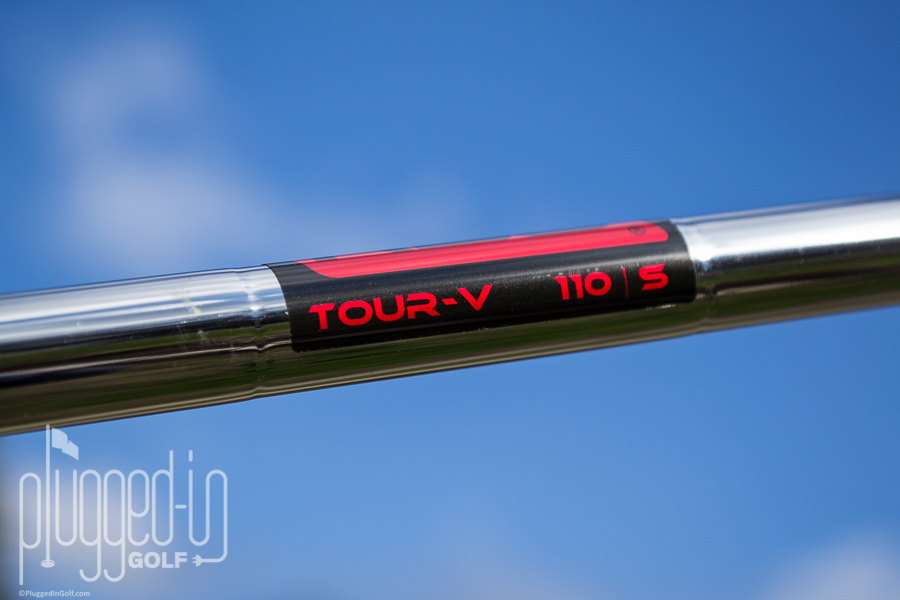 After testing the KBS Tour-V shaft, I have to say that I generally agree with the claims made by KBS.  As always, I strongly encourage you to get properly fit and test the Tour-V shafts before throwing them into your gamers to make sure they deliver in the way you need them to.  You want to be sure that they not only give you the shape and distance you want, but also the control and accuracy you need. 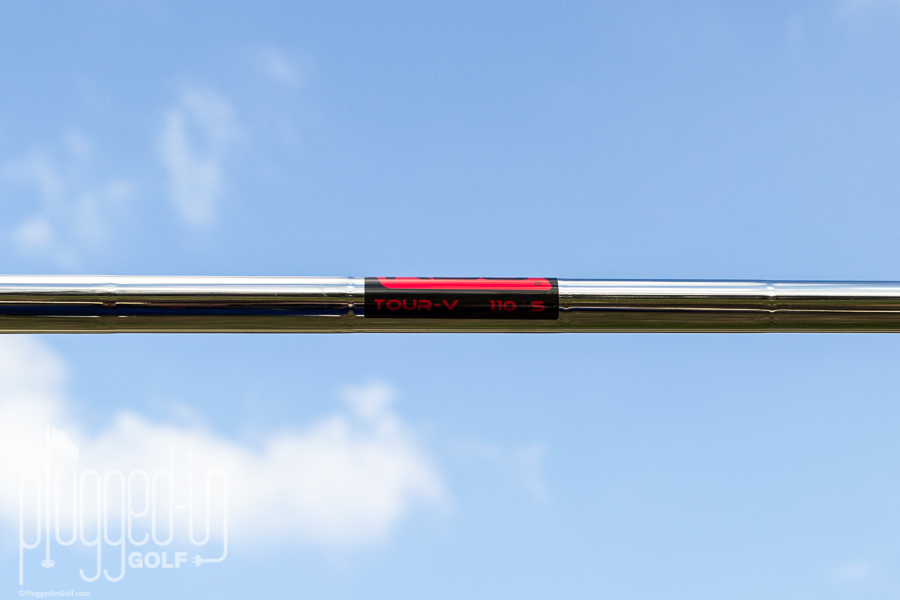 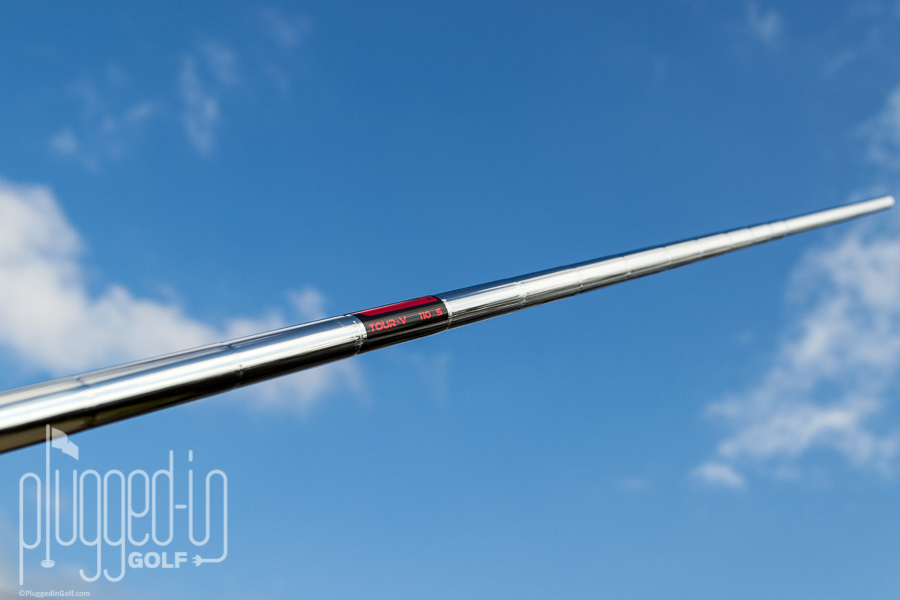