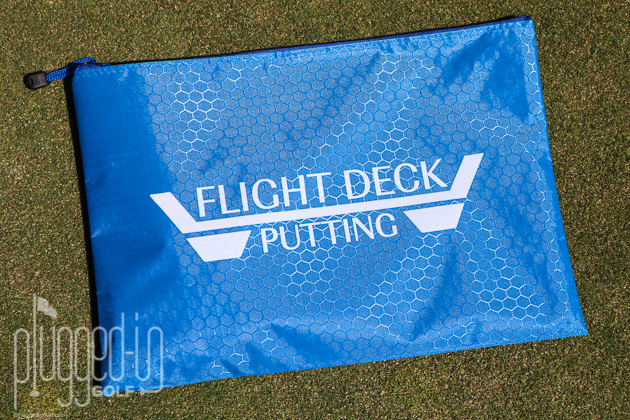 The Flight Deck putting trainer seeks to improve your control of your face angle at impact.  Feedback is not strong enough.  Only has one function. 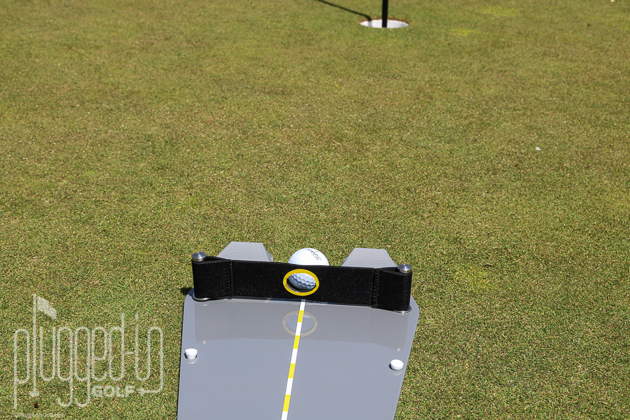 Inspired by fighter jets landing on aircraft carriers, the Flight Deck putting trainer aims to perfect your putting stroke through the use of a resistance band.  This trainer is grounded in one of the key realities of putting: face angle is far more important than club path.  We tested it to find out if it can help to shave off a few putts per round. 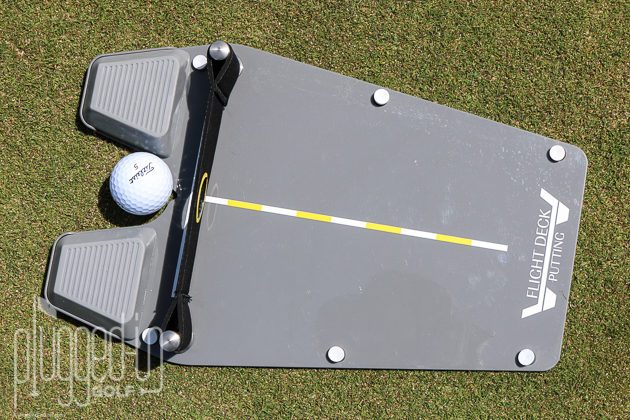 Setting up the Flight Deck is easy and intuitive.  The metal posts screw into the holes, the resistance band slips over the posts, and the entire thing gets staked to the ground with six tees.  Aligning it perfectly can take a little time, but the rest of the set up takes under a minute.

Once you’re set up, place a ball between the rubber stop blocks and make your stroke.  Your putter will collide with the resistance band, then the ball, then the blocks, and the ball should end up in the cup. 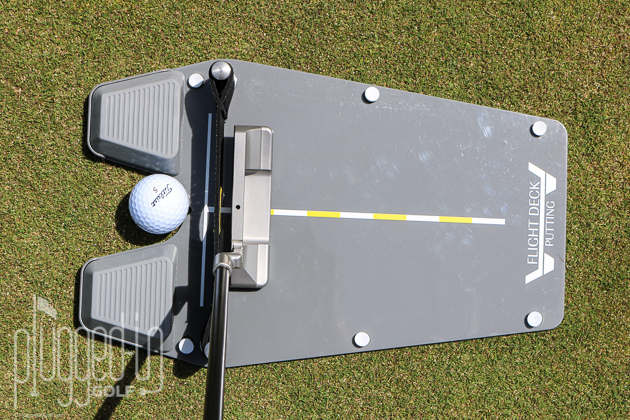 To be effective, a training aid needs to provide clear feedback to the user.  In my opinion, the feedback from the Flight Deck is not strong enough.  The sensation of the toe or heel catching the resistance band was only noticeable to me when I made an intentionally poor stroke.  Additionally, the fact that the ball goes in every time confuses the feedback.

Also, I did not like the feeling of my putter crashing into the stop blocks.  In the tutorial videos, the instructor says that he believes you should hit the putt, not stroke it.  That may work for some – and it’s certainly encouraged by the Flight Deck – but it’s not my preferred method.  Players with a smooth, flowing follow through will likely find using the Flight Deck unnatural. 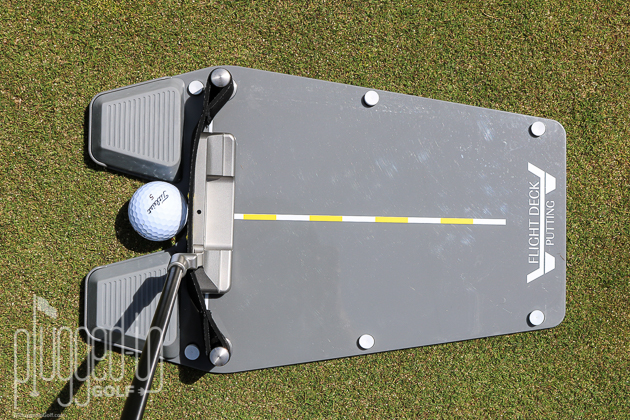 The Flight Deck is a unitasker.  Without substantial jury-rigging, it only works outdoors, and it isn’t intended for putts beyond 10 feet.

On the plus side, it’s small and light, can live in your golf bag, and is easy to assemble.

On balance, I rate Flight Deck below average for longevity. 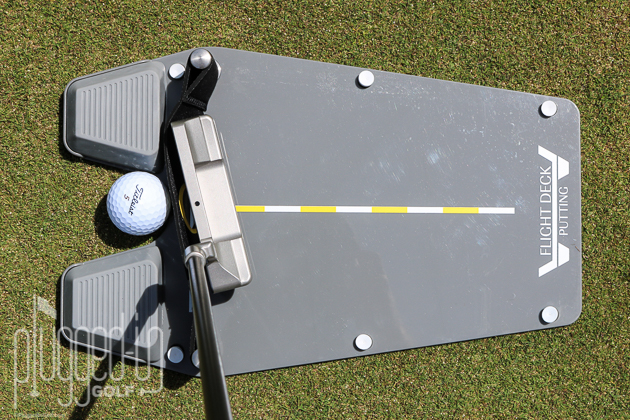 The Flight Deck putting trainer retails through their website for $89, which is about average for a training aid.  Due to its below average effectiveness and longevity, I would not rate this a good value. 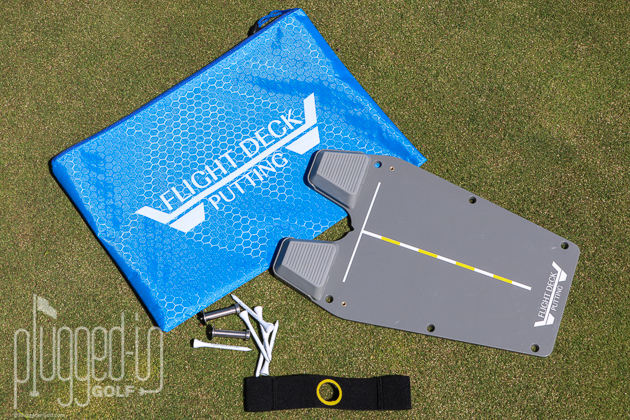 The goal of the Flight Deck putting trainer – getting your putter face square to the target – is laudable.  Unfortunately, I didn’t find that the feedback from this trainer helped me to improve.  If you’re seeking to improve your control of your putter face, I would suggest the Putting Fork, the PuttOut Putting Trainer or the PuttOut Mirror.