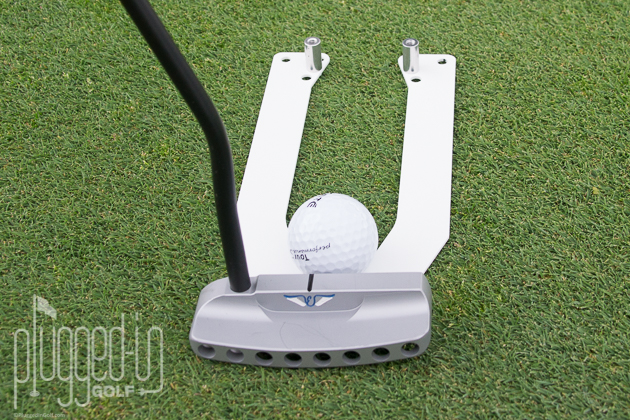 The Putting Fork Pro 2.0 is an upgraded version of the original Putting Fork.  Major upgrades to one of the best putting aids ever invented.

The original Putting Fork was given a rare honor, being named a PluggedInGolf “Training Aid That Works”.  It earned the distinction because it does exactly what it claims to with brutal efficiency.

After numerous years of feedback and tweaks, the Putting Fork Pro 2.0 has been unveiled.  Did lightning strike twice?  Is it possible to build a better mousetrap?  I took one to the putting green to find out. 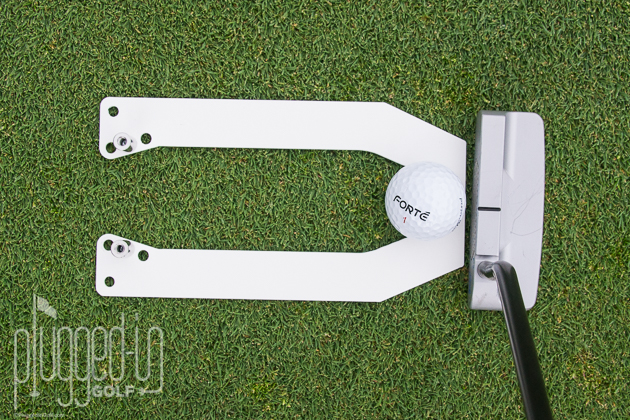 Ease of Use & Setup

Part of the appeal of Putting Fork Pro 2.0 is its ease of use.  Screw the metal uprights in at your selected level of difficulty, drop it on the green, stake it down with some tees, and you’re ready to go.  It goes from being in your bag to in use in under a minute.

The objective of practicing with the Putting Fork Pro 2.0 is obvious: putt the ball through the uprights.  Feedback is just as clear: you’ll hear it when the ball hits the metal. 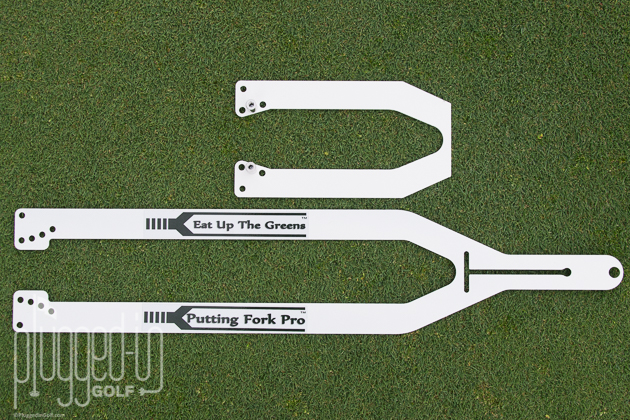 Another change is the size.  The Putting Fork Pro 2.0 is under 8 inches, where the original was over 22.  This makes it much easier to stash in your golf bag.

Finally, because the PFP 2.0 doesn’t have the “tail” on the back end, both the ball and your putter can be on the green.  This is perhaps the most important upgrade since it makes your practice that much more game-like.

The three levels of difficulty make the PFP 2.0 usable by all golfers.  The widest setting is good for beginners and high handicappers.  Good players will have to concentrate to make it through the middle setting.  The tightest setting (below) has virtually no room for error and should be reserved for masochists. 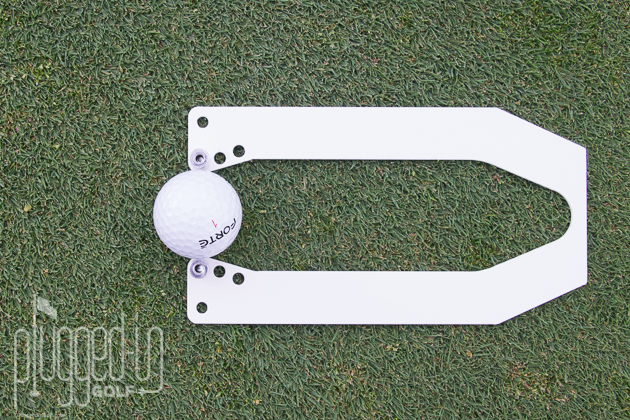 There are three keys to its longevity.  First, it teaches something that everyone – regardless of your putting philosophy – needs to master.  Second, it’s small enough to live in your bag and sets up in seconds.  Third, the three levels of difficulty make it challenging no matter how good your putting gets. 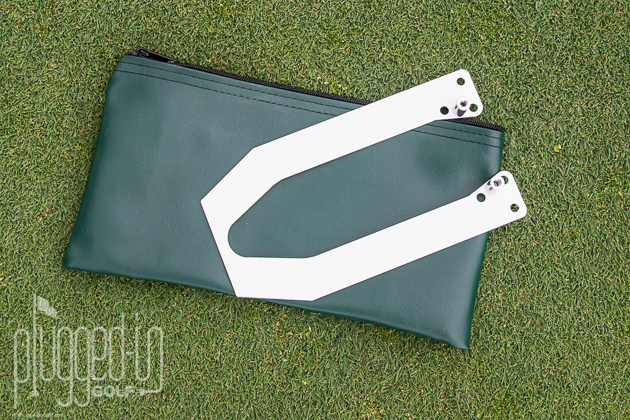 The Putting Fork Pro 2.0 normally sells for $69.  For the next week, PluggedInGolf readers will be able to purchase it for only $49 and get free shipping.  Click HERE to purchase it.

At $49 or $69, I love the Putting Fork 2.0.  It’s unflinchingly honest and brutally effective.  If you want to improve your putting, there are few better ways to spend your money. 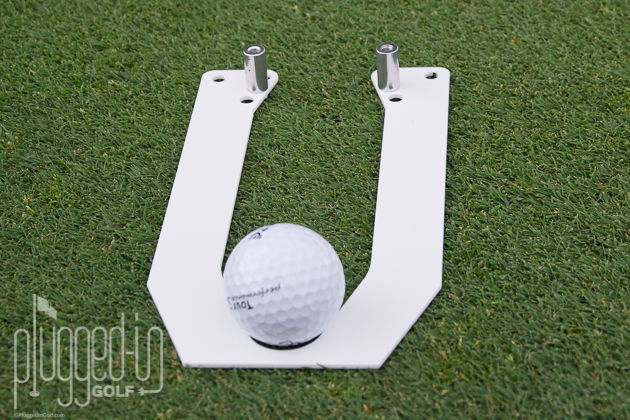 There is no putting aid that I would recommend above the Putting Fork Pro 2.0.  I loved the original PFP, and version 2.0 makes it even better with greater portability and the ability to keep your putter on the grass.  Anyone who is serious about improving their putting needs to have one of these in their bag. 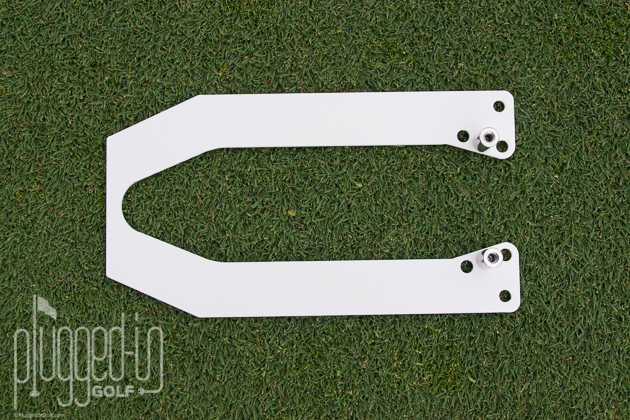 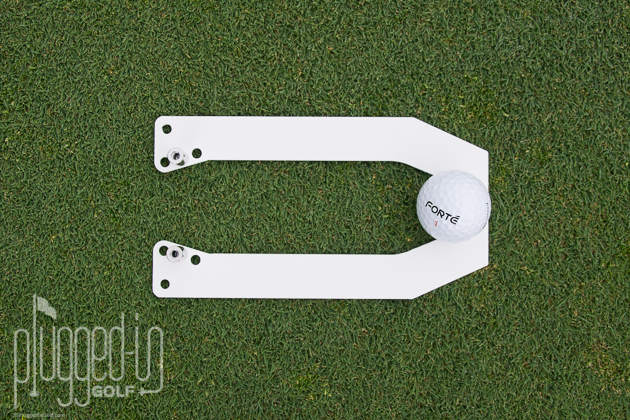 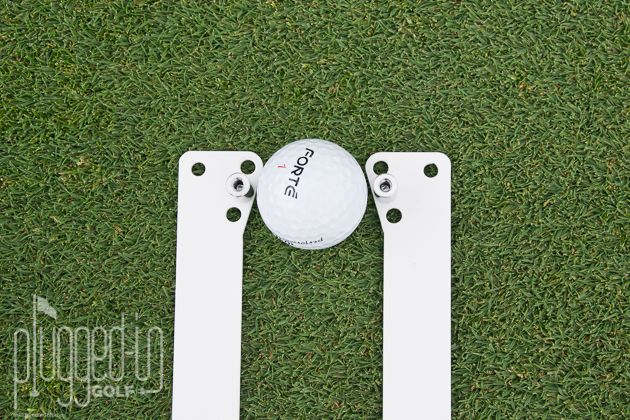 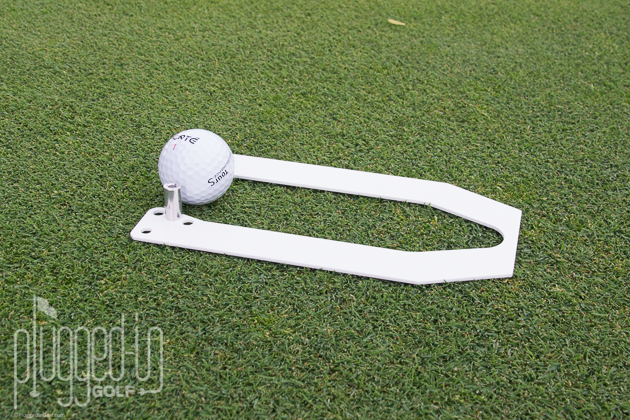 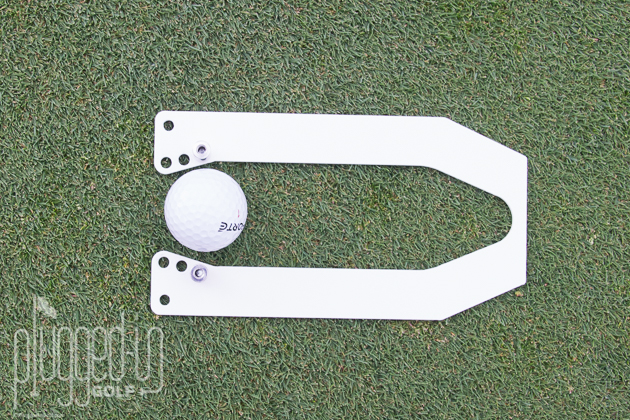