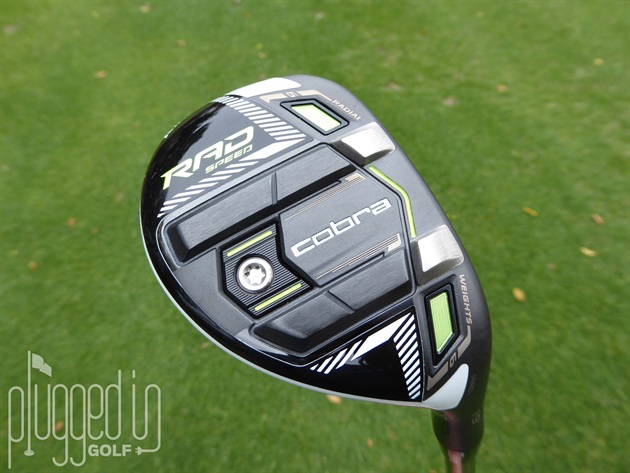 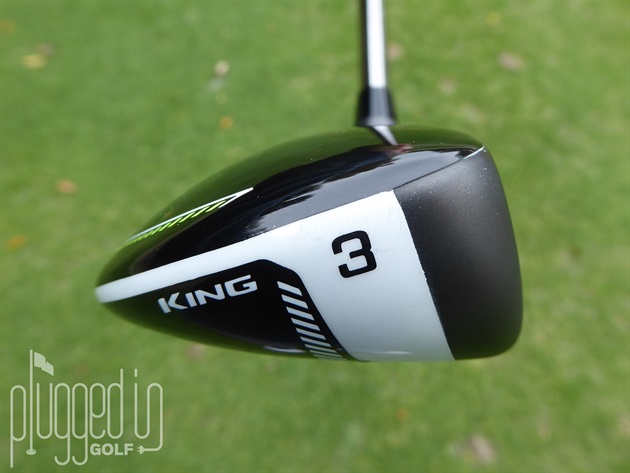 Cobra proclaims that “RAD runs in the family,” and based on our reviews of the RADSPEED drivers and fairway [full reviews HERE] that sets the bar high for the Cobra KING RADSPEED hybrid.  Add to that the fact that Cobra hybrids have been perennial favorites of the PIG staff, and it seems like that bar is also wide.  If that sounds like an unfair ask of the new RADSPEED hybrid, take a listen to Matt’s podcast with Tom Olsavsky, VP of Research and Development at Cobra Puma Golf [episode 113 – listen HERE].   Tom and his design team are obsessed with technical innovation. 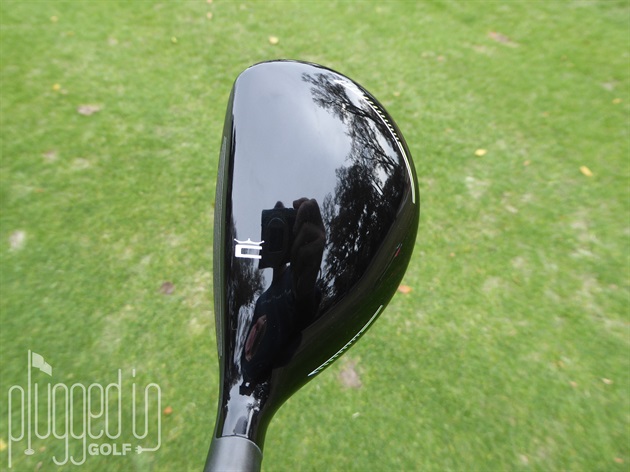 At address, the RADSPEED hybrid has a silhouette similar to its F9 Speedback predecessor with a rounded, toe-centric shape that should be a comfortable size to the vast majority of golfers.  The new RADSPEED hybrid crown is a deep, glossy black with trailing edge pinstripes and a crowned “C” alignment mark. 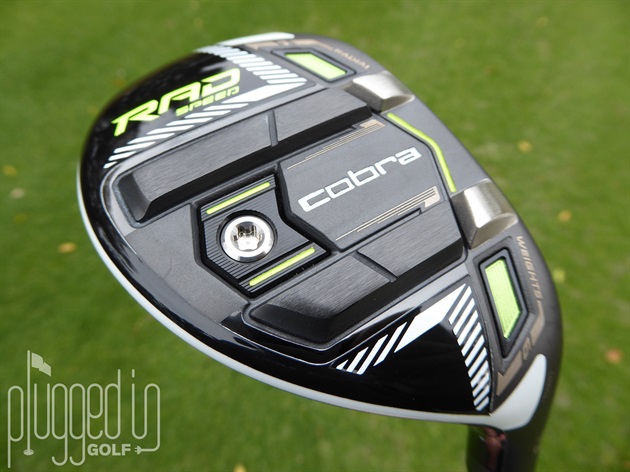 The sole of the RADSPEED hybrid has a myriad of technical features and eye catching graphics.  There’s a lot going on, but it’s very Cobra-esque.  Same can be said about the headcover with its well executed neon yellow stitching.  The standard hybrid is only available in black/turbo yellow.  The peacoat (blue)/red combination that’s offered in the drivers and fairway is only available in the one length version. 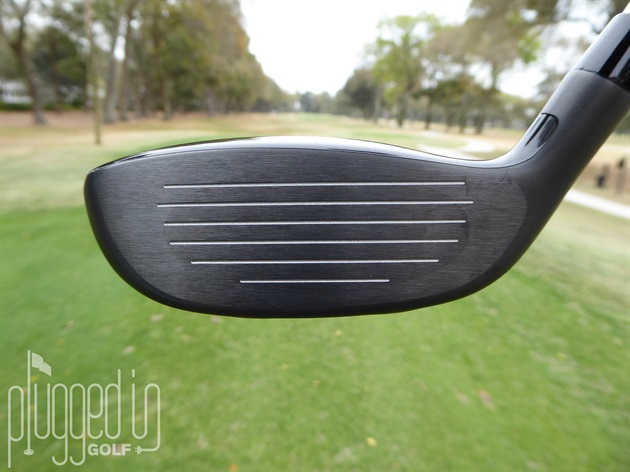 “Solid” was the single word that the sound and feel in my hands brought to my mind.  The metallic “tink” created by reasonable contact reminded me of a hammer striking an anvil.  That analogy also holds true for the powerful feel of the face of the RADSPEED hybrid.  If you look closely at the face view, you can just see the oval forged insert that generates the power.

I really enjoyed the overall stability, which inspired a confident swing.  Feedback was minimal, but a reasonable tradeoff for the design elements affecting performance, which I’ll elaborate on next. 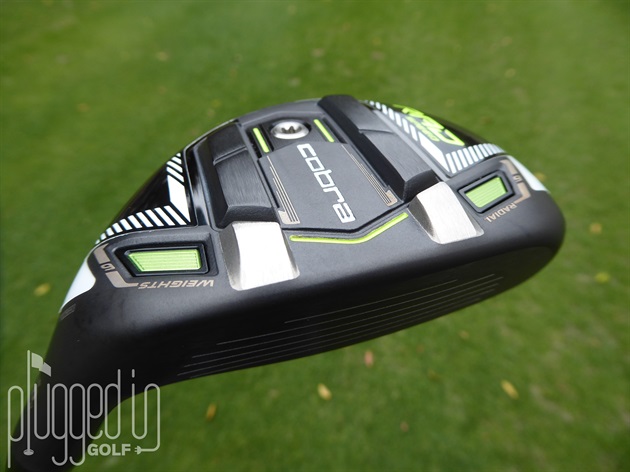 As we’ve cited in previous RADSPEED reviews, the name refers to Cobra’s RADIAL Weighting design.  In simple terms, the concept is to place weights as far from the club head’s center of gravity as physically possible to maximize the radius of gyration.  To optimize performance of the RADSPEED hybrid, Cobra designers front loaded weight for low spin while utilizing a 7 gram weight low and towards the back for launch.  That combination also provides forgiveness and the stability mentioned above.

Did the design intent translate to actual performance?  Absolutely.  Spin rate averaged just over 3000 rpm with a consistent 13 degree launch angle.  Most impressive was the tight dispersion both in distance and accuracy.  For me, a 19° hybrid is for finding tight fairways and greens on long par 3s and the RADSPEED hybrid delivers. 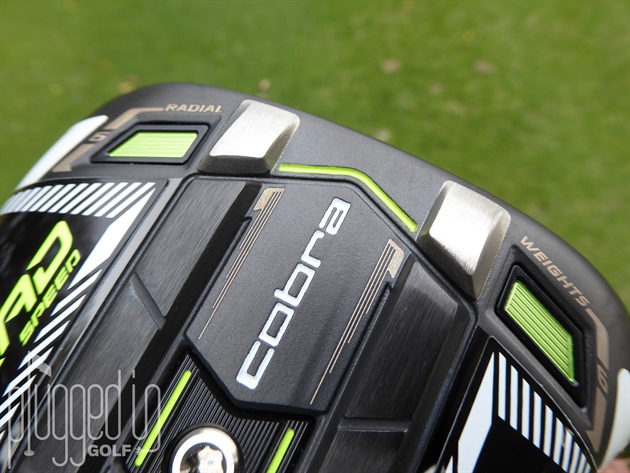 Cobra has incorporated rails for over 40 years, but for the RADSPEED hybrid they decided to split them for higher launch and more ball speed.  According to Cobra, the split provided 70% more flex in the sole just behind the face where it has the greatest impact.  I couldn’t sense the flex, but I’m a big fan of the rails that seem to guide the club through the thicker grasses I occasionally find myself in. 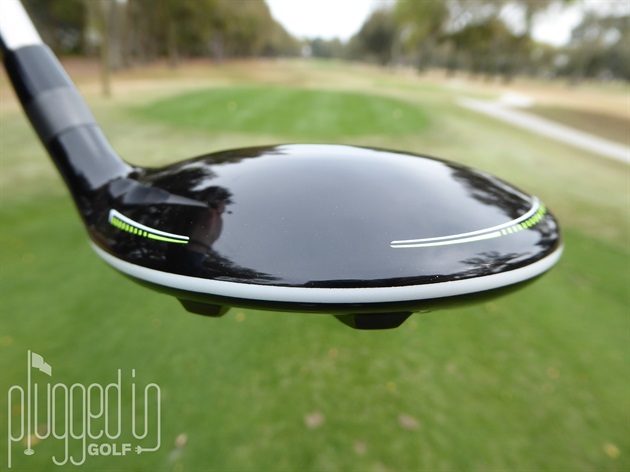 If you’ve never hit a Cobra hybrid, the RADSPEED deserves a few swings.  If you’ve enjoyed Cobra hybrids in the past, you’re going to love the new RADSPEED.  As with all the latest Cobra clubs, the RADSPEED hybrid comes equipped with COBRA CONNECT which seamlessly adds the world of Arccos. 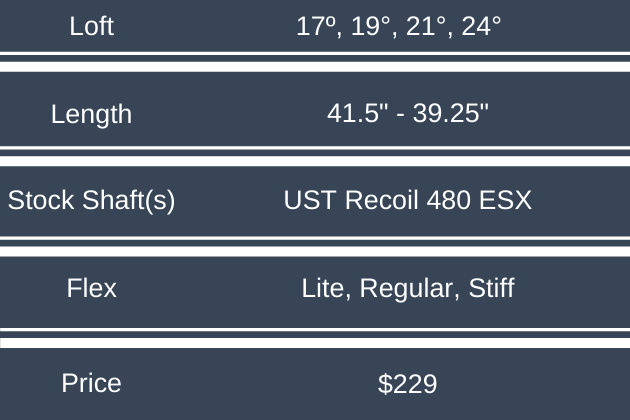