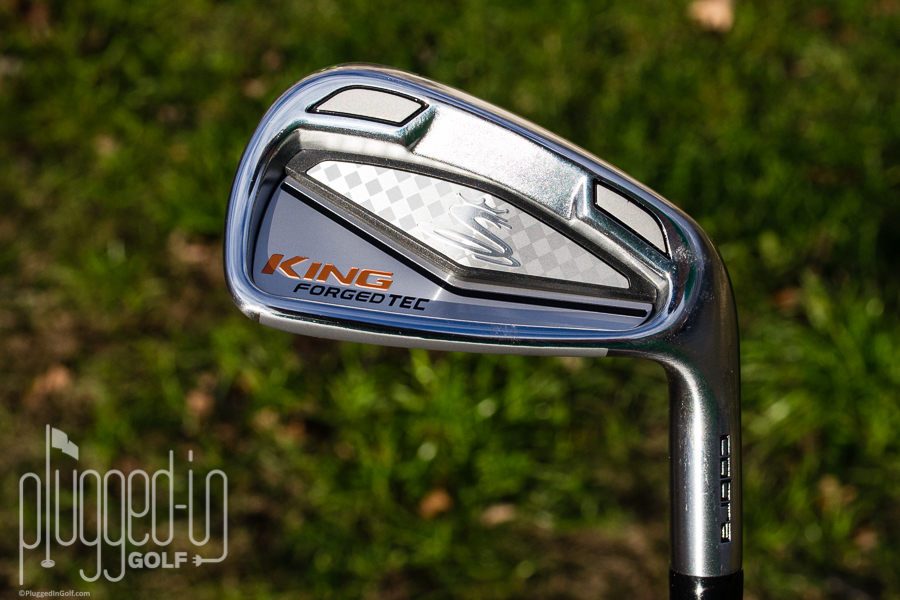 The Cobra King Forged Tec irons are a great compromise between a player and game improvement iron making it one of Cobra’s most appealing clubs to date. 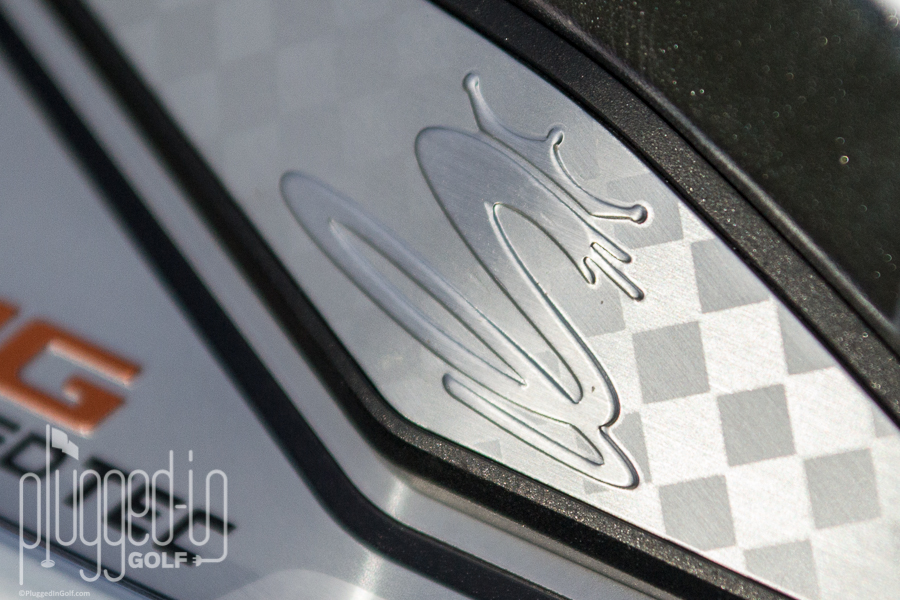 Getting the right balance between forgiveness and precision seems to always be a struggle in the golf industry.  Many of us want to believe we need to play forged irons with minimal offset, but the truth is we need the forgiveness and playability of a game improvement iron.  Though many brands have tried to find the perfect compromise, Cobra Golf has actually succeeded with the King Forged Tec irons.  With a forged body and strategically placed tungsten weights, Cobra has created an iron that is easy to hit, responsive, and looks cool as hell. 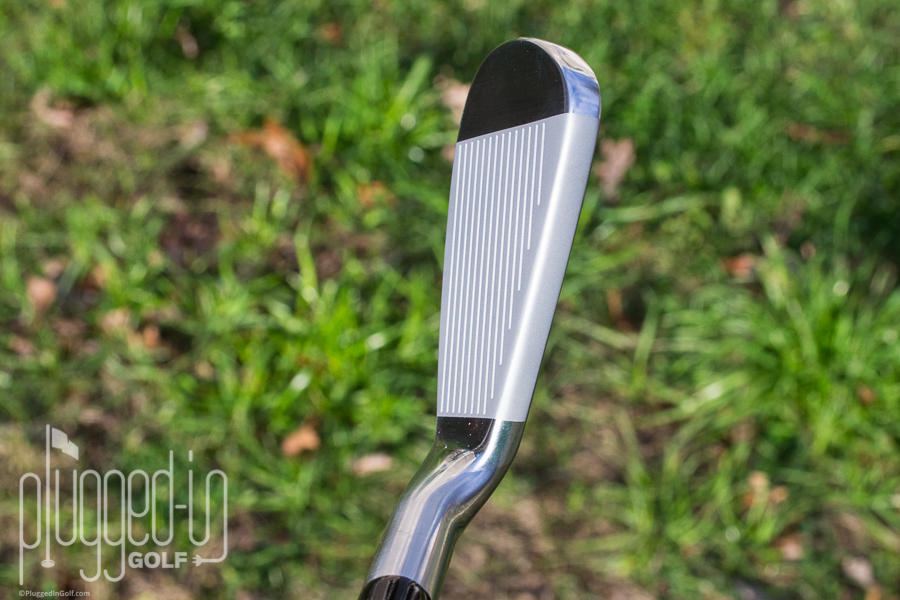 When we had our first look at the relaunch of the “King” name in August, it was quite obvious that Cobra stepped it up about a million notches in the looks department to make some of the coolest looking equipment not only in their history, but of all time.  (Yep, I said it and mean it)  Simply put, the King Forged Tec irons look amazing.  The overall vibe is on par with many other crossover irons as opposed to the Robo Cop looking irons we saw in the BiO CELL lineup a couple of years ago.  The subtle checkered pattern that is found across the King lineup is on the TPU insert in the cavity, and it adds just the right amount of character.

The head size is about the same as a Titleist AP2, but it has a thicker topline, sole, and a little bit more offset.  For comparative purposes, I would say it falls right between the AP2 and AP1, which is perfect to appeal to a wider range of players.  Most importantly, the King Forged Tec irons look easy to hit when you’re standing over them. 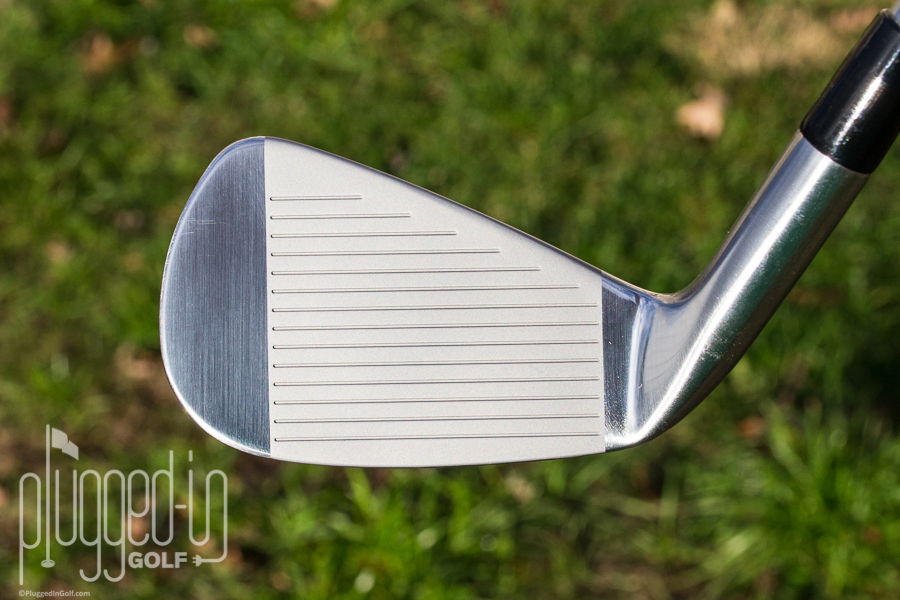 True to their word, the Cobra King Forged Tec irons have a very responsive feel that is desired by players who demand precision.  The bonus is that the Forged Tecs are easy to play and forgiving.  I find a lot of comparable irons to lack feel no matter where you hit the ball, but the Forged Tech lets you know exactly where you hit it on every shot.  Shots off the sweet spot feel just as smooth and perfect as they do off of any forged blade.  Cobra went to great lengths to dial in the perfect feel by strategically placing tungsten weights in the heel and sole as well as placing a TPU insert directly behind the hitting area to dampen the impact.

The sound is a little “fuller” than you would get out of a small forged blade, which is to be expected, but you don’t get that generic thump you usually get out of a larger iron head.  The Forged Tec has a very pleasant “whack” off the face when you make perfect contact, and mishits will sound a little rockier. 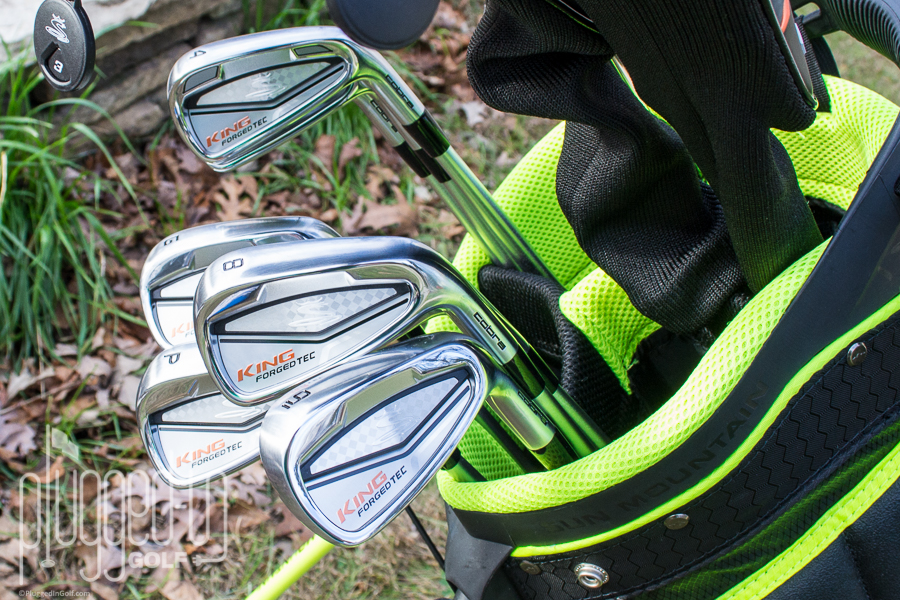 Whether or not it’s been the right fit for me, I’ve been playing forged blades for the past four or five years.  The Cobra King Forged Tec is the first iron in a long time that seriously has me questioning whether or not it may be time to make a change.  What I like about the Forged Tecs more than anything was that it didn’t come with a boatload of promises about two club distance increases or mishits going just as far as a shot off the sweet spot.  What I got was an iron that was versatile and easy to hit well.  I will say that I felt I tended to hit the ball a bit higher than I normally would, but the KBS C-Taper Lite shaft helped combat that a little bit.  I think if I went with the standard C-Taper, I would have seen a little bit more distance and a better flight for my game.

Long story short, the Cobra King Forged Tec is easy to launch and hit consistent distances with.  As with any golf club, I would definitely focus on making sure you get properly fit for these irons to maximize their potential. 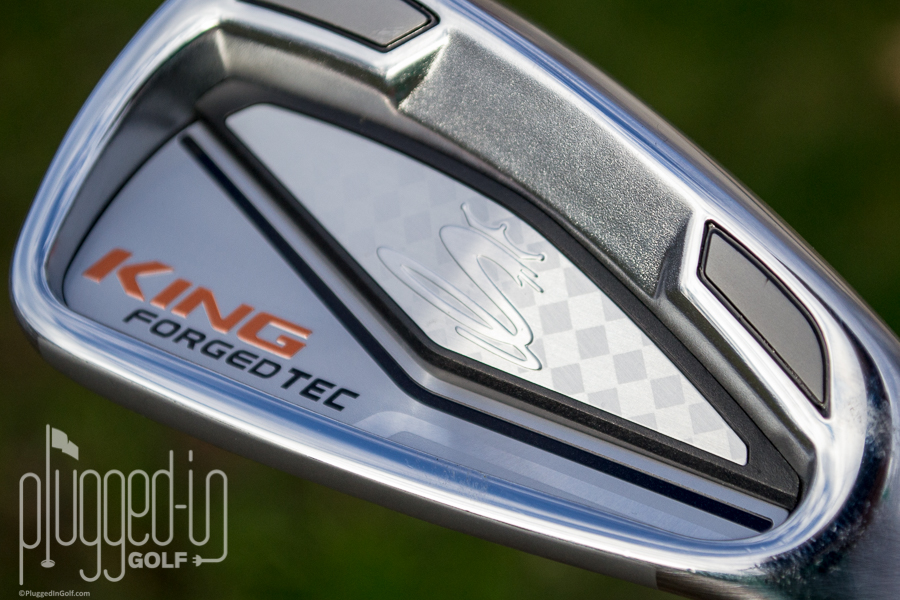 The revival of the King name in the Cobra product lineup has brought some interesting equipment along with it and the King Forged Tec irons are no exception.  Between the Forged Tec and the new King Pro irons, Cobra has put together a great 1-2 punch that’s better than combinations they’ve had before.  If you’re looking for a premiere crossover iron that’s going to help your game as well as look cool in the bag, then the Cobra King Forged Tec is certainly worth your time.