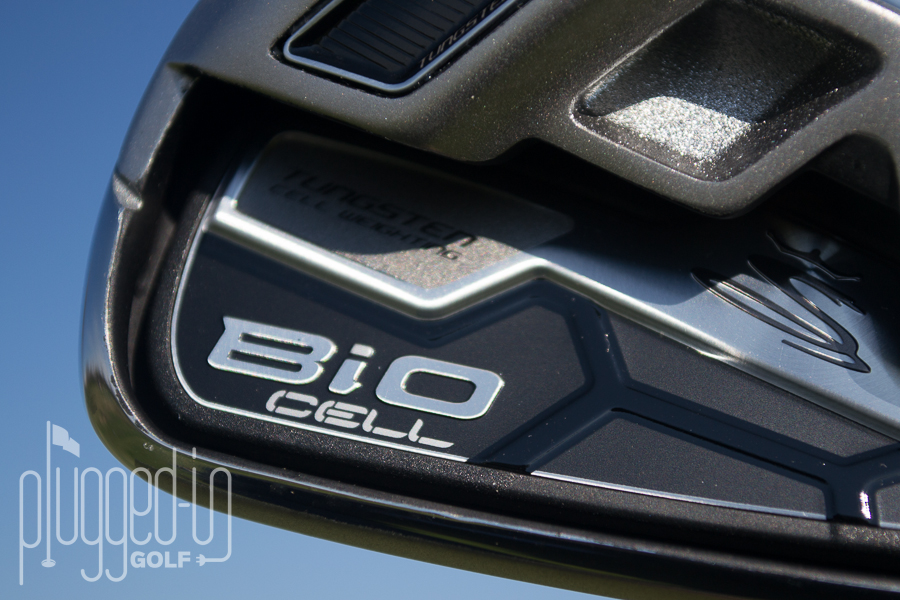 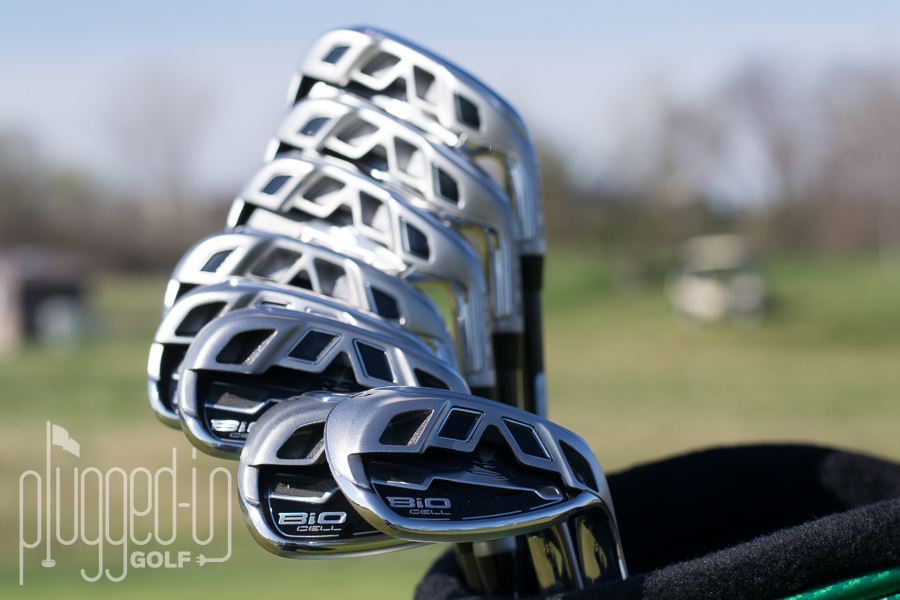 Cobra Golf had a hit with their Amp Cell irons last season; they were arguably one of the best irons in the Game Improvement sector of the market.  In 2014, Cobra had their work cut out for them to reach the bar they set and they would try to do so by releasing one of their most innovative irons to date in the Cobra BiO CELL irons. 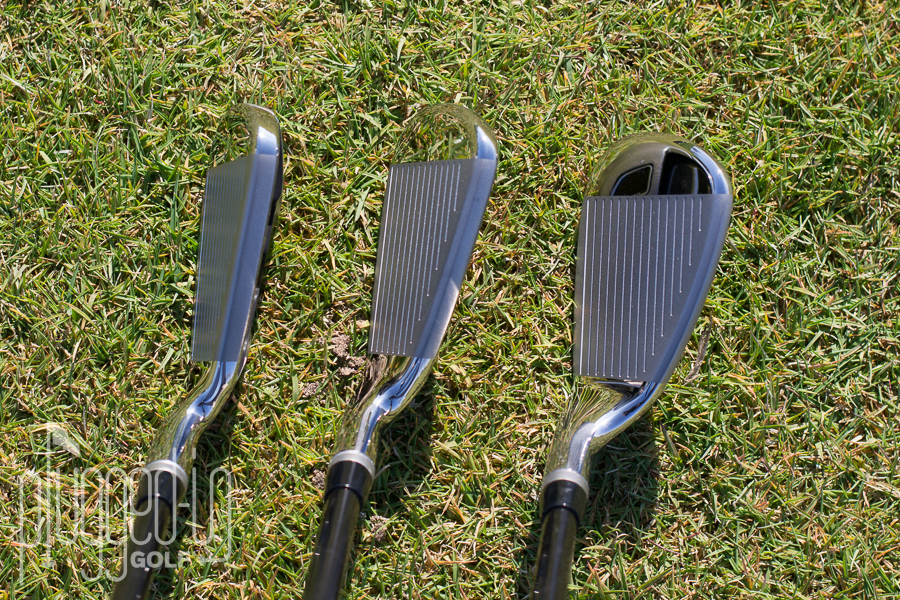 Looking at the Cobra BiO CELL irons, you might feel like you’re looking at one of the more interesting and futuristic looking golf clubs you have ever seen.  I have read a little bit of criticism regarding the BiO CELL’s appearance since the first pictures were released, but personally, I think they have a super cool sci-fi robotic look.  Just looking at the cavity, the club screams engineering and technology.

The BiO CELL irons are available in four colors (black, red, blue, and orange) and have a little larger head with some offset, but they aren’t as exaggerated as you typically find in a Game Improvement iron set. 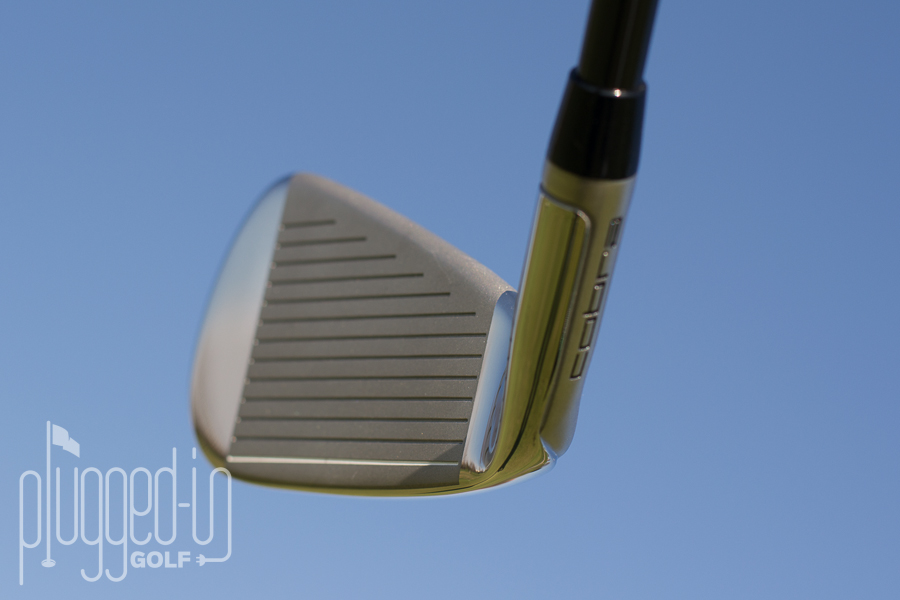 If there’s a standard “text book” iron sound, I feel like the Cobra BiO CELL irons have it.  It’s a very traditional sound that should make you feel like you’re striking the ball well on most shots, even if you miss the sweet spot.  The BiO CELL irons are one of the more forgiving irons I have hit in 2014 which is no surprise based on the design of the golf club.  Cobra placed tungsten weights behind the hitting area of the club in the heel and the toe to promote good balance in the swing and to help the ball find the sweet spot of the face more consistently.  Our test set had stock Cobra graphite shafts which created a nice smooth feel. 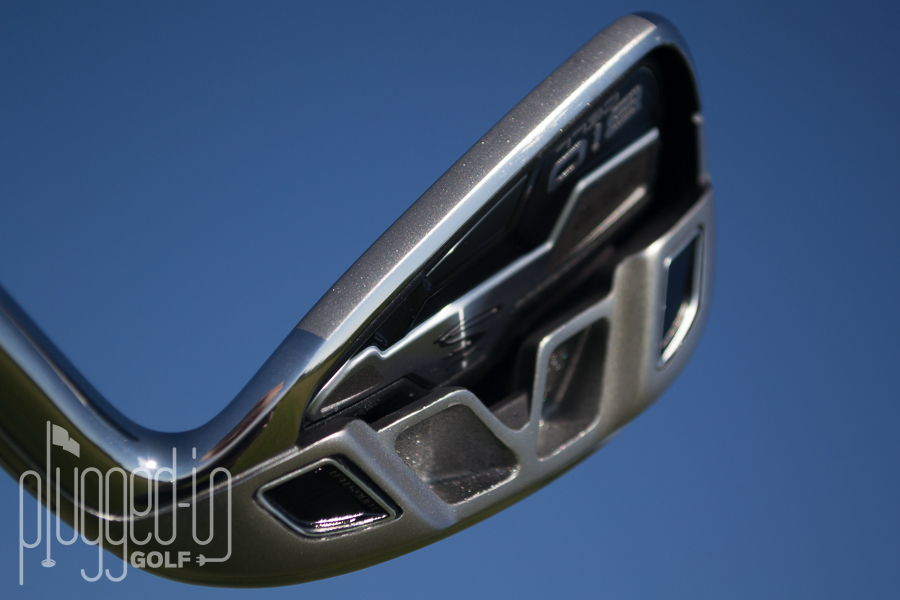 The performance of the Cobra BiO CELL irons is easy to sum up: the clubs are fairly long, they have a nice high ball flight that lands softly, and they’re easy to hit.  It’s pretty much all you can ask for in a set of irons.

Cobra utilized what they call an “unsupported face” that increases the flex of the face at impact to provide greater ball speed which in turn equals more distance.  I’m not sure if this was the cause of the increased distance, but I did get good length with the BiO CELL irons and the face of the club definitely had a hot feeling face at impact.

I actually went to a demo day recently at a local club to just observe.  Cobra Golf probably had the smallest tent there, but it was amazing how much traffic they had and how many people were trying out the BiO CELL irons.  People were hitting these irons great and were genuinely getting visibly excited about them.  With no exaggeration, I can tell you that it looked like it was actually infectious.  It was as if people saw what was happening and had to try it out, whatever it was, for themselves.  These golfers were clearly having fun with the new Cobra clubs and the Cobra BiO CELL irons were doing a great job of proving they deserve attention. 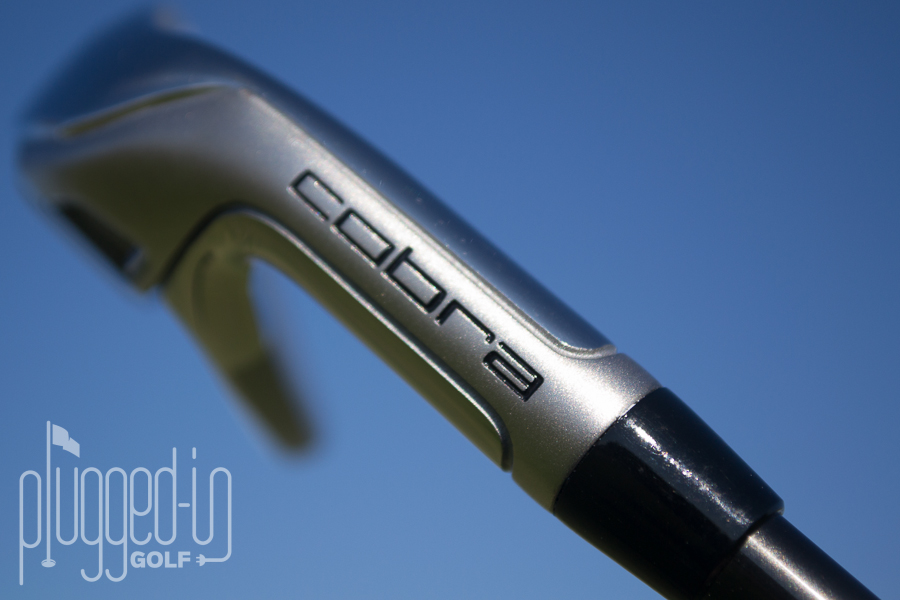 My current set of gamer irons is a set of Cobra blades which I love dearly, however, with the limited amount of time I’ve had to get on the course lately, a club like the BiO CELL would be a great iron for me.  It’s easy to hit, it gets good distance, and it’s just flat out fun to play golf with.  Cobra designed a highly functional golf club that would be a great option for a broad spectrum of players.