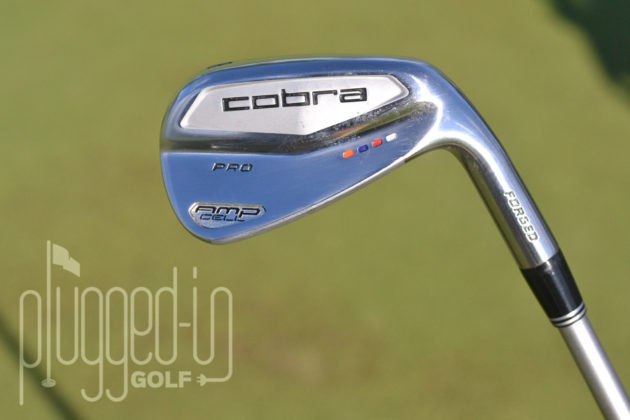 Cobra has really delivered an exceptional club here. These clubs have great feel, looks, and performance. Excellent feel leads to superior control. Not forgiving by any means, but very responsive. Best blades out right now 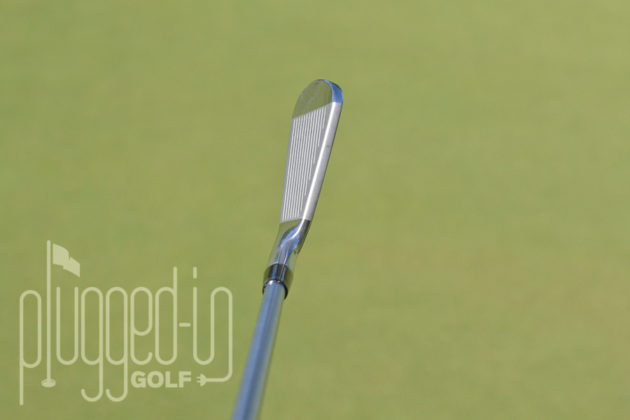 You won’t find many valid criticisms of the looks of the Cobra Amp Cell Pro Irons and for good reason. I have owned my fair share of irons over the years and I have yet to come across a set that looks as nice as these. Cobra has done a tremendous job in balancing modern aesthetics with a traditional look that would hold up in any era. The only criticism I’ve heard so far is that people don’t like the paint colors. Simple fix with a little bit of acetone and paint of your choice if it really bothers you that much. Otherwise, the branding on the clubs is very simple and tasteful.

At address, the Amp Cell Pro has a smaller head size than its predecessor, the Cobra S3 Pro, but a slightly thicker topline (still not chunky) and little to no offset. The sole width is also smaller through the whole set and more like a traditional blade.

Cobra offers the Amp Cell Pro irons in three different configurations. The off-the-shelf offering is called the “flow set” (Double Cavity 2-6 iron, Single Cavity 7-8 iron, and Full Muscle Back 9-GW) and you can custom order sets in Pro Combo (4-8 Cavity Back, 9-PW Muscle Back) and Pro Muscle Back (4-PW Muscle Back). I chose to go with the standard flow set. 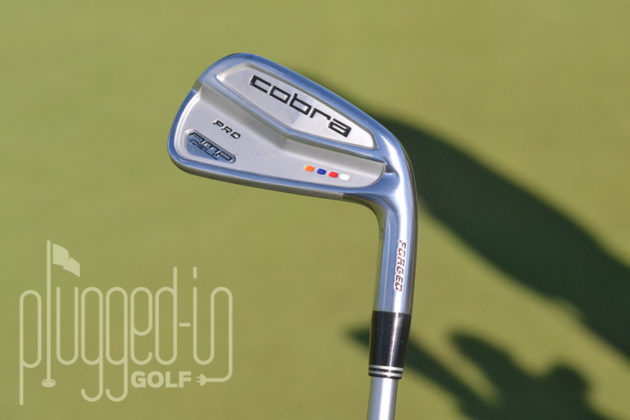 The Cobra Amp Cell Pro Irons remind me a lot of what it’s like to play a sweet set of Mizuno blades. The ball just clicks off the face, and every shot in the center of the face feels like you hit the best shot of your life. You definitely know you’ve mishit the ball off the heel or toe; the feeling is significantly less than blissful, but the good part is you know exactly what went wrong. This should be exactly what any player using a set of blades is looking for in a club’s feel. 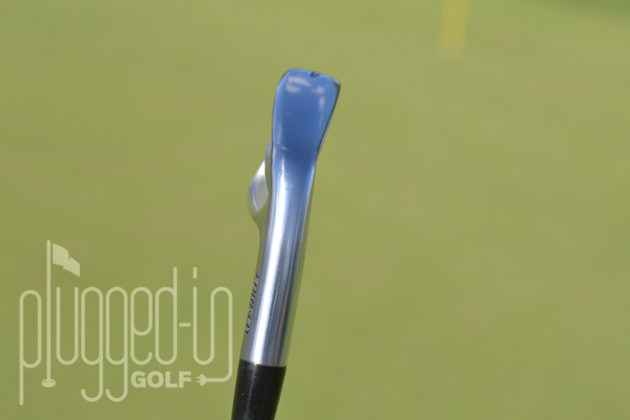 When I got these clubs, I had them built with KBS C-Tapers, which I had never used before. As I was getting used to them, I was terrified that I could not hit a ball high in the air. Rest assured that I got used to the new shafts and I was relieved. I finally unlocked how great these clubs are on the course. The Amp Cell Pros are every bit as functional as they look. Their tremendous feel makes it quite easy to shape your shots and control the trajectory for when you have to launch a ball over some trees or punch it through a tunnel of branches after an errant tee shot. As Matt put it to me, “it’s like you could hit those clubs down a hallway if you had to.”

As I stated earlier, these aren’t forgiving clubs. Even though Cobra has created the flow set there still isn’t much forgiveness throughout the set. The Amp Cell Pro dual cavity 4 iron may be more forgiving than standard blades, but my opinion is it still won’t treat you like a cavity-weighted shovel. Generally, the thin and fat shots will stay straight as will shots off center, but you are certainly going to lose distance. They aren’t going to fix a bad shot, they aren’t going to add distance, and they aren’t going to knock you down to a +1 handicap, that’s still on you…so get practicing! They will, however, give you accurate feedback and reward good golf swings. Once you are comfortable with these clubs and your game is dialed in, the Cobra Amp Cell Pro will definitely be a great tool on the course. 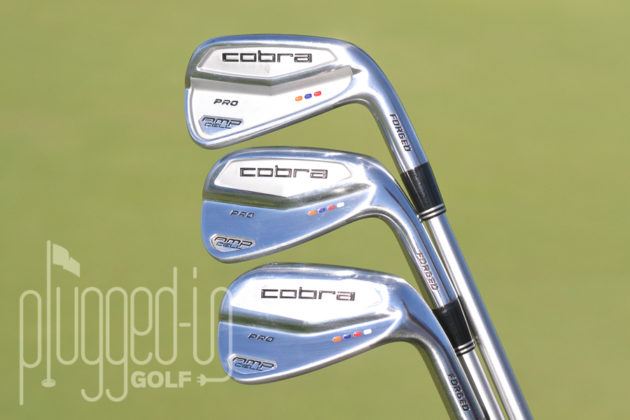 I have not been this happy and excited about a golf club in a very long time. If you actually have the game to hit a set player’s irons, the Cobra Amp Cell Pros are a must. For the price, they are a better value than the boutique blades out there and I like them better than any of their immediate competition in the market. The feel and performance are unlike anything I’ve seen from Cobra over the years. The Amp Cell Pros will leave you feeling confident over the ball, and give you total trust in your equipment.

In all honesty, I can’t think of one thing that I would suggest Cobra should have done differently with these clubs. The Amp Cell club line is the first truly Puma-backed Cobra offering and they certainly made it count! If Amp Cell Pro Irons don’t create large numbers of new Cobra fans, I will be completely shocked. I genuinely feel these are the best irons you can walk into a store and buy right now, and if you see me on the course, you will see these in my bag.