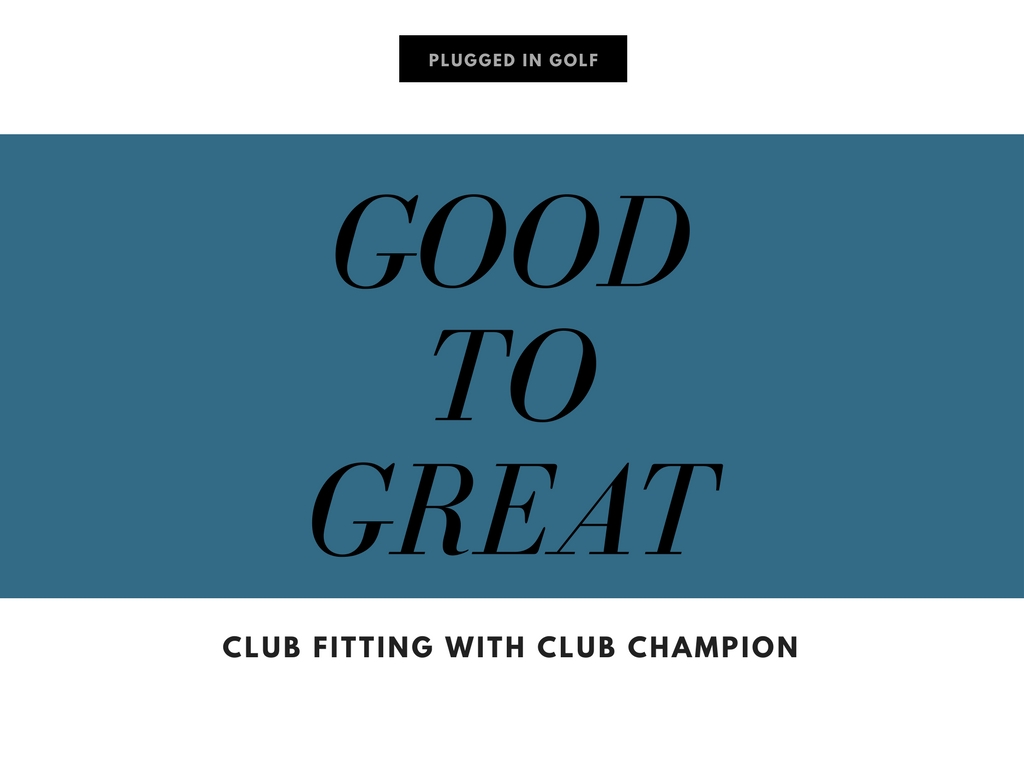 I love my irons.  I’ve been playing the PING iBlades since they came out, and, this past spring, Club Champion rebuilt them with True Temper DG Pro shafts and made them even better.

That said, I don’t play that much golf.  I have two young daughters, and most days I’d rather build Legos with them than beat balls on the range.  The iBlades are great, but there are days when my swing isn’t.  I decided it was time to visit Club Champion and accept any iron recommendation that yielded better results, even if it didn’t mesh with my self-image as a “better player.”

My iron fitting was done by Master Fitter Kyle Morris at Club Champion’s Willowbrook location.  I’ve known Kyle for a long time, but he took nothing for granted in my fitting.  He started with an in-depth interview about my game and a spec check on my irons.  Then we headed to the fitting bay.

After a warm up, we gathered some baseline data.  My beliefs were confirmed: my irons are great for me.  Good swings had great smash factor and ideal launch.  The one area of concern was spin: mine was a little low, which hurts carry distance and stopping power.  Kyle and I agreed on our goals: shrinking dispersion, increasing spin, and improving smash factor, if possible. 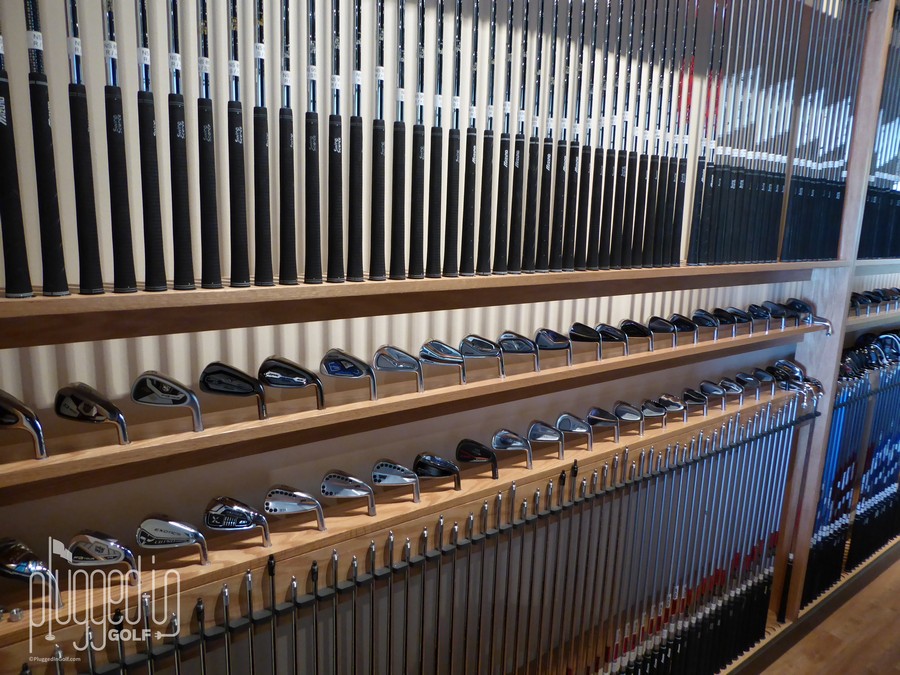 Kyle set Club Champion’s iBlade head to my spec, and we started testing shafts.  Dialing in the shaft comes before selecting the head in the Club Champion fitting process.

I hit everything that I was handed without judgement.  Kyle gave me shafts that were lighter, heavier, softer, and stiffer.  Some were shafts that I had tested and really enjoyed, like the Nippon Modus.  Others were completely off my radar, like the Oban Steel CT.

Kyle frequently asked for my feedback, but most of the time it just confirmed what he was already seeing.  We both knew pretty quickly when a shaft was worth further consideration or if I was fighting it.

The shaft battle came down to two finalists: the True Temper Dynamic Gold AMT and the KBS C-Taper Lite.  Interestingly, the former was a stiff flex, the latter an X.  A few more swings with each confirmed that the C-Taper Lite was providing a little more distance than my gamer while shrinking my dispersion. 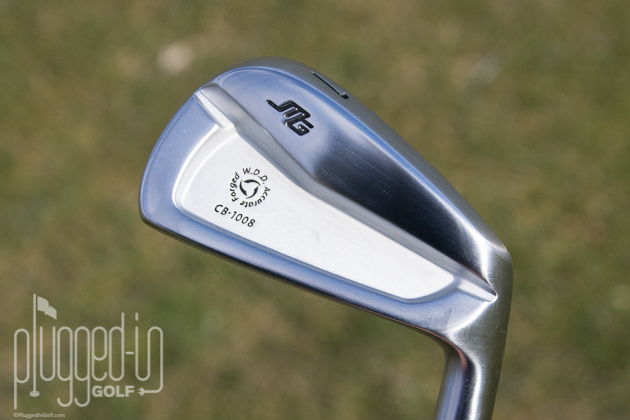 With the shaft set, Kyle lined up a series of iron heads for testing.  Despite my best intentions, I couldn’t help but sneak a peek at what he had chosen.  I saw the new Callaway X-Forged, the Titleist 718 AP2, the Miura CB 1008, and the Mizuno MP-18 SC lined up on the table.

With the heads, Kyle asked for more feedback on feel and preference.  Unlike the shafts, none of the heads were tossed after a swing or two – all performed well.  That said, some patterns did emerge.  I didn’t get along with the X-Forged, and the AP2 was a little short on distance.  After a head to head battle, the Miura topped the Mizuno as the best fit.

The final results: I gained 5 yards of carry distance through an increase in ball speed and slightly higher spin.  Most importantly, my dispersion shrank both left-to-right and short-to-long. 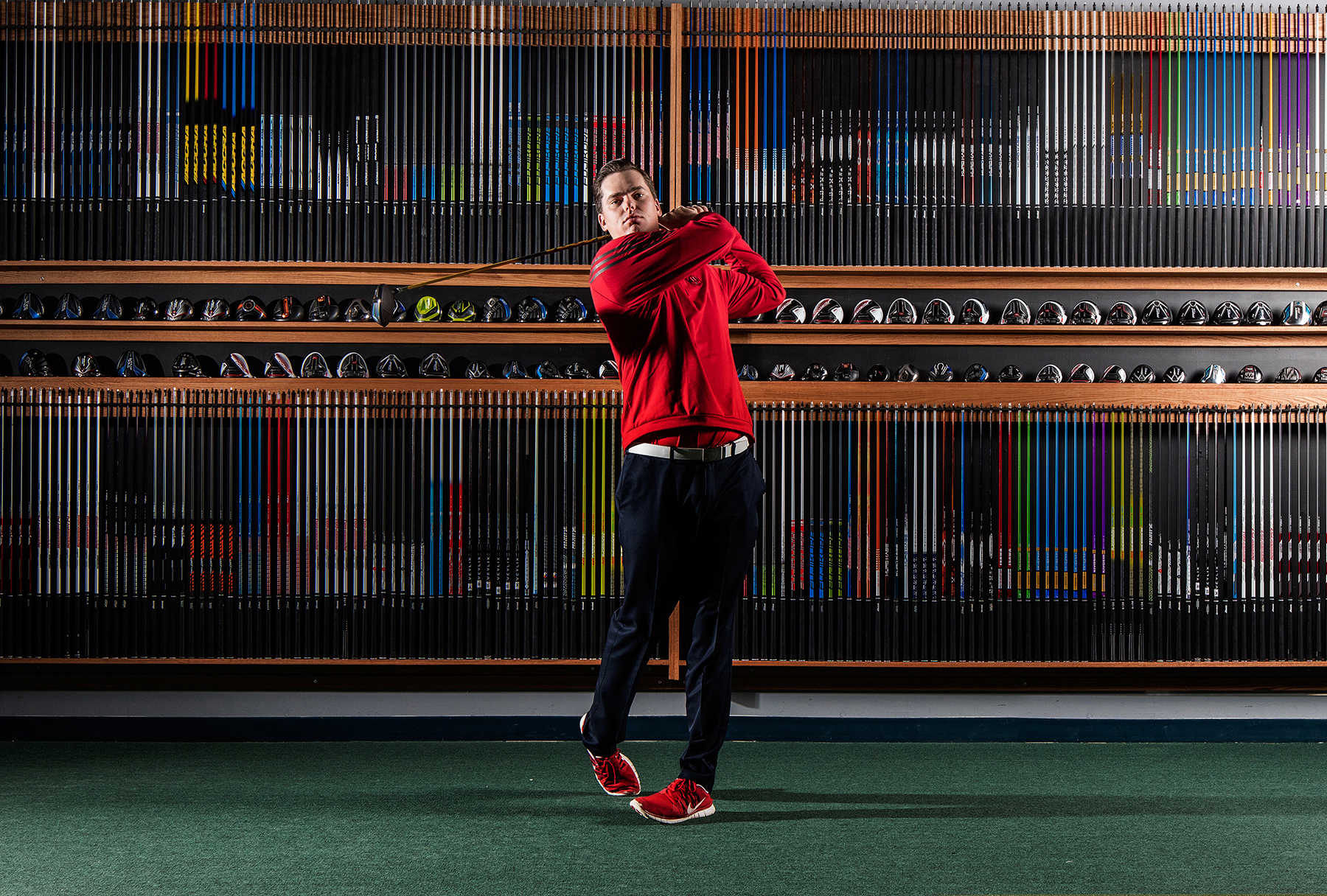 I was a little puzzled by the result, and I reminded Kyle that I was open to anything that he wanted me to try.  If he thought that an SGI iron would give me better numbers, I was game.  He shook his head and explained, “Those forgiving irons  all have stronger lofts than what we tested.  They’re also designed for lower spin.  You need to keep your launch angle up and have more spin.”

Said another way, he could have found a 6I that was longer than the Miura, but then the 4I and 5I would have been unplayable.  Plus I would have a set with bigger distance gaps between clubs and a need for an additional wedge.  What’s the upside?

Kyle continued, “Your misses aren’t going to benefit that much from a big forgiving head.  No club is going to help when you hit it fat, which has been your main concern.  Outside of hitting a couple heavy shots, you strike it well enough to play these irons.”

To me, this highlights the importance of a top notch club fitter.  It would have been easy for him to give me a stronger-lofted 6I and say, “Yeah, that goes farther, play that.”  Instead, he considered how my swing would work with the rest of the set.  Additionally, he considered my specific mishits when selecting the level of forgiveness needed.

The final step was fitting the lie angle.  This is one of the most common aspects of club fitting, but many fitters get it wrong, or, at best, only partially right.  Kyle set up the iron with impact tape on the face, lie tape on the sole, and then set a ball on the lie board.  He collected the tape after each shot I hit.

After a series of strikes, we looked at the results.  I was marking the sole tape toward the toe, but Kyle explained that the sole tape is only one part of the equation.  He also considers the ball flight and the impact location on the face.

The sole tape alone told him to make the irons more upright.  However, my more common miss is toward the heel – something that would be exacerbated by more upright irons.  Additionally, my miss is to the left – another problem that upright irons would make worse.  With the two more important indicators – ball flight and impact location – pointing toward a neutral lie angle, that’s what we chose.

With all the heavy lifting complete, Kyle and I moved on to picking out grips.  Club Champion carries a wide variety of grips from Golf Pride, Lamkin, NO1, Iomic, and Gripmaster.  Additionally, they can manipulate the shape and size of the grip by using different amounts of tape during installation.

Despite the many more colorful options, I selected a Golf Pride Z-Cord, midsize, with extra wraps of tape under the right hand to remove the taper.

If you want to personalize your irons, Club Champion can do that, too.  From custom stamping to colorful ferrules to unique paint fills, their master builders can make your clubs a true one of one.

It never ceases to amaze me how much there is to learn about club fitting.  Despite having been fit over a dozen times, I still learn something every time I go through the process.  It also amazed me that, despite having well-fit clubs, there were still gains to be made.  With the range of high quality club heads and shafts from all manufacturers, Club Champion can help almost everyone improve their performance on the course.
The following two tabs change content below.