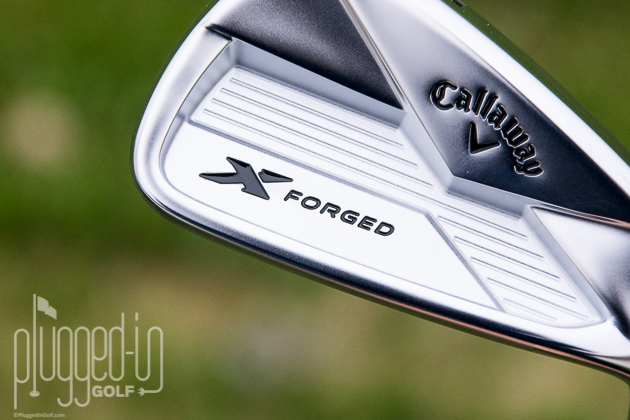 The Callaway X Forged irons are a perfect option for players who want great looks and feel with a little forgiveness. 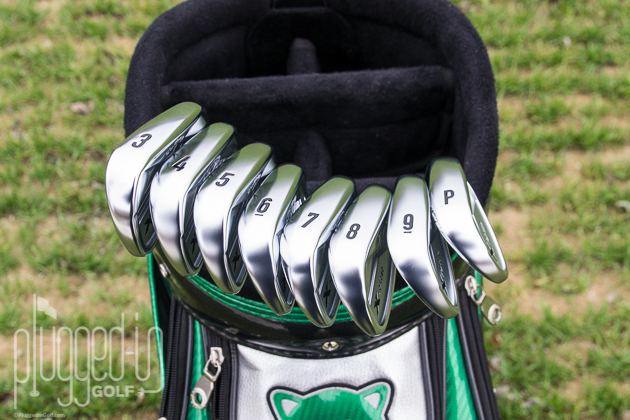 With the release of their two new players irons – the X Forged and the Apex MB – Callaway has added to an already substantial line up.  Knowing how impressive both the Apex CF 16 and the Apex Pro irons are, I wondered what these latest releases would be bringing to the table.  My testing revealed that the X Forged is different iron entirely, truly geared for the better player. 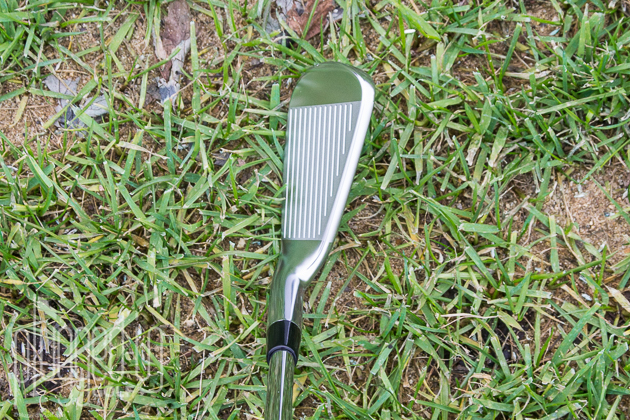 The Callaway X Forged irons are everything a better player could want at address.  The top line is thin, and there’s very minimal offset.  The head is just large enough to frame the ball, and the overall shape is a bit tighter without being boxy or graceless.

One of the most interesting visual aspects is the finish.  It’s somewhere between satin and chrome, and I think it looks great.  You get the glare reduction of satin but a little of the bling of chrome.

Comparing it to the Apex irons, the X Forged is much more of a players iron than the Apex CF 16 – less offset, thinner, smaller.  It’s nearly identical to the Apex Pro in size and offset, but the finish is different and the toe is more square. 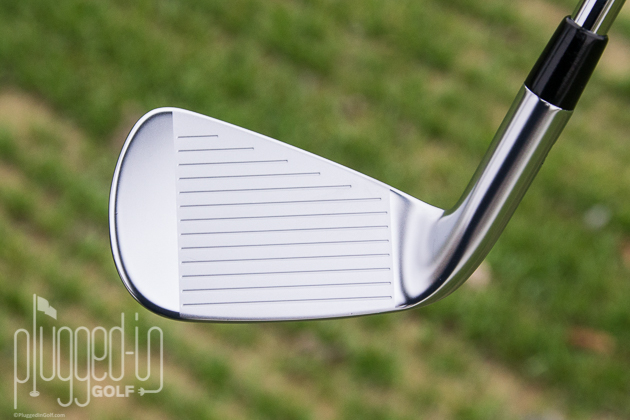 When you catch the X Forged on the center of the face, you’re rewarded with a classic feel – soft and crisp.  These irons have better feedback than many others in this category.  When you move off the sweet spot, the feel gets substantially firmer.

The sound is one of the major differences between the Apex irons and the X Forged.  Both Apex irons have that crisp “snap” of a distance iron.  They feel long.  The X Forged has a more traditional forged sound and feel that communicates control.

Callaway typically does a good job of explaining which of their irons fit each type of player.  In the case of the X Forged, they explain it by saying very little.  Whereas their other irons have high tech features like the 360 Cup Face, Exo Cage, or Tungsten Loaded Standing Wave, the X Forged is billed as having “Precision Grooves, Classic Shaping, and Exceptional Feel.”  These are irons for the player that’s consistently hitting the center of the face and is more concerned with control than distance.

That isn’t to say that the X Forged is short, not be a long shot.  The lofts of the X Forged are similar to the Apex Pro, and I found the distances to be nearly identical.  If you want the longest 6I in your foursome, you can opt for other Callaway models like the Epic.  However, the X Forged can go yard for yard with any iron in the players cavity back category.

One important, if under appreciated, technical aspect of the X Forged is the CG Progression.  What this refers to is that the CG is lower in the long irons and higher in the short irons.  This is important for two reasons.  First, in the long irons, you want a low CG to get the ball airborne and maximize carry distance.  With the short irons, you want a higher CG to create a stronger ball flight and better consistency.  I found that the X Forged irons gave me a consistent, playable peak height throughout the set, which is the hallmark of a good CG progression. 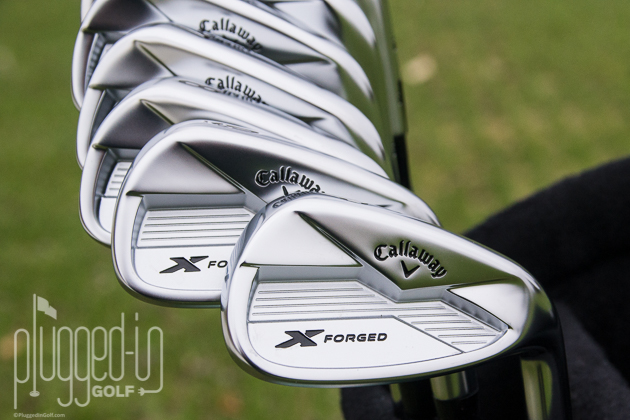 The Callaway X Forged irons were a finalist in my recent iron fitting, and it’s easy to see why.  They offer all the forgiveness that a better player would need or want without compromising on feel or aesthetics.  Combine that with great turf interaction and the ability to control trajectory and you have an iron you can expect to see frequently on Tour. 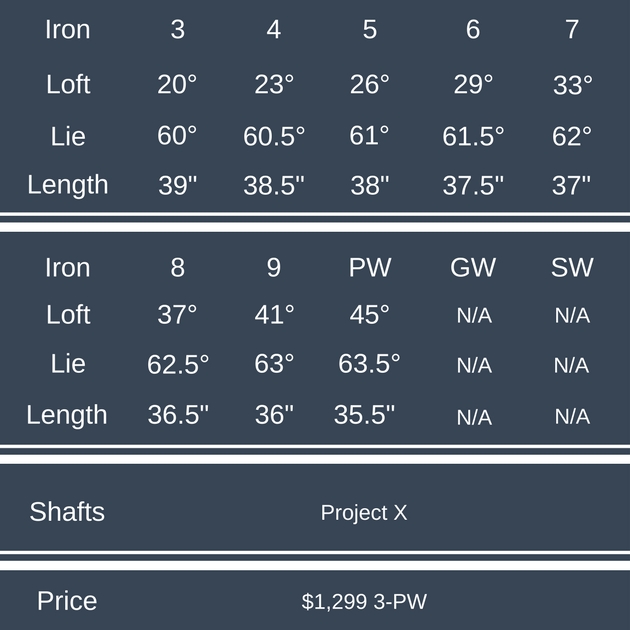