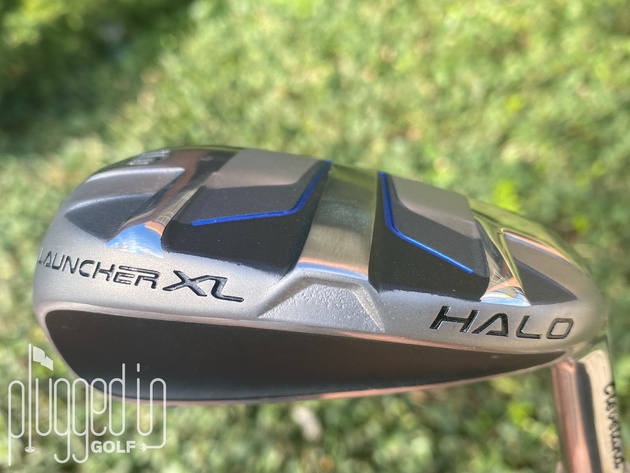 The Cleveland Launcher XL HALO irons are very large, hybrid-style iron.  Massive forgiveness and plenty of distance.  Ideal for the player looking to have more fun on the course. 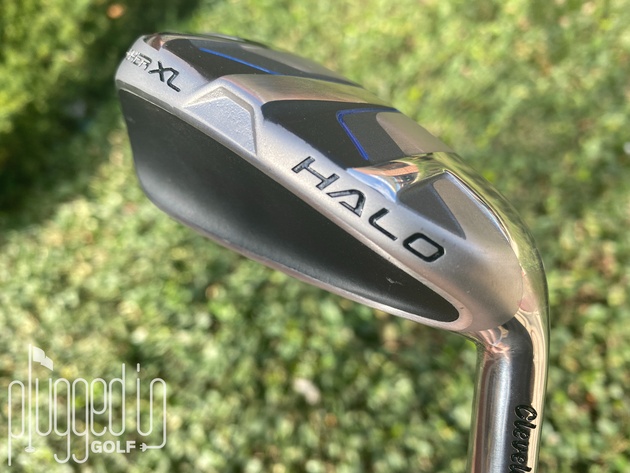 With so many new players, golf needs more iron sets built to make the game fun for the beginner.  The Cleveland Launcher XL HALO irons fit that mold perfectly, using a large, hollow head design to promote forgiveness and distance. 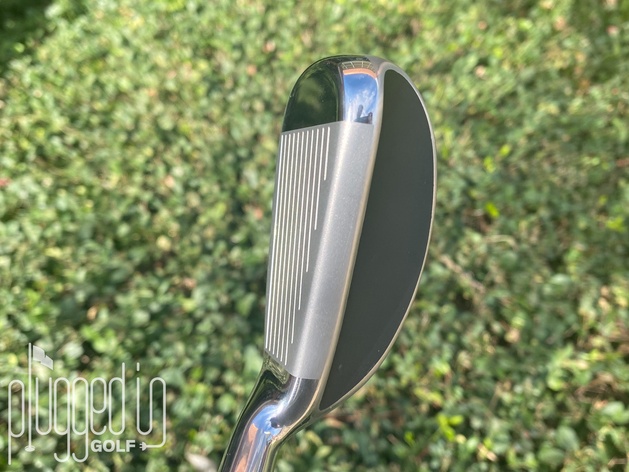 If you’re looking for a traditional beauty, this one isn’t for the you.  The Cleveland Launcher XL HALO irons are big.  That starts with a very thick top line and continues to the large “back” that sticks out beyond it.  As you would expect, there’s also a substantial amount of offset.

Cleveland does use a couple tricks to make the Launcher XL HALO look a bit smaller.  The “back” is a different color than the top line, so it’s less noticeable at address.  Similarly, the toe and heel are chrome which puts all the focus on the matte grooved area, making the face look smaller.

Ultimately, even David Copperfield couldn’t make this look like a blade, but that’s ok.  For the player that finds confidence in a larger club head, the Launcher XL HALO will be great.

If you want a lot of forgiveness in a more traditional package, check out the Cleveland Launcher XL irons HERE. 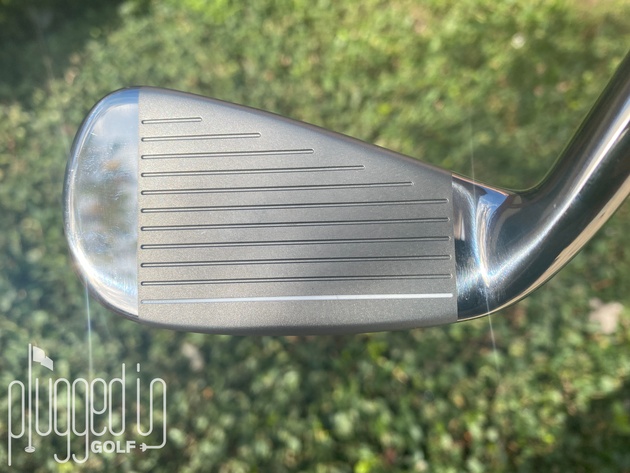 My feel expectations for a big, hollow iron are never high, but the Cleveland Launcher XL HALO surprised me.  Impact creates a crisp “click” and a feel that’s neither hollow nor solid.  Usually trying to split the difference like that isn’t very satisfying, but hitting this iron is fun.

If you’re looking for pinpoint feedback from your iron, this is not the one.  The HALO iron is built for stability, so you’ll be able to tell a pure strike from a mishit and that’s about all. 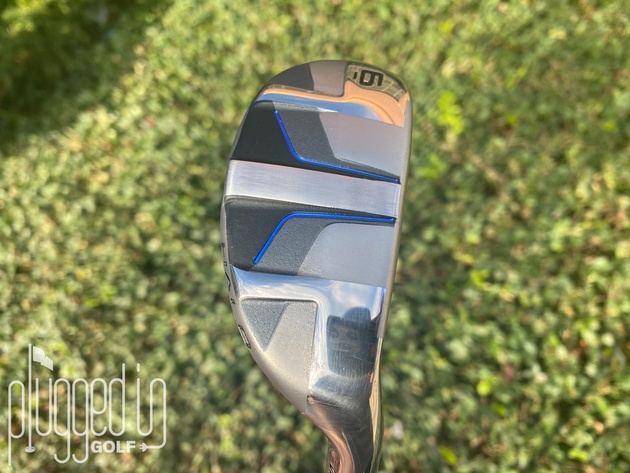 The primary reason that someone is going to play the Cleveland Launcher XL HALO irons is forgiveness.  This set has the highest MOI of any Cleveland Golf hybrid-iron, and that’s obvious in the results.  You can hit the ball all over the face and get playable results.

This iron set is also long.  Ball speed on and off center are excellent.  Combined with fairly high launch and low spin, that means a lot of distance.  And they’re not just long on pure strikes – even mishits get up in the air and carry a long way. 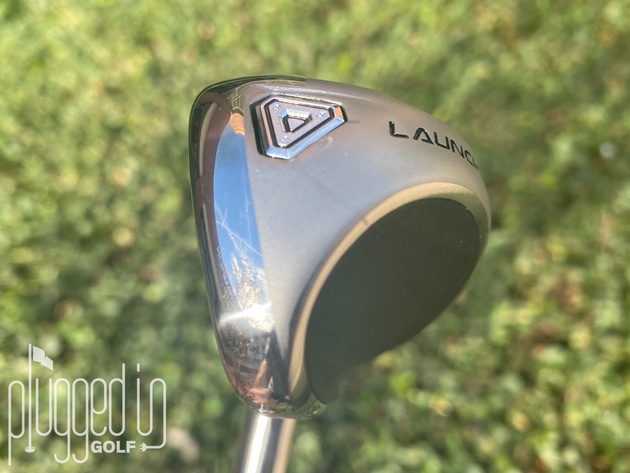 My primary concern when I got these irons in hand was hitting hooks.  These irons are fairly upright, and they want to sit shut at address.  I was pleasantly surprised to find that, despite those characteristics, the Launcher XL HALO irons really want to go straight.  In my testing, they were as point-and-shoot as any club I can remember.  It is fair to think I was making some subconscious compensations, but I wasn’t consciously fighting them and the results were outstanding.

Finally, I want to mention the clever way that Cleveland has designed the soles of these irons.  In the long and mid irons (seen in these photos), the soles have Gliderails to help the club skate along the turf.  In the shorter irons, Cleveland uses a V-shaped sole, reminiscent of some of their wedges.  Finally, the Dual and Sand Wedges have a 3-Tiered Sole.  This reflects a very thoughtful design that goes beyond distance and forgiveness. 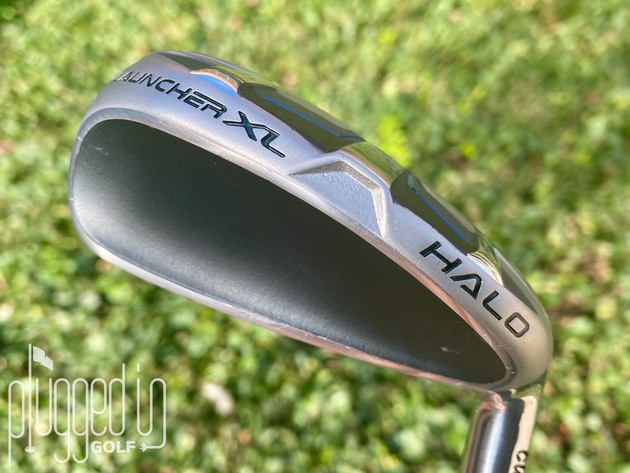 Whether you’re new to the game or simply want to take the stress of your approach shots, the Cleveland Launcher XL HALO irons are perfect.  These clubs will take almost any kind of swing and produce a ball flight that will put a smile on your face. 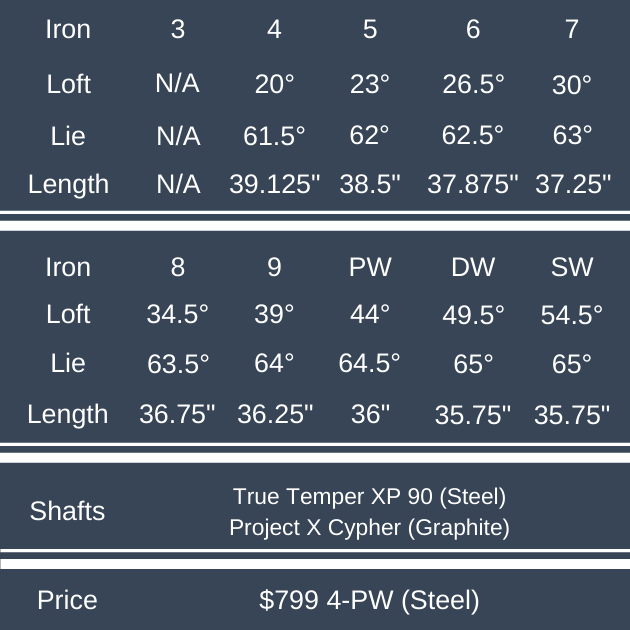