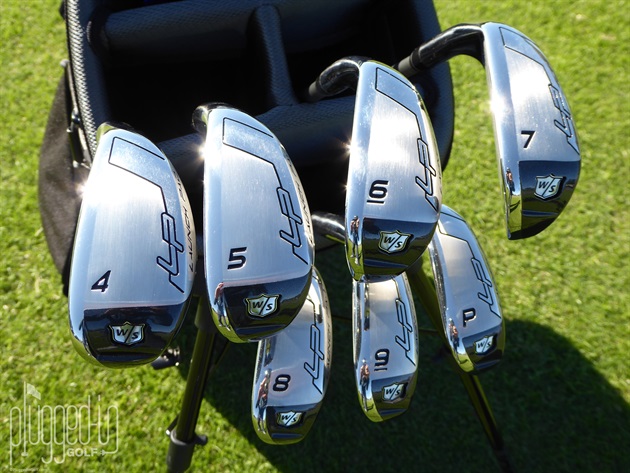 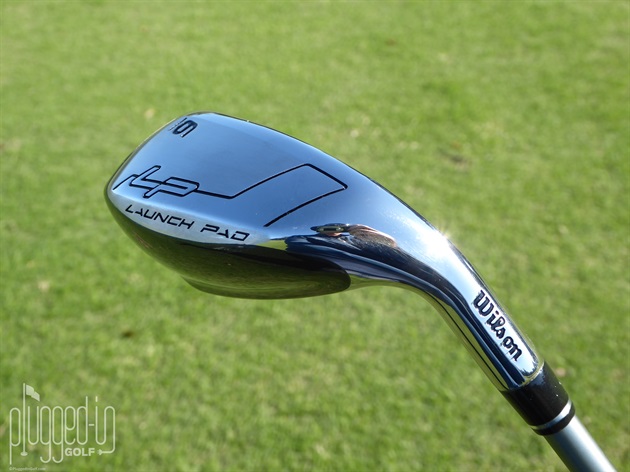 For years, the trend has been to get long irons out the bag.  Thanks to hybrids and utility irons, many players – especially those with slower swings – have ditched the 3, 4, and 5 irons.  The latest iron from Wilson, the Launch Pad, defies that new convention by encouraging golfers to put the long irons back.  That’s because these aren’t your ordinary long irons. 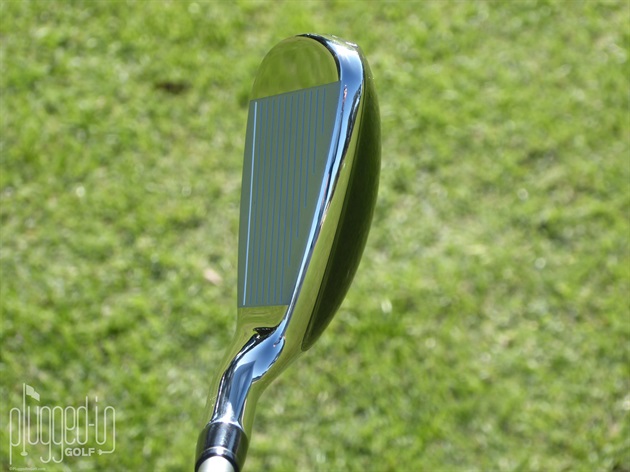 The Wilson Launch Pad irons are super game improvement clubs, and they have the size that you’d expect.  At address, the chrome top line is fairly thick, and the rear of the club extends out beyond that.  There is less offset than I expected, which makes them much more attractive to my eye.

Though the size – particularly in the long irons – is substantial, Wilson has kept the branding extremely minimal and stylish.  Besides the iron number, the sole has only the “LP” logo, the Launch Pad name, and a small Wilson Staff shield.  Unlike many SGI clubs, there are no flashy colors here, just black and chrome. 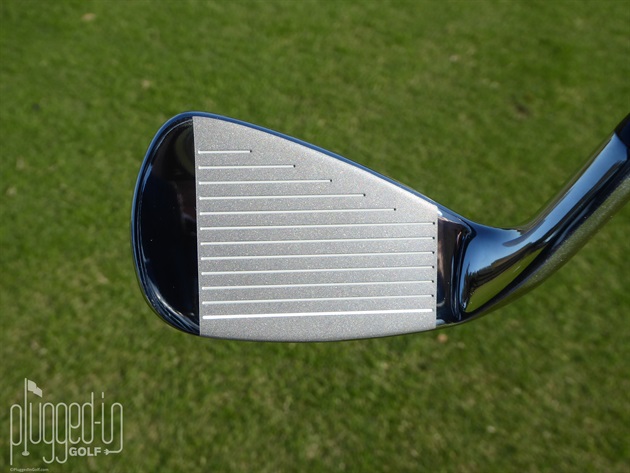 Throughout the set, the Wilson Launch Pad irons have a fast, click-y sound at impact.  However, the pitch varies as you move from the larger long irons to the smaller short irons.  In the long irons, impact is a bit louder and higher pitched.  The scoring irons are medium pitched and a little quieter.

Predictably, the Wilson Launch Pad irons make most shots feel like they’ve been flushed.  Your hands will know if you completely abandon the sweet spot, but most reasonable shots will feel good. 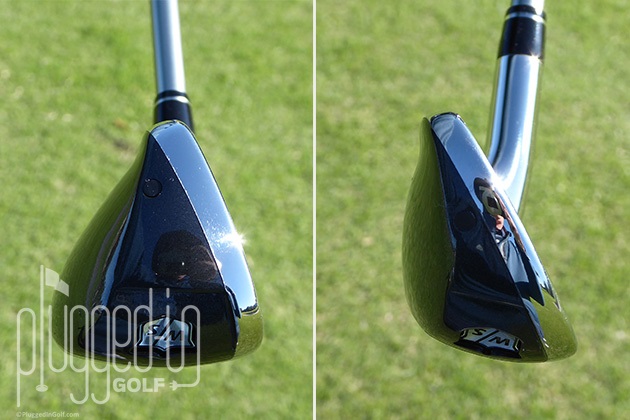 Matt Meeker and I both tested the Launch Pad irons and were equally impressed with the namesake feature.  The Launch Pad Sole is designed to “float above the turf” while lowering the center of gravity for high, effortless launch.  It performs exactly as expected.  From the scoring irons through the long irons, the ball soars on a towering trajectory and lands like it was dropped off a skyscraper.

Part of the Launch Pad’s high launch is created by the low CG, part of it comes from lofts that are surprisingly traditional.  No, these are not 1950’s specs, but compared to other SGI clubs they’re not too strong.  But don’t be concerned, there’s still a ton of ball speed and that combined with high launch means lots and lots of carry distance. 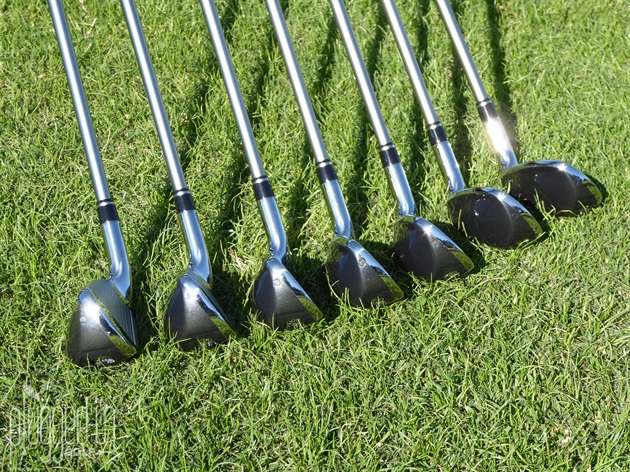 What I was most eager to test was the performance of the long irons.  As someone who hits it low, I have to be very careful about when to switch to utility irons or hybrids.  With the Wilson Launch Pad irons, I got beautiful trajectories and sensible distance gaps all the way from 4-PW.  The 4 and 5 irons launched high, carried a long way, and landed softly.  What more can you ask for?

Finally, the Launch Pad irons have an unusual stock grip.  Wilson has made a rubber Lamkin midsize grip the standard on this set.  As someone who regularly plays midsize grips, this made the clubs very comfortable for me right out of the box.  While the effects of grip size are not uniform across players (learn more HERE), this larger grip may help some people relax the tension in their arms and make a smoother, faster swing. 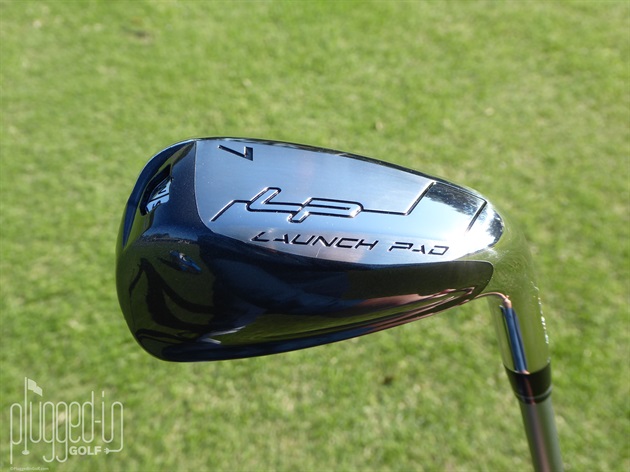 Whether you’re looking for a set that will allow you to play a 4I again or you just want to hit higher, longer shots, the Wilson Launch Pad irons are worth a look.  Their progressive set design pairs maximum ease of play in the long irons with more compact, controlled scoring clubs.  Get fit for the right shaft and flex and enjoy hitting towering shots effortlessly. 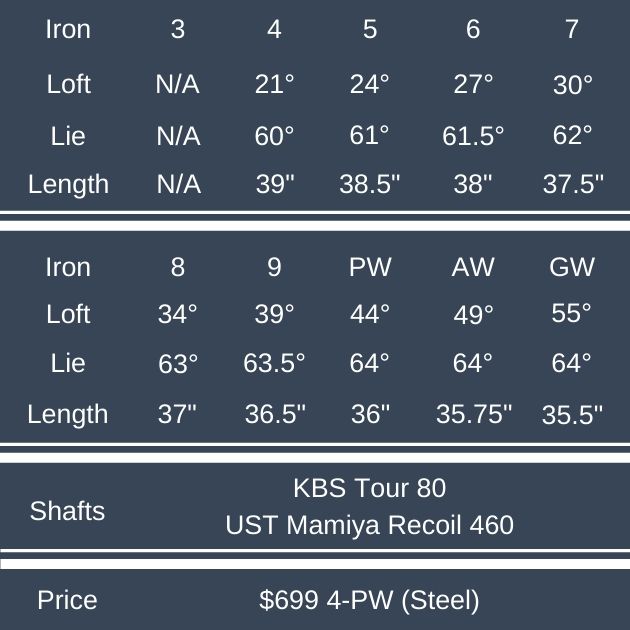