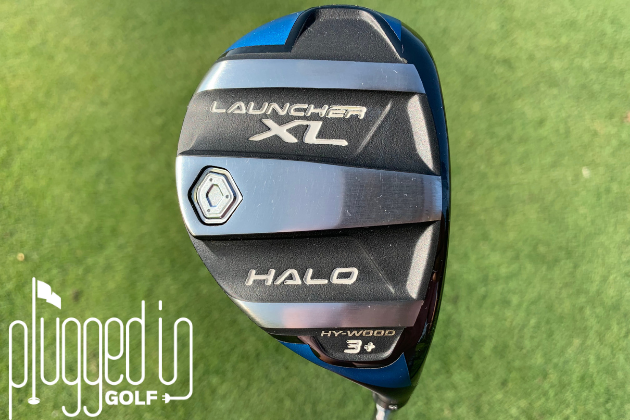 With the Launcher XL Halo Hy-Wood, Cleveland has created a new category of golf clubs.  For those who struggle to hit their fairway woods squarely, or maybe just need a bit more juice out of their hybrid, this aptly named “Halo” may be a Godsend. 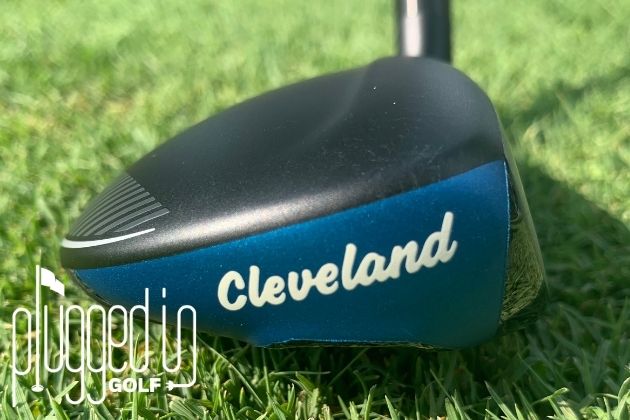 In the last year, I have heard a lot of discussion in the golf world about what clubs to have at the top of your golf bag after your 3-wood.  For many, it’s down to two choices: a hybrid or another wood.  Well, Cleveland went and created a whole new golf club to split the difference.  Part hybrid, part wood, they call it — the Hy-Wood. 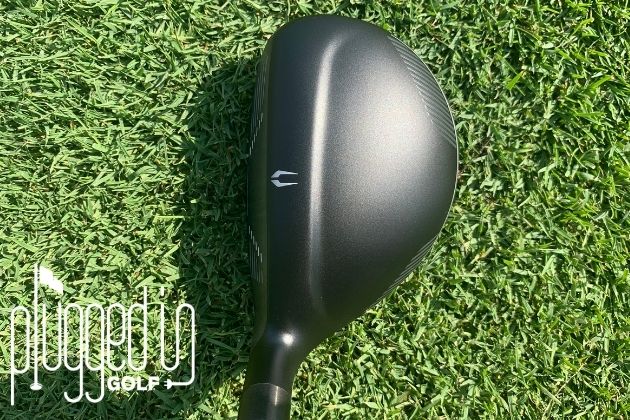 When it comes to this club’s appearance, it looks more hybrid than wood.  It’s the same size as the XL Halo 3-hybrid (143cc), which is smaller than the XL Halo 5-wood (176cc), while all have the same loft.  However, the Hy-Wood does have the face of a fairway wood. 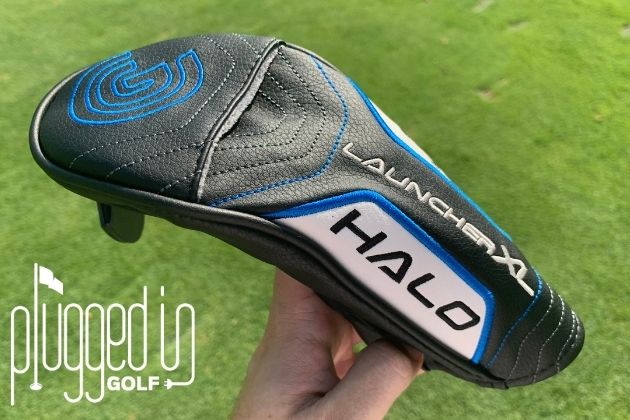 Like with the rest of the Launcher XL Halo lineup, this club primarily features the color turquoise on the bottom of the club, with accents of black and silver.  Looking down at the club from address, the top comes in a matte black, which is always a positive to avoid sun glare.  Despite being only 18°, it looked like it had more loft which created a level of confidence I don’t experience from most hybrids. 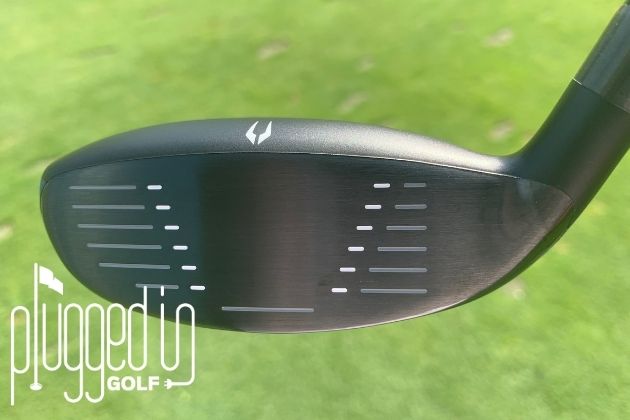 I was shocked at the pleasant, smooth feel of this golf club.  It felt light, stocky, and powerful.  Despite not hitting any practice shots on the range, I struck every single shot pure during my first few rounds with it.  The sound of this club was a “thwack.”  It was dull, pleasant, and honestly a bit unique compared to other hybrids I’ve recently hit.

While it doesn’t feel as explosive as the 5-wood in the same family, the Hy-Wood felt fast, soft, and springy.  This was a stark contrast to the duller sound.  That pleasant feel continued on mishits, but there was a bit of feedback and vibration in the hands. 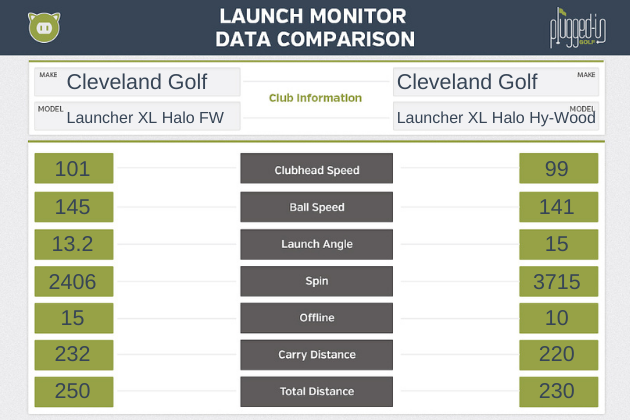 So what is this Frankenstein monster of a golf club?  Well, it tries to take the best aspects of both a hybrid and a fairway wood.  As a result, it’s a bit different than each.  It comes in a standard 18° loft, sports a Golf Pride Tour Velvet grip, and a Project X Cypher shaft, standard.  It’s also important to note that the shaft is 41.5’’, meaning that it’s a bit shorter than the Halo 5-wood (42.625″) but longer than the Halo 3-hybrid (40.5’’).  In my experience, that meant that the Halo Hy-Wood launched higher, spun more, and was slightly more accurate, but not as long, as the Halo 5-wood.

Personally, my performance with the Hy-Wood was stellar.  Apart from the numbers, which I’ll address, it was a club that performed how I needed it to from the tee or on the turf.  Even with little pitch shots from the rough around greens, it worked wonders! 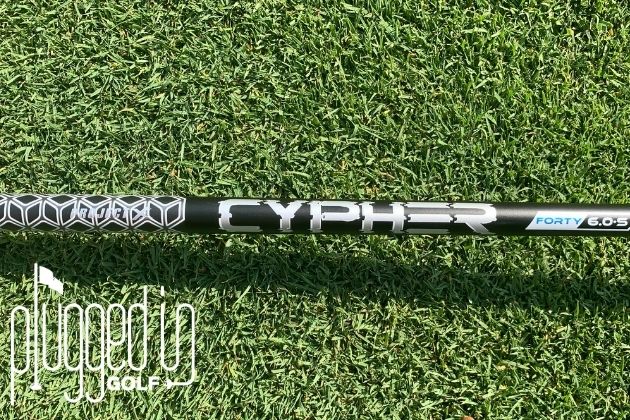 Looking at the numbers, there’s a lot to like.  I wouldn’t describe it as a club that’s made exclusively for distance even though that seems to be how it’s marketed.  I think the marketing isn’t focusing enough on how forgiving the club is.  I found it to be an extremely low-maintenance, low-effort golf club to use.  There was a lot of consistency to be found in the club in both distance and in launch, and the launch it produced was consistently high.  It lives up to its name: “HALO” line stands for “High Angle Lift Off” and that held true in my experience.

One thing I did find a bit disappointing was the lack of customization options.  While the hybrid and wood models of the Cleveland Launcher XL Halo series offer an “accuracy” build, the Hy-Wood does not.  It does make a bit of sense considering the primary marketing of this Hy-Wood is distance, but the option to make that modification would have been interesting nonetheless. 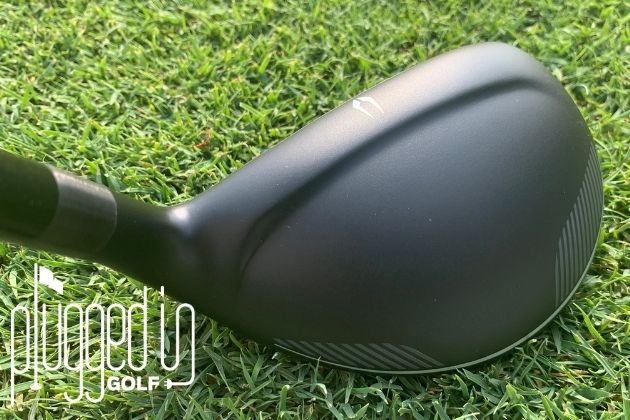 This club was flying further than my current 3-hybrid gamer and was noticeably easy to launch, even on non-centered hits.  In addition, I found I didn’t need to sweep with my swing like I had to with my 3-wood.  So although I don’t struggle to hit woods, I think those who do are going to be all over this club, getting great distance out of a hybrid.

It’s also important to note that I was getting such great performance out of a club that’s noticeably cheaper than many other brands.  While Taylormade, Titleist, and Cobra have hybrid offerings at $279 and Callaway has a comparable model in their Epic Super Hybrid at a staggering $400, Cleveland’s Hy-Wood is on offer for just $220. 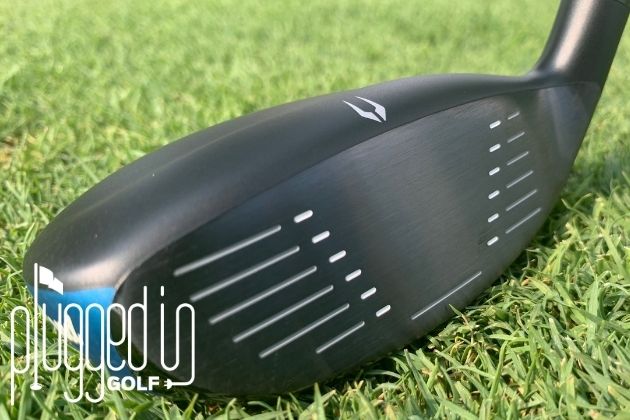 There are many great clubs out there, but just because they’re awesome doesn’t mean they find their way into my bag.  I’ve had a trusty Taylormade Burner rescue for years, but this Halo Hy-Wood has replaced it.  It’s consistent, versatile, and forgiving.

The Cleveland Hy-Wood hasn’t reinvented the wheel, but it’s a really great wheel.  It’s confidence-inspiring, and it’s worth a try for almost any kind of golf.  Who knows?  Maybe it’ll wind up in your bag too. 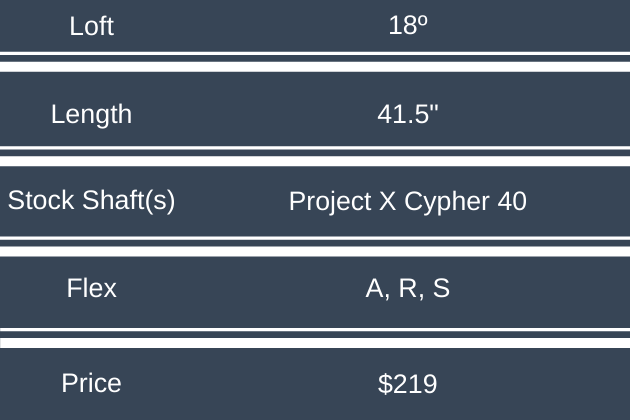