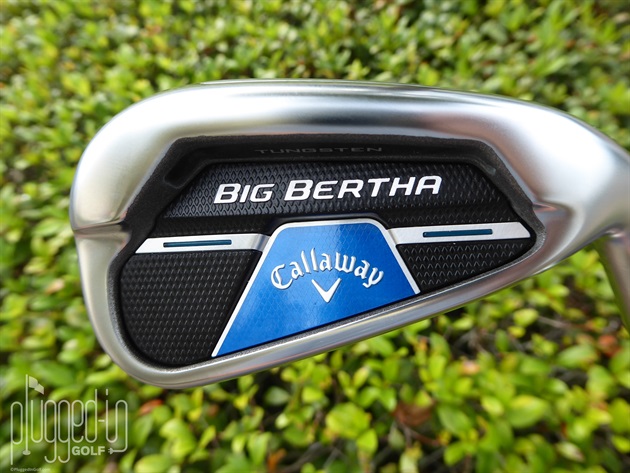 Callaway proves that more is better with the Big Bertha B21 irons.  Super easy to hit, powerful, and forgiving.  Very consistent. 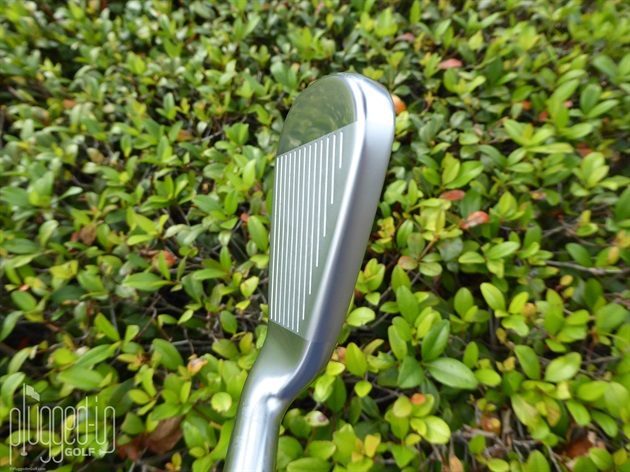 While most companies are satisfied offering one set of irons in the Super Game Improvement (SGI) category, Callaway offers two:  MAVRIK MAX and Big Bertha B21.  Which one is better for you depends on your swing and your needs.  Callaway offers a wonderfully simple chart comparing the two irons on four design aspects:  offset, sole width, forgiveness, and launch.  Across the board, ‘more’ would be the operative word for the Big Bertha B21 irons.  I’ll dive into the details of the B21 irons below, but if you’re in the market for SGI irons don’t miss Matt Saternus’s review of the MAVRIK MAX irons HERE. 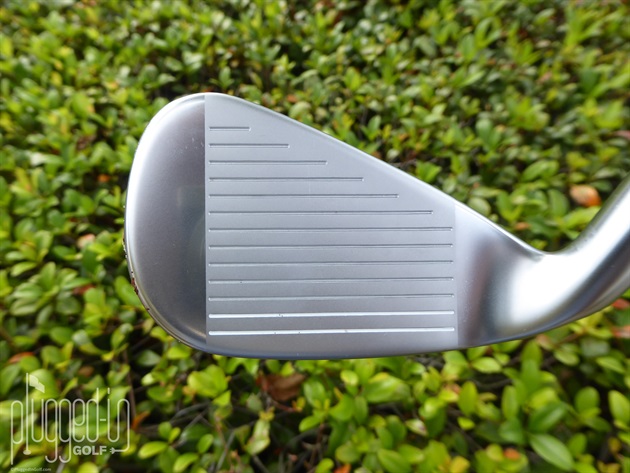 I’m still a fan of the smoked grey finish on the 2019 Big Berth irons [full review HERE], but the new B21 irons are better looking in the bag.  The black and blue badging really stands out against the brushed silver of the club head.  The modestly sized logos offer crisp and refined identification.

Pulling a Big Bertha B21 iron from the bag, there’s no hiding its functionality.  The sole is wide and the toe is beefy.  Addressing the golf ball, my eyes are drawn to the thick topline that almost diverts my attention from the big offset.  Clearly these irons are built for easy launch plus maximum forgiveness and to help golfers who slice. 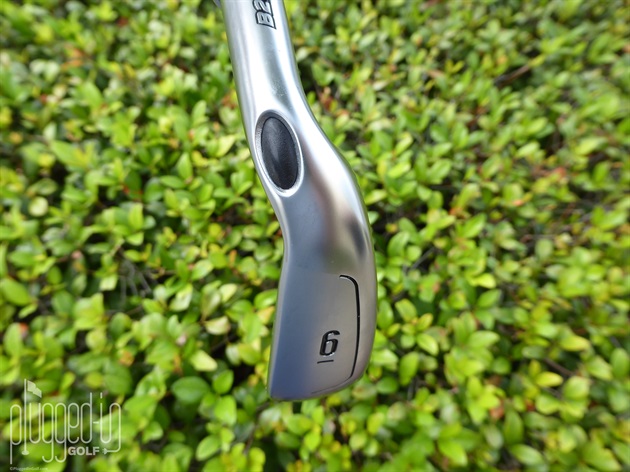 Hitting balls with the Big Bertha B21 irons put my senses at odds.  Impact felt soft to my hands, yet sounded clicky to my ears.  With more hits, I concluded the dichotomy was real – and by design as I later learned.  Turns out Callaway incorporated urethane microspheres to absorb vibration, making virtually every shot feel pure.  I had to catch the ball far from center for a shot to feel like a mishit. 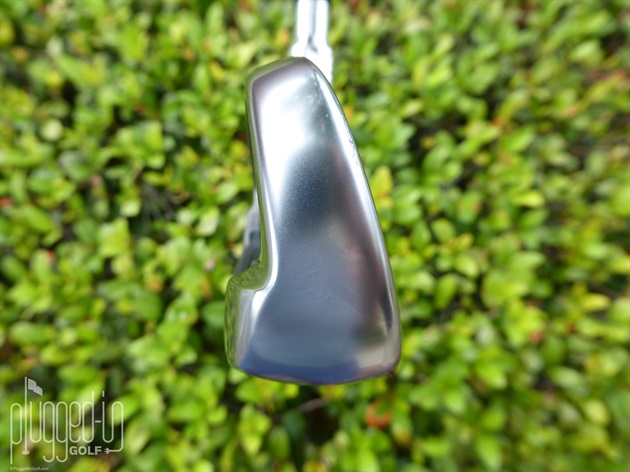 Those microspheres aren’t new to Callaway, but serve as another great example of Callaway integrating proven technology across their product lines.  The B21’s are also the first Big Bertha irons designed by A.I. to maximize performance of each club.

Noteworthy from my very first swing was how easy it was to launch the ball.  The wide sole and integrated tungsten weight made getting the ball in the air seem effortless.  After hitting about a dozen balls, I started noting how consistent the Big Bertha B21 irons were.  Good strikes were powerful, but more impressive was how little penalty there was on the not-so-good hits.

Reviewing launch monitor data confirmed my observations – the Big Bertha B21 irons are super forgiving.  Ball speed was strong and consistent.  The gap between those good and not-as-good hits was only about 10 yards of carry.  Low spin kept the ball on a straighter flight and provided additional distance with rollout.

As someone who typically plays a slight draw, I expected to hit some power hooks with the strong offset, but the Big Bertha B21 irons kept the ball as just left bias.  When I switched to an out-to-in swing, the B21’s really flexed their design muscles, sending the ball straight down the target line.  Even my attempts at full on slices resulted only in fades. 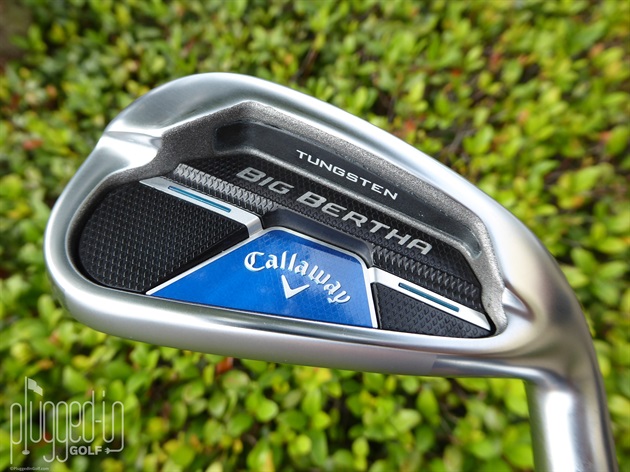 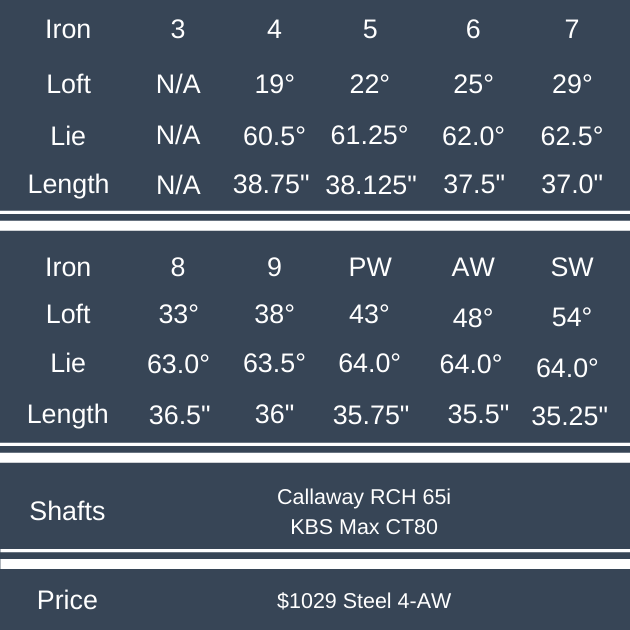