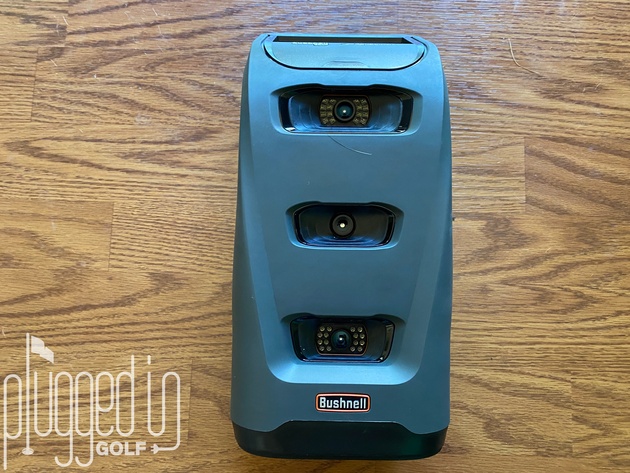 The Bushnell Launch Pro launch monitor gives you the accuracy of the Foresight GCQuad at less than half the price.  Extremely easy to use.  Great software. 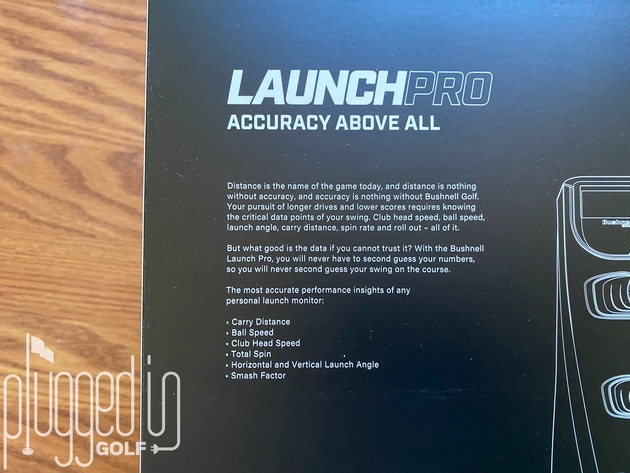 The trend that started last year with the Garmin R10 [review HERE] is continuing to pick up steam.  This year, we’ve seen both the Full Swing KIT [review HERE] and now the Bushnell Launch Pro making high quality launch monitors affordable to a wider range of players.  In this review, I’ll get into the details of the Launch Pro to help you decide if this is the right piece of technology to help you improve your game. 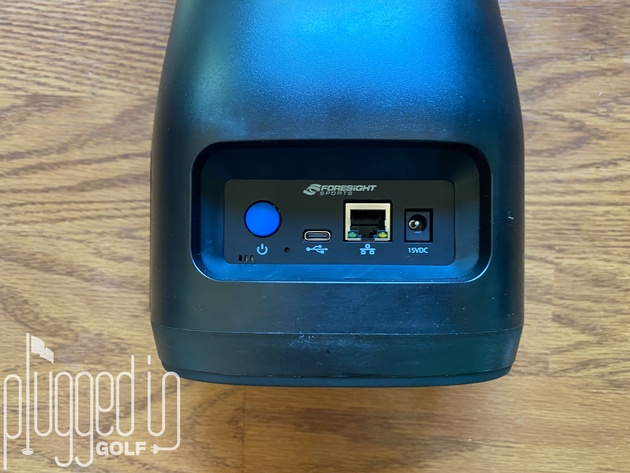 One of the best reasons to opt for the Bushnell Launch Pro is the ease of use.  Push the blue power button, set it down, and you can start hitting shots.  You don’t need to specify the club you’re hitting, you don’t need an app, you can just practice.

The Launch Pro has a touchscreen that lets you manage a handful of options such as club tracking and backlighting.  I wish the screen was a bit quicker and more responsive, but that’s a first class complaint.

If you do want to connect to a tablet or computer, you can do that through a USB cable to WiFi connection.  Both are easily done and the software is excellent.

One final note is that, just as with the GCQuad, you need to apply stickers to the club face to get club data.  The stickers are easy to apply and quite durable.

To test the Bushnell Launch Pro, I set it up side by side with my Foresight GCQuad.  Across all the ball data points measured by the Launch Pro, it was consistently very close to, if not identical to, the GCQuad.  Ball speed, for example, would either be identical or +/- 1 MPH.  Launch angle was within a degree.  Carry distance was within a yard, maybe two yards with the driver.  I would have no problem trusting the data from the Launch Pro for my reviews, a fitting, or my own improvement.  The demo unit that I tested did not have club data enabled, so I was not able to test that.

The metrics that the Launch Pro captures are as follows.  For ball data, it reports ball speed, carry distance, vertical and horizontal launch angles, total spin, spin axis, back spin, and side spin.  Additionally, with the Gold subscription (more on this later), it captures club speed, smash factor, club path, and angle of attack.

A brilliant feature that the Bushnell Launch Pro borrows from the GCQuad is the ability to customize the target line.  This is done in seconds with the included reflective alignment rod.  Simply drop the rod along your target line, wait for the unit to beep, and the Launch Pro will use that line.  This eliminates concerns about the unit not being properly aligned to your target.

Finally, as I said in my GCQuad review, I know there are certain people who want to spend their time fighting about camera vs. doppler.  I’m not one of them because I recognize both are excellent and have specific strengths and weaknesses.  If you want to fight that fight, you’re welcome to share your thoughts in the comments section.  Please know in advance that disrespectful comments will be deleted. 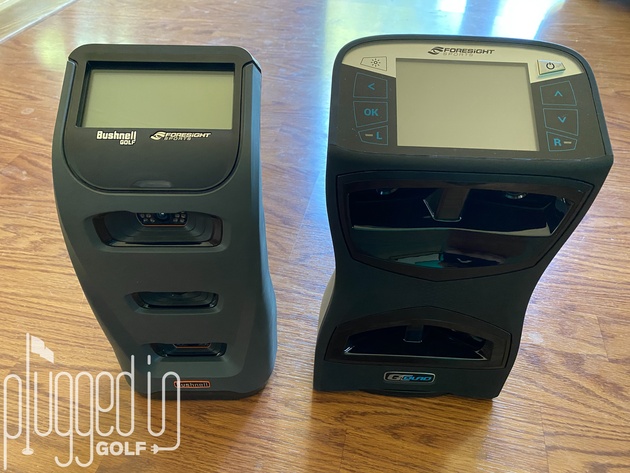 The Bushnell Launch Pro is the same device as the Foresight GC3.  By either name, it’s the little brother to the Foresight GCQuad [review HERE].  There’s a sizable disparity in price that covers the following differences:

Foresight offers all this data, and a comparison to the GCHawk, HERE. 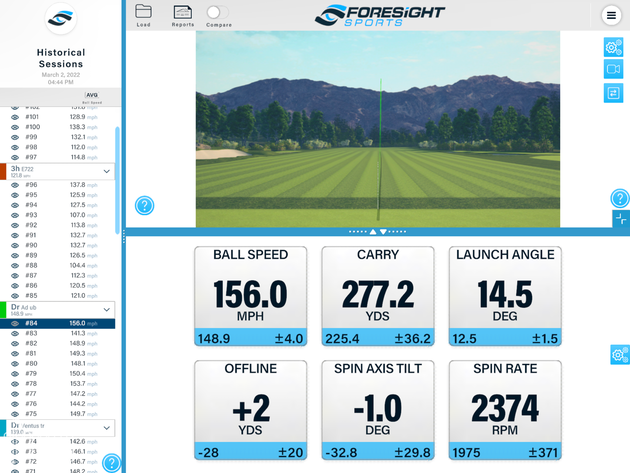 As I stated in my review of the GCQuad, I think the FSX Pro app is as good or better than anything else available.

When you load the app, you can start a new session or jump into the one you last worked on.  From there, you select a club and start hitting shots.  You can further customize what data you want to display.  I love the ability to see only certain metrics, because it helps me to remain focused during my practice.

For club fitters or tinkerers, you can also add tags (labels) to each shot.  During a driver fitting, that may be the name of the club or shaft or the weight or hosel setting.  One very thoughtful feature is that you can go back and edit the tags after the fact if you forgot to make a change.

The Bushnell Launch Pro launch monitor also powers golf simulation with the FSX Play software.  This does need to be run on a PC with a fairly powerful graphics card to support the up-to-5K resolution.  The game modes include long drive, closest to the pin, and, of course, full rounds.  Simulation requires at least a Silver subscription, which is explained in detail below. 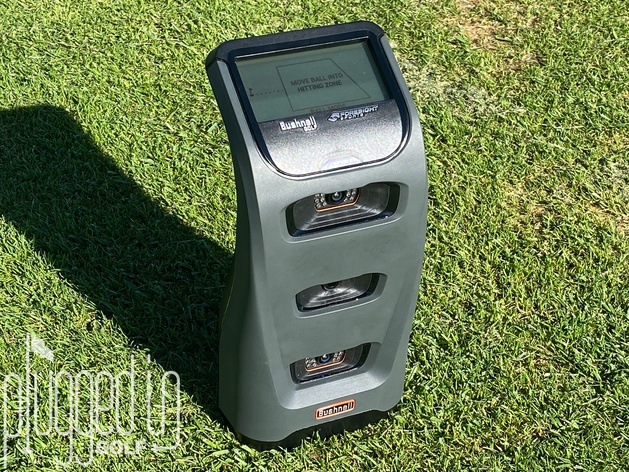 The Bushnell Launch Pro launch monitor retails for $3,999, but it’s important to note that this is not the complete cost.  For $3,999, you get one year of Basic package.  After the first year, the Basic package is $249/year.  This unlocks the basic metrics like ball speed, total distance, launch angle, and spin.  The Silver package costs $499/year.  It does not unlock any additional metrics but it does enable simulated golf (5 courses) and a 3D range in the FSX software.  Finally, there’s the Gold Package which unlocks all of the data points, 10 courses, and more session storage for $699/year.  When you buy the Launch Pro, you get 30 days of the Gold package included.  You can choose to unlock the Gold package permanently for $3,499.

For my Value evaluation purposes, I’m looking at the Bushnell Launch Pro as costing $7,500 – the fully unlocked price.  At that number, it’s still far less than half the cost of the Foresight GCQuad.  While it does give up some functionality to the Quad, I think any non-professional user will be well served by the Launch Pro. 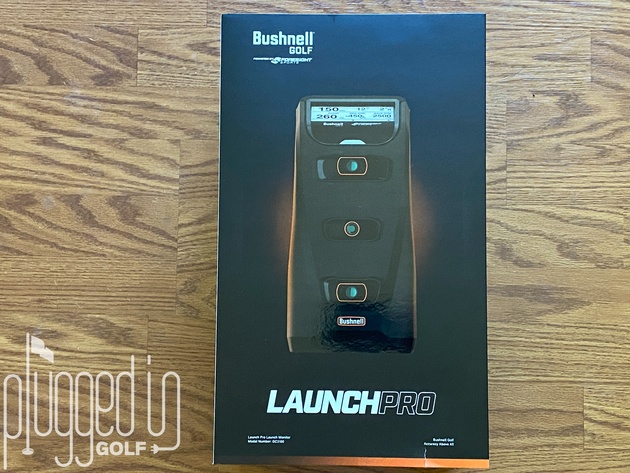 The Bushnell Launch Pro is another huge step toward making pro-grade launch monitors available to everyone.  It cuts the price of Tour-level data by over half so that more golfers can improve their swing and their gear.  If you’ve been waiting to add a launch monitor to your kit, this is a great time to get off the sidelines.