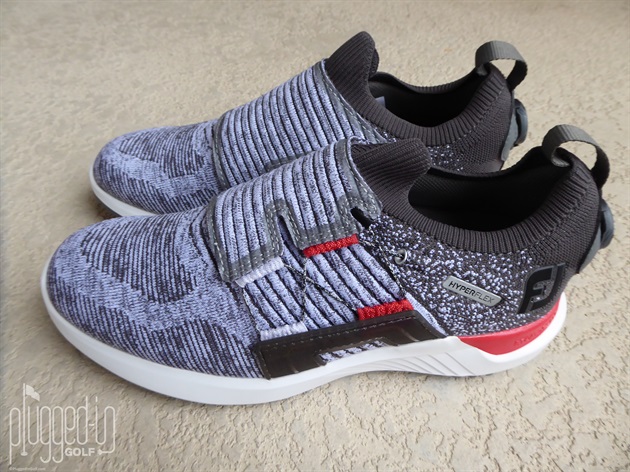 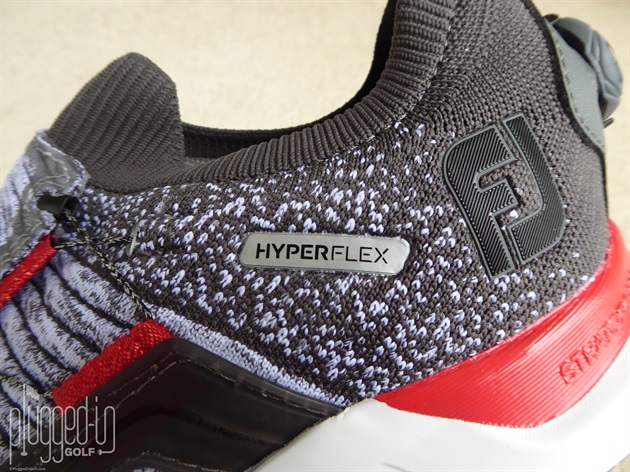 Typically, when FootJoy releases a new shoe within a given line, it shares quite a bit with its predecessor.  A quick look at the previous HyperFlex [full review HERE] will tell you that FootJoy has completely reinvented this line for 2021.  By pairing a knit upper with a traditional spiked sole, FootJoy is offering golfers all the benefits of a knit shoe without any of the compromises. 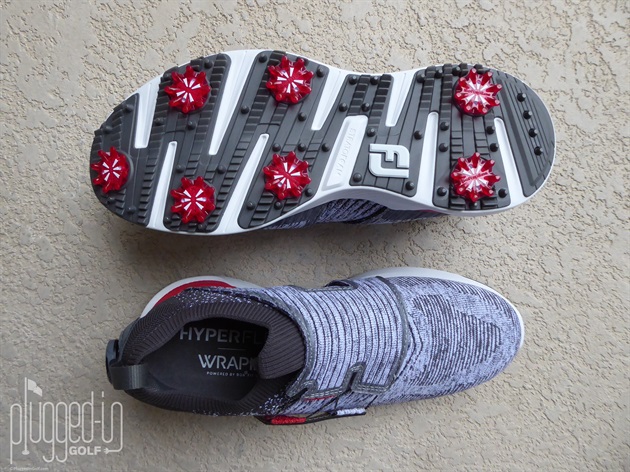 Based on the social media reactions from our readers, the FootJoy HyperFlex is a very polarizing shoe.

Overall, I like the look of the HyperFlex, but it is a mixed bag.  On the plus side, I dig the gradient color scheme, and I think FootJoy picked great colorways.  I also like how the shoe is visually busy due to the material but doesn’t have a lot of different pieces to it.  It’s undeniably unique and eye-catching.

My one aesthetic complaint is that the “flap” that tightens the shoe looks like something from a Velcro shoe.  If you share my feelings, you can opt for the laced version. 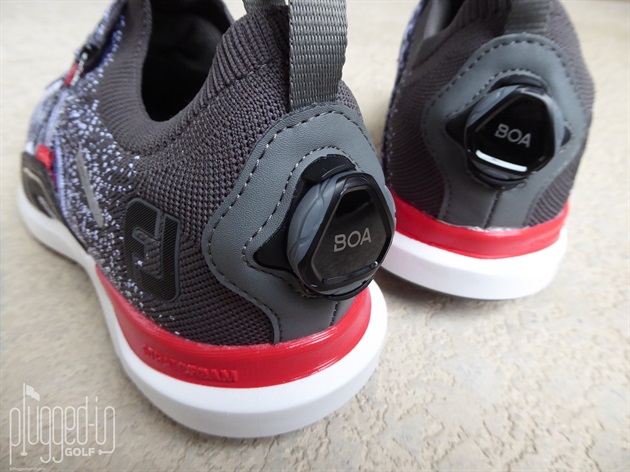 You can quibble with the look of the FootJoy HyperFlex, but, once you put them on, there’s no arguing that they’re extremely comfortable.  FootJoy pulled out all the stops here.  That starts with StratoFoam cushioning, also found in the FootJoy Stratos [review HERE].  Inside this shoe, your foot feels supported and just slightly removed from the ground, lessening the impact of each step.

The knit upper is light and flexible, allowing your foot to move naturally without impingement.  Also, the sock-like opening feels great, especially for those that prefer low socks or going barefoot.

In terms of fit and structure, the HyperFlex favors mobility and comfort over support.  There’s ample room in the toe box, and the BOA Fit System holds your foot in place without creating pressure points.  Both Matt Meeker and I found that the HyperFlex sizes true to FootJoy standards, which is slightly larger than some other makers.  Be sure to try these before you buy them, and pay attention to the fit in the heel. 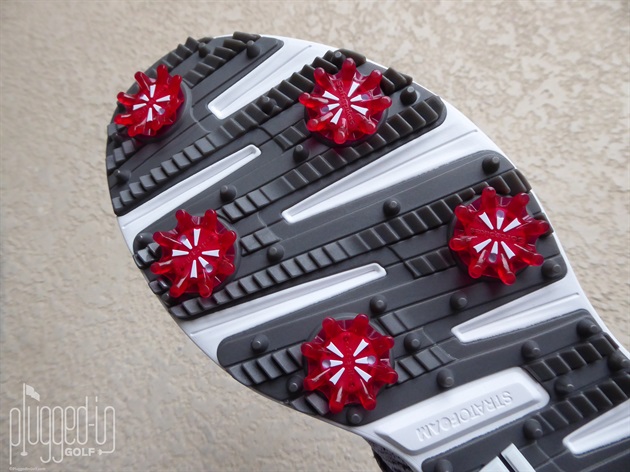 The FootJoy HyperFlex makes a simple, enticing pitch: all the comfort of a knit shoe without sacrificing any performance.  That starts in the sole, which is home to seven “real” spikes.  As someone who plays most of his golf in spikeless shoes, I sometimes forget just how much traction you can get from spikes.  If you play in sloppy conditions or just want to get really grounded in the turf, you’ll love the HyperFlex.

Another unusual thing that FootJoy is bringing to the knit shoe is a two year waterproof warranty.  I gave the HyperFlex my usual bathtub test, and they performed very well.  If rain or dew has kept you out of mesh shoes before, it’s time to reconsider.

There are two areas where the HyperFlex differs from most knit golf shoes.  First is weight.  In size 13, the HyperFlex weighs 15.1 ounces.  This is lighter than most traditional shoes but heavier than many knits.  Subjectively, the HyperFlex feels lighter than that measurement, but if you need the lightest weight possible, this isn’t it.  The other difference is in its height.  The HyperFlex is quite tall throughout – likely due to the spiked sole – where many knit shoes are low to the ground with zero drop heels.  As always, whether or not this is good is a matter of preference.  If you’ve always played in traditional golf shoes, the HyperFlex will feel much more natural than a low, zero drop shoe. 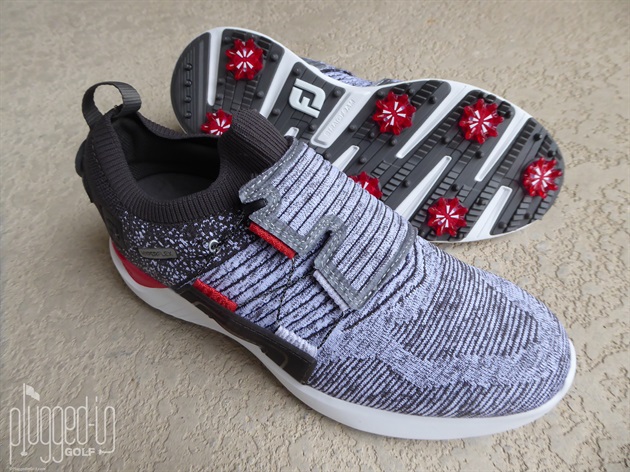 Whether you opt for the BOA closure ($180) or the laced version ($150), the FootJoy HyperFlex is a fantastic golf shoe.  FootJoy has blended many of the best things about knits – comfort and breathability – with the traction of a spiked sole and excellent waterproofing.