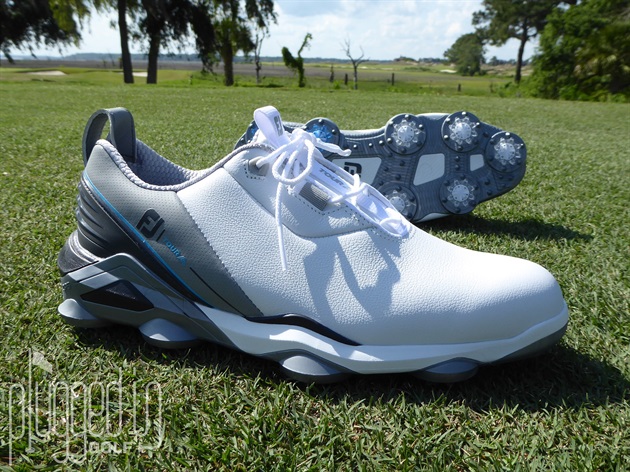 The FootJoy Tour Alpha is built for stability, and it delivers.  Great support and cushioning. 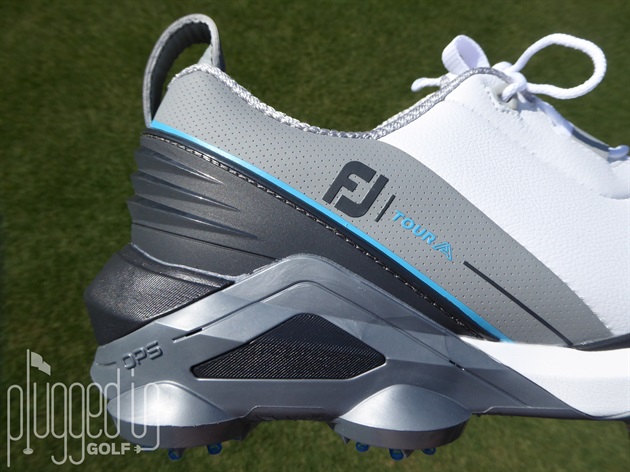 If you track the golf shoe market, you’ve noticed a trend toward “do anything, go anywhere” shoes.  Those shoes are great for a casual nine or a quick range session.  But when you need to hit the fairway on #18, you want a shoe built for one thing: stability.  The FootJoy Tour Alpha is that shoe. 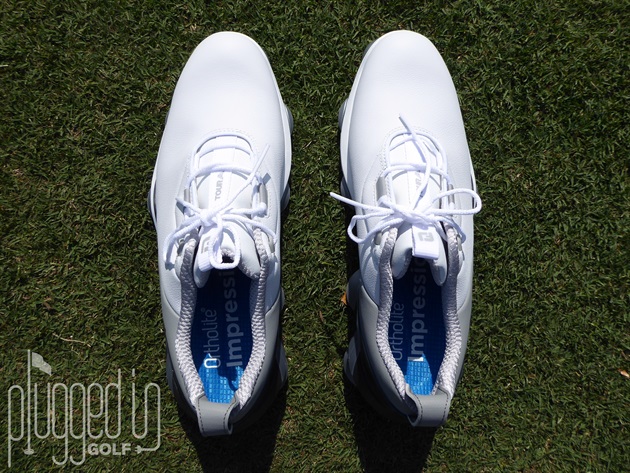 If you asked me to draw a high tech, top of the line FootJoy golf shoe, I would draw the Tour Alpha.  Looking down, they deliver the clean, classic look you expect from FootJoy.  From every other angle, you see sharp modern lines done with a high level of restraint.  As is their habit, FootJoy has infused a dash of color to pique visual interest in otherwise staid color schemes. 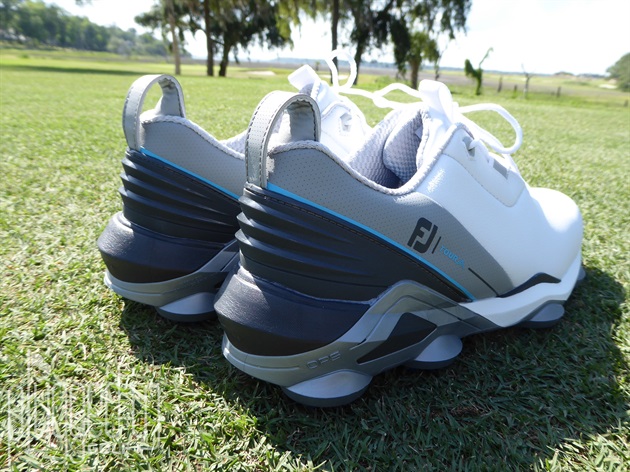 Sliding into the FootJoy Tour Alpha for the first time, I equated them to a firm handshake.  They’re not trying to squeeze the life out of you, but they want their presence known a bit.  Despite their athletic look, the Tour Alpha is a leather shoe, so it is likely to get a bit more supple with wear.

As I wore them more, I found that the Tour Alpha sets a definite boundary around your foot.  Within those limits, your foot has ample room to move.  Notably, I found the toe box to be more spacious than expected.  However, those boundaries are hard limits with a lot of structure and support. 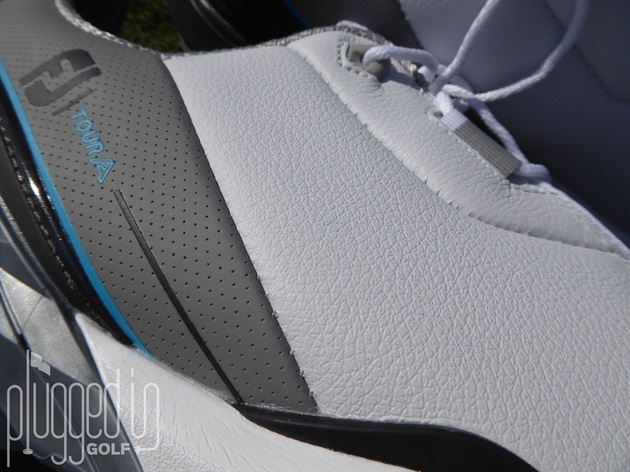 Underfoot, FootJoy employs an OrthoLite EcoPlush Fit-Bed for cushioning.  The advantage of OrthoLite is that it does not “set,” so the cushioning remains the same round after round.  Meeker made particular note of how comfortable the cushioning is, and I enjoyed its “just right” firmness.

In terms of sizing, I found the Tour Alpha to fit well in my normal size 13.  Matt Meeker found a slightly better fit in a 9 compared to his usual 9.5.  This could be due to FootJoy’s use of the Laser Plus Last which is slightly roomier, especially through the toe. 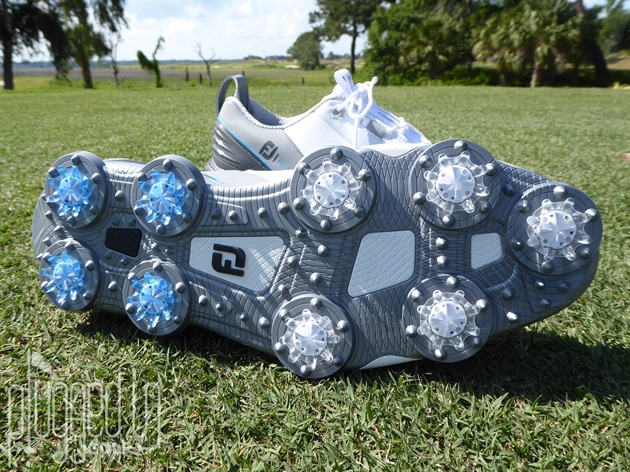 Stability is the focus of the FootJoy Tour Alpha, and it absolutely delivers there.  The replaceable spikes are set wide to create a powerful, secure foundation for your swing.  For traction and anchoring to the ground, there may be shoes that equal the Tour Alpha, but I can’t think of one that surpasses it.

Of course, the sole is only the first part of creating a stable shoe.  If your foot isn’t secured inside the shoe, all the traction in the world doesn’t matter.  FootJoy keeps your foot locked in with a fitted, 3D molded heel and lateral stability elements.  In all the swings I took in the Tour Alpha, I never once slipped, got “outside” my feet, or even thought about my footwork.  These shoes 100% deliver on their claims of stability.

For all their virtues, it should be noted that the Tour Alpha is not for everyone.  The heel of these shoes is fairly tall – the norm for FootJoy – so those seeking “natural motion” shoes may be uncomfortable.  Also, the sole is very rigid.  If you’re coming from a more mobile shoe, you might feel fatigue or discomfort until you adapt.

As noted earlier, the FootJoy Tour Alpha comes in three different closure systems.  Matt Meeker and I tested the conventional laced version ($189).  There is also a lace-free BOA Closure ($219) with the dial on heel.  Finally, there is a Dual Boa version ($249) with one dial on the heel and another on the outside of the foot. 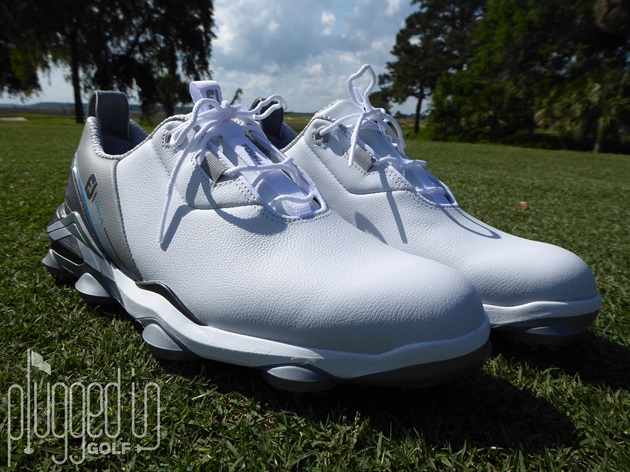