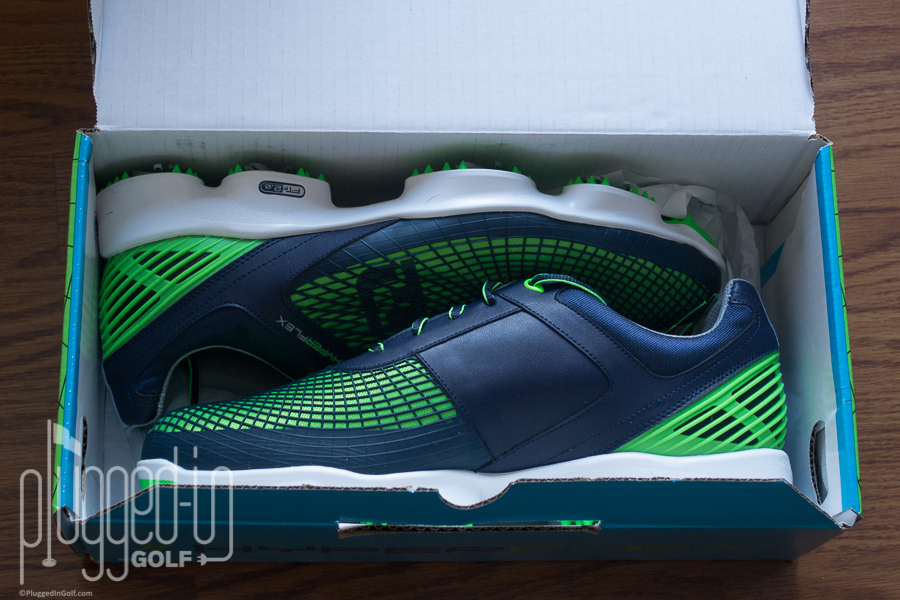 The FootJoy HyperFlex is the company’s boldest-looking shoe to date, and it’s the bearer of new technology designed to incorporate the best parts of athletic shoes while maintaining the support of a traditional golf shoe. 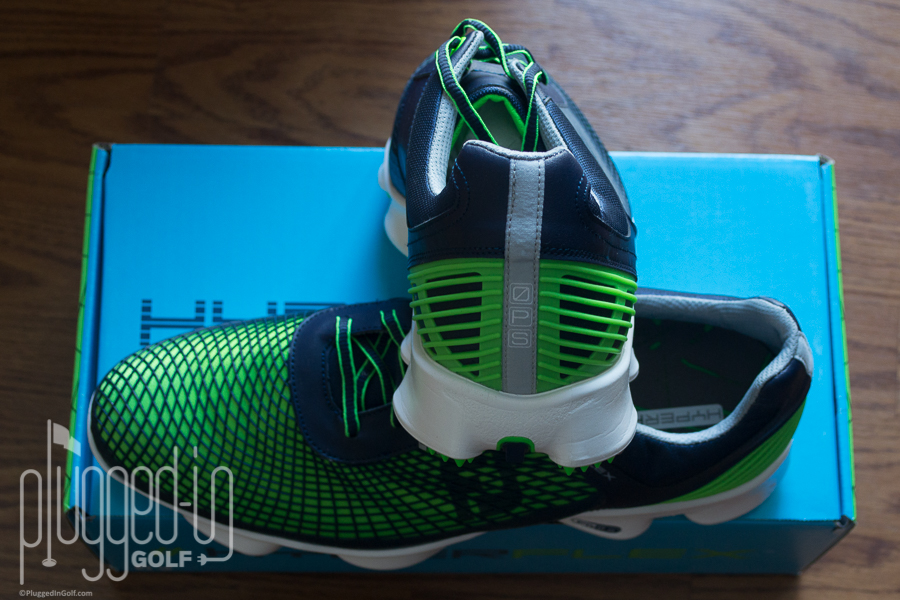 Being #1 is great, but it can also be limiting.  When you’re on top, you’re less likely to take risks, which has certainly been the case with FootJoy in years past.  The HyperFlex is changing that.  This is FootJoy’s boldest shoe ever and a clear attempt to capture the golfers who are currently turning to Nike and Puma for more athletic-type shoes. 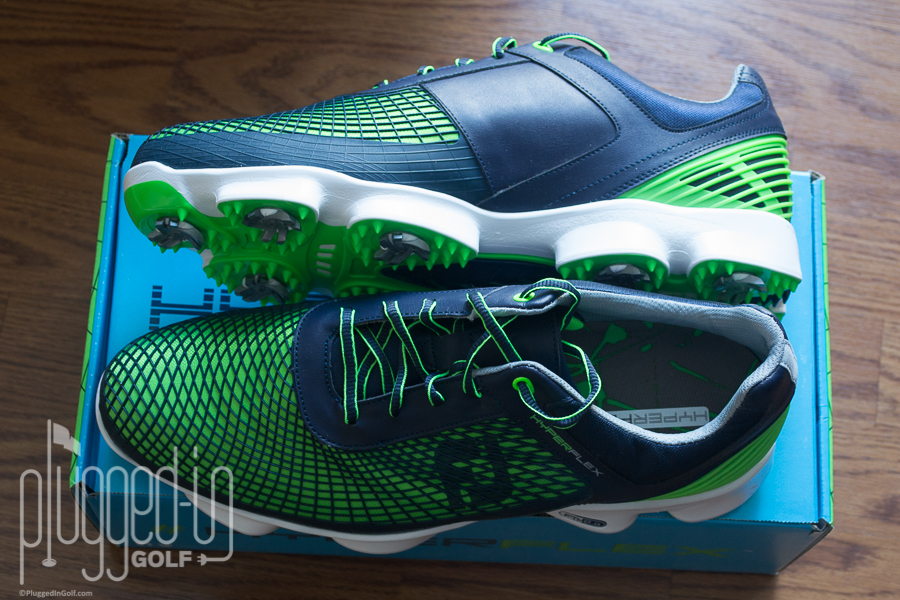 The HyperFlex looks nothing like your average FootJoy.  The FlexGrid 2.0 Technology, inspired by the Leonard P Zakim Bunker Hill Bridge in Boston, is the shoe’s standout visual feature, and it makes the HyperFlex anything but traditional, even in the more muted colorways.  In the bold navy/electric green (seen here) or grey/orange colorways, this shoe will make you the talk of your foursome.  It’s no surprise that this deviation from form has inspired strong responses on both sides.

Whether the HyperFlex fits your style or not, what can’t be denied is the quality of the shoe.  It would be easy for a shoe with this many pieces to come out looking cheap, but the HyperFlex looks strong, durable, and well-built, which is exactly what you’d expect from FootJoy. 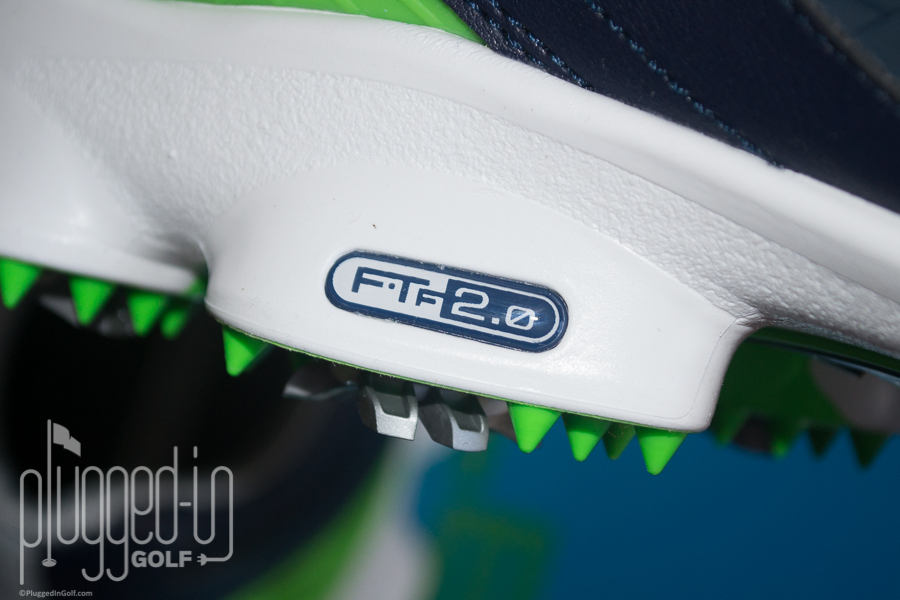 Just as with last year’s DNA, FootJoy has put extensive thought and research into the feel of the HyperFlex.  The result is a shoe that’s comfortable but still has structure and stability.  The heel portion really hugs your foot with what FootJoy calls Next Gen HeelLoc.  The mid foot area feels comfortable with just a touch of extra space, and it’s snug again around the ball of the foot.  The toe box isn’t overly large, but there’s enough room to wiggle your toes.

Overall, I found that the fit was true-to-size, which is a slight change for FootJoy.  In the past, I have found that FootJoys were slightly large-to-size. 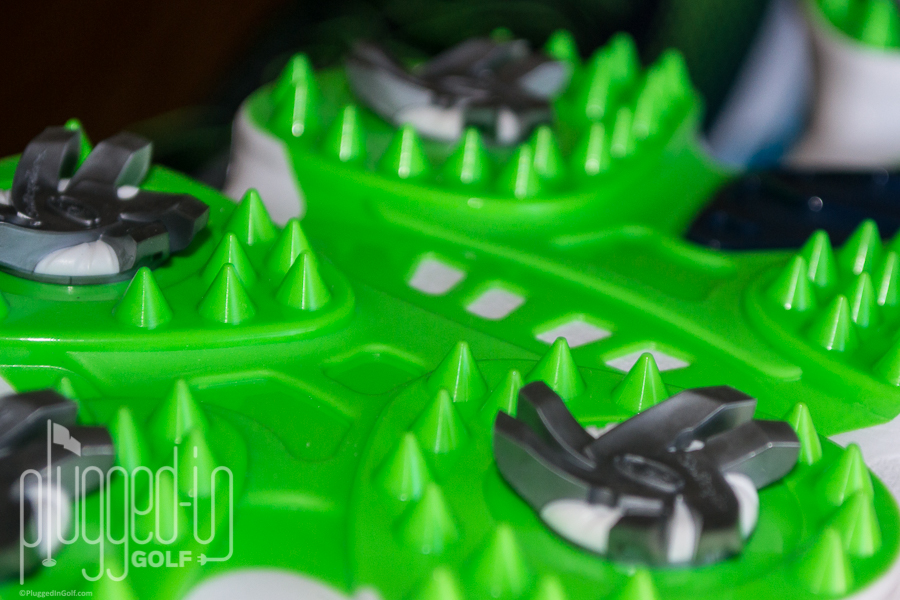 The style of the HyperFlex may be decidedly new school, but the performance is a great blend of modern athletic shoes and traditional golf shoes.  It’s not the lightest shoe, but it’s lighter than most and plenty capable of carrying you around for 18 or 36.  Similarly, the sole is not truly minimalist – there is some rise in the heel – but it’s definitely closer to the ground than a traditional golf shoe.

The shoe’s standout visual feature – the FlexGrid 2.0 – is a big part of its performance.  The purpose of it is to allow the shoe to conform to your foot like a sneaker, but without losing lateral stability like you do with some mesh shoes.  This is immediately noticeable when you start taking aggressive driver swings in the HyperFlex.  In transition, as you drive off your rear foot, you can feel the shoe moving with your foot instead of your foot sliding “over the edge” of the sole.  As you move into impact and the follow through, you feel the entire front shoe pivot and roll with your foot.

If you look at the picture above, you can probably guess that traction is not a problem for the HyperFlex.  Each replaceable spike is surrounded by molded spikes to keep your feet glued in place.  This is important because you can take the HyperFlex out in the rain – it carries a 2 year waterproof warranty. 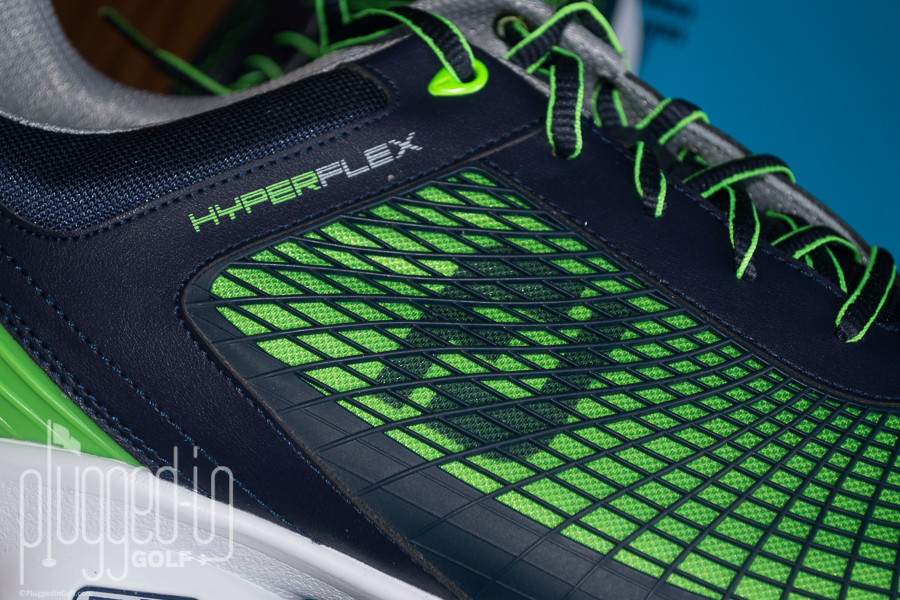 If you’ve always loved the quality of FootJoy shoes, but want more modern looks and features, the HyperFlex is for you.  This shoe is as light and flexible as almost any athletic-type golf shoe, but it retains the structure and stability that such shoes often lack.. 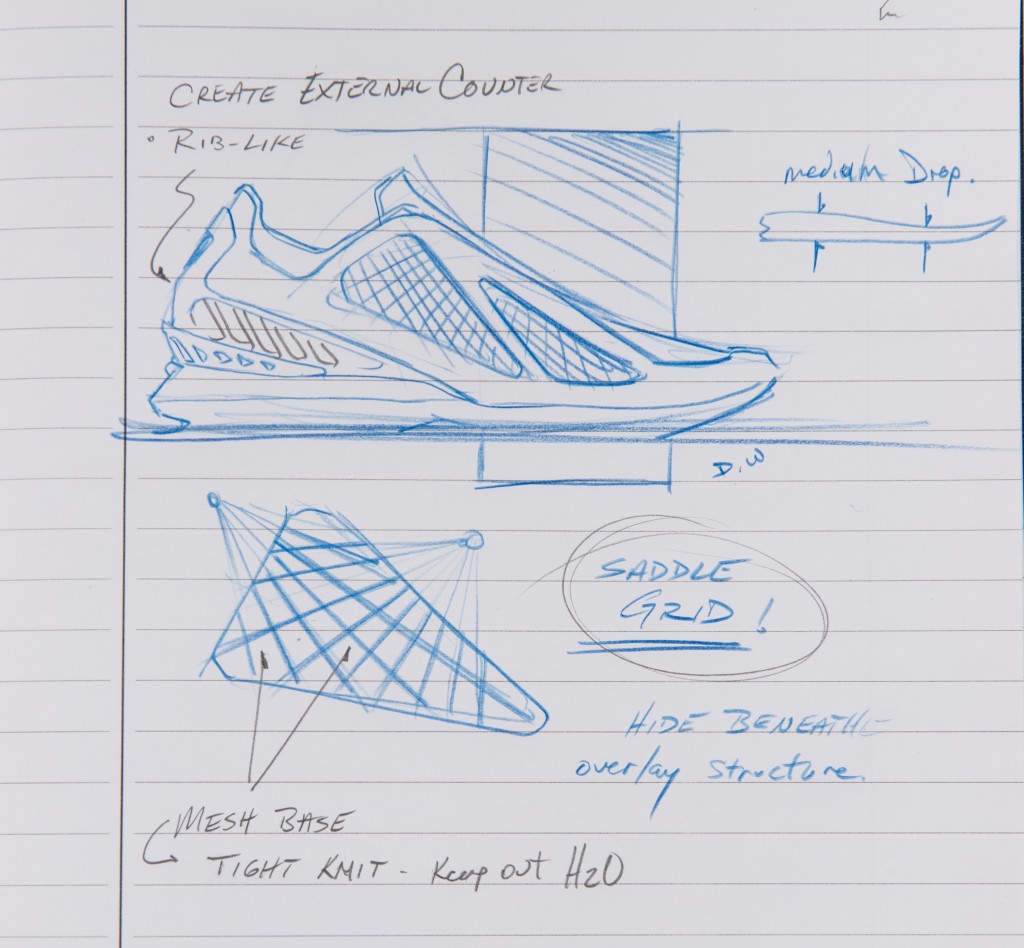 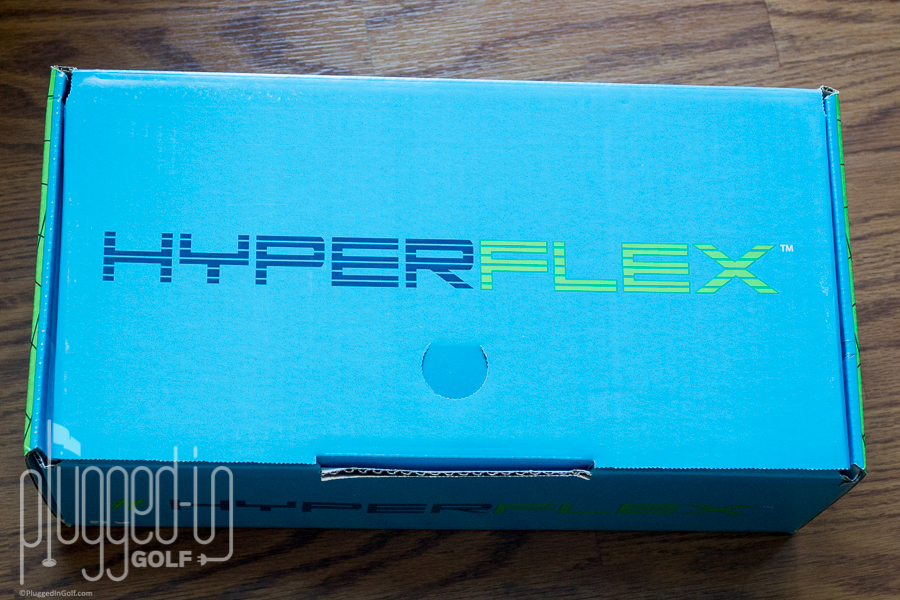 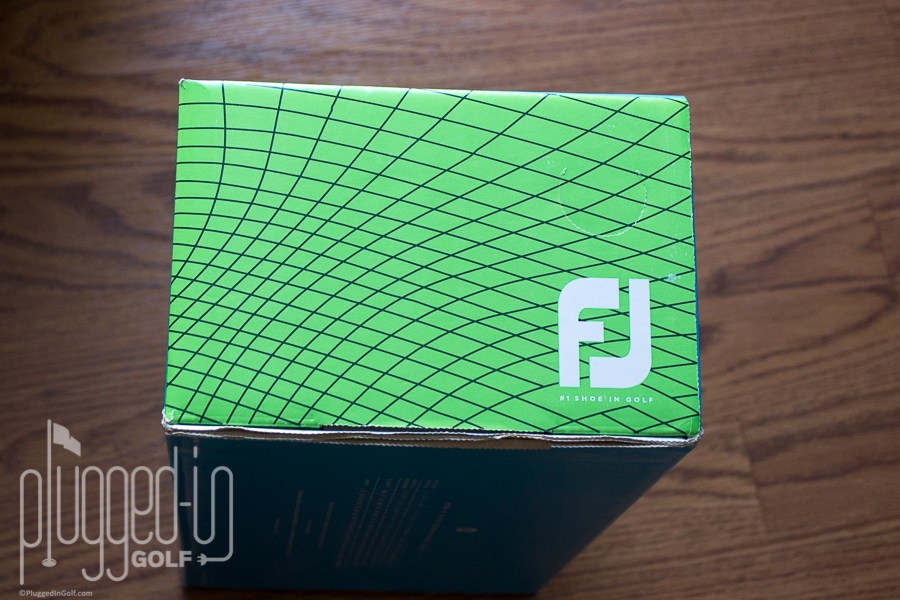 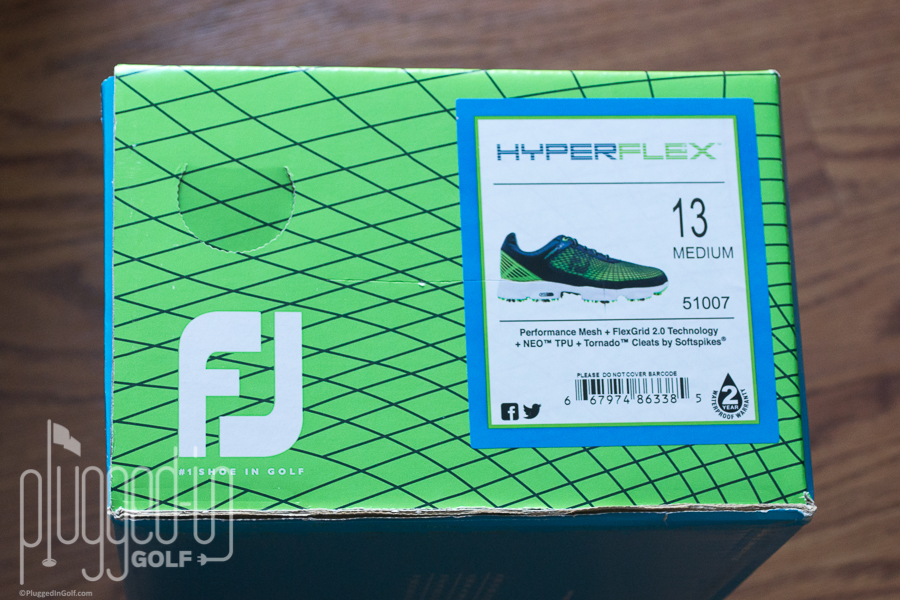 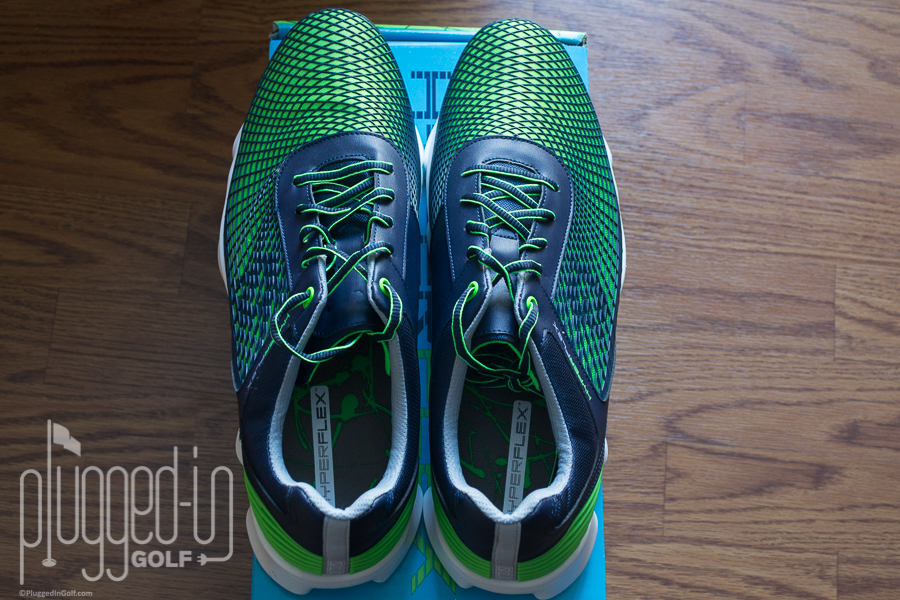 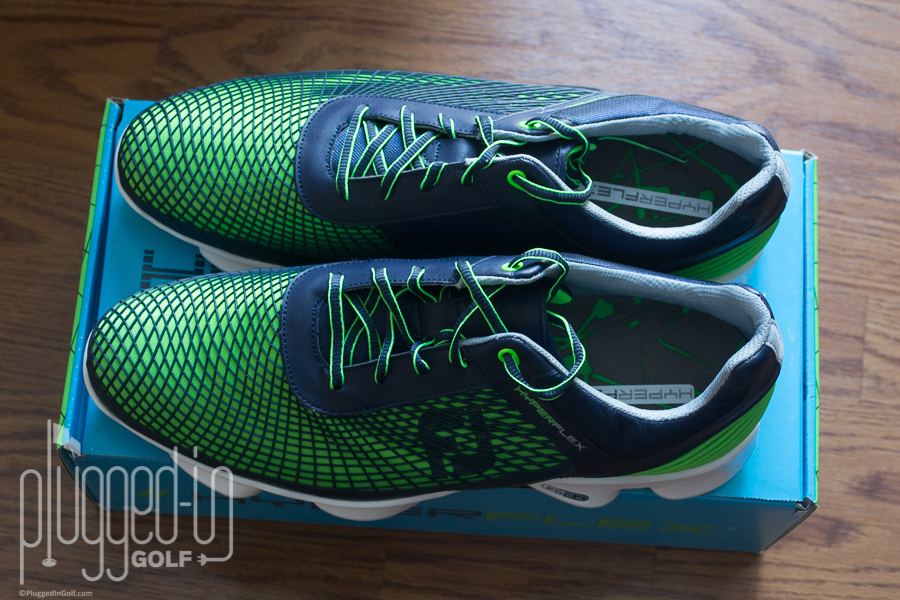 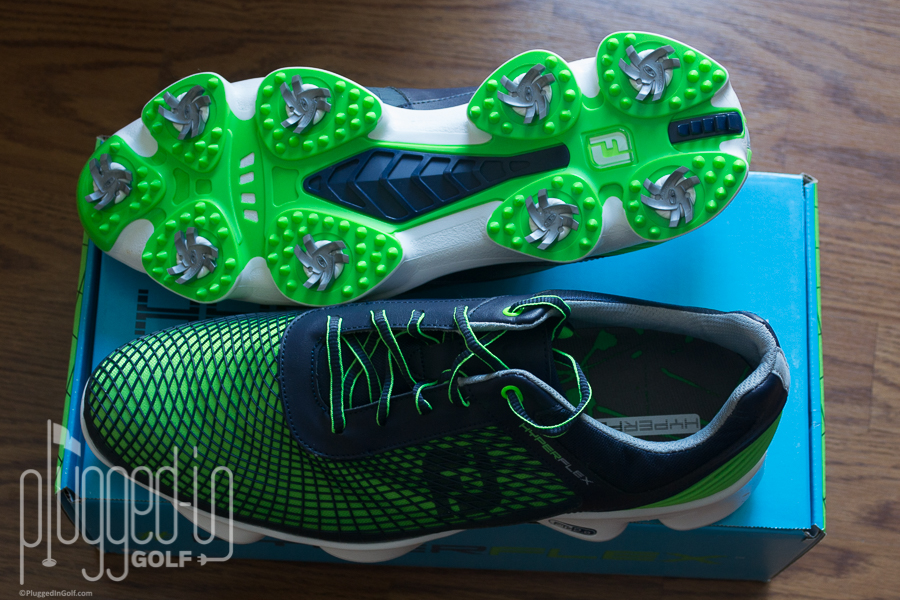 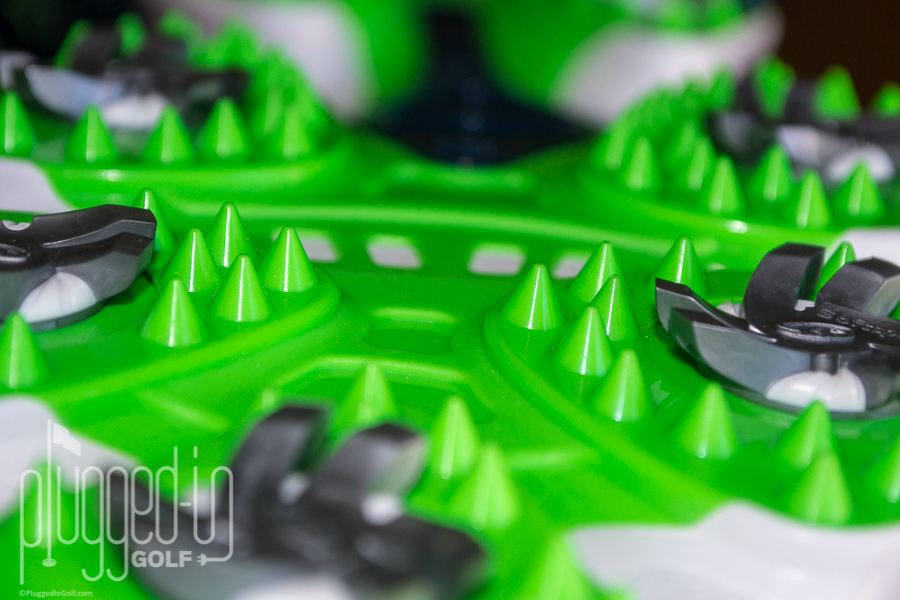