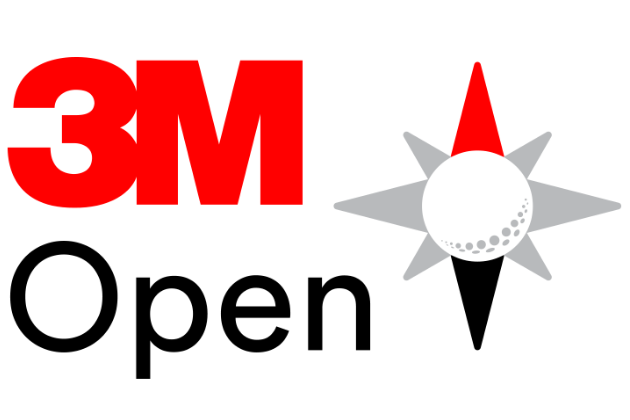 Blaine, MN  — After yet another Sunday with so many players in the hunt, Cameron Champ has come out on top and won the 2021 3M Open.  After dealing with the nearly 100-degree heat index today, pushing through feelings of dizziness and nausea, he’s won his third PGA Tour event.  This finish catapulted him up the FedEx Cup standings to 47th place, making it the third time he’s qualified for the FedEx Cup Playoffs.

Saying that he got dehydrated earlier in his round, Champ went to hole 17 after getting some much-needed hydration looking in command, two strokes ahead of the field.  However, he pulled his drive far left on 18, having to punch out from the longest rough on the course, before laying up. However, he stuck his fourth shot to only a few feet and calmly tapped in for par to win the tournament with a score of 15-under par.  This stunning turn of events comes after missing 11 cuts this year. He joins a group of only three other athletes 27-years old or younger who have won a tournament in each of the last three seasons. Outside of Champ, that list includes Collin Morikawa, Jon Rahm, and Bryson DeChambeau.

Similar to other tournaments this year, there were a number of other players who had their chances to win.  Jhonattan Vegas was leading the tournament at times as well. The pro who will soon be representing Venezuela in the Olympics nearly eagled his 18th hole, finishing at 13-under par for the tournament.  This makes it the third tournament this year on the PGA Tour he’s finished in second place. Charl Schwartzel finished his last hole with a birdie to get to 13-under par as well, also tied for second with Vegas and Louis Oosthuizen.

Other notables included Rickie Fowler, Keith Mitchell, and Oosthuizen.  Fowler was at one point, leading the tournament. However, he cooled off over the weekend to finish 34th at six-under-par.  Keith Mitchell caught lightning in a bottle Saturday scoring seven straight birdies to start his round, and lipping out his eighth.  Like Fowler though, Mitchell didn’t keep up that lightning pace and instead finished tied for 12-under-par and coming in fifth place.  Following his strong showing at The Open, Oosthuizen nearly holed out for eagle on the 72nd hole to finish with a 66, 13-under-par for the tournament, tied for second place.

Next week is the 2020 Olympics in Tokyo, Japan.  Originally being delayed by a year due to COVID-19, the disease is again making headlines in relation to the Olympics.  Originally, Bryson DeChambeau of the U.S.A. and Jon Rahm of Spain were both set to be part of the field at Kasumigaseki Country Club, but both have had to withdraw from the tournament, having tested positive for COVID-19.

The new team, now consisting of Justin Thomas, Xander Schaffele, Collin Morikawa, and Patrick Reed will don red, white, and blue to compete for the United States.  The American team will be looking to improve on the United States’ last Olympics showing in Rio, where Matt Kuchar finished in third and took home a Bronze medal.

Cameron Champ’s What’s In The Bag