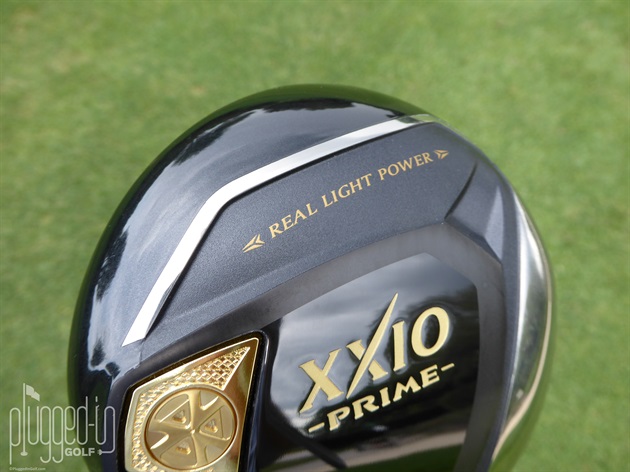 Designed to be ultra-lightweight to maximize ball speed for moderate swing speed golfers, the XXIO Prime Driver is super forgiving and consistent. 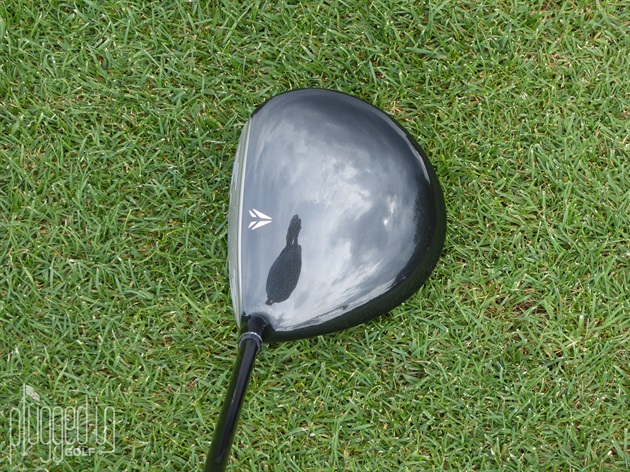 As the third pillar of the Cleveland-Srixon-XXIO family of golf products, XXIO is dedicated to discerning golfers with moderate swing speeds.  In fact, if your driver swing speed is greater than 95 mph, the XXIO USA website advises you to check out another brand – a refreshingly honest approach.  On the lower end of moderate, 79 mph and below, XXIO offers their Prime series of clubs including the driver reviewed here. 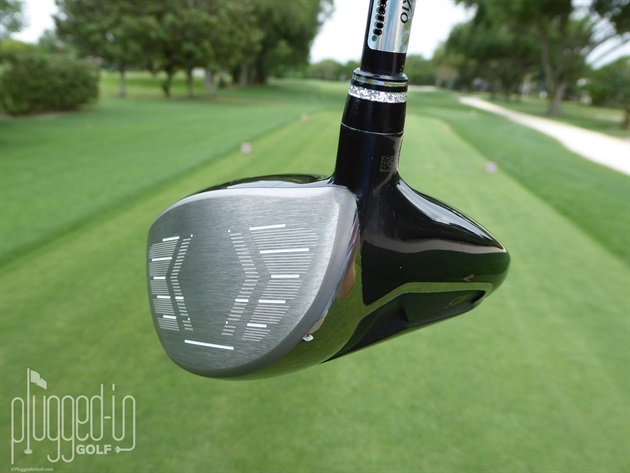 Being part of an ultra premium brand, I wasn’t surprised to see gold accents on the Prime Driver, but the shimmering diamond-like band around the top of the hosel did seem more appropriate for a luxury magazine ad.  Devoid of adjustability, the driver maintains a sleek, simple form from every angle.

The finish on the crown is a deep metallic black that allows the gold alignment aid to really stand out.  The head shape is non-symmetrical, yet the curvature is very pleasing to the eyes.  The mix of milled lines on the face offers some visual interest to the large surface.  The luxurious finish on the shaft fades from a dark cherry to almost black. 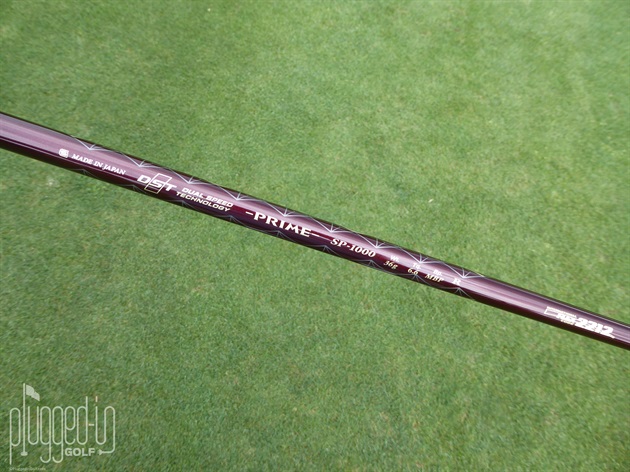 XXIO engineers seemed to have crafted a driver that makes every strike seem pure or extra pure.  Catch one anywhere above the bottom white line on the face and you’d swear you had hit it dead center.

The sound is a crisp metallic ‘pync’ with no vibration or twist in the hands.  Venture out toward the toe or in on the heel, and the sound loses a little timber, yet the head maintains its steady feel.  How can you evaluate strike quality without much feedback?  Turns out performance mimics the pure feel of every shot. 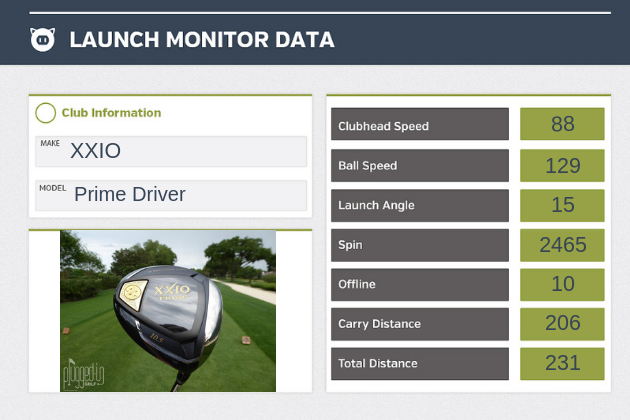 The consistency on distance with the XXIO Prime Driver was the best I’ve ever recorded.  Every ball I hit launched with a beautiful high trajectory.  The performance data all gets back to XXIO’s philosophy of utilizing the best materials in designing a complete club – from grip, to shaft, to the head – in house. 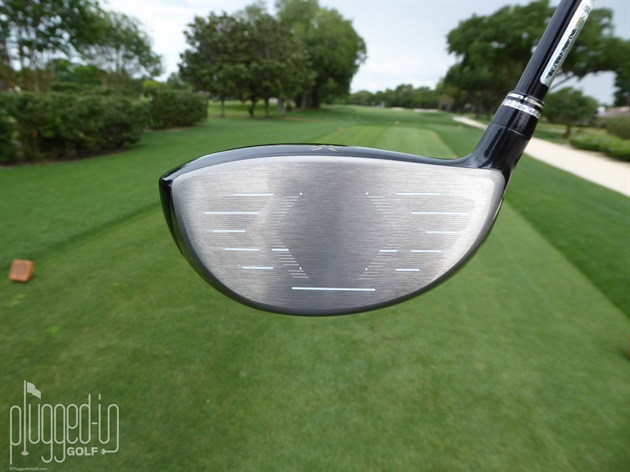 The face of the driver is forged Super-Tix PLUS Titanium that actually turns into the crown despite what your eyes see.  That cup face design adds distance while a sweet spot more than double the previous generation makes it more consistent.  Also adding to the distance equation with increased club head speed is the new extremely lightweight, 39 gram, SP-1000 shaft.

For optimum weight distribution in the head, the XXIO designers moved the hosel in from the heel which allowed them to position the 6 gram golden weight pod deep and low.  Although it was difficult to feel where the club was at all times, the smooth profile of the shaft and balanced weighting allowed me to deliver the club consistently to a solid impact position. 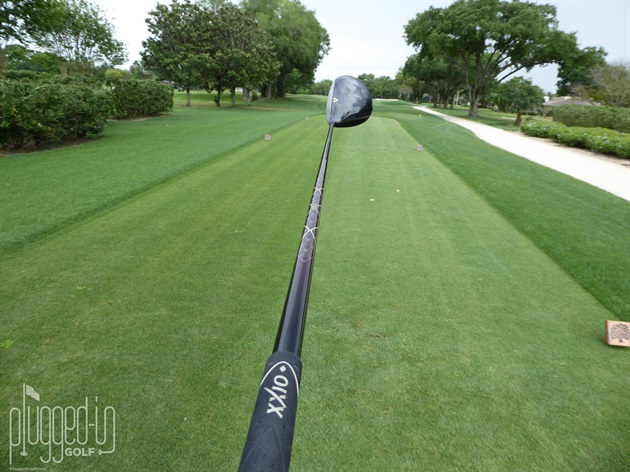 Although my swing speed was above that recommended by XXIO for the Prime Series, the performance of the driver was still impressive.

Did you pick up on my use of discerning in the introduction?  That’s because the XXIO Prime driver rings in at $850.  Before you rush to judgement strictly on price, read the comments we received about the $650 XXIO X Driver.  The common thread was that the golfer was not familiar with XXIO, tried the driver, and ended up buying one.  I predict the XXIO Prime Driver will be a game saver for many a golfer who needs all the help they can in continuing to enjoy the game. 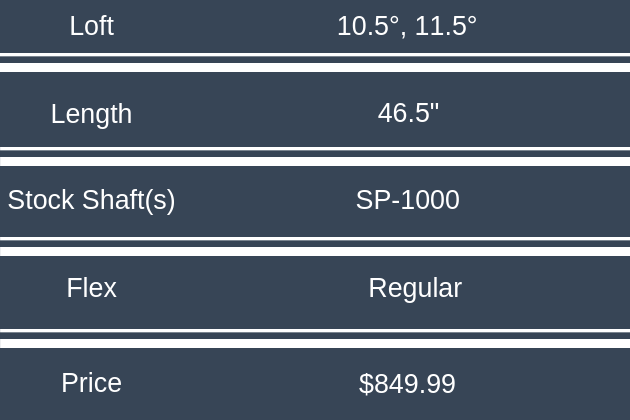