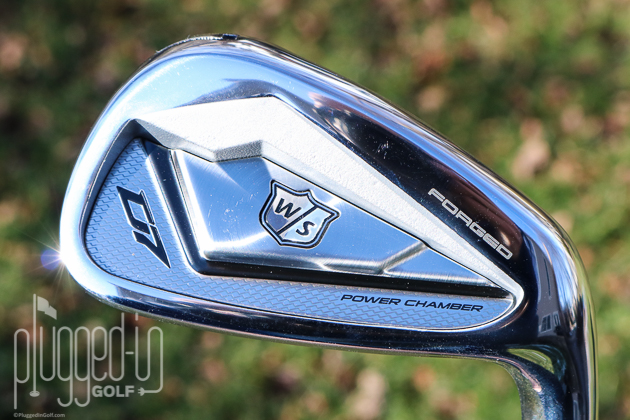 The Wilson D7 Forged irons look like players clubs but are packed with forgiveness.  Traditional feel.  Plenty of distance without sacrificing control and spin. 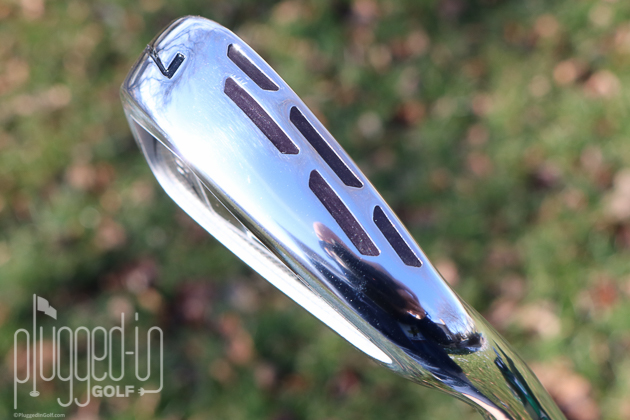 Rather than release another prototypical super game improvement iron in their D series, Wilson took on an extreme challenge: blending maximum forgiveness with “Tour-level appeal” visually.  The result of their efforts is the D7 Forged iron, a club that blends Wilson’s well known Power Hole technology with an appearance usually associated with players clubs. 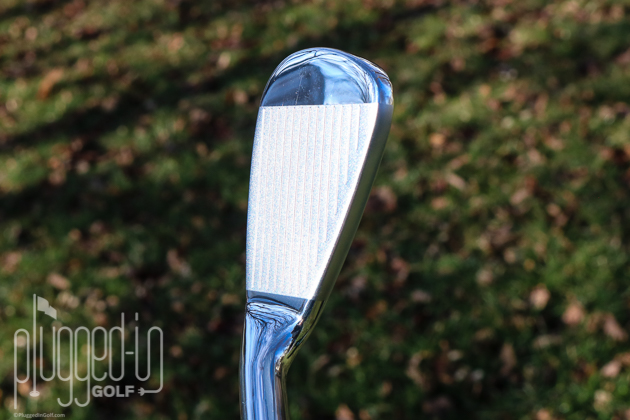 Knowing the history of Wilson’s D series irons and their claims about the look of the D7 Forged, I was very eager to get these irons unboxed to have a look for myself.  Like any golfer, I’d love to get huge forgiveness in a slim package, but I was skeptical about those two things coexisting.

When I ripped off the plastic and dropped the D7 Forged into an address position, I was extremely impressed.  The look of this iron is more in line with Wilson’s C series, almost bordering on an FG series players club.  There’s very little offset, and the top line is average for a game improvement iron.  Behind the ball, this is a great looking club. 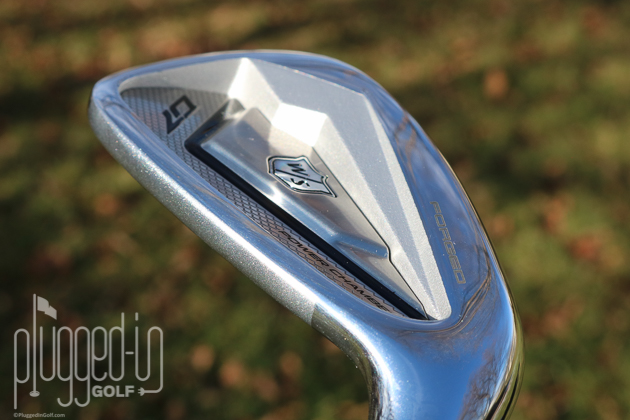 I was equally surprised and impressed by the look of the D7 Forged in the bag.  Typically game improvement and super game improvement irons feature bold graphics and loud colors.  The D7 Forged eschews trendy colors for a timeless silver and black color scheme.  The shaping of the cavity is bold and modern, but that’s balanced out by toned down branding.  When you see these irons on the shelf or in the bag, “Super Game Improvement” will be the furthest thing from your mind. 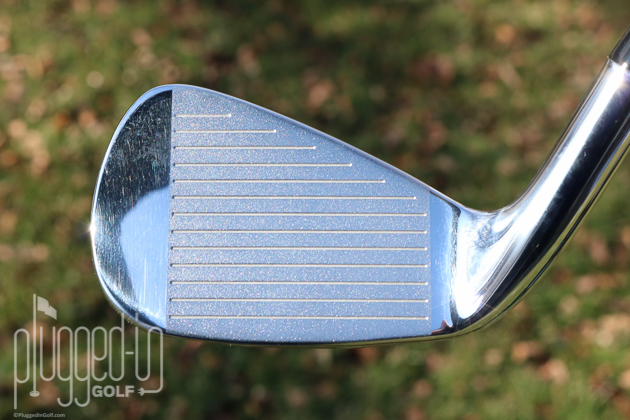 With two rows of Power Holes along the sole, I swung the Wilson D7 Forged irons expecting a bouncy impact feel.  I was surprised to find that the first contact felt very solid, like a traditional forged iron.  Also like a traditional forging, I could clearly feel mishits.  They didn’t sting my hands at all, but I could easily locate where the ball met the face.

In addition to a traditional feel, impact creates a crisp sound on good swings.  When you miss the center of the face, the sound gets a little mushy which provides good feedback. 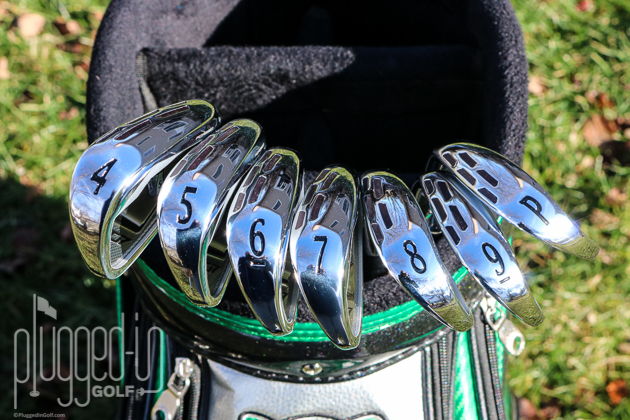 Before launching into details, I want to say this clearly: I am extremely impressed with the Wilson D7 Forged irons.  Relative to its size, this is one of the most forgiving irons out there.  Also, if you like forgiveness but not offset, this is a must try.

The number one thing that makes the D7 Forged so impressive is the consistency of the ball speed and spin.  I was hitting shot after shot on a launch monitor, a wide array of good and bad swings, and the ball speed simply wasn’t moving that much.  If a flushed shot launched at 120 MPH, I was still getting 117 MPH out of a shot in the heel.  This is the #1 ingredient in consistent carry distances and more greens in regulation.

As I’ve mentioned in other iron reviews, a major issue with some modern distance irons is the lack of spin.  Wilson was cognizant of this problem, and made sure to give the D7 Forged irons plenty of stopping power.  The ball flight is still strong, but there’s enough spin to hold a green.  It’s also worth noting that the spin is extremely consistent, even when you strike it low on the face. 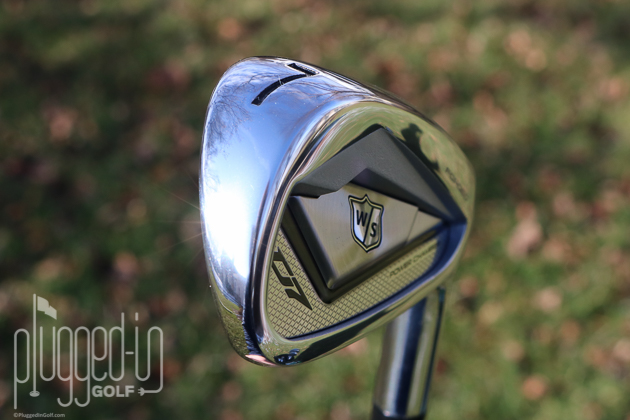 All this consistency plus the limited offset adds up to a set that is a pleasure to hit.  Especially in the winter, I tend to hit the shots I need to hit and get on to other things.  With the D7 Forged, I could work the ball easily and virtually every shot was good, so I just kept swinging.

The one caveat that needs to be added here, as with all stronger lofted irons, is that you need to be mindful of your gapping.  I tend to launch the ball fairly low, so I get a lot of distance out of my short and mid irons, but that tails off in the long irons.  If I were to game the D7 Forged, I would stop my set at the 5I because the 4I is only longer when I absolutely pure it.  This is true for me in virtually every set with stronger lofts. 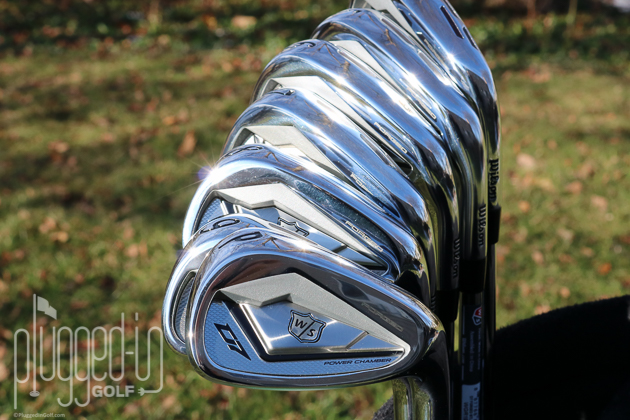 I want to say it again, the Wilson D7 Forged irons are one of the more impressive sets of irons I’ve tested recently.  For an iron that looks this good to deliver this much forgiveness is excellent.  And for Wilson to keep the price of the set under $1,000 is also great.  If your eyes like a traditional iron but your game needs forgiveness, the Wilson D7 Forged irons are the perfect compromise. 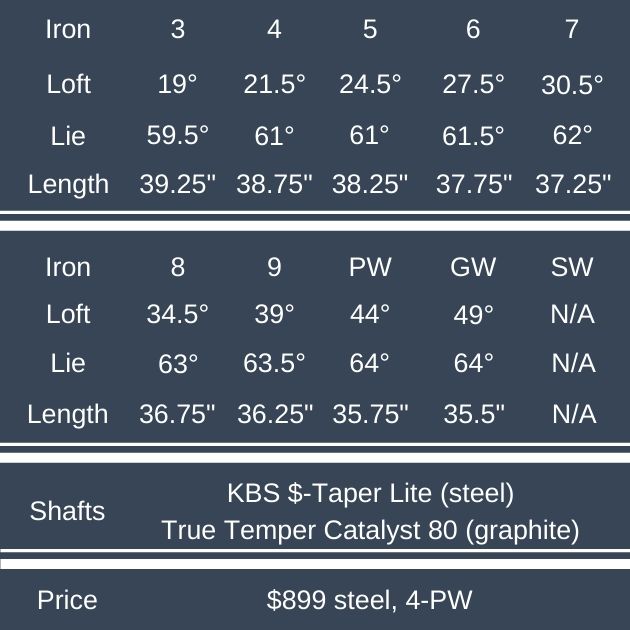