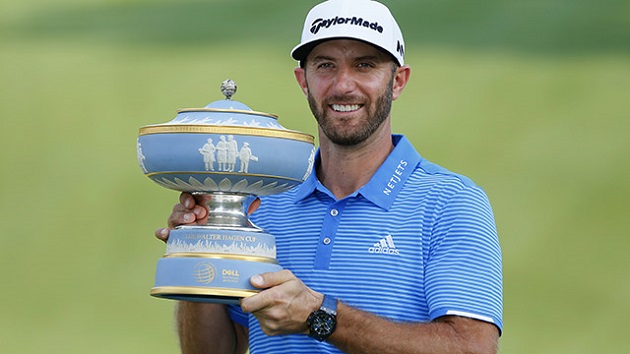 Dustin Johnson won yet again this week, capturing the WGC Dell Technologies Match Play at Austin Country Club in Austin, Texas.  Traditionally the event invites the top sixty-four players in the world.  In a week where we saw plenty of upsets, the World Number One still prevailed.

In the group stages, DJ handled Webb Simpson (5&3), Martin Kaymer (3&1), and Jimmy Walker (5&3).  With being the number one overall seed in the tournament, it is expected for Johnson to have the “easiest” road to the knockout rounds, but DJ didn’t even look challenged.  Johnson didn’t even have to face the last two holes of the Austin Country Club, and seemed to breeze through the field.  Notable players eliminated from the group stages included Rory McIlroy, Jordan Spieth, and Jason Day, who withdrew.  (Day announced after the event that his mother has been diagnosed with terminal cancer, and was undergoing emergency surgery on Friday.   Later reports have stated the surgery was successful, and our thoughts and prayers are with Day and his family.)

In the knockout stages, it was more of the same from Taylormade’s leading man.  He handled Zach Johnson in the round of 16 with a 5&4 victory.  In the quarterfinals, his victim was Alex Noren, who was defeated 3&2.  DJ didn’t even get a real test until Sunday morning, when he squared off with Japan’s Hideto Tanihara.  After taking a 1-up lead early, Johnson never looked back.  His lead was as high as 3-up mid-round, but Tanihara battled back to all-square by the 14th.  After remaining square for three holes, DJ stuck his tee shot on the 17th to six feet, then drained the birdie to get back to 1-up.  He finished the match 1-up to move to the finals.

In the finals, he faced ASU Sun Devil, and fellow TaylorMade stud, Jon Rahm.  In the finals, it was more of the same dominance from DJ.  By the third whole, DJ found himself 1-up then continued to stretch the lead.  He won four straight holes, and by the 8th hole, found himself 5-up on the Spaniard.  Rahm slowly battled back, and eventually drew himself back to 1 down by the 16th hole. From there, DJ never faltered, and closed the match with a 1-up win. 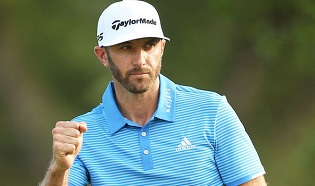 DJ continues to exert his dominance over the PGA Tour, with his win at the WGC Match play being his 3rd victory in his last three starts.  I think it’s safe to say that he is on fire.  It seems like he just has to show up in order to win tournaments.  Winning the WGC Match play also makes him the first player to ever win the “WGC Grand Slam,” winning all four WGC events in his Career.  The victory is also DJ’s 5th WGC win, second only to Tiger Woods, who had a massive eighteen.  To be fair, the WGC circuit only had three events for most of those wins in Tiger’s time, so he didn’t have as many shots to win the “grand slam of the WGC,” especially when he was in his prime.

DJ’s game is peaking at the right time heading into the Masters in two weeks.  The only question is, can anybody stop this guy? 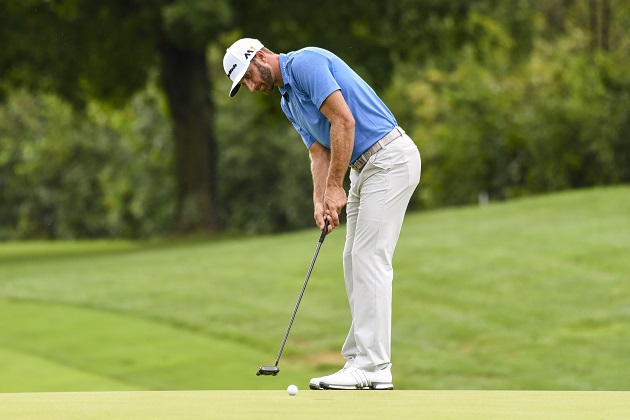 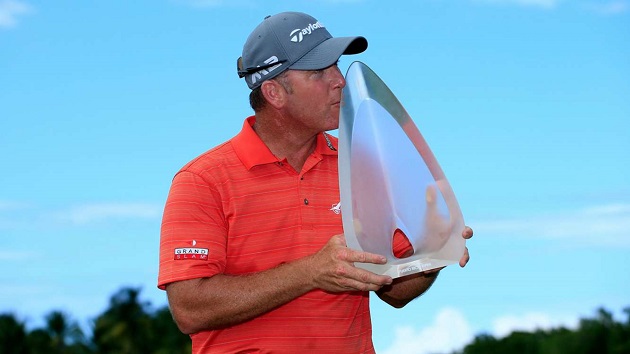 While the top players in the World competed at the Dell Match Play this week, the rest of the Tour squared off for the Puerto Rico Open.  Tour veteran D.A. Points nabbed the victory at Coco Beach Golf Club in Rio Grande, Puerto Rico.  He outlasted Retief Goosen, Bryson Dechambeau, and Bill Lunde for his third Tour win, his first since 2013.

Points finished with a flurry, capping off his week with four birdies on the final six holes, including an exclamation point birdie on the 18th.  He finished at 20-under par, two clear of the rest of the field.  While the win doesn’t give Points a trip to the Masters in two weeks, it does get him his Tour card back.  Although Points lost his card a year ago, and now has it back for a full two-year exemption.  He will look to take advantage of that, and add some more victories to his resume.