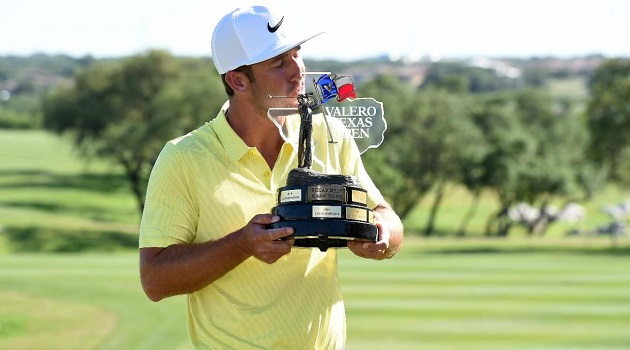 Chappell Gets First Win In Texas

After being in the top 50 in the World Golf Rankings for almost, if not all, of last season, Kevin Chappell finally got that PGA Tour win.  The American closed out a one shot victory on Sunday over Brooks Koepka at the Valero Texas Open.

Most of the week brought some windy conditions that didn’t yield a lot of low numbers.  Branden Grace was the low round of the day for the opening round with a 66.  Chappell also started strong, sitting three shots back with a 69.  After round two, Tony Finau and Bud Cauley shared the lead after impressive rounds of 65 and 66, to lead the field at 8-under.  Chappell’s 68 left him one back of the leaders.

Saturday yielded the lowest scoring round of the tournament, fueled by more windy conditions.  Chappell shot a third round 71, good enough to propel him into the lead in the lowest scoring-average round (outside of a Major) this year.  He took the 54-hole lead heading into Sunday.

A 2-under front nine to start his final round put Chappell in prime position for his first Tour win.  He made birdies at the 2nd, 3rd, and 7th.  Meanwhile, Brooks Koepka was tearing up TPC San Antonio, making five birdies on the front, and carding a 4-under 32 at the turn.  Koepka made birdies at the 11th and 12th as well, but Chappell was able to match with birdies of his own on the 10th and 14th.  After giving one back at the 15th, Chappell saw his lead shrink to only 1 stroke.  On the par-5 18th, Koepka made a huge birdie to take the clubhouse lead at 65.  The 30-year-old Chappell answered.  He conservatively hit the green in regulation, sticking his third to inside of six feet.  He drained the putt for birdie, and captured his first win.

The win at the Valero Texas Open is Chappell’s first on Tour.  He has showed promise over the years with six runner-up finishes, but no wins until now.  He will look to continue to ride his solid play for the rest of the season. 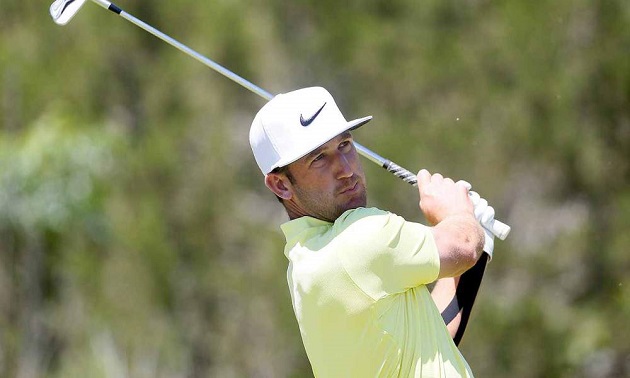