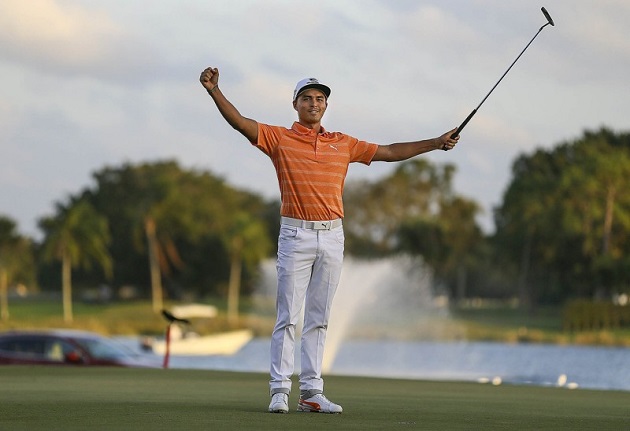 Rickie Fowler closed out a four-stroke victory at PGA National over the weekend in Palm Beach Gardens, Florida.  PGA National, home to the famous “Bear Trap,” three closing holes known for their extreme difficulty due to water hazards on each, proves to be a daunting task for Tour Pros year after year.  2017 was no exception, and PGA National proved to be a challenge for the pros yet again.

Rickie came out of the gates hot, carding back to back 66’s to open the week.  Going into the weekend, Fowler trailed both Ryan Moore and PGA rookie, Wesley Bryan (see: Bryan Brothers youtube channel if you hadn’t already, and thank me later), by one stroke.  Well, they call Saturday moving day for a reason, and move is exactly what Rickie did.  Fowler shot a bogey-free 65, and again, made birdies on two of the Bear Trap holes.  His third consecutive low round, accompanied by a few slip ups from the field, gave Rickie a four-shot cushion.

Fowler had never converted a 54-hole lead in a PGA Tour event coming into this week.  With a four-stroke lead Sunday, he finally prevailed.  Things did, however, get off to a shaky start.  After a birdie at the third, he made bogey at the 4th and a double on the 6th.  Rickie did bounce back with a birdie on 8, but gave it back with a bogey on 9.  After making the turn at two over for his round, Rickie bounced back on his closing 9.  He made three more birdies coming home.  Fowler coasted to victory with closing bogeys on 17 and 18, but it didn’t make any difference.  Fowler stumbled home for the win with two closing bogeys, but good enough for a four-shot win.

The win at the Honda is Rickie’s fourth on Tour, and seventh professional win overall.  Fowler and his #SB2k16 pals Jordan Spieth and Justin Thomas already all have wins this year.  Smylie, where you at?  The whole gang will look to ride their stellar play as of late into the Masters in April. 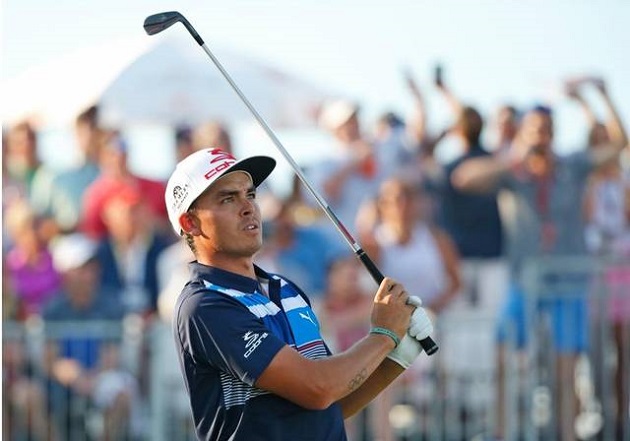