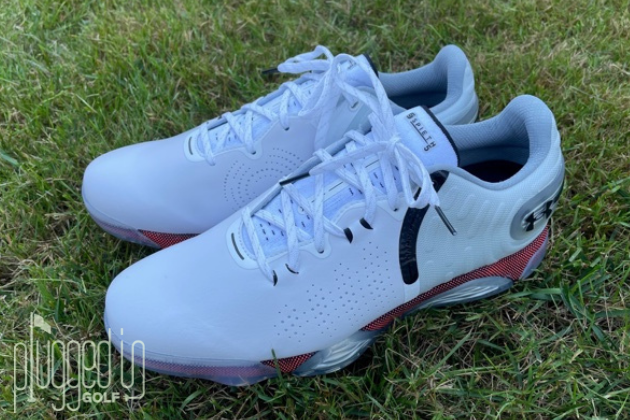 The 2021 Under Armour Spieth 5 spikeless golf shoe is slightly different from a traditional spikeless shoe.  UA built this shoe on the same chassis as previous versions but without the replaceable spikes on the bottom. 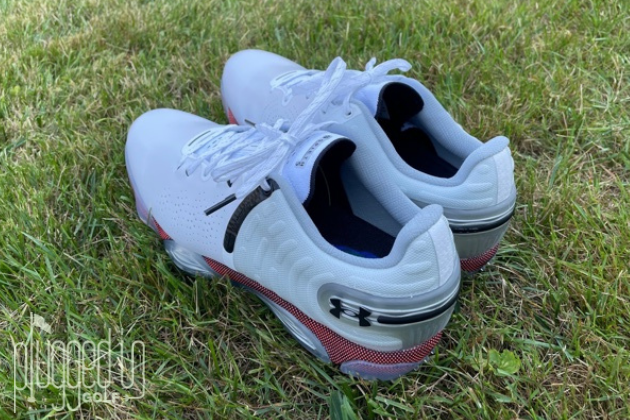 Jordan Spieth and Under Armour released their first collaborative golf shoe in March of 2017, just a few months removed from his impressive stretch of winning majors.  The shoe was a huge success and still continues to be a best seller in terms of player endorsed golf shoes.  New for 2021, the Spieth 5 spikeless golf shoe is just that – spikeless.  All four of the previous Spieth golf shoe versions had traditional replaceable spikes. 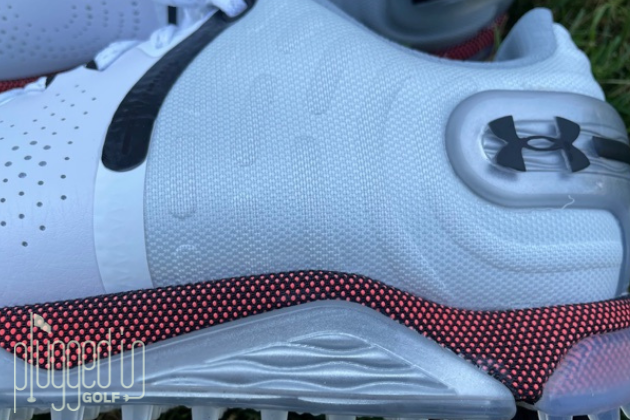 I have been a fan of the typical Spieth designs in previous iterations and this stays right on par with that trend.  Red and black accent a primarily white shoe with the unique perforated design that cover parts of the sides.

The bottom “nubs” are heavy duty and slightly wider and longer than similar spikeless styles.  The entire shoe is lined with waterproof materials which assures me I can wear these for early morning dew-sweeping rounds. 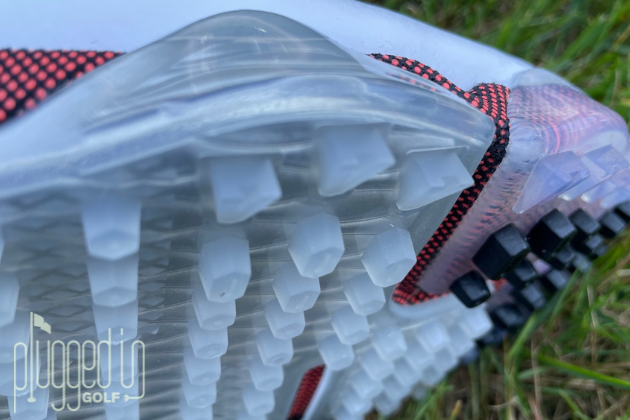 Here’s the truth on the Spieth 5 shoes – these are not going to be as comfortable as many other traditional “spikeless” golf shoes.  This is not a bad thing.  The Spieth 5 have a more rigid, stable feel like a shoe with a traditional sole.   The waterproof materials have a lot of integrity so while they move less, there is enough padding on the inside to keep my feet happy. 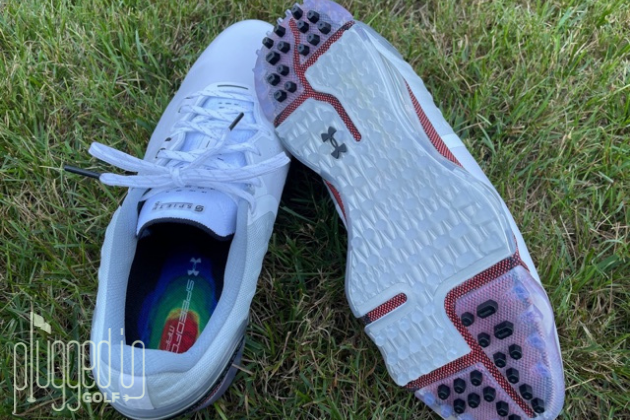 If you’ve always been a spiked-shoe fan, and you’re looking to dip your toe in the mysterious spikeless world, the Spieth 5 could be the perfect first step (pardon the pun).  The Spieth 5’s are waterproof, durable, and despite being spikeless, have plenty of traction.  I felt very connected to the ground which is especially helpful during those early morning dewy rounds or playing after a lot of rain.  The wide base under the balls of my feet gave me more balance than I am used to in a narrow shoe.

Having this more traditional, thicker sole also acted as a bit of a platform, which for a guy under six feet tall, helped me stand a bit taller and even gave me a better angle into the ball.  This was a welcomed surprise for a shoe. 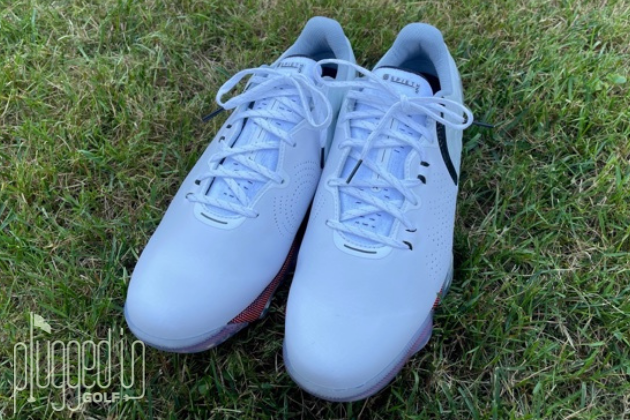 I really enjoyed the 2021 Spieth 5 spikeless shoe.  The wide base and new traction “nubs” worked perfect for stability while the waterproof materials kept my feet dry.  A small tweak to an otherwise traditional golf shoe, the UA Spieth 5 is everything its predecessors were, just without the spikes.