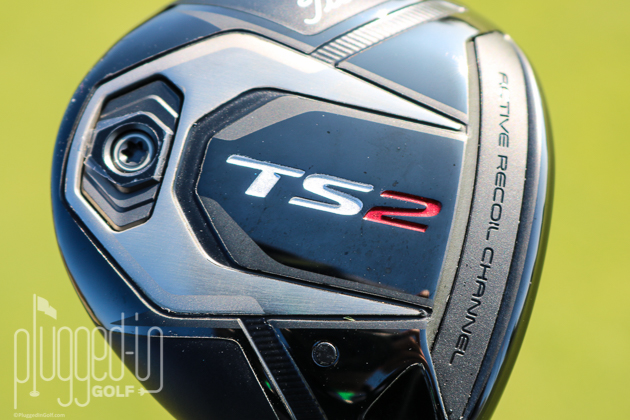 The Titleist TS2 fairway wood is the company’s easiest-to-hit FW ever.  Great off the tee. 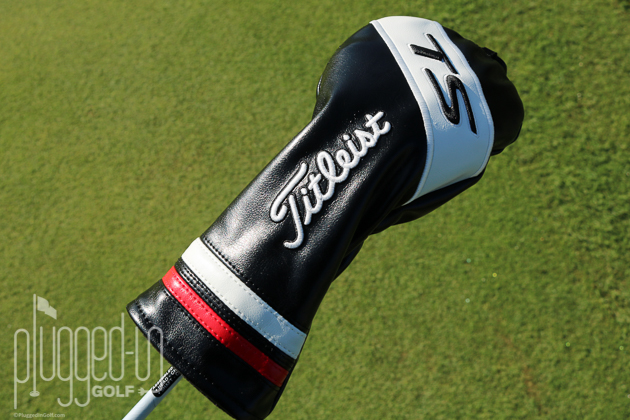 With Titleist’s TS launch, most of the attention has been paid to the drivers.  While the drivers certainly deserve the accolades, the fairway woods are every bit as impressive.  With more forgiveness, ball speed, and lower spin, Titleist had made their fairway wood playable for a much wider range of golfers. 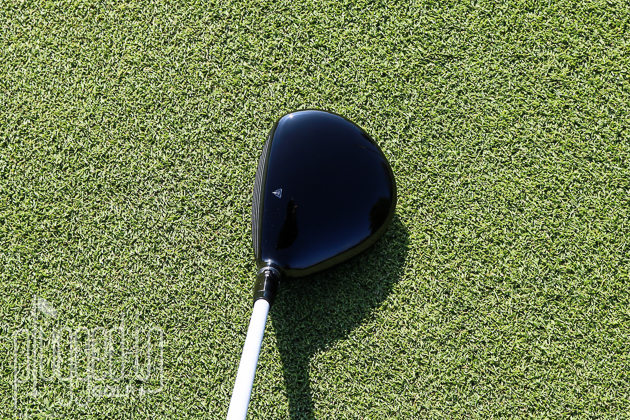 The TS2 fairway wood has the kind of traditional appearance you would expect from Titleist.  Its crown is gloss black, and there’s a small, triangular alignment aid.  The size is average, but the face appears to be a little taller than average. 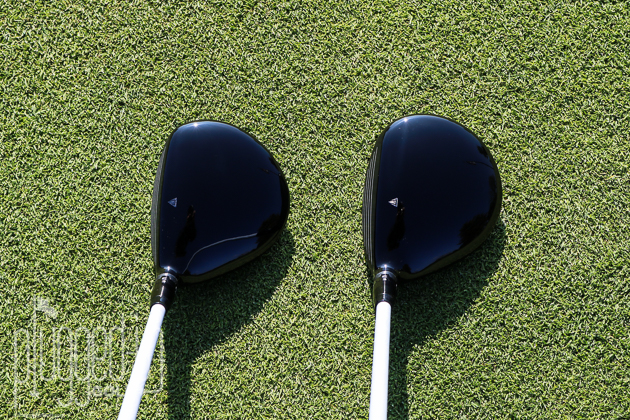 In comparing the TS2 (left) to the TS3, there are small differences in shape and size.  The TS3 is round where the TS2 has a slightly triangular shape.  Additionally, the TS2 is a touch longer from front to back.  These differences are noticeable when the clubs are next to each other, but on their own one could easily be mistaken for the other. 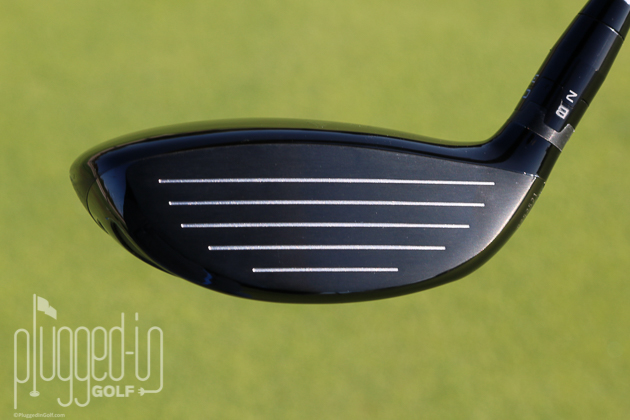 Though the performance has changed, Titleist has not abandoned the feel and feedback that its core audience desires.  Even though it is forgiving, you’ll have no problem discerning how you struck the TS2 fairway wood.  Feedback is clear through the sound and through your hands.

Impact with the TS2 is quiet and solid.  There’s virtually no metallic “tink,” instead centered shots produce a satisfying “thwack.”  When you move away from the center of the face, the sound gets noticeably dull. 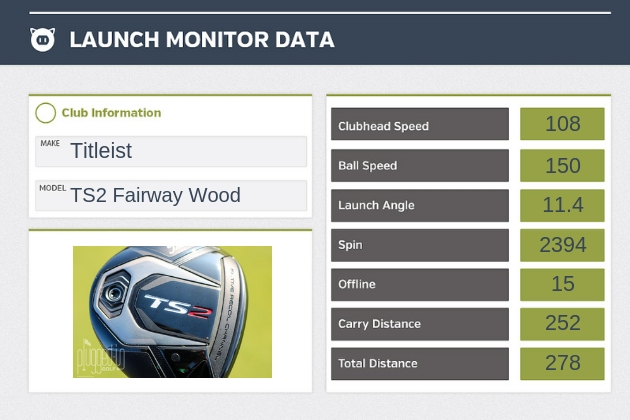 For most recreational golfers, getting the ball airborne is the biggest concern with a fairway wood.  In the past, Titleist FWs have not made this easy, but the TS2 changes that.  While it’s not the highest launching fairway wood on the market, it puts the ball on a playable trajectory, even on thin shots.  This is due in part to a larger Active Recoil Channel that allows the face to flex more.

I found that the TS2 was particularly good off the tee.  As someone who is not great with fairway woods, the taller face helped me feel confident when the ball was teed up.  Off the tee, the higher MOI of the TS2 was apparent in how consistently straight the ball flew. 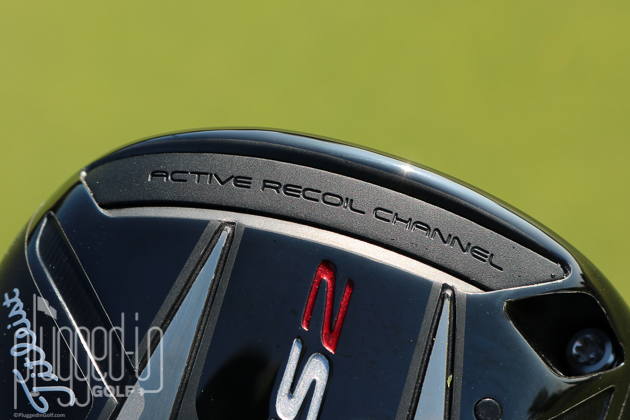 Just as with the drivers, the TS2 has less adjustability than the TS3.  Both fairway woods have the SureFit hosel which offers 16 settings for loft and lie.  The difference is that the TS2 has a fixed center of gravity where the TS3 has SureFit CG to create a draw or fade bias.  The TS2 does have a replaceable weight in the back of the head that can be used to adjust swing weight. 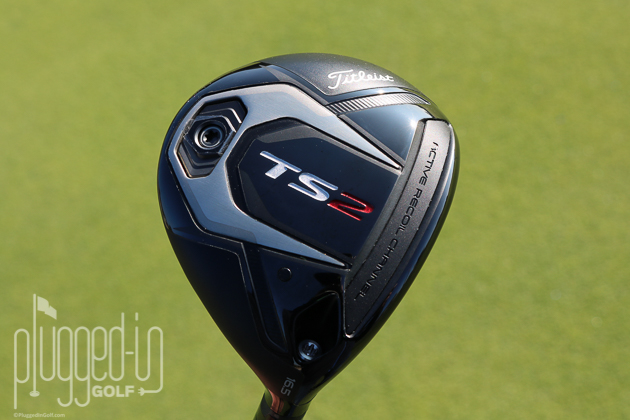 In the past, it was not unreasonable to associate Titleist woods only with better players.  The new TS2 fairway wood opens the company up to a wider range of golfers by being easier to launch and more forgiving.  With a variety of shaft and loft options available, make sure you’re fit for the right combination to suit your needs on the course. 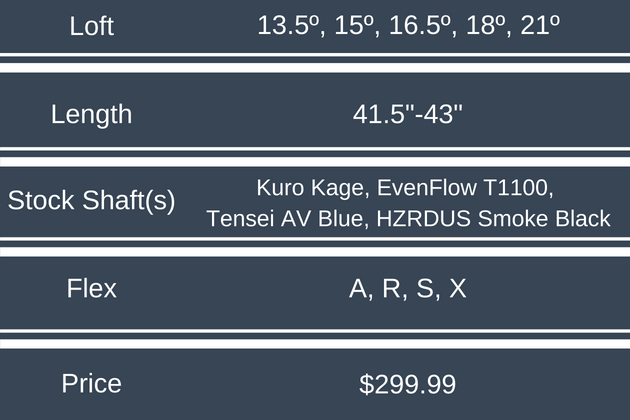