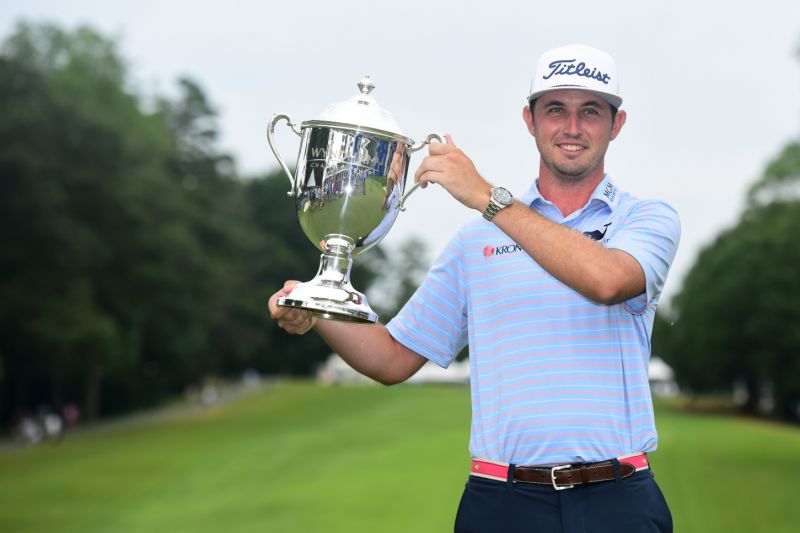 Greensboro, North Carolina – It is rare to be perfect in golf but J.T. Poston was just that – perfect.  Poston did not card a bogey or worse the entire week en route to his first PGA Tour victory at the 2019 Wyndham Championship.  It was also fitting that his first win came at a course only a hour and a half from where J.T. grew up.

For the 12th year in a row, Sedgefield Country Club hosted the tournament and although the conditions were pristine, the course gave way to a lot of low scores.  While the winner finished at 22-under par and firing a final round 62, the leaderboard was littered with double-digit sub-par scores.  The Wyndham Championship was the last official PGA Tour event of the regular season so the pressure to get into the FedEd Cup playoffs this week was high.  Many guys were fighting to play another week to not only make more money but to keep their tour card for the 2019-2020 season.

For the second straight week, Webb Simpson finished runner-up and played magnificently, earning him part of the Wyndham bonus in addition to his 2nd place finish money.  PGA Tour rookie and Oklahoma State grad Viktor Hovland came up just 2 shots short of locking up his PGA Tour card for next year.  Hovland needed a T2 or a victory but finished 4th.

Many were concerned for Jordan Spieth and his wild week on the course.  Jordan shot a 64 and 67 before shooting a 77 on Saturday.  Other notables missing the cut were Hideki Matsuyama, Jason Dufner, Martin Kaymer, and Jimmy Walker.  And for the first time in the playoffs era, Zach Johnson will not be in the field.

Next week, the PGA Tour heads to New Jersey and Liberty National for the first round of the FedEx Cup playoffs.