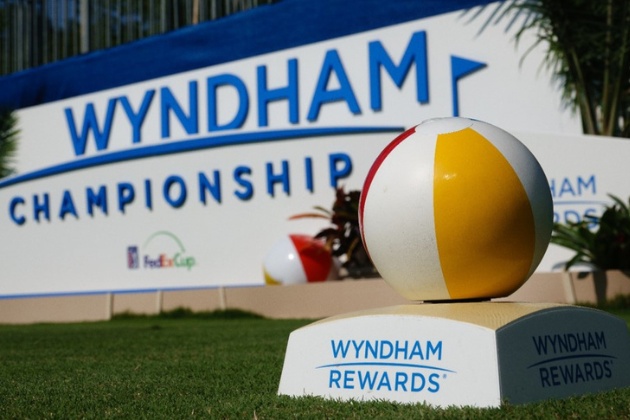 Greensboro, NC – Joohyung “Tom” Kim has won the 2022 Wyndham Championship. At just 20 years old, Kim is the first player born in the 2000s to win on the PGA Tour. He also becomes the second-youngest since 1932 to win a Tour event. This will also mark his first win on the PGA Tour in just 15 starts, to go along with several Asian and Korean Tour wins.

After beginning the tournament with a quadruple-bogey (8) on the first hole, he would come from behind to win the tournament at 20-under par, shooting a 61 on the final day. While he scored well each day, it was his play on Sunday that put him over the top. In fact, his front nine score of 27 tied the second-lowest nine holes in tour history.

Kim wasn’t the only South Korean golfer to do well this week. His fellow countryman, Sungjae Im also played exceptionally well, finishing second, with a score of BLANK. Another notable was Will Zalatoris, who finished in a tie for 20th at 9-under. He drew some attention this week, not for his play, but for firing his good friend and longtime caddie Ryan Goble mid-tournament. The move, he described, was “the toughest decision I’ve had to make in my golf career.”

Next week is the start of the 2022 FedEx Cup Playoffs, where Scottie Scheffler will begin in the lead. The best in the world will be competing for the title of Tour Champion and the most prize money up for grabs throughout the year. The three-tournament playoff format begins with the inaugural playing of the FedEx St. Jude Championship, followed by the BMW Championship, with the grand finale at the Tour Championship in Atlanta.