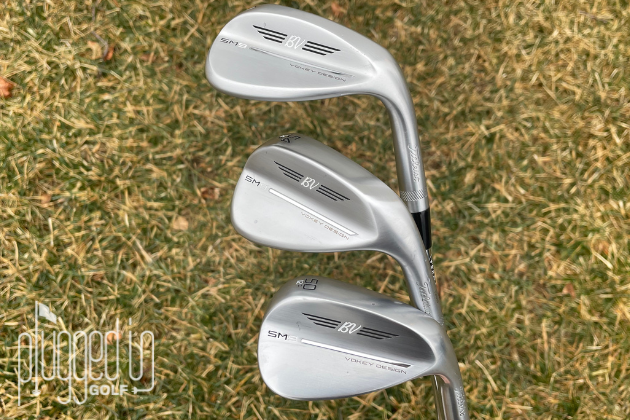 The Titleist Vokey Design SM9 wedges have upgraded grooves and improved forgiveness with the same soft feel that Tour players and amateurs alike have come to enjoy. 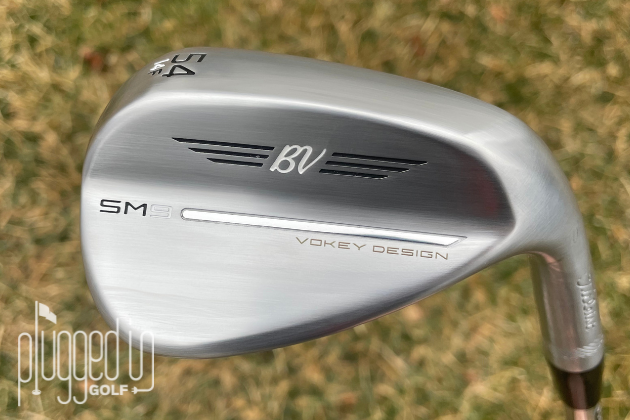 Bob Vokey might be one of the most recognized names in the industry.  Even if you don’t know Bob, you’ll likely know his wedge line – Vokey Design.  Since the introduction of the Spin Milled wedge in 2005, Vokey has released a new iteration of these every few years.  The 2022 version, aptly named SM9, builds on the success of its predecessors.  Although it’s the most played wedge on tour, we reviewed the SM9s to see how they fare for the amateur. 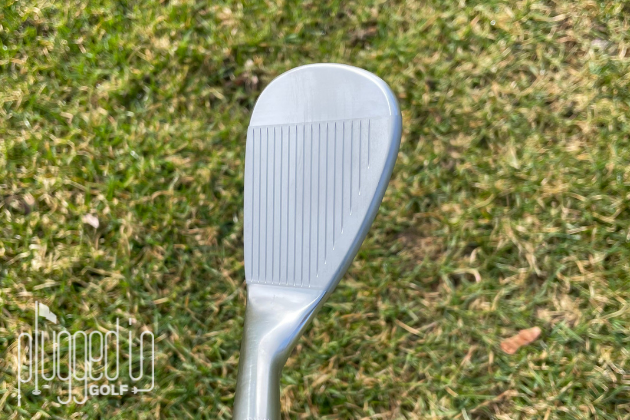 Off and on for years, I have played Vokey wedges.  Over those years, I have observed little change in the looks department.  Admittedly, they don’t need change.  The Vokey SM9s are sleek and yet simple in design. 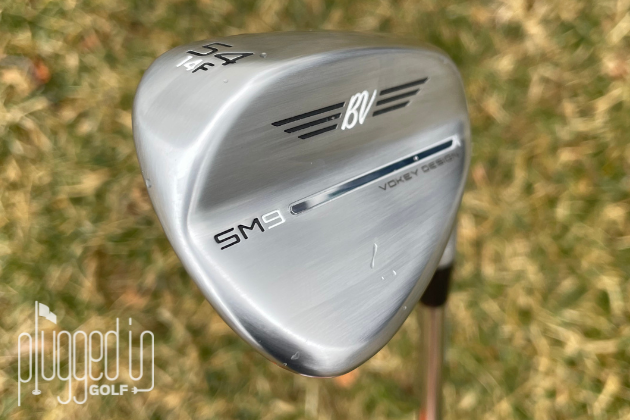 The very recognizable “BV” logo accents the back of the club just above “SM9” with a mirrored line cutting across.  They left some bare steel towards the toe on this year’s model which I believe most will prefer.  The sole is only marked by the loft, bounce, and grind letter while all the fill-in colors are black and white.

If you’re a longtime Vokey wedge player, you’ll be happy to hear that the face appears to be almost unchanged from previous years.  On a side by side comparison of the Vokey Design SM8 [review HERE], the Vokey Design SM9s are a touch less rounded.  There’s also a bit less offset in the SM9.  I think these are positive changes, but there’s nothing drastically different from previous models. 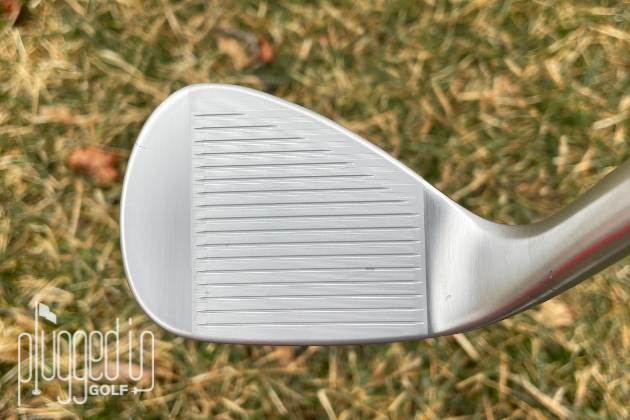 When I first hit the new Vokey Design SM9s, I felt that same soft feel that I have grown accustomed to.  Well struck shots are met with an addictive low pitch “snap.”  Off center strikes become a bit more clicky and induce more vibration through the hands.  This is everything I expect in a blade wedge.

When trying to get a feel for the new Vokey Design SM9s, I went to compare them to the SM7s [review HERE] and SM8s.  Much like the looks, the feel is quite similar to previous versions.  Switching back and forth between the SM8s and SM9s, it was hard to distinguish one club from the next.   If anything, the SM9 could be a touch softer than the previous versions. 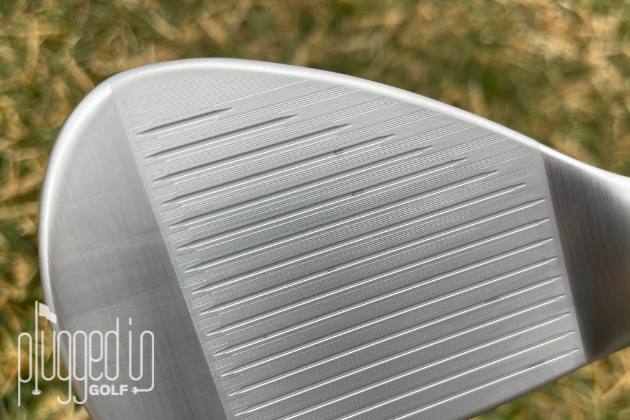 The Titleist Vokey Design SM9 appears to be mostly unchanged from previous versions.   However, there are a few subtle upgrades.  First, the Titleist Vokey Design SM9s are made using a new cutting process.  This new process cuts grooves based on the loft of each club to maximize the spin and create more durability.  The lower lofts have deeper, narrower grooves while the higher lofts have wider, shallower grooves.  The improved spin out of the rough is noticeable, while full swings had enough spin to stop the ball on a dime. 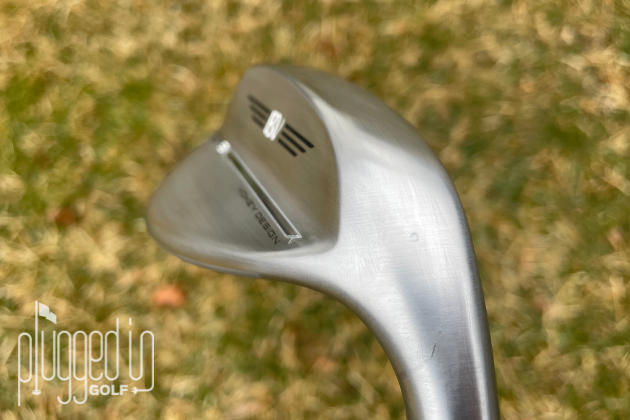 Another small change that Bob Vokey and his team made for 2022 was raising the center of gravity and pushing it out in front of the face.  That can seem confusing but this move ultimately helps with forgiveness and getting the face square at impact.   Secondary to that, adjusting the CG will help bring the ball flight down for more controlled wedge shots.  The lower ball flight is something almost every golfer wants.  I certainly enjoyed seeing this trajectory during my testing.

As for the grind and bounce options, the Vokey Design SM9s have enough combinations to satisfy every flavor of golfer.  The “D” grind was my favorite of the bunch.   If you’ve followed my reviews, you know I have an aggressive angle of attack, and my success is found in a lot of bounce.   If you aren’t quite sure which combination is right for you, Vokey Design has a wedge selector tool [check it out HERE].  I did it myself and found it to be quite accurate. 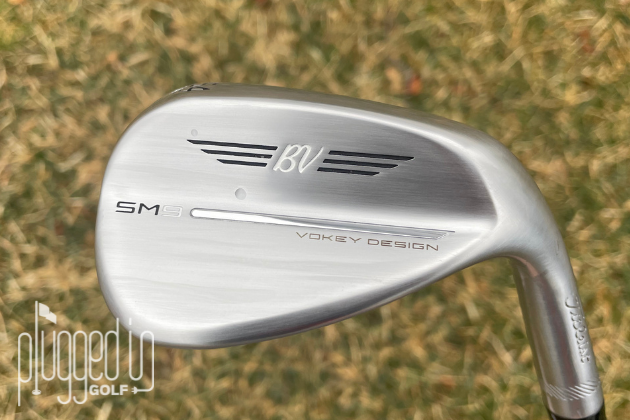 Titleist and Vokey Design wedges have been leaders in the wedge space for years due to their soft feel and high spin.  The 2022 Titleist Vokey Design SM9s takes it a step further with a fresh groove design for better control and increased forgiveness for any type of golfer. 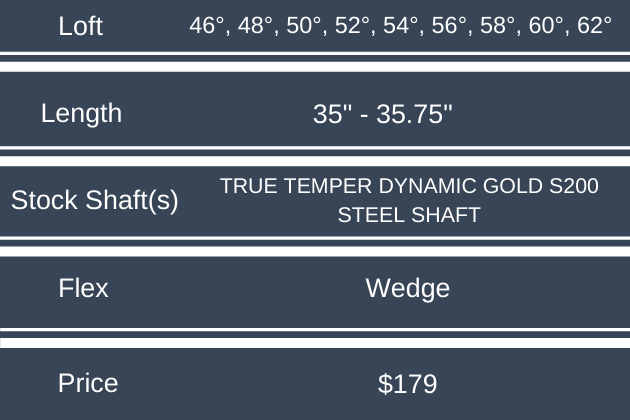