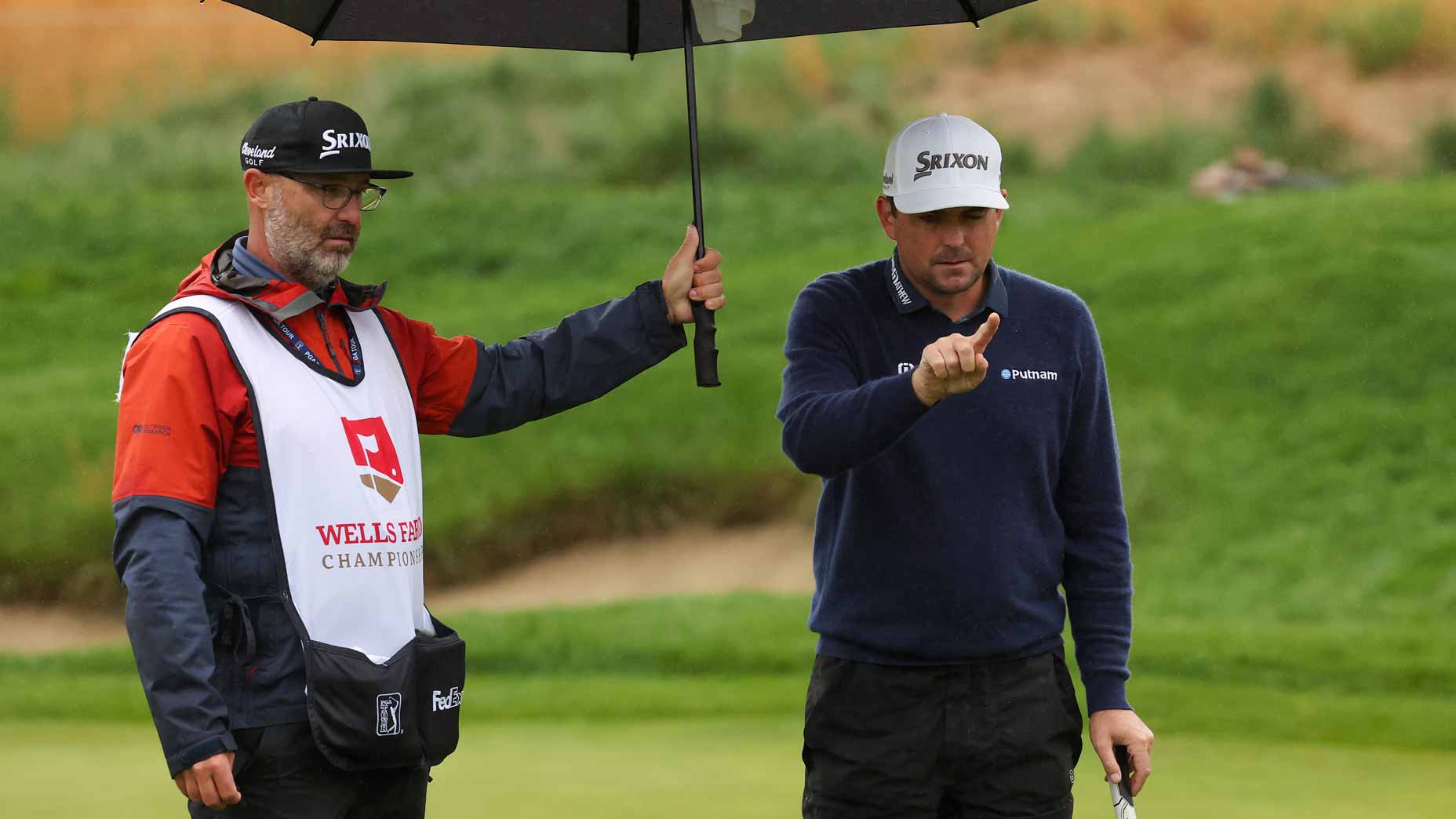 Potomac, MD – It was a two man battle on Sunday at the Wells Fargo Championship between Max Homa and Keegan Bradley.   Bradley had the 54 hole lead but Homa had the better fortune as he raised the hardware on Mother’s Day.  This was fitting and special as Homa’s wife Lacey is newly pregnant with their first child that is due later this year.

Coming into the final round, Keegan Bradley held the 54 hole lead.   Both Rory McIlroy and Mathew Fitzpatrick were in the mix in the final round.  Rory made a few early birdies but wasn’t able to do much on the back nine as he finished 2-under for the day and 4-under for the tournament.  Mathew shot a bogey free 67 Sunday to get himself into contention but came up just shy at 6-under par.  Ultimately it was Bradley’s tournament to lose.  Unfortunately, he swiftly lost the lead on hole 2 as he posted a double bogey at the par-5.  He managed three birdies to get back to even par for the front nine but was unable to recover from yet another double on the back at number 11.

After birdies at 1, 5, 9, and 10, Homa grabbed the solo lead.  His playing partner and closest competitor Keegan Bradley was able to get it to a one shot deficit multiple times but wasn’t able to overtake Homa.  Coming down 18, with a one shot lead, Bradley’s tee shot found a fairway bunker.  He had a chance to tie but hit his approach shot fat and was unable to chip in for birdie.  Max’s low stress two putt par was good enough for the win.  This is Homa’s second victory at the Wells Fargo Championship, joining only Rory McIlroy with multiple Wells Fargo victories.

Next week, the PGA Tour heads to Texas for Byron Nelson.