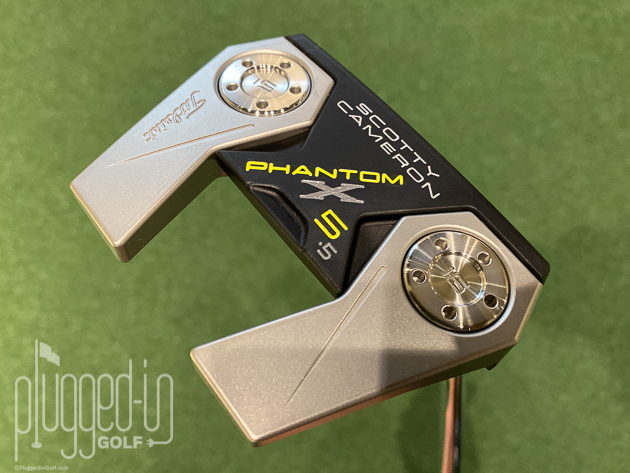 The Scotty Cameron Phantom X 5 and 5.5 putters are my favorites in this line.  More compact head and simplified alignment aids. 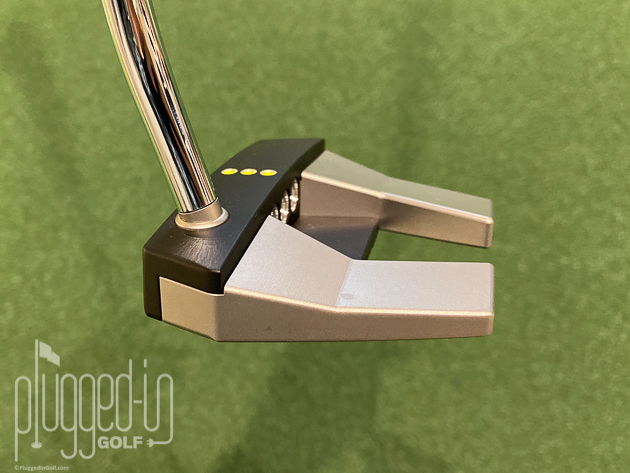 Earlier this year, we took a look at two of the five new models in Scotty Cameron’s Phantom X putter series, the 8 (review HERE) and the 12 (review HERE).  Today, we’re examining what may become the most popular models, the 5 and 5.5.  With its roots in on the popular #7/Fang head shape, we wanted to know if there was anything new here or just another rehashed design. 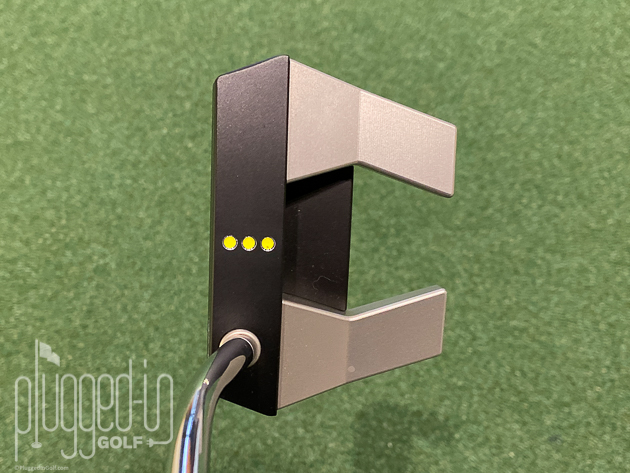 The first thing that stood out to me when I picked up the Phantom X 5 was that it was smaller than I expected.  Having tested the 12 and 8 – both huge mallets – I was expecting the 5 to be similarly sized.  Don’t get me wrong, the Phantom X 5 is still a mallet, but it’s a compact one.

Overall, I like the more angular take on the #7/Fang headshape.  The combination of the smaller size and the sharp lines fit my eye well. 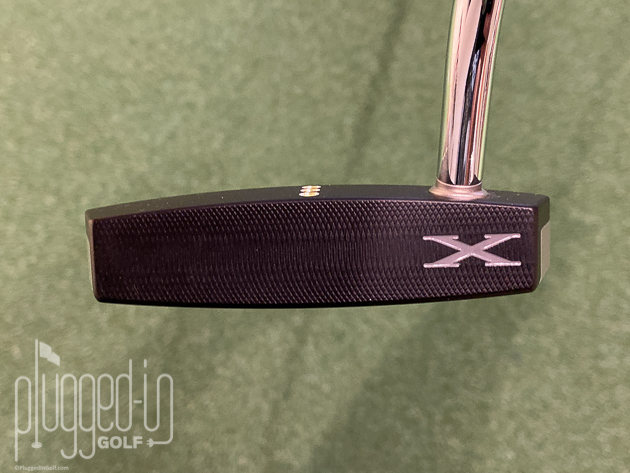 I’ve commented in previous Phantom X reviews that this is the best feeling line that Cameron has produced in a few years.  That opinion holds true with the Phantom X 5 and 5.5, too.  On center, there’s a very pleasant, slightly lively “tock.”

What did surprise me was how demanding the putter is.  The impact sound gets dull very fast as you move away from the center. 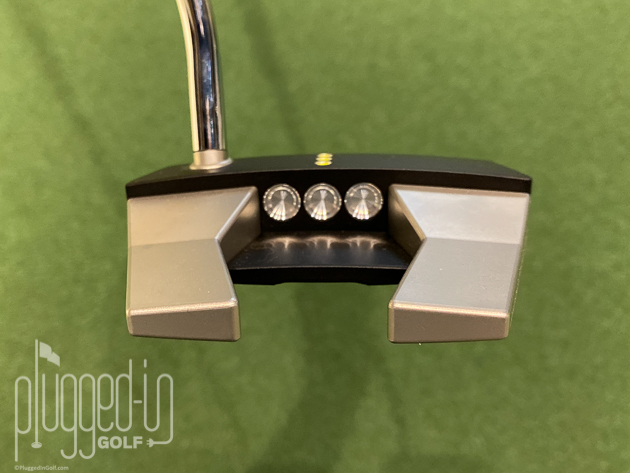 As a putter with a moderate arc to his stroke, I gravitated toward the Phantom X 5.5.  In fact, I locked in with it almost immediately.  It’s the best I’ve putted with a Cameron putter in ages.  The combination of the slight toe hang and the look that I liked really worked well for me.

Like most recent Scotty Cameron putters, the Phantom X putters have adjustable weights in the sole.  While Scotty is now offering weight kits through his website, they are extremely expensive ($169 for three sets of weights and a removal tool).  You can find much less expensive options on eBay.

Finally, let’s talk about forgiveness.  Compared to a blade, both of these putters are significantly more forgiving.  However, compared to the massive Phantom X 12, the 5 and 5.5 are lacking.  On bigger mishits, I could feel the putter twisting in my hand.  There’s no magic dust here: if you want massive forgiveness, you need to choose a massive putter. 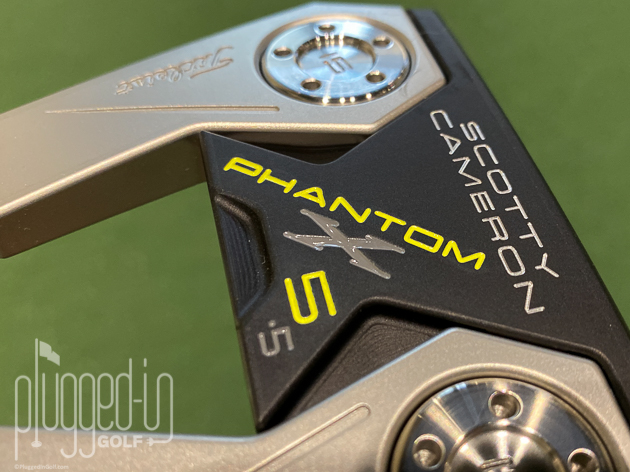 While the Scotty Cameron Phantom X 5 and 5.5 putters are not dramatically different than other similarly shaped mallets, the ability to customize the weight and choose between two necks is valuable.  If you like the look of this more angular, compact design, visit your fitter to find the right toe hang and head weight for your stroke.