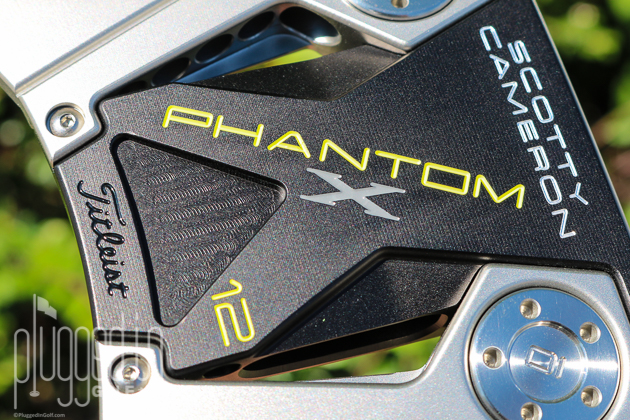 The Scotty Cameron Phantom X 12 putter has an aggressive, futuristic design and high MOI.  Only one neck option.  Unusual feel during the putting stroke. 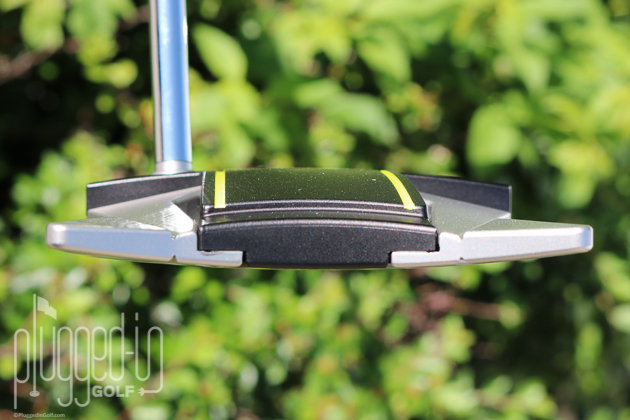 Scotty Cameron refers to the Phantom X 12 putter as the flagship of his new line, stating, “It has it all.”  Does that mean this putter demands to go in your bag, or has Scotty gone overboard with this model?  I’ll offer my take in this review. 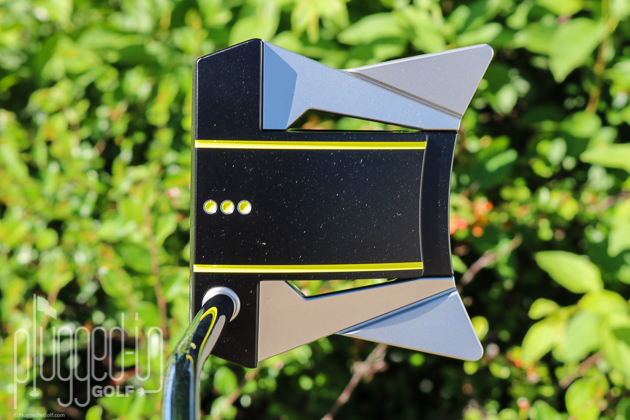 The Phantom X 12 is far and away the boldest design in this new line.  There are hints of the TaylorMade Spider in the wings that poke out at the rear corners, but the overall look is much more angular.  Whether or not all these elements “work together” will be in the eye of the beholder.  I’m not opposed to modern designs, but the Phantom X 12 doesn’t do much for me.

Like the Phantom X 8 (review HERE), the Phantom X 12 has “Combination Alignment.”  That’s Cameron’s term for the pairing of sight lines with sight dots.  Just as with the 8, I was surprised by how much I liked the two lines framing the ball at address. 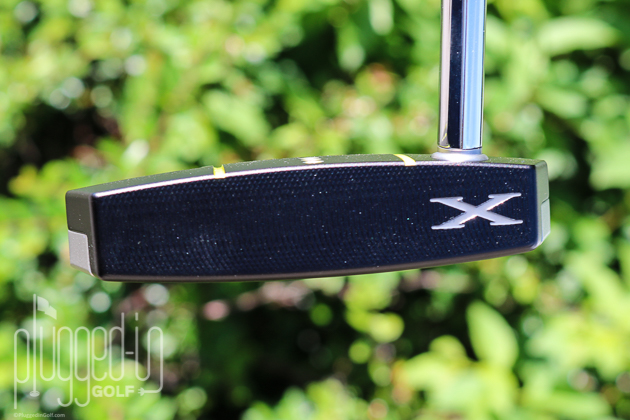 Striking the ball with the Scotty Cameron Phantom X 12 putter produces a firm, solid feel.  With most urethane-covered balls, I heard something between a “thud” and “tock” – not lively but not dull, either.  The exact sound of impact will vary depending your golf ball of choice.

The Phantom X 12 feels like the most forgiving model in the new line.  There was minimal feedback on small mishits, and even substantial misses wouldn’t cause the head to twist. 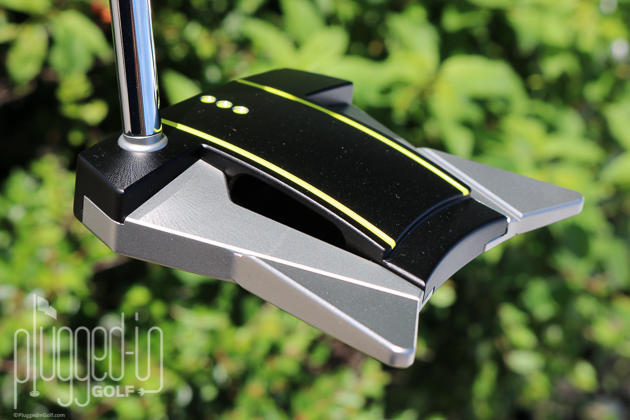 There are times when a player just doesn’t get along with a certain piece of equipment, and that was the case with the Phantom X 12 and me.  From the first practice swing, the weighting of this putter felt off to me.  I’ve used my share of large mallets, and I’m typically able to adapt to how they feel.  With the Phantom X 12, I could never get a handle on how the putter was moving during the stroke.

Of course, that speaks to the importance of fitting and is not an objective condemnation of the putter.  There will be other players who pick it up and find swinging it as natural as breathing.

The Phantom X 12 is indisputably forgiving.  For as much trouble as I felt I was having, this putter consistently rolled the ball pin high.  Even though I wasn’t hitting my lines accurately, three putts were rare.

Unlike the other putters in this line, the Phantom X 12 comes with only one neck option.  The 12 has “Mid-Bend Shaft Technology” which makes it face balanced.  Thus, this is a putter that should work best for players with “straight back, straight through” putting strokes. 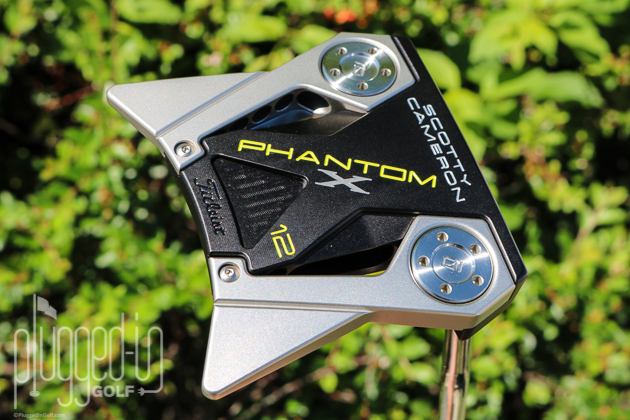 If you’re looking for a Scotty Cameron putter that pushes the limits on forgiveness, the Phantom X 12 is for you.  I did find the weighting unusual, so I’d strongly recommend testing it and being fit, but it delivers when it comes to enhanced alignment and stability.