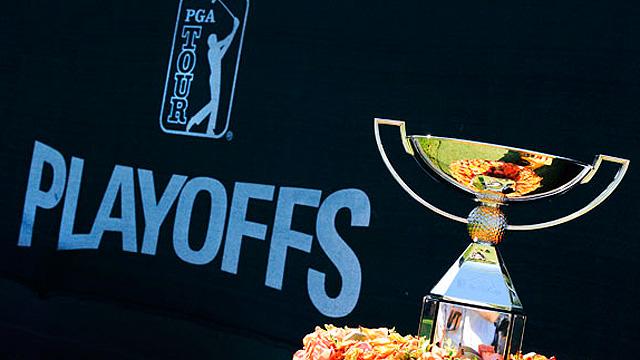 Norton, MA – After obliterating the field on Sunday, Dustin Johnson made 6 birdies and 1 eagle to shoot a final round 63 to win the 2020 Northern Trust to take home the first playoff victory of the year and vault him to the top of the FedEx Cup.  Playoffs in any sport usually prove to be more difficult than any regular season event, especially with a “win-or-go-home” mentality.  Well, the first leg of the PGA Tour FedEx Cup playoffs proved that wrong with some extremely friendly scoring conditions this week at TPC Boston in Norton, Massachusetts.  Johnson reached 30-under par for the week and despite an 11 shot margin of victory, the scoring averages were some of the lowest they’ve been all season.

On Sunday, Dustin Johnson found himself at his lowest 54-hole score in his career at 22-under par, with a 5-stroke lead.  He started off strong with an eagle on 2, then 4 more birdies just on the front nine.  After hitting all 18 greens in regulation, DJ capped off a spectacular performance with 2 more birdies on the back to cruise to his 22nd win on tour and his 5th playoff trophy.  Harris English finished 2nd at 19-under.  PGA Tour rookie Robby Shelton made a run as he was the only other player to post an 8-under on Sunday, finishing in a tie for 13th place.  Tiger Woods struggled all week but was able to convert in his final round to post a 5-under 66.

Next week, the PGA Tour heads over to Olympia Fields in Illinois to compete for the second round of the playoffs where the top 70 players will compete for 30 spots for the Tour Championship in Atlanta at East Lake.