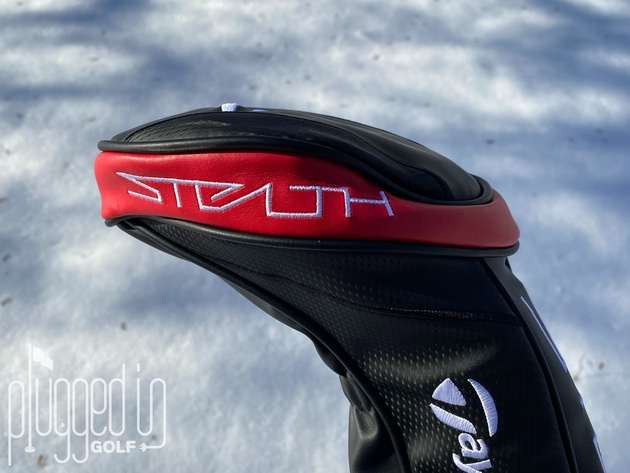 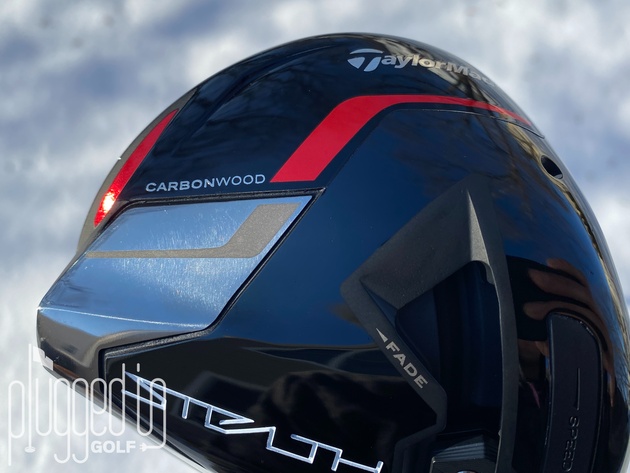 It’s no exaggeration to say that TaylorMade’s Stealth drivers are the most hotly anticipated clubs of 2022 [I also argue that they’re the most interesting HERE].  Thanks to their red carbon fiber face, these are the drivers that are topping everyone’s “must try” list this year.

In this first of three driver reviews, I’ll give you an in-depth look at the TaylorMade Stealth Plus driver. 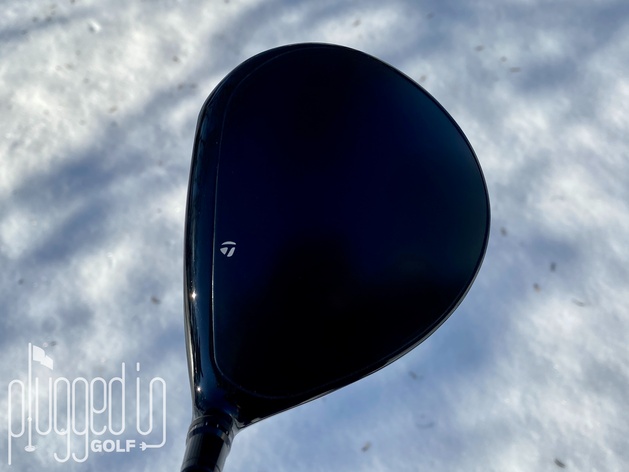 I am thrilled that TaylorMade went back to an all-black crown for their Stealth line.  There is still a “ring” around the carbon fiber crown as there has been for the last few generations, but the carbon fiber is very black which makes for a more uniform appearance.  “Stealth” branding is hidden in the carbon fiber on the heel side.

In terms of size and shape, the three TaylorMade Stealth drivers are nearly identical.  They are all 460 cc with a slightly asymmetrical shape that’s not too stretched in any direction.  Staring at all three next to each other, the Stealth Plus may be slightly shorter from front to back with a shallower face.  I also might be looking for differences where none exist. 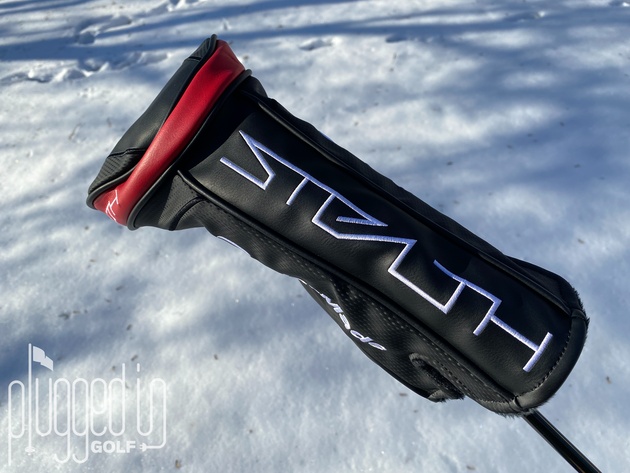 Flipping the driver over, your eye is first drawn to the silver “Stealth” branding along the middle of the sole.  The Stealth Plus is the only model with adjustable weights – a sliding track near the face that’s easy to miss thanks to is being black-on-black.

TaylorMade did an excellent job rounding out the aesthetics of the Stealth with a sharp head cover.  The Stealth branding, which is edgy and futuristic while remaining legible, is seen on both the back and around the edge of the top. 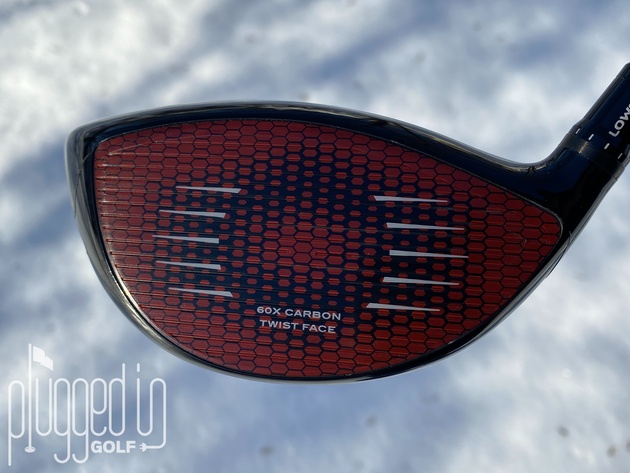 For the last few generations, I’ve thought that TaylorMade’s drivers have been the best in terms of sound and feel.  I was concerned that the feel would fall off with a carbon fiber face, but I was wrong.  Striking a Tour-quality ball with the Stealth Plus driver produces a very solid feel.  The sensation may be a bit softer than previous models, but it’s still stout and fast.

In terms of sound, the Stealth Plus is muted and staccato, even in a hitting bay.  I suspect that outdoors it will be whisper quiet.  Audio feedback is excellent with mishits being louder and more dissonant. 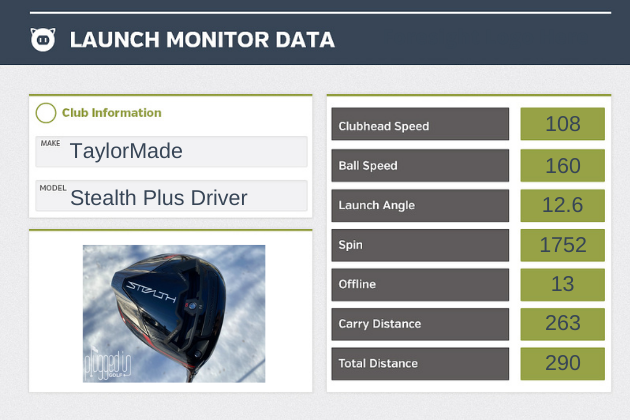 The focus of the TaylorMade Stealth Plus driver is on the face, and rightly so.  After years of using titanium, TaylorMade switched to a “60X Carbon Twist Face.”  60X comes from the 60 layers of carbon fiber in the face.  The benefit of carbon fiber is that it is 44% lighter than titanium which allows for a larger face that’s still very hot. 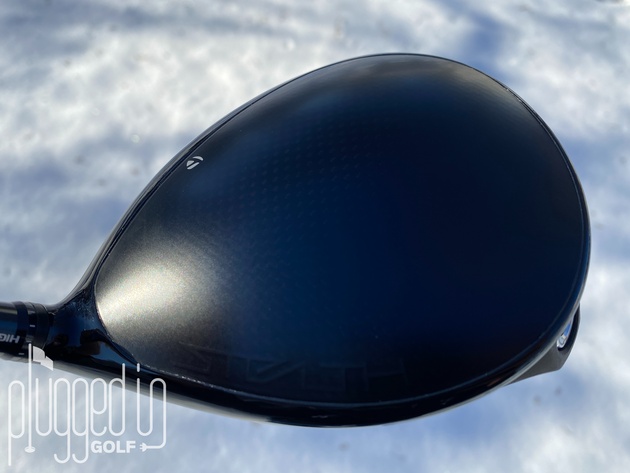 Despite having hit very few balls in the last six weeks, I produced some of my highest ever ball speeds with the TaylorMade Stealth Plus driver.  My first couple swings were rust removers, but the third ball registered a 6 after the 1, which made me very happy.  For me, ball speed in the 160s tells me that the club has some serious firepower. 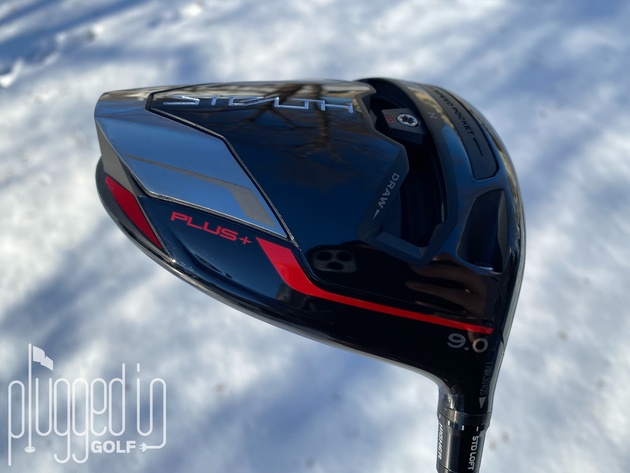 Equally or more important is that the ball speed stays high on mishits.  Once I got loose, my ball speed never fell out of the 150s, even on gruesome contact.  Additionally, thanks to the Asymmetric Inertia Generator the head is stable so launch and spin rates are robust. 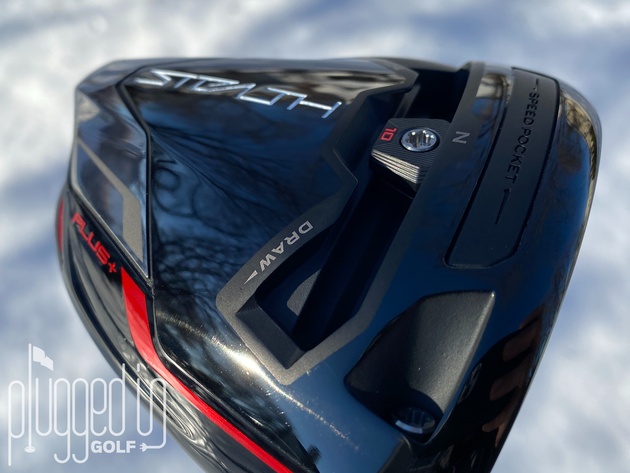 The primary thing that separates the Stealth Plus driver from the other two models is the adjustability.  A 10 gram sliding weight on the sole allows you to tune the club to promote a draw or fade.  Moving the weight from the extreme toe to heel will produce a noticeable difference in ball flight.  Smaller changes will probably be marginal for anyone who isn’t a very consistent ball striker.  The Stealth Plus driver also has TaylorMade’s Loft Sleeve which allows you to modify the loft up or down two degrees. 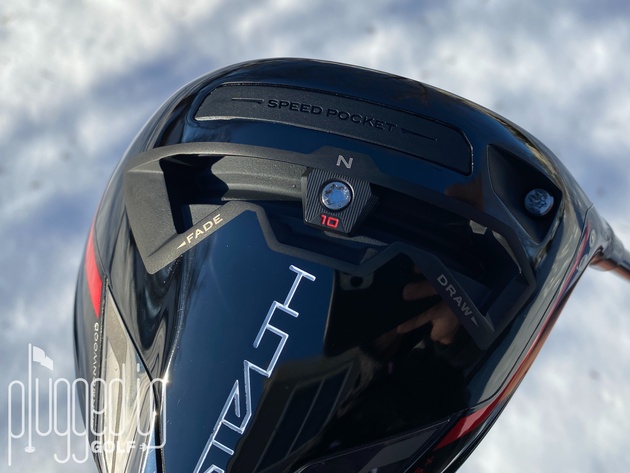 Beyond the sliding weight, the Stealth Plus differentiates itself by being the lowest launching and lowest spinning driver in the family.  The stock ball flight is very strong, so be careful in assuming you need one of the lower lofted options.  As always, you should get fit to maximize your driver’s performance.  Finally, TaylorMade notes that it gives up some forgiveness compared to the Stealth [review HERE] and Stealth HD [review HERE]. 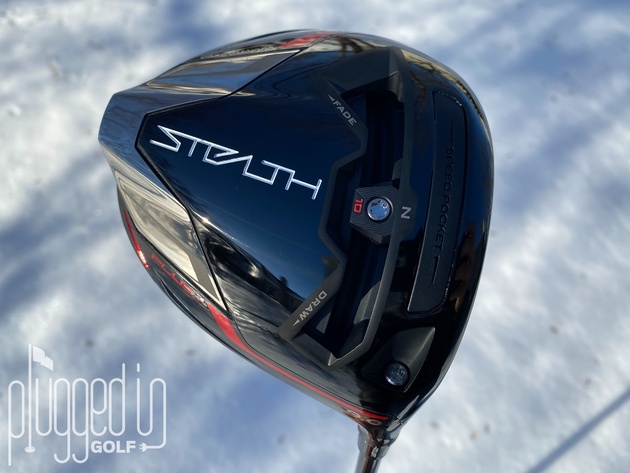 When I first heard about TaylorMade’s carbon fiber face, I was torn between excitement and skepticism.  Having tested the Stealth Plus driver for myself, the skepticism has been put to rest.  This face is large, forgiving, and hot, meaning more drives going further than before. 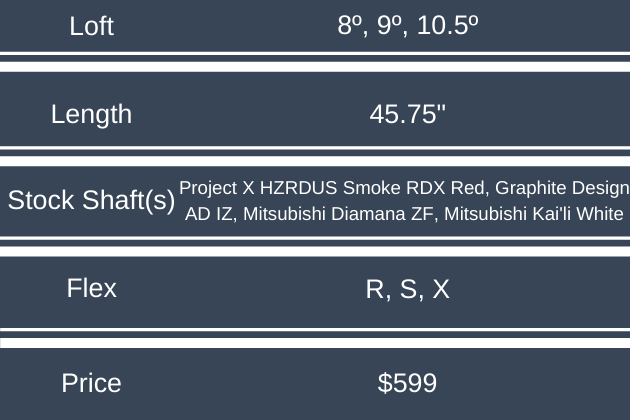