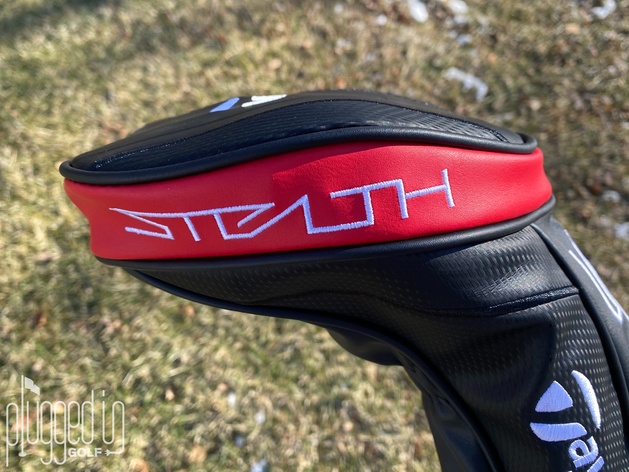 The TaylorMade Stealth driver is fantastic.  Excellent ball speed and forgiveness.  I love the return to a black crown.  One of the best drivers of 2022. 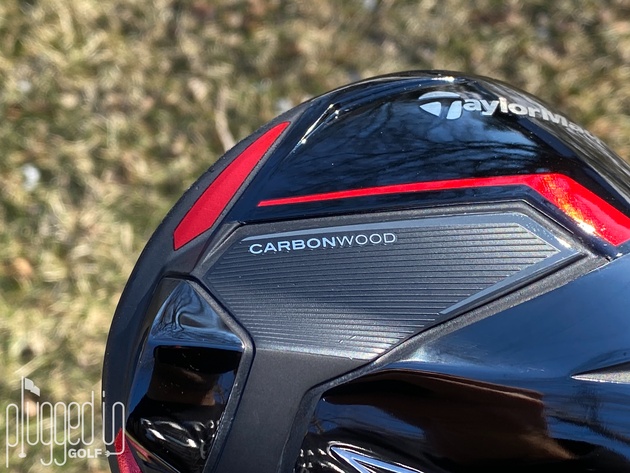 As soon as it was announced, I was referring to the TaylorMade Stealth driver as the most interesting golf equipment story of 2022 [HERE].  The golfing public seems to agree with me.  Our reviews of the Stealth drivers have been our most popular since they went live, and fitters at Club Champion have told me that virtually every player who comes in wants to hit it.  For this review, I tested the Stealth driver to see if the performance can match the hype. 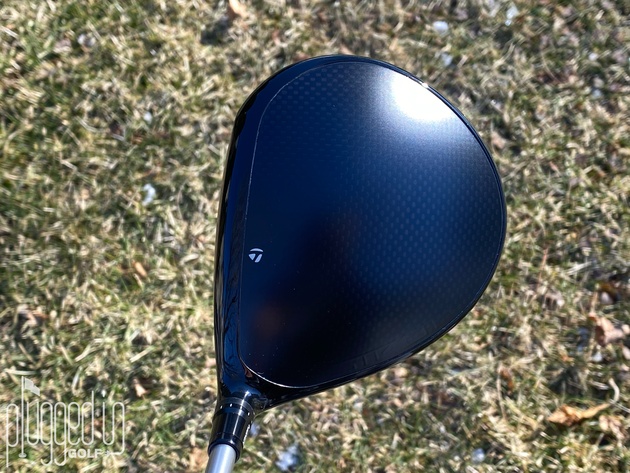 With their return to an all black crown, TaylorMade is back to making some of the best-looking drivers in golf.  Elements of their last few generations still remain, primarily the large carbon crown, but the lack of different colors gives the Stealth driver a more traditional appearance.  There is Stealth branding on the heel of the crown, but it lives up to its name by blending in almost completely.

As I noted in my two previous Stealth driver reviews, there is barely any difference between the three models at address.  Each one is 460cc with a very slight pear shape.  This allows golfers to buy based on performance rather than looks, which I applaud.

The most eye-catching piece of the Stealth driver is the red Carbon Twist Face.  I like that it has a lot of visual “pop” without being distracting at address.  Personally, I found the red dark enough that I barely noticed the difference when I set up. 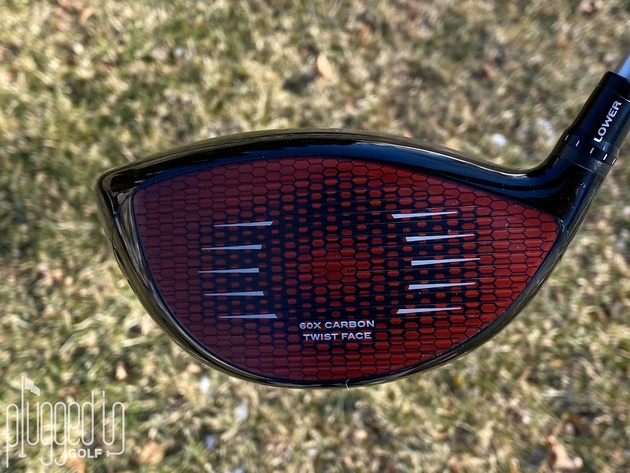 The last few generations of TaylorMade drivers have been defined by an extremely solid, satisfying feel.  That hasn’t changed with the new Stealth driver.  To me, the carbon fiber face produces a slightly softer feel, but it’s still strong and fast.  Additionally, it’s easy to feel the difference between pure and off-center strikes.

Stealth’s satisfying feel is paired with a muted, staccato impact sound.  This sound is very pleasant and consistent across all three Stealth driver models.  I found the Stealth to be quieter than most drivers which makes audio feedback slightly harder to parse. 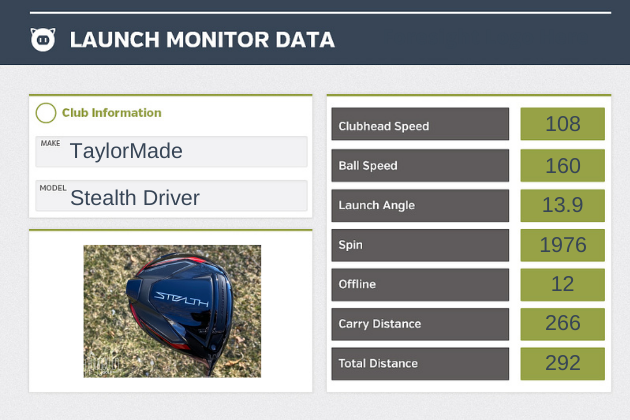 The TaylorMade Stealth driver is really impressive.  What stood out most was the consistency of ball speed.  It took a really poor swing to drop my smash factor much below 1.45.  With ball speed being the primary engine of distance, the importance of this can’t be overstated. 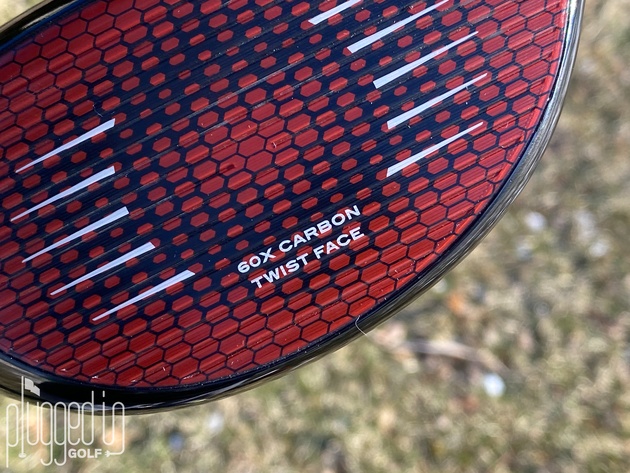 That consistent ball speed comes from the stability of the head and the technology in the face.  Most obvious is the 60X Carbon Twist Face, named for the sixty layers of carbon fiber and the shape which helps keep off-center shots straighter.  The other key element is the Asymmetric Inertia Generator – the large weight at the back of the head.  This raises the MOI and keeps the head from twisting on mishits. 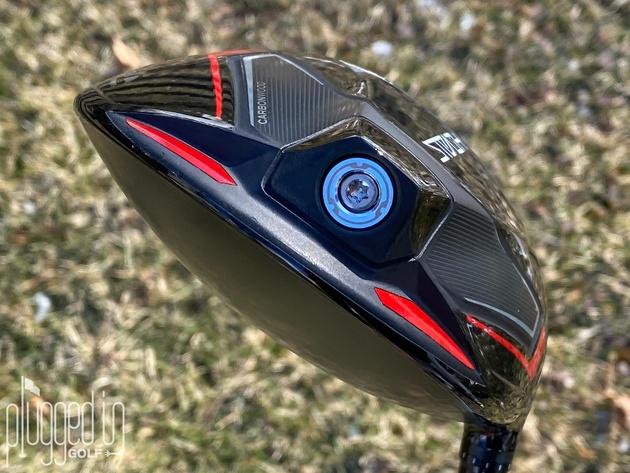 Higher forgiveness is one of the primary things that separates the Stealth driver from the Stealth Plus [review HERE].  Where the Stealth Plus has a Sliding Weight Track to dial in ball flight, the Stealth has a heavier Asymmetric Inertia Generator for more forgiveness.  The difference isn’t night and day, but I found it noticeable and would definitely favor the Stealth for my own game. 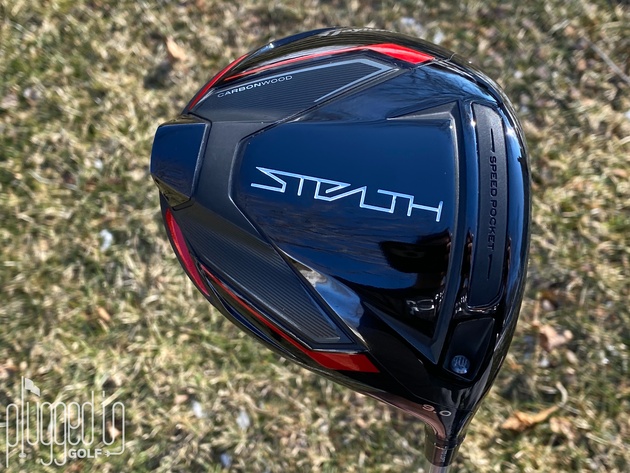 The TaylorMade Stealth driver is firmly in the conversation for driver of the year and has a real shot to earn a spot in my bag.  The consistency of the ball speed is remarkable, and the Stealth also provides excellent stability.  Don’t be surprised to regularly see this driver in the winner’s circle on Tour and in fittings this year. 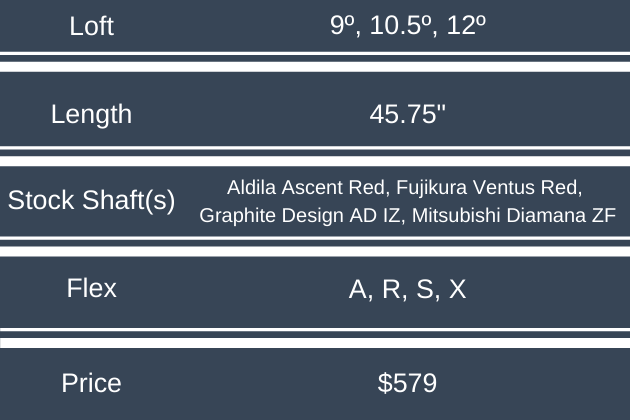