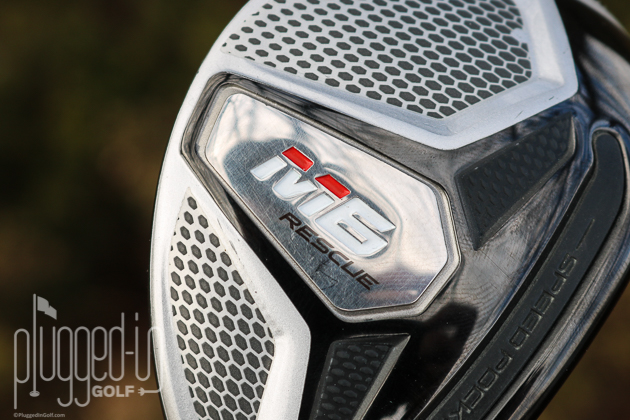 In the TaylorMade family of woods, as the head size goes down, so does the number of options they offer.  When you get to the hybrids in fact, the choice is down to one – the M6 Rescue.  That may not be good news for tour players, but for the average golfer it makes the decision tree simple. 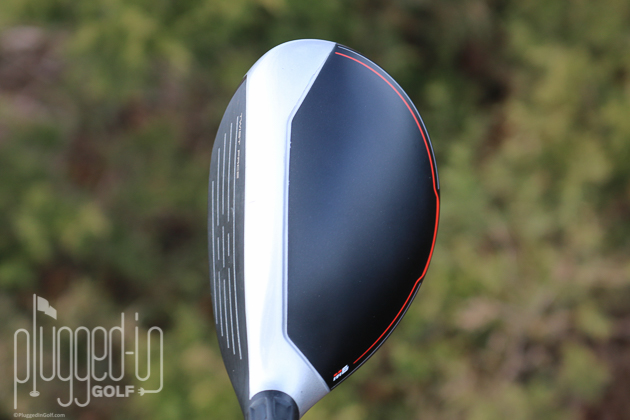 Pulling off the headcover of the TaylorMade M6 Rescue, there’s some familiarity with the M4 sole (review HERE), but the overall look is a dramatic change.  The simple M6 Rescue badge looks sleek and positioned to glide along tight turf.  That being said, the grey honeycomb graphics seem out of place and a bit busy to my eyes.

At address, the longer silver band that parallels the face offers a much more balanced look than the M4.  The pinstriping on the trailing edge of the head also has more eye appeal.

Face on, the M6 Rescue presents a wonderful low profile and an angular toe that looks like it can cut through gnarly rough.  Altogether, the M6 Rescue has that signature TaylorMade look. 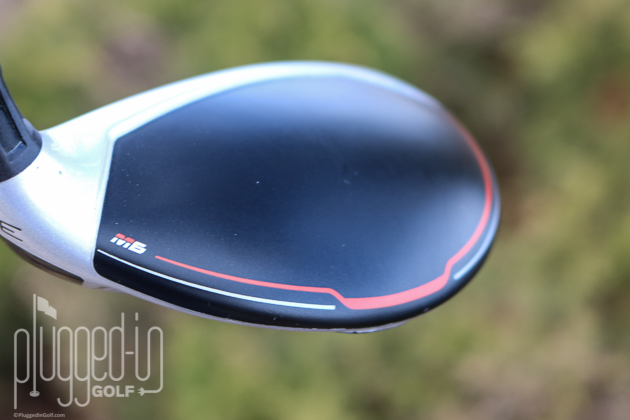 The M6 Rescue produced a crisp ‘click’ with centered or near-centered contact.  Outside that generous area, strikes had a duller ‘crack’.  The feel in my hands mirrored the audible feedback.  Solid hits seemed to have a little bounce in the feel, while mishits felt muddled.  Whereas many hybrids on the market have a slightly heavy head feel, the M6 feels more balanced throughout the swing.

It was simple to find the groove with the TaylorMade M6 Rescue thanks to the distinguishable feedback.  Ball flights were very consistent – mid height and mostly straight.  Several shots that felt noticeably thin still obtained decent height and carry, results that I attribute to the positioning of the Speed Pocket TPU in the sole.

Reviewing the launch monitor data I collected at Club Champion in Orlando, two parameters stood out:  1.5 average smash factor and consistent distances.  It’s no secret that TaylorMade manufactures their drivers past the legal limit on ball speed and brings them into compliance with Speed Injection, and it makes me chuckle to myself that maybe the M6 Rescue is the beneficiary of the design sans injection correction.

What the M6 Rescue does have for the first time in TaylorMade hybrid history is Twist Face.  The face of the Rescue may be relatively small in the woods family, but the TaylorMade design team was able to incorporate more loft in the upper toe and less loft in the bottom of the heel to reduce curvature on mishits, resulting in straighter more consistent ball flights. 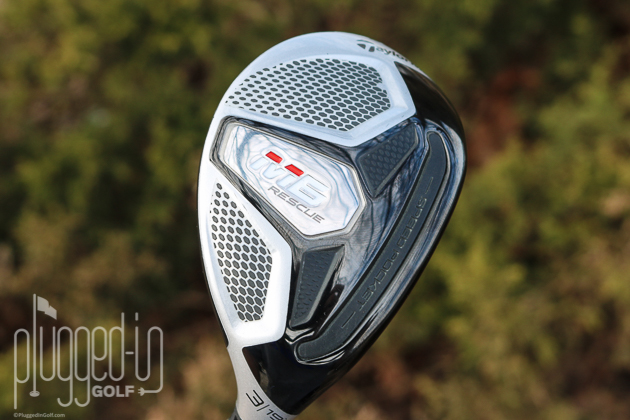 There’s visual appeal in the crown and face of the TaylorMade M6 Rescue, but the sole misses the mark.  Looking back over my M4 Rescue data I saw a lot of similarity with the M6 results which is good news if you already own the M4 Rescue – there’s no compelling performance reasons to run out and buy a new M6.  But if you’re in the market for a new hybrid, the TaylorMade M6 Rescue offers great forgiveness with consistent performance and is worthy of consideration for a spot in your golf bag. 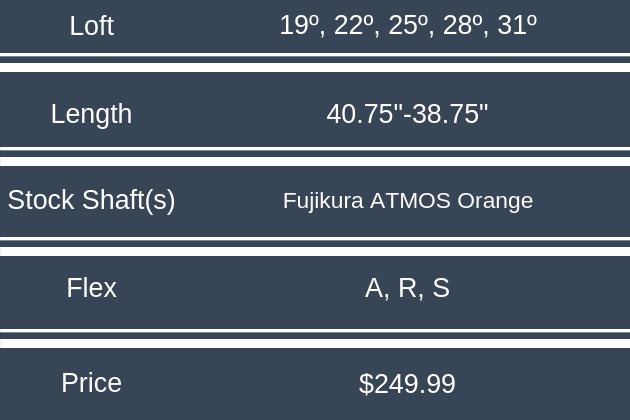