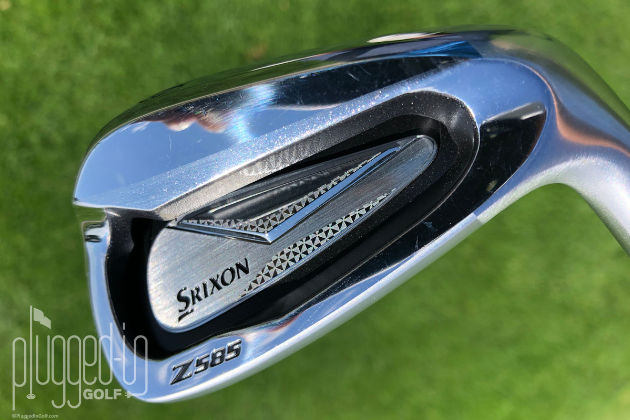 The Z 585 irons are new from Srixon with more forgiveness, but that doesn’t mean they should be overlooked by the better player.  It is a club that looks good, performs great, and is well-suited for different kinds of players. 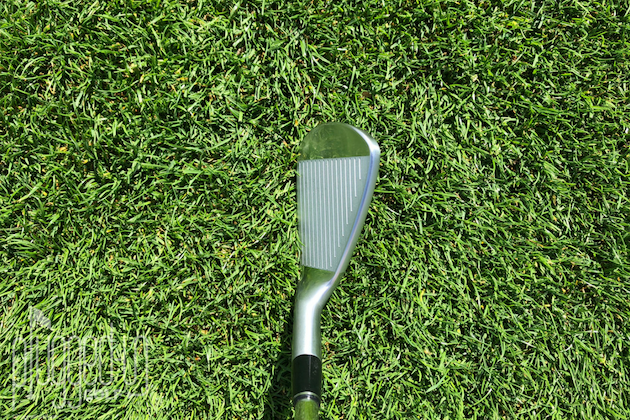 These clubs look very good in the bag and at address.  I appreciate that there is visible tech at the back of the club, but it doesn’t look like it’s ready for takeoff at the push of a button.  They look like a slightly more dressed up version of the Z785 but still retain a classic appearance.

Even better is how they look when addressing the ball.  The top line is relatively thin and square and none of the “help” in the club’s cavity is visible.  The blade length is nearly identical to the Z 785.  In the bag, there is clearly a difference between the two models, but over the ball they look extremely similar. 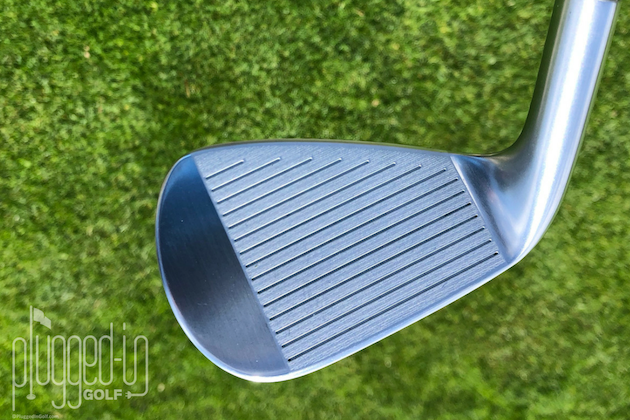 The sound of this club striking the ball is a light thud and click combined.  It is a solid, satisfying sound.  Though there isn’t quite as much auditory and tactile feedback on mishits as there is with the Z 785, you’re also getting less visual feedback as the flight tends to be higher and straighter.  Even so, you know when you’ve hit the center of the club face.

The Tour V.T. Sole in the Z 585 and the Z 785 does produce swift, easy movement through the turf. 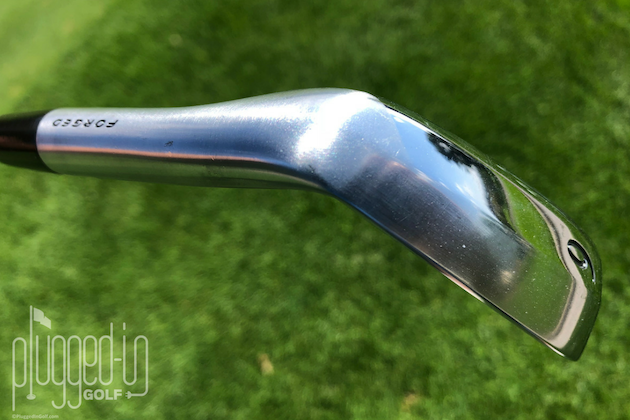 The popular assumption with “game improvement” clubs is that they go forever, don’t spin at all, and are not workable.  While these do provide more help and are not as easy to flight down or “work” as their slimmer counterpart, the Z 585 is anything but a one trick pony.

While the lofts of the 3 and 4 irons are the same in the Z585 and the Z785, the Z 585’s lofts become progressively stronger as you work your way through the bag.  The 5 and 6 irons are one degree stronger in the Z585 while the 9 iron and pitching wedge are two degrees stronger.

With the sole on the long irons being wider than the mid and short irons, they are incredibly easy to launch, even out of less than ideal lies.  That, combined with the fact that the lofts in the 3 and 4 irons match up, means that these clubs are perfectly set up to work in a combo set with the slimmer Z785 irons. 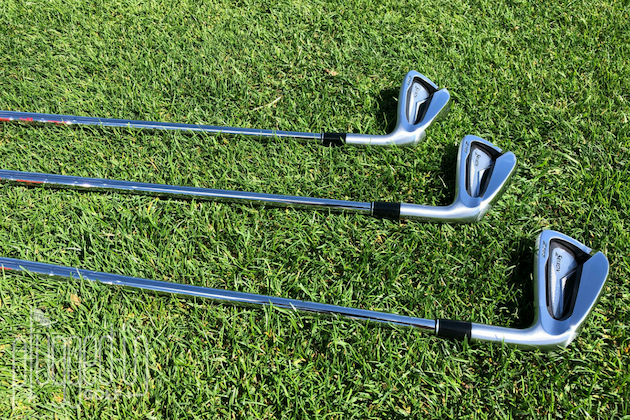 For a mid to high handicapper, I could see a full set of these irons going straight in the bag and being the most satisfying to hit and best performing clubs that person has ever owned.  For the better player, the Srixon Z585 slots perfectly into the 3, 4, and potentially even 5 iron slots in a combo set with the more traditional Z785. 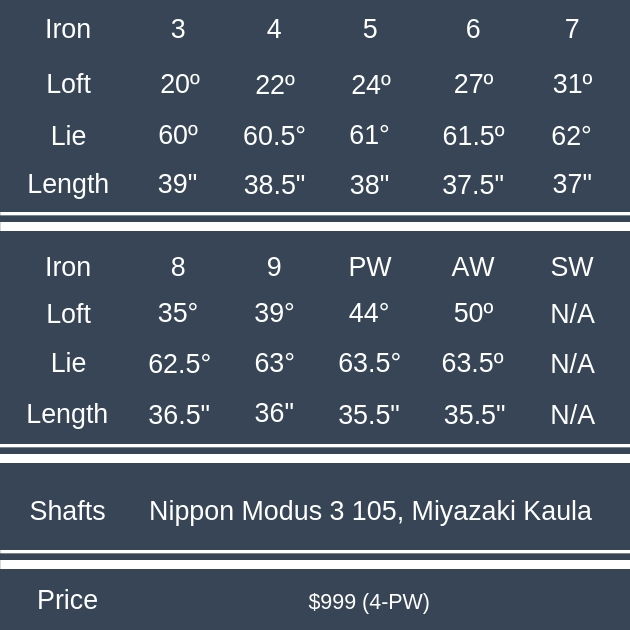