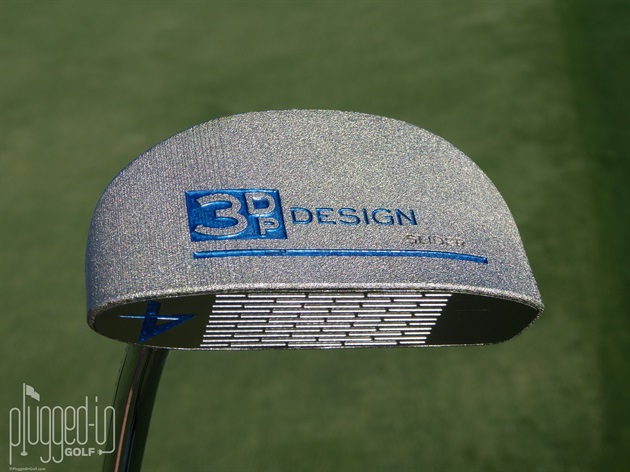 The Round 4 Slider-3DP putter has a steel and bronze body produced by state-of-the-art 3D printing technology.    Inside, aluminum and tungsten are utilized to precisely distribute weight and create a high MOI midsize mallet with wonderful feel and flow. 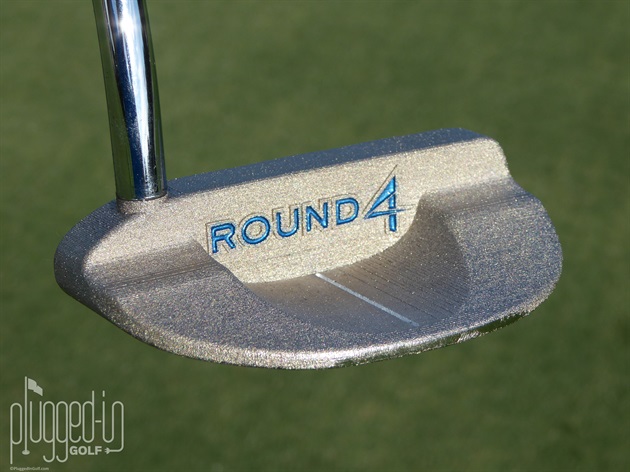 Since we first broke the news about Round 4’s pursuit of 3D printed putters (The Next Big Thing In Putters), owner Al Vikmanis has worked diligently to bring the concept to production.  He implemented an alternate printing method called Binder Jet Technology that is less expensive and affords easy customization of not just initials and logos, but custom hosel designs for specific offset or toe-hang.  Al’s even been commissioned to make one-of-a-kind head shapes.  As of this writing, Round 4 offers two 3D printed models, Closer and Slider, the latter being the subject of this review. 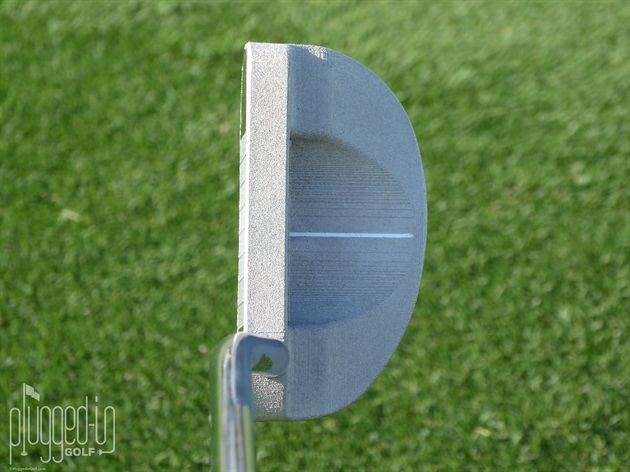 If the Round 4 Slider-3DP looks familiar, it’s because I reviewed the milled version a few years back.  The 3D printed version maintains the curves and half circle cavity of the visually well-balanced mid-mallet head.  That’s where the similarities end and the distinctive finishes of the Slider-3DP take center stage.

By leaving the head unpolished, the layers of the printing are not only visible, but afford a better understanding of the 3D printing technique.  The nickel plating provides a unique finish color that also abates glare, a feature I greatly appreciate in the intense sun of Central Florida.

The stainless steel face insert is photochemically milled and the high polish provides a nice contrast to the rough body finish. 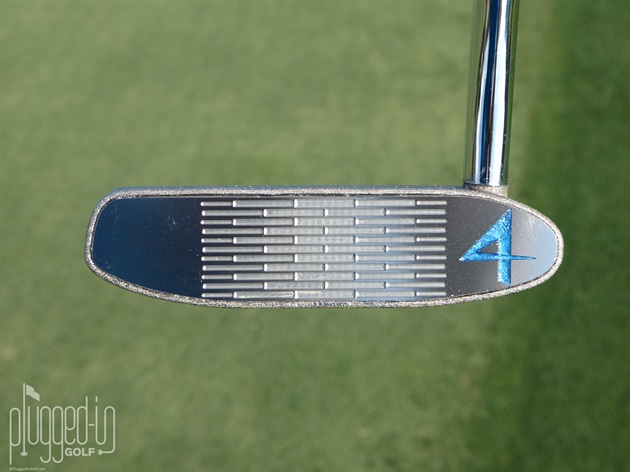 The face insert on the Round 4 Slider-3DP has a softer feel than the milled version, and the sound is a pleasant, almost woodsy, tock.  Hits toward the toe feel slightly softer, while near the heel the pitch increases and the feel is deadened.

At 353 grams the Slider-3DP weighs slightly less than the milled version, which is amazing given its significantly higher MOI that I’ll discuss in the next section.  Overall, the putter has wonderful balance and slight toe hang, with a fluid flow through the putting stroke. 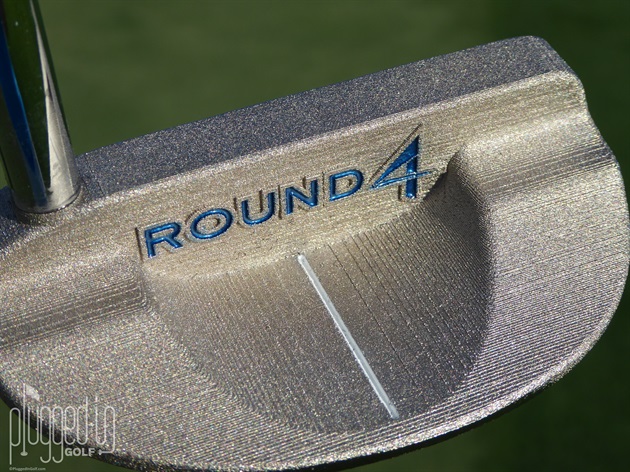 Like a sleek looking sports car, it’s what’s under the hood that really matters, and the Round 4 Slider-3DP putter hides some impressive performance elements.  Putter performance is largely based on MOI, which is a function of getting more weight further from the center of gravity (CoG).  There’s a wonderfully simplified explanation of the theory on the Round 4 website, but here’s what matters to most golfers:  less twist correlates to more energy transfer on off-center putts.

By utilizing aluminum and tungsten in strategic locations, the Slider-3DP has an MOI of 4000 g/cm2.  For a sleek looking mid-mallet, that’s an impressive MOI that translated to an improvement in performance over the milled version in my testing.  Off-centered strikes held their line and produced nearly the same ball roll out as center struck putts.

I found the layer lines in the back flange amplified the visual alignment aid of the long white line. Not only was I more confident in setting up square to my target line, I was making much more centered contact on putts.  Off the face the ball started rolling quickly. 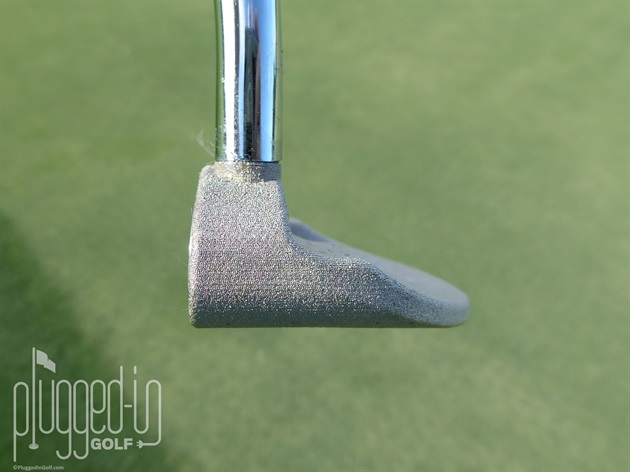 From the beginning Round 4 has had one mission:  “To create the world’s best putters through Innovation, Design, and Craftsmanship.”  The new Slider-3DP demonstrates all three facets well.  3D printing allows Round 4 to achieve precision that casting and milling can’t produce, resulting in a very forgiving putter in an appealing shape.  If you’re looking for a putter that will grab your playing partners’ attention – in both appearance and performance – the Round 4 Slider-3DP is worth a long look.