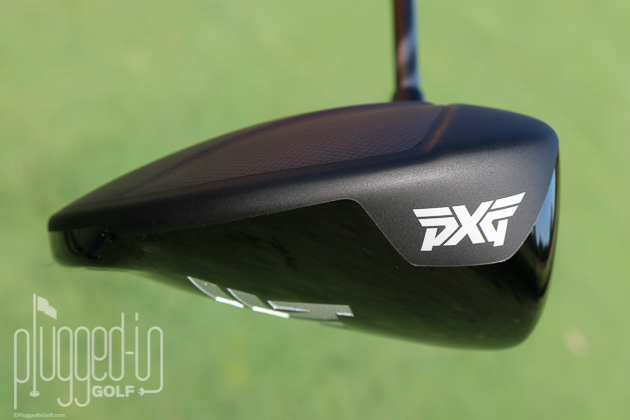 The PXG 0811 XF Gen2 driver has less weight adjustability than the 0811 X, but it offers more forgiveness.  Impressive consistency in spin, launch, and ball speed. 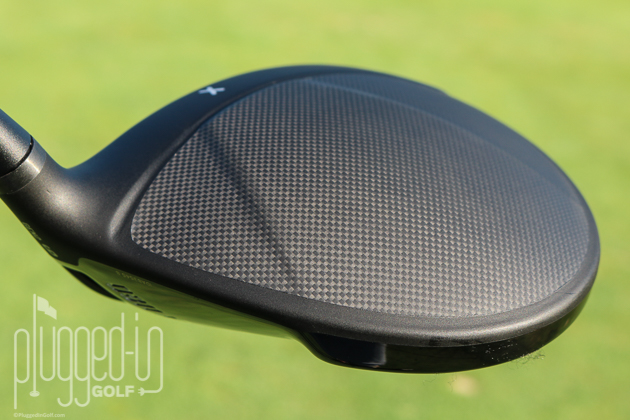 In my review of the 0811X Gen2 driver, I praised PXG for substantially lowering the price while improving the performance.  In this review, I’m setting out to examine if they can complete another difficult trick: offering two drivers that are meaningfully different. 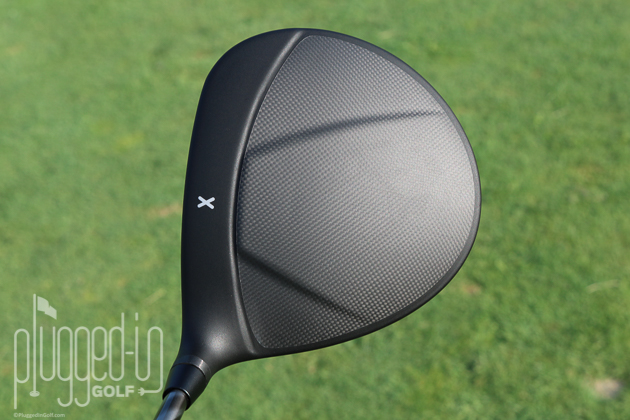 The look of the 0811 XF Gen2 driver is almost identical to the 0811 X Gen2.  Both have a matte black crown, lots of carbon fiber, and an “X” alignment aid.  They also share their most interesting feature: a raised ridge in the center of the crown.

Where the two drivers differ is that the XF is slightly longer from front to back.  It’s hard to overemphasize how small this difference is.  Without having the two clubs side by side, I doubt I would be able to detect the contrast. 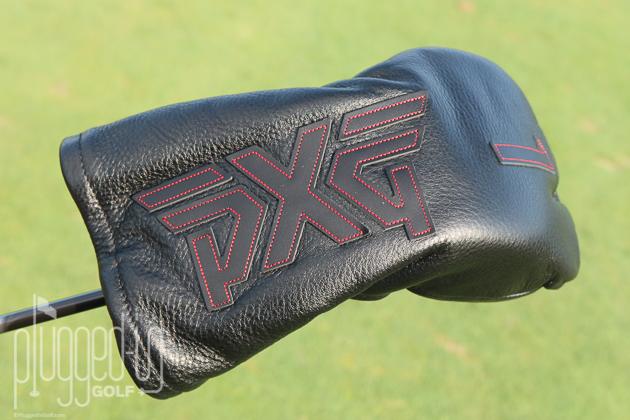 One other aesthetic note: PXG’s stock headcover is the best I’ve seen.  The material has a great feel to it, and the stitching and logo are substantial.  While plenty of people (myself included) have talked about PXG’s pricing, there can be no argument that they don’t offer a premium experience from the box the clubs are shipped in, to the headcover, to the club itself. 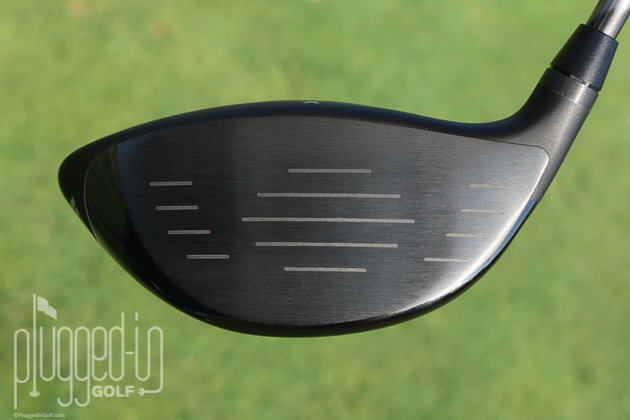 While PXG’s brand image is bold and brash, the sound of their Gen2 woods couldn’t be more understated.  The 0811 XF Gen2 driver is downright quiet at impact.  There’s no metallic or hollow tones at all, just a solid knock.

This is designed to be a stable, forgiving head, so feedback is modest.  The sound dulls ever so slightly on mishits.  You need to miss badly to feel much in your hands, but you can notice small misses once you spend some time with the club. 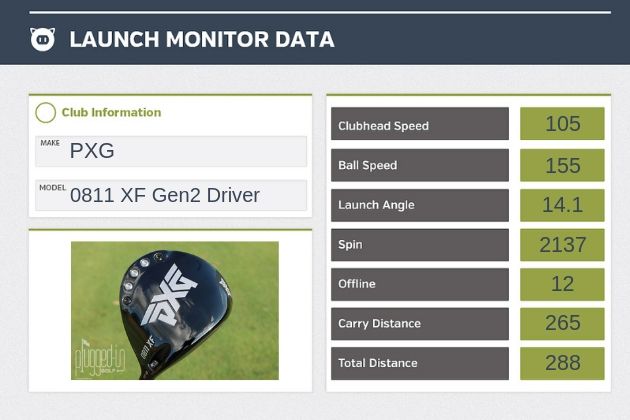 I was fit for my 0811 XF Gen2 driver at PXG Chicago.  I went in knowing which head I wanted to use – I’m a believer in maximum forgiveness off the tee – so it came down to the shaft and settings.  As we worked through different shafts, the main thing that stood out to me was how robust the spin numbers were.  There were some shafts that kept me in the center of the face, others had me all over the place.  Regardless of shaft, the 0811 XF Gen2 kept a similar low/mid spin profile shot after shot.

Similarly, the ball speed and launch were very stable.  Mishits will always have some cost in terms of ball speed, but the 0811 XF Gen2 kept me north of 150 MPH on all but my worst swings.

After ample testing, we settled on an unsurprising choice: the Fujikura Speeder Evolution IV (review HERE).  I’ve gamed this shaft extensively, so it was no surprise that it helped me to find the center of the face most frequently.  It also didn’t hurt that the black shaft completes the stealthy look of this set up. 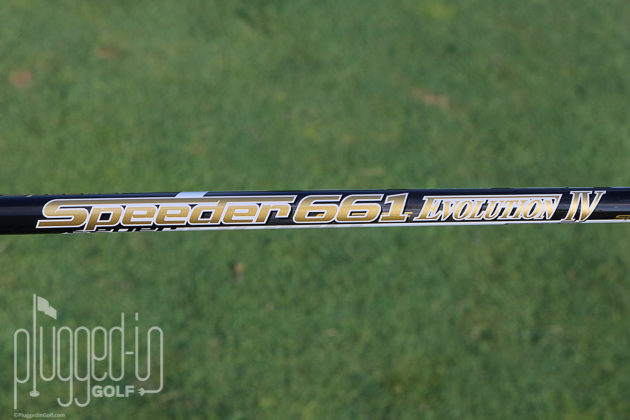 When I got the driver to the range, I saw the same things I observed in the fitting studio: high launching, mid/low spinning drives that carried forever (by my standards).  With the weights and hosel set neutral, the Speeder Evo IV kept my drives away from the left side, which is my preference.  I was able to easily shift between hitting straight shots and cuts. 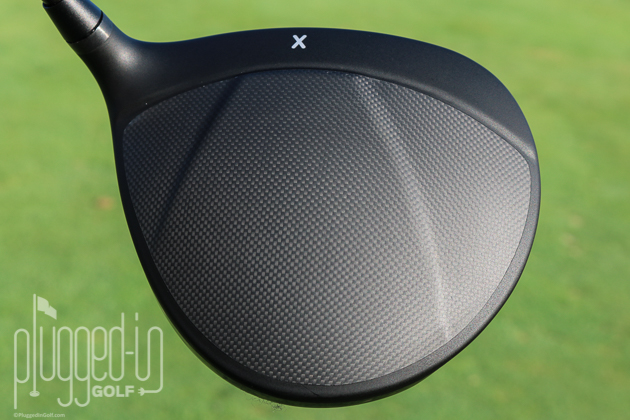 In comparing the 0811 XF Gen2 to its brother, the XF has far less weight adjustability.  The XF has five weight ports, all along the back edge.  This is in contrast to the 0811 X which has nine ports – three forward, three in the heel, and three in the back.  What you gain by giving up the weight ports is more forgiveness.  The difference isn’t huge, but it’s noticeable on a launch monitor.  Since both drivers have 1.5 degrees of adjustability at the hosel, I think that’s a good trade to make. 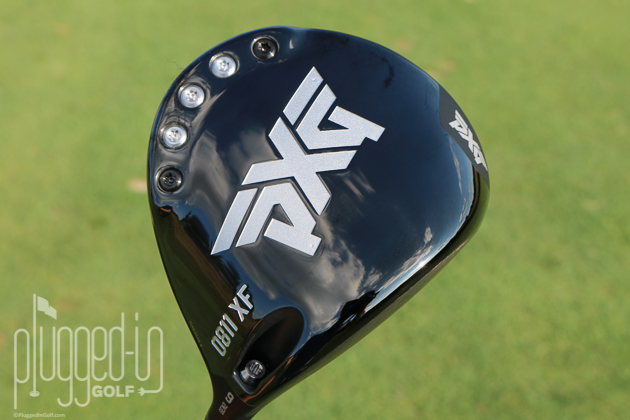 If you value forgiveness off the tee, the PXG 0811 XF Gen2 driver needs to be on your list of clubs to try.  This is a high performing club that delivers consistent results, even when your swing is inconsistent.

I also need to tip my hat to PXG for lowering the price of their woods while raising the bar for performance.  At $575, it’s only slightly more than drivers from Callaway and TaylorMade, but PXG offers a wider range of no up-charge shafts.  Depending on your shaft of choice, the 0811 XF Gen2 might be higher performing and less expensive. 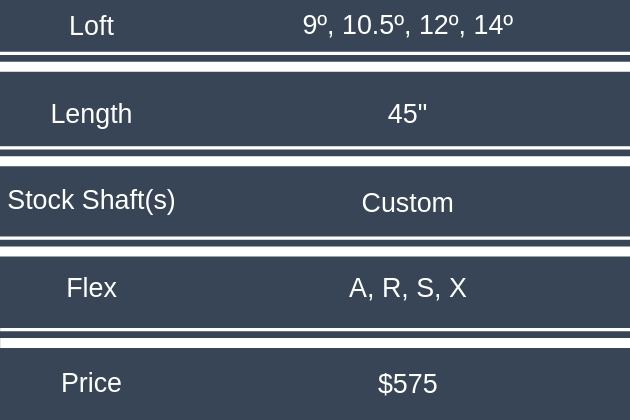