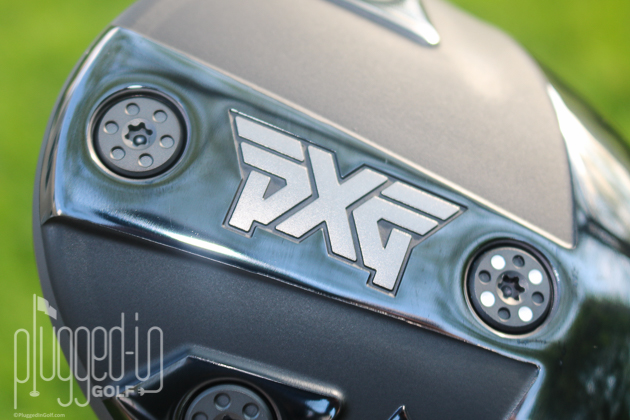 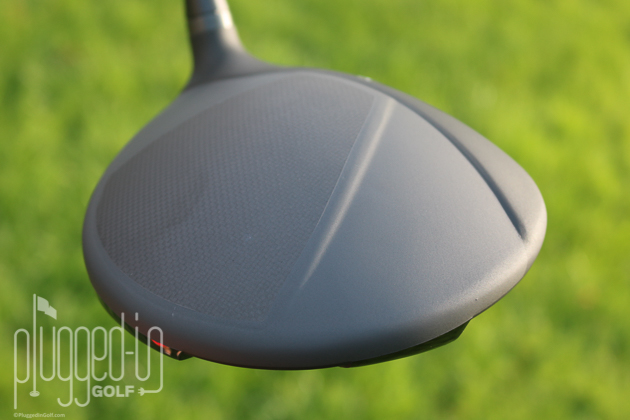 While much of the golf industry is biding its time and waiting for the global pandemic to pass, PXG surprised everyone by releasing a new driver.  Two new drivers, actually.  The PXG 0811 X Proto and 0811 X+ Proto drivers were a hit among PXG’s Tour staff, so they decided to do a limited release to the public.  Should you grab one before you hit the links in 2020?  I tested one to find out. 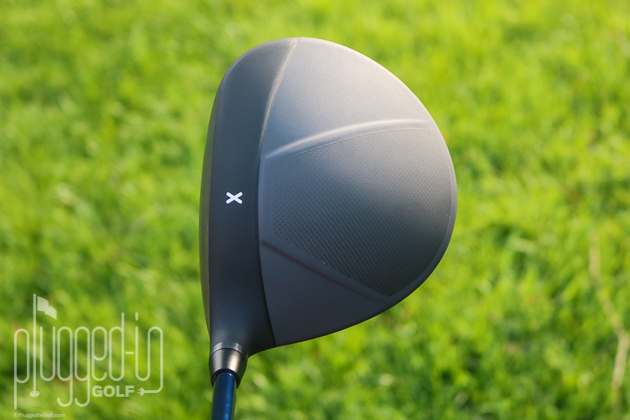 If you expected anything other than black and silver on the 0811 X Proto driver, you clearly haven’t been paying attention.  PXG keeps things understated and stealthy with a minimalist sole.  The main attractions on the underside of the club are the four movable weights, which are each much larger than the screws that PXG has used in the past. 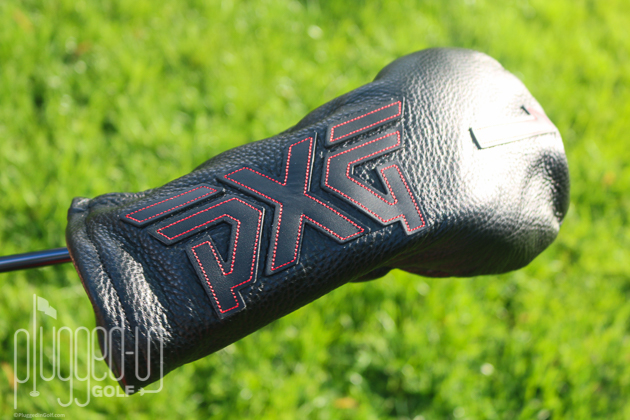 From address, the 0811 X Proto is extremely compact.  The shape is round and symmetrical, and barely looks like a 460 cc club.  Compared to the 0811 Gen 2 drivers [review HERE], the Proto crown has less visible carbon fiber (only in the raised middle section) and the raised segment doesn’t appear to be as tall.  This is easily one of the best looking drivers of 2020. 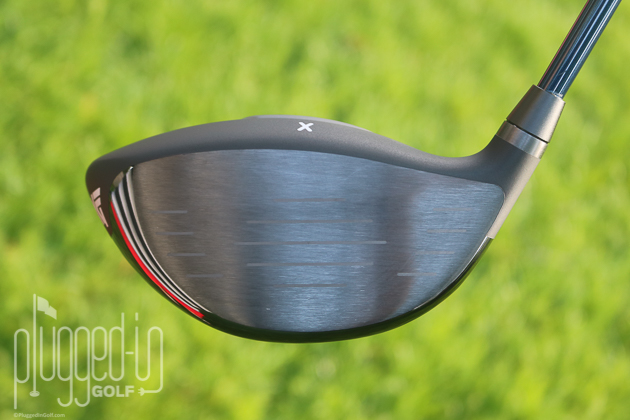 The look has changed noticeably from the Gen 2 drivers to the new Proto, but the sound has carried forward.  The PXG 0811 X Proto driver is very quiet at impact with the same solid knock as its predecessors.

I found the feedback in the 0811 X Proto to be pronounced.  From the first swing, I could easily and precisely locate each strike.  Audio feedback is fairly minimal which allowed me to play off a couple mishits that ended up being quite good. 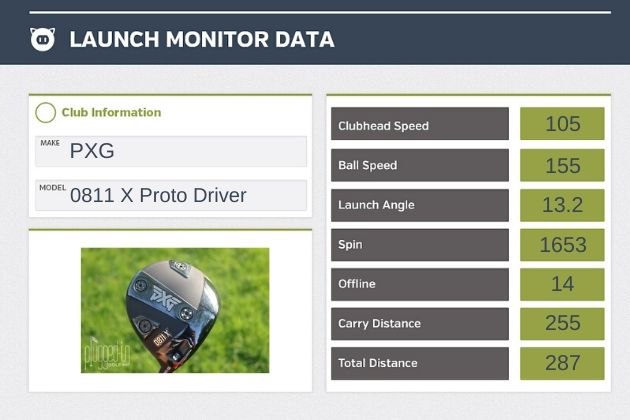 Before I dive in, it’s important to note that there are two versions of the new PXG driver.  The 0811 X Proto driver is the lower spin version with a low center of gravity.  This is designed to fit players with level or downward angles of attack, and it comes with 9 degrees of loft.  The 0811 X+ Proto driver has a mid center of gravity which will produce more spin for the player with an upward angle of attack.  The X+ has 10.5 degrees of loft.

Now, let’s check off a few of the fundamentals.  Despite the smaller-looking head, the 0811 X Proto does a great job at producing ball speed on both centered and non-centered impacts.  It also delivers exactly what it promises: low spin.  As a low spin player, it took no effort to dial in some knuckleball settings with the weights and loft (the hosel adjusts loft up or down 1.5 degrees).  I turned up the loft and moved the weight and the spin was still quite low.  If you’re a high spin player, this is a must-try. 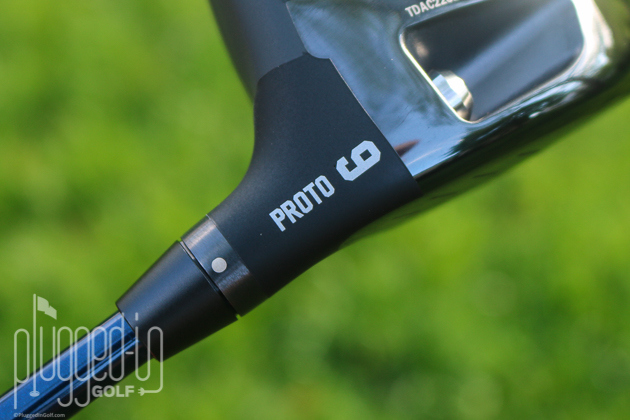 In my testing, what stood out most about the 0811 X Proto driver is the massive adjustability and how much more usable the adjustability is compared to previous PXG drivers.  Older versions used small weight screws that allowed for very precise CoG changes but were very time consuming to change because they were so numerous.  In the new Proto driver, PXG is using the same weights that they use in their putters.  These weights range from 5 to 20 grams in 2.5 gram increments which allows for faster changes that can be huge or very small, depending on the weights you use.

I found that in simply shifting the 15 gram weight from the front to rear position, the head felt completely different.  For me, the spin went up a bit – a positive for me – and I gained more control of the club (I have a longstanding problem with forward CG drivers).  I can only imagine what a good fitter can do for a player with this head and a full complement of weights.  From dialing in spin and launch to fixing slices or hooks, this driver gives you a world of options. 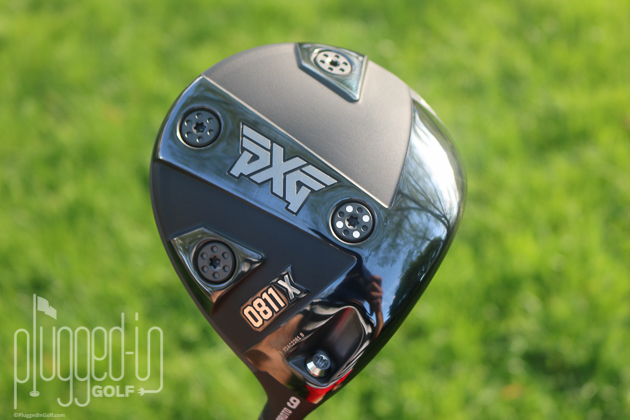 When you clicked on this review, you probably added “PXG” to “Proto” and assumed that meant an enormous price tag.  However, PXG is offering dramatically reduced pricing (on almost all their clubs) because of the pandemic, so you can put the 0811 X Proto driver in your bag for under $500.  If you want a driver that allows you loads of adjustability and great ball speed, this is it. 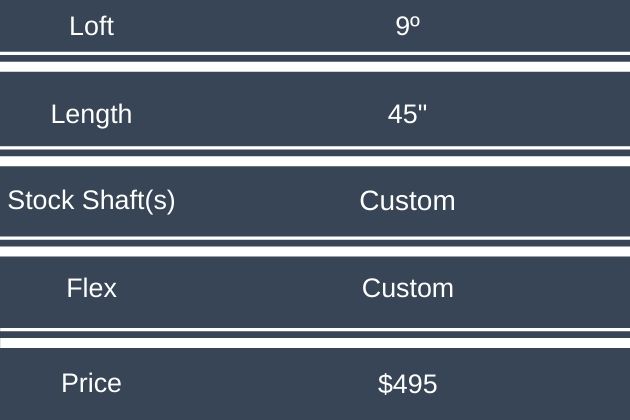