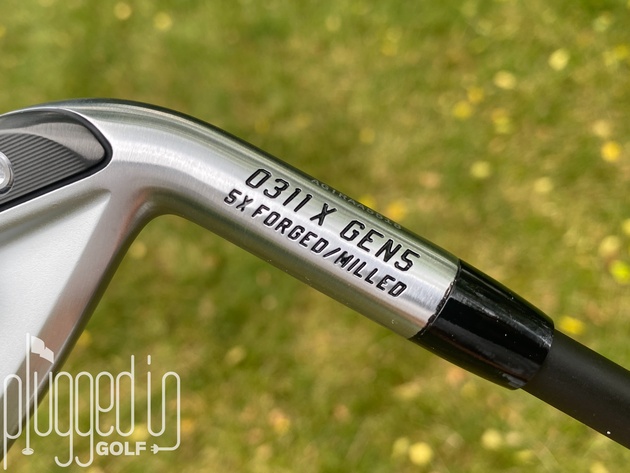 The PXG 0311 X GEN5 driving iron is very fast and quite forgiving, relative to its peers.  Beautiful address looks.  Launches low – you need speed and quality ball striking to get the most out of it. 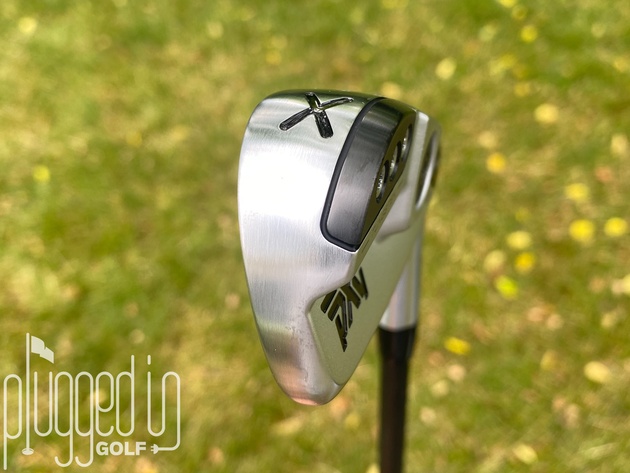 Last year, PXG released the 0311 X GEN4 driving iron [review HERE], which was an absolute weapon for the higher speed player looking to launch low-flying missiles down the fairway.  The 0311 X has now received the GEN5 treatment with XCOR2 technology and a fresh look.  Can it possibly improve on an already outstanding club? 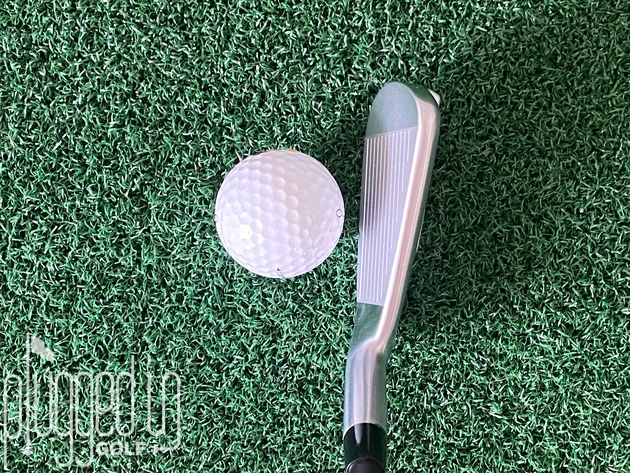 In the bag, the PXG 0311 X GEN5 driving iron is immediately recognizable as a GEN5 club due to the black sections at the toe and heel.  The other eye-grabber is the Precision Weighting Technology port in the middle of the head.  With so much attention-getting tech, PXG kept the rest of the design dialed down with a simple black logo in in the toe.

At address, the 0311 X GEN5 is, just like its predecessor, one of the best looking driving irons around.  They have the same minimal offset (less than 0311 T GEN5 4I, review HERE) and thin top line.  PXG has also maintained the face’s proportions.  Often driving irons have long, stretched faces.  The 0311 X looks like a normal iron.  Kudos to PXG for not messing with something that was already perfect.

The PXG 0311 X GEN5 Driving Iron is available in the chrome finish shown here and the Xtreme Dark Finish. 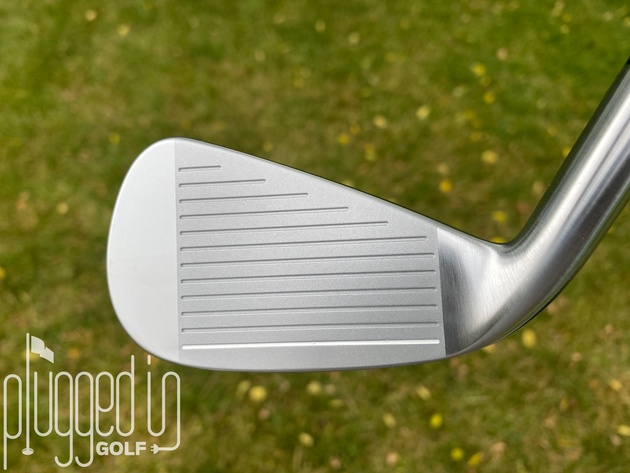 Anyone who has hit a PXG iron knows that they have a unique “bounce” off the face.  That has been dialed up in the 0311 X GEN5 to make it feel incredibly fast when struck well.  This is one of the most exciting clubs to hit pure because it’s satisfying in the hands, and the ball feels like it could be in the next county.

That springy sensation on centered hits is paired with a robust “snap.”  Both the sound and feel change noticeably when your strike quality deteriorates.  Mishits get louder and crankier, and you won’t get the soft, bouncy feel in your hands. 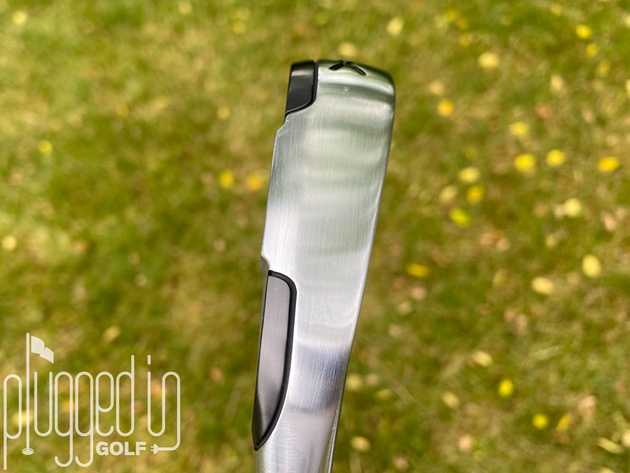 While much about the PXG 0311 X has not changed from GEN4 to GEN5, two important things have.  First, there’s a new core material – XCOR2.  This new material allows for more perimeter weighting and higher COR, meaning more forgiveness and more ball speed.  The other upgrade is the Power Channel Technology.  This is PXG’s name for the U-shaped groove inside the face which increases deflection to boost ball speed and launch angle, particularly high on the face.

These two technical changes deliver on their promise of higher ball speed and improved forgiveness.  For a slim 18 degree driving iron, the 0311 X GEN5 is shockingly tolerant of mishits.  You have to get fairly far off-center to see a big decline in smash factor.  When you do strike it pure, the speed is insane.  I saw numerous shots with a smash factor over 1.45, numbers typically reserved for drivers and fairway woods. 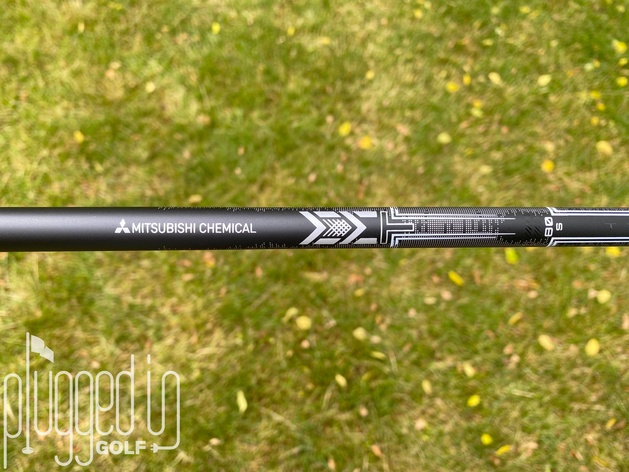 The one thing that this club won’t do for you is get the ball airborne.  It’s very consistent with its launch angle, but this club is built for penetrating trajectories.  As a low launch player, my stock swing was launching around 9 degrees.  Paired with the low spin that this club produces – RPM in the 2000s for me – you have the recipe for piercing stingers that can run forever.

I found the secret sauce with this club was setting up for a medium cut.  With that tweak, my launch angle climbed toward twelve, spin got closer to 3000 RPM, and I was essentially hitting driver off the turf.  If you have the right mix of speed, shaft, and swing, this club can be devastating to par 5s as well as long 3s and 4s.

Finally, one feature that I’m happy to see carried forward is Precision Weighting Technology.  Swing weight is a hugely impactful piece of club fitting that’s often ignored.  With Precision Weighting, PXG can get every player into their perfect swing weight with precision and without moving the club’s CG. 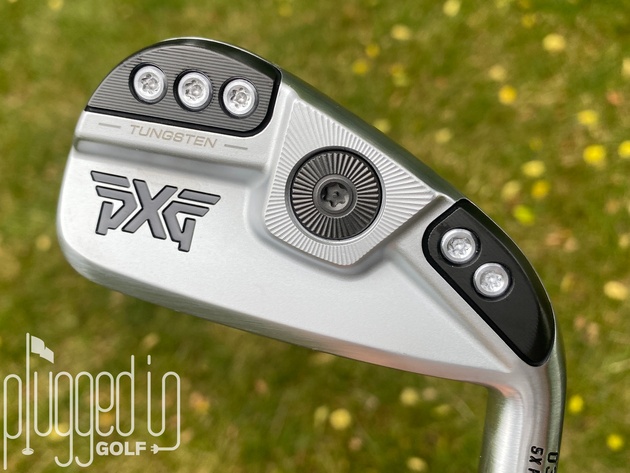 The PXG 0311 X GEN5 driving iron is a perfect sequel: they kept everything that was already ideal and upgraded the things that were merely excellent.  For players with enough speed – or those that simply love long, low, running iron shots – this is a long game weapon that you’ll be excited to reach for. 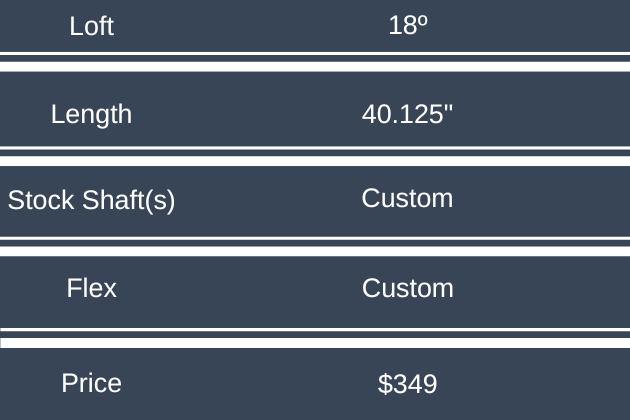