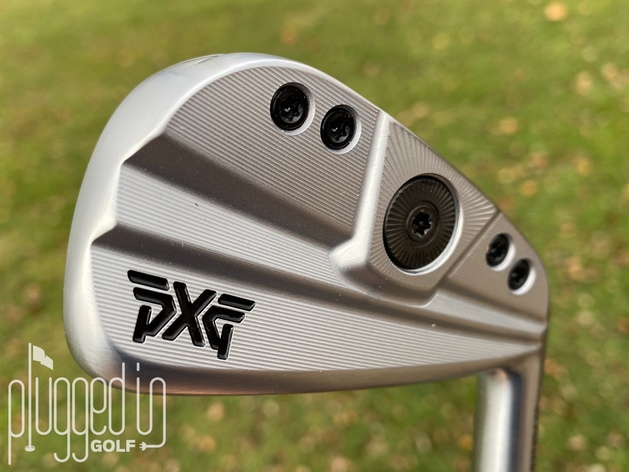 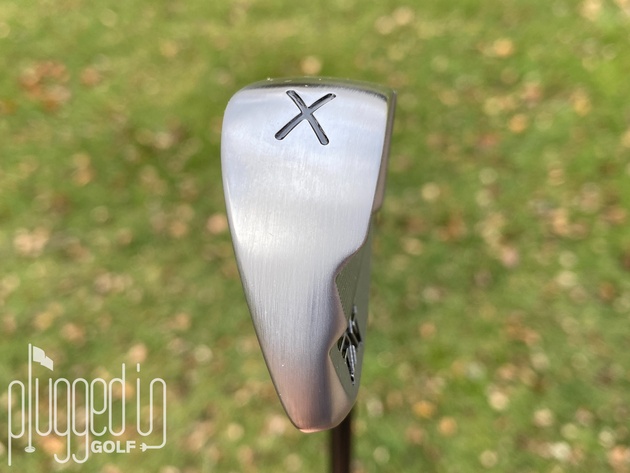 The PXG 0311 X GEN4 Driving Iron is a late addition to the GEN4 family, but one worth waiting for.  It was developed with PXG’s Tour Staff in mind, but there’s enough technology here to make it approachable for the low handicap amateur, too.  Let’s dive into one of the most impressive long game weapons I’ve tested lately. 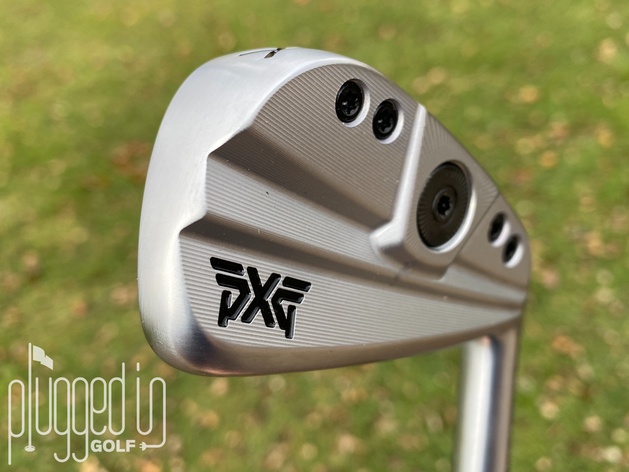 In the bag, the PXG 0311 X GEN4 driving iron looks nearly identical to the other PXG GEN4 irons.  Mill marks cover the stair-stepped back, and the PXG logo is tucked into the toe.  Four small weights surround the large Precision Weighting Technology port.  The distinguishing mark is the mysterious “X” where the iron’s number would normally be. 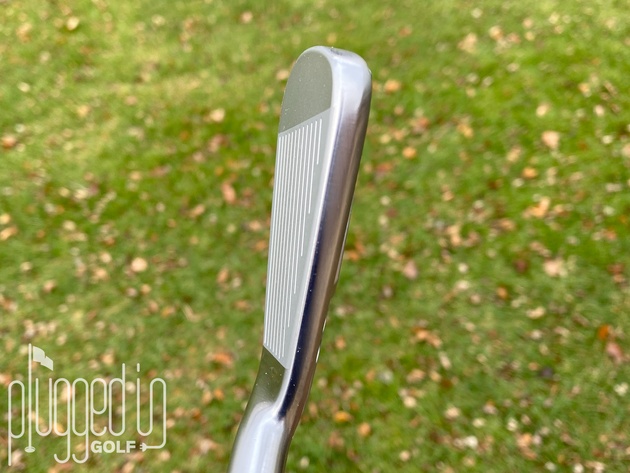 The PXG 0311 X GEN4 Driving Iron is available in the chrome finish shown here and the Xtreme Dark Finish. 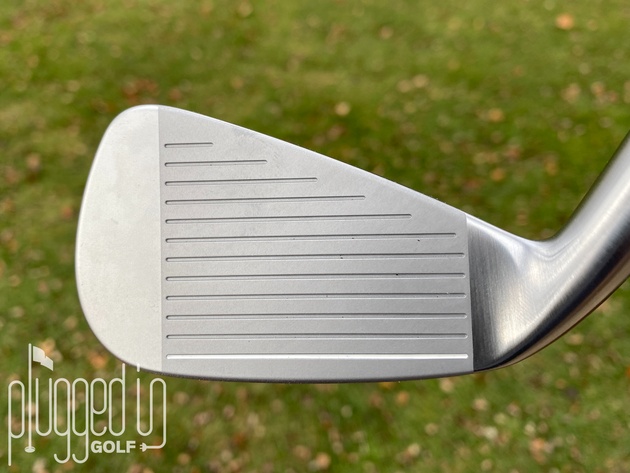 One of things that most excited me about testing the 0311 X was the chance to feel the new XCOR Technology.  XCOR is the material inside the iron head that supports the ultra-thin club face.  PXG describes it as “bunny rabbit soft and off-the-charts explosive” which is a description that’s tough to top.

I found the 0311 X GEN4 Driving Iron to be very soft on centered shots but still solid.  The pure strikes also had a healthy dose of PXG’s signature “bounce” off the face.  It’s a sensation that’s fast without being thin, and it’s very satisfying.

The feedback from this club is just as uncompromising as the Tour look.  When my strikes moved toward the heel, I knew it immediately.  The XCOR Technology keeps these shots from stinging your hands, but the feel is far from the rewarding centered feeling. 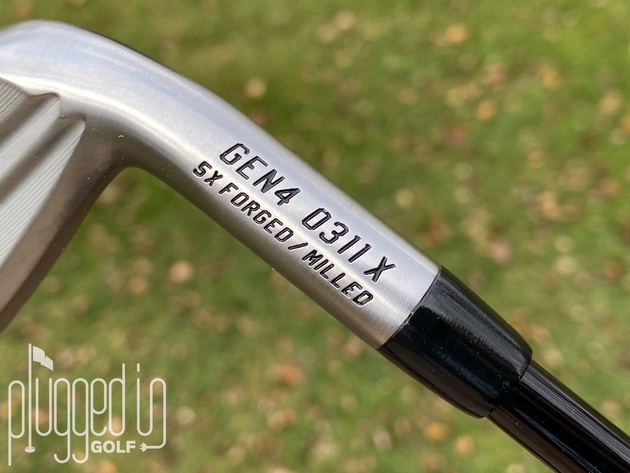 Few things in golf make me happier than when an OEM is honest about what their club does.  In the case of the 0311 X GEN4 Driving Iron, it looks like PXG took their talking points straight from my review notes.  Low launch, low spin, fast ball speed, and tight dispersion.  Check, check, check, and check.

The most standout number in my launch monitor testing was the ball speed.  On my best swings, I was seeing speed equal to a titanium-faced hybrid of the same loft.  That alone is a huge testament to the power of XCOR Technology and the Ultra Thin Face.  What’s equally important for non-Tour players is the forgiveness.  When my strikes wandered toward the hosel, I was still getting playable distance and trajectory. 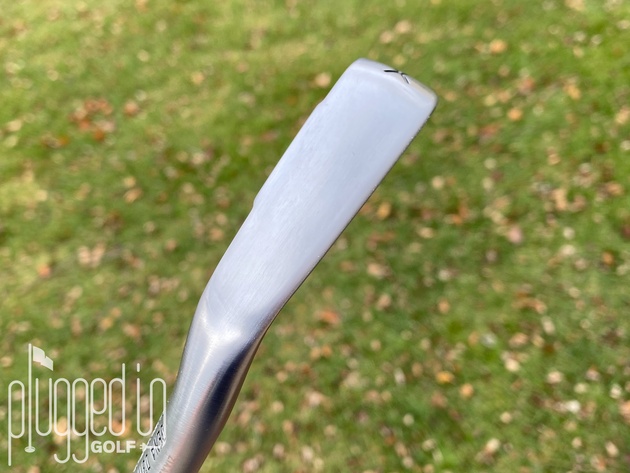 On the topic of trajectory, the 0311 X wants to fire piercing bullets.  I opted for a lighter, higher launching shaft but rarely saw spin above 3,000 RPM.  I am a low spin player by nature, so your mileage may vary, make sure you’re fit, etc.  The launch angles were robust – there was only a four degree gap between my thin strikes and my best swings – but they were low.  Make sure you get the right shaft and verify that this club fits your swing.

With that low spin, the PXG 0311 X GEN4 Driving Iron produces extremely tight dispersion.  While you can force this club to cut or draw, it really wants to go straight.  Obviously the face is not going to square itself, but if you do that part, you’ll find your ball in the fairway.  I’ll also re-emphasize that the X has very little offset, so players who fear the hook are going to love it.

I want to close with a quick reality check.  At 18 degrees (the only loft offered), this is not the best option for players without above average swing speed.  Similarly, though the forgiveness is good, there was a significant gap between my best and worst balls.  If you’re regularly utilizing the edges of the face, you’re likely a better fit for one of PXG’s hybrids [reviews HERE]. 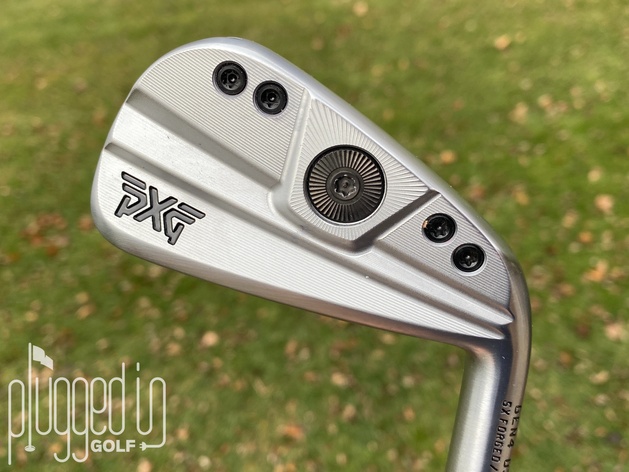 From the looks to the feel to the performance, I love everything about the PXG 0311 X GEN4 Driving Iron.  The launch monitor numbers are so silly I was accused in a text of posting my driver numbers.  If you’ve got the requisite speed and ball striking ability, head to your PXG fitter to dial in one of these for your bag. 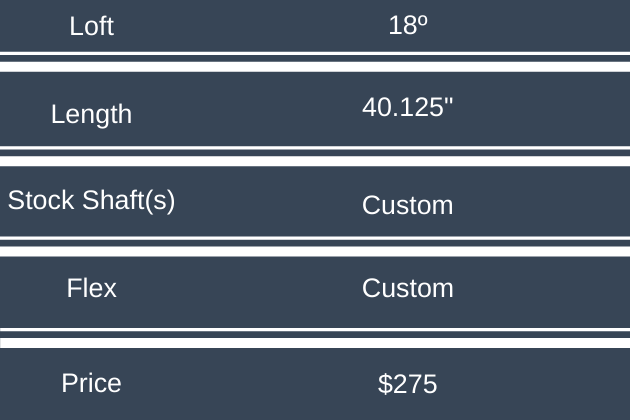