Sorry for the lack of a recap for last week’s tournament.  I was on vacation out of the country, and had no access to internet or a live feed of the Dean & Deluca Invitational.  If you haven’t heard already, Jordan Spieth won the event by a commanding three strokes for his eighth career win and second of the year on Tour. 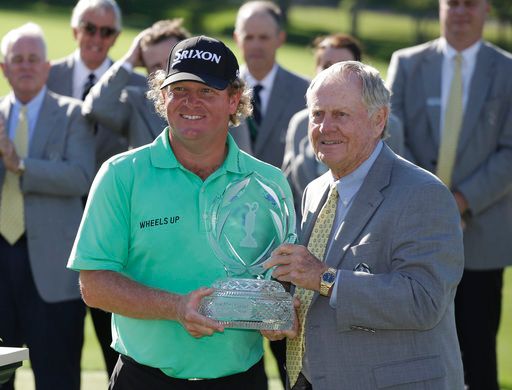 After periodic weather delays all weekend, Jack Nicklaus’s Memorial Tournament at Muirfield Village Golf Club finally ended Sunday night by way of a playoff.  The lone man standing atop the leaderboard at the end of the weekend was William McGirt, who finished the day Sunday with a 1-under par 71 despite rainy and windy conditions in Dublin, Ohio.

McGirt entered the final round on Sunday with the lead, after a stellar round of 64 on Saturday.  Although McGirt was atop the leaderboard, no lead is safe with familiar names such as Rory McIlroy, Dustin Johnson, and Jason Day loomed close behind.  Rain and weather delays periodically halted play at Muirfield, and turned in many scores that were very close to even par.  Earlier in the afternoon, Rory McIlroy had posted the clubhouse lead at 13-under par.  As the final round continued, it looked as though that might be the right number, and Rory even send out a tweet from his private jet that he might need to stick around in Ohio just a bit longer (Seen Here).

Despite the tough conditions, McGirt grinded out a solid 1-under 71, which included one lone birdie on the par 5 5th hole, but didn’t give any strokes back either.  On 18, McGirt left himself a 4-footer for par to tie the clubhouse lead of Jon Curran, who sat at 15-under par.  McGirt walked in his final putt, and back to 18 they went.  Rather than laying up with a fairway wood, as he did just one hole prior, McGirt opted for driver to try and cut the corner to the fairway.  McGirt left himself a tough lie in the fairway while Curran found the fairway.  Curran’s second found the center of the green, while McGirt’s approach found the greenside bunker.  With Curran looking at an easy 2-putt par, McGirt was forced to make a tough up-and-down, which he converted after a brilliant bunker shot, and saved par.

On the second playoff hole, McGirt drive found the center of the fairway, while Curran found trouble this go around with his tee shot finding the fairway bunker.  Curran was first to play and he caught a flier out of the bunker, sending his shot just long and left of the green, a spot that most would see as “dead” with Sunday’s pin placement leaving him with little room on a green that sloped away from him.  This left the door open for McGirt, but he was unable to capitalize, also sending his shot to the dreaded long and left position.  Curran’s chip ran way past the hole and down the slope, guaranteeing him a bogey-5, save for draining a miracle par put from 30 feet.  Then it was McGirt’s turn to play, and he amazed the entire crowd, including Nicklaus, with his shot from the rough.  McGirt opened up his lob wedge and hit a high flop shot that miraculously stuck to about five feet.  Curran missed his long putt, making a bogey-5, and McGirt was able to drain his five footer for a highly unlikely par, and more importantly, his first ever win on the PGA Tour. 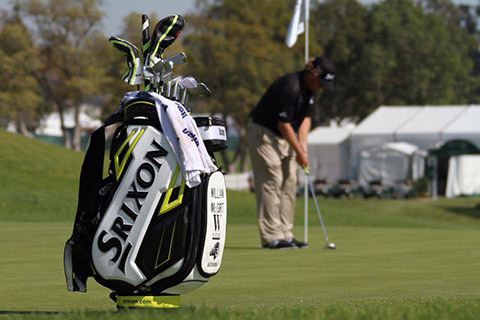 Up Next: St. Jude Classic

Top 20 Pick – Dustin Johnson: Yeah, yeah, DJ is the highest ranked player in the field so it’s easy to pick him, but for good reason.  He had a solid finish at the Memorial at solo 3rd, and was only one shot off of the pace.  It seems that his putting isn’t as atrocious as it had been in recent months, and man does he hit the ball a mile.  He’s also won on tour each of the last eight years.  With such a weak field, I’d expect this to be the week he breaks through, because it’s not going to happen at the US Open (yeah, you can quote me on that one).

Gary Woodland: Woodland is coming off of a strong T-4 finish at the Memorial.  He’s playing great right now, and this is a pretty weak field.  I wouldn’t call him a sleeper pick, but for someone outside the Top 20 in the World Golf Rankings, he’d be a strong pick to pick up a victory this week.

Graeme McDowell – I have no other reason for picking G-Mac here other than I love the guy.  I love his attitude, I love his accent, and don’t forget, he is a Major Champion.  Although he’s missed the cut in two of his last three starts, he finished T-9 in his last start at the Players before taking a few weeks off, and he has a win this year at the OHL at Mayakoba already this year.  I think the Northern Irishman does well this week.

Thanks for reading.  Check back next week to see if my picks were as far off as my picks for the Masters!