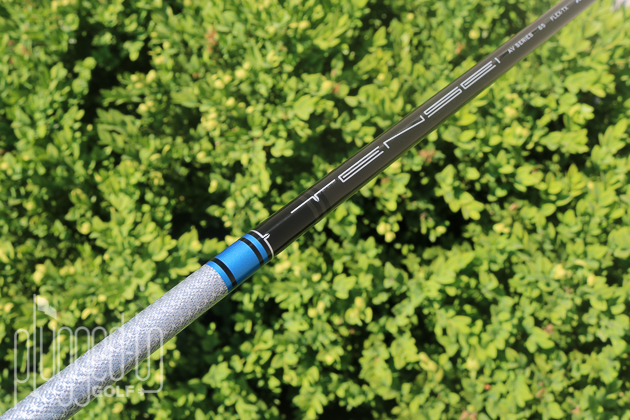 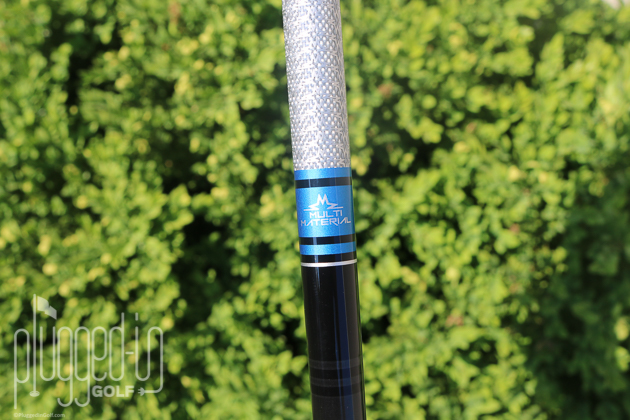 When you have a winning formula, stick with it.  Mitsubishi Chemical’s “smooth” profile is one of the winningest formulas in golf, whether you measure in professional wins, shafts in play on Tour, or retail sales.  The latest iteration, the TENSEI AV Raw Blue, uses an Aluminum Vapor Coated Weave to create one of the most stable versions yet. 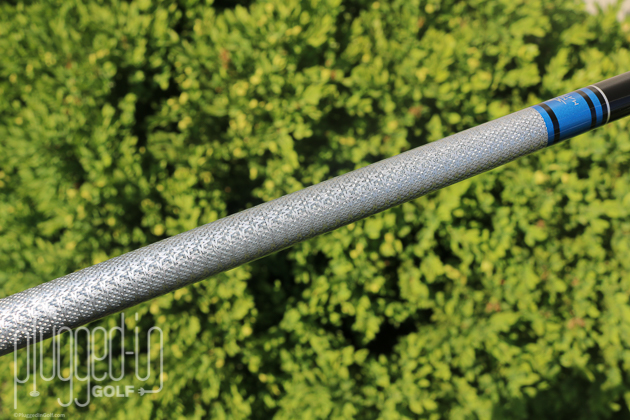 The eye-catcher on the new Tensei Raw AV Blue is the butt section.  An Alumnium Vapor (AV) Coated Weave is revealed by a raw finish, and the look is unlike anything I’ve seen before.

In the mid and lower section, this shaft is visually similar to its predecessors.  The Tensei branding dominates one side, and the other is plain black for those that want a distraction free “logo down” installation.  A thin band of blue denotes which model Tensei you’re holding. 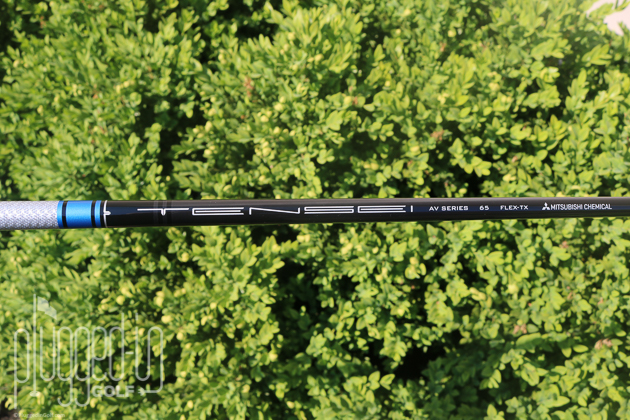 According to Mitsubishi, the TENSEI AV Raw Blue has the stiffest butt section and the softest tip of the TENSEI family, but those differences are fairly small.  Where the Blue really differs is in the middle, where it’s substantially softer than the TENSEI AV Raw White [review HERE] and Orange.

This shaft is one example where my experience lines up with the spec sheet perfectly.  To me, the TENSEI AV Raw Blue is very smooth through the mid section but without a big hinge and kick.  While the tip is noticeably softer than the White, the difference is smaller than I expected.  The AV Raw Blue is clearly the most active TENSEI, but it never felt out of control or unpredictable. 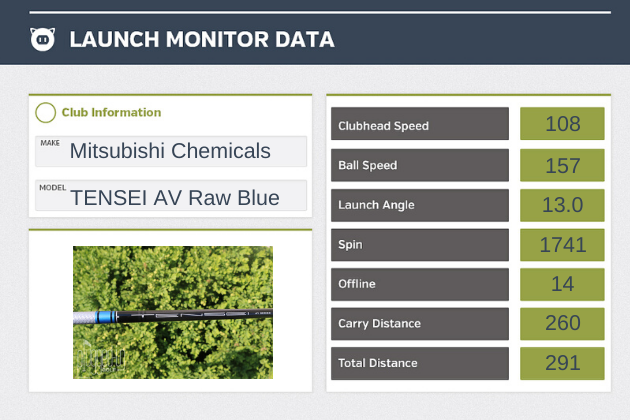 The most noticeable difference between this latest TENSEI Blue and previous “smooth” shafts is the stability.  As a player with a very aggressive transition, smoother, more active shafts tend to fill up the left side of the driving range.  With the TENSEI AV Raw Blue, I was seeing a mirror image of the excellent results I got from the AV Raw White.  Where the White produced shots that were straight to slightly pushed, the Blue worked from straight to small pulls.  In both cases, the overall dispersion was excellent.

You can see the difference between the slight push and the slight pull in the launch and spin.  While the TENSEI AV Raw Blue is billed as slightly higher launch and spin than the White, that wasn’t true for me, though it should be noted that the difference was not huge.  The Blue produced a slightly stronger ball flight because it rarely went right.  This is yet another example of why you need to try shafts yourself and get fit rather than buying based on spec sheets.

Note: please do not look at these numbers next to the AV Raw White and think, “Wow, Matt gained 4 MPH of club speed from this shaft change.”  As I’ve said dozens of times, launch monitor data from two reviews should not be compared apples to apples.  The higher speed is the result of a shoulder injury healing.

Finally, the 55 gram version of the Tensei AV Raw Blue includes Mitsubishi’s Straight Flight Weighting system.  Per MCA, this “makes it easier to turn the club over through impact, reducing the tendency to fade the ball.” 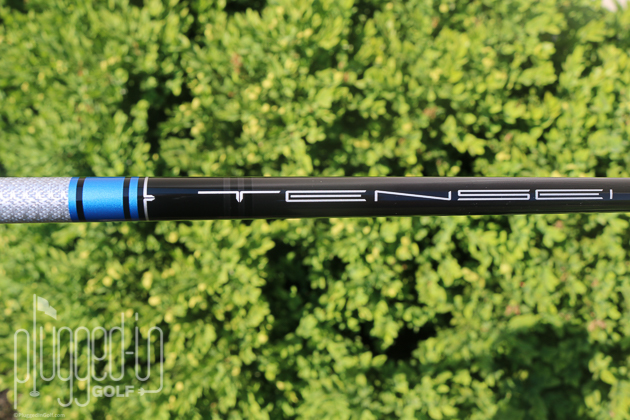 If you’ve stayed away from smoother and more active shafts in the past because of concerns about hooks, it’s time to take another look.  The Mitsubishi TENSEI AV Raw Blue shaft combines stability with a smooth feel like few others.